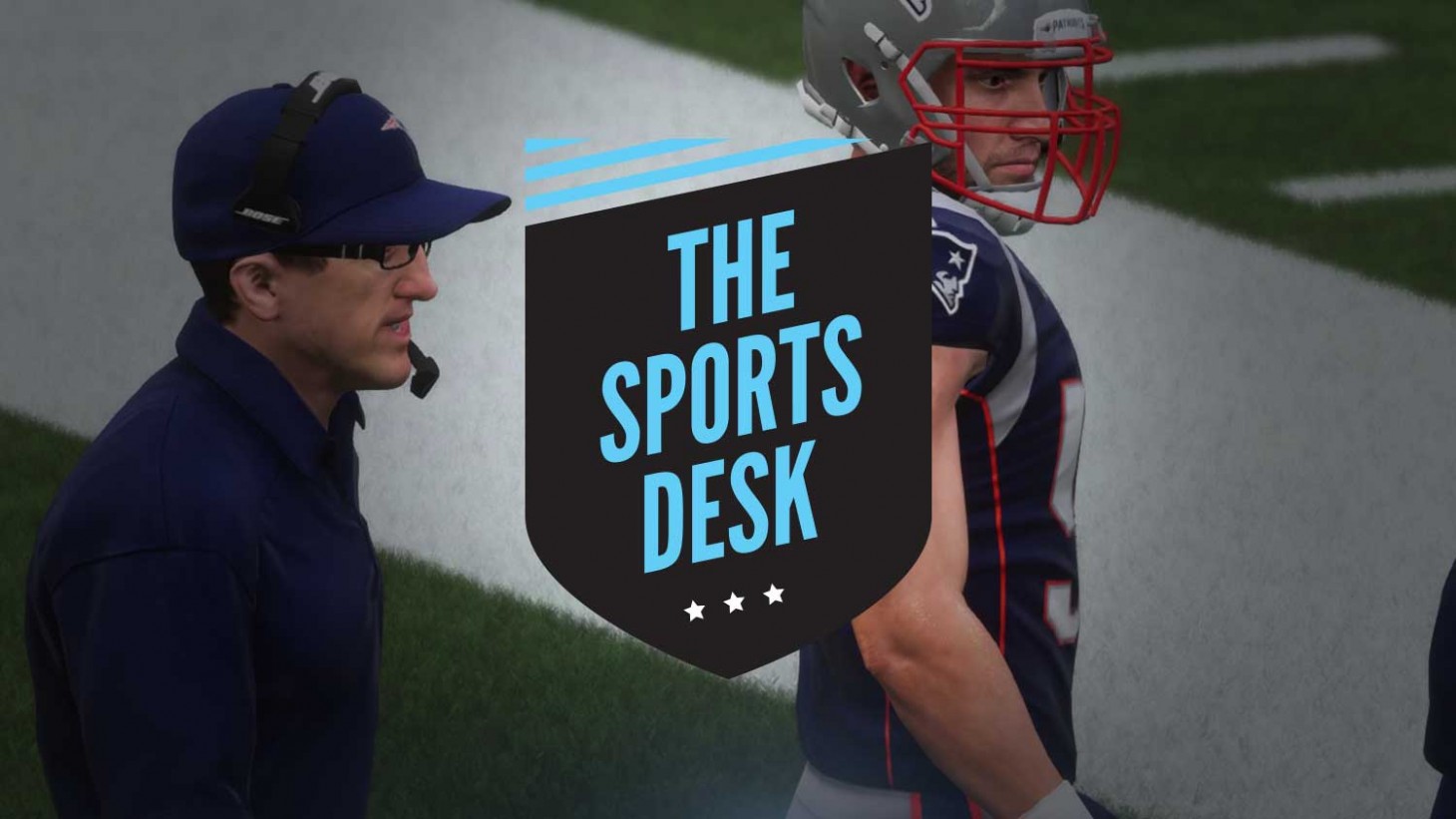 EA Sports' Madden franchise is known for its exclusive licenses covering the league, players, and coaches, giving the series an air of realism that many fans expect. But as the company has signed the licensing deals and the graphics and presentation aspects have gotten better, showing us the coaches roaming the sidelines between plays, one aspect has stuck out: Patriots coach Bill Belichick is not in the game.

EA Sports may have the license for the Coaches Association, but Belichick – one of football's greatest strategic (and sartorial) coaches – is not in the Association and therefore not in the game. Instead, he's replaced by glasses-wearing Griffin Murphy, an avatar that has become infamous in its own right. Murphy might not be real, but he is based on a real person – former EA Tiburon VP GM and series executive producer Roy Harvey, himself a Pats fan. We talked briefly with Harvey who told us how he became Belichick.

Why did they choose you in particular to be the Pats coach? When did it first happen?
Several years ago when we first started doing head scans the art team put out a call for those of us at Tiburon to come try out the tech for ourselves. They put our faces on sideline characters, referees and the like, which was pretty cool.

Then Jean Adams, our art director said, “Come down to my office, I want to show you something.” He had taken my scan and put it on the Patriots head coach, and took [then studio VP] Cam Weber’s scan and made him the coach of the New Orleans Saints. At first it was just a funny placeholder concept, but then it stuck and we made it into the game starting the following year.

When I first debuted in the game I was Chad Masters. I told Jean, “I can’t be named Chad Masters, it doesn’t work,” as he was the prior stand-in for Coach Belichick and different looking. So we landed on Griffin Murphy, which is an amalgamation of family names.

Did you do a mo-cap session with the skin-tight body suit and everything? Did they ask you to make any Belichick-esque motions or expressions?
Haha! No, I think that would have been a dealbreaker. We used the already-captured coach animations for my character so I didn’t get into the mo-cap suit. I will say that at the time the artists made me little portly, so I tagged that as a bug and had it fixed before the game shipped.

Do you get any bonus pay for your appearances in the game?
No, but it’s an honor to be digitally memorialized in one of the best game franchises in history. That’s payment enough for me.

Has anyone recognized you on the street from the game?
No one’s ever recognized me on the street, but I’ve asked people who play Madden if they ever play against the Pats. If they do then I’ll show them my in-game character, and a couple have asked for selfies.

What do you personally think of Deflategate and Spygate?
I don’t really have anything to say about that.

New Patch For Out Of The Park Baseball 20