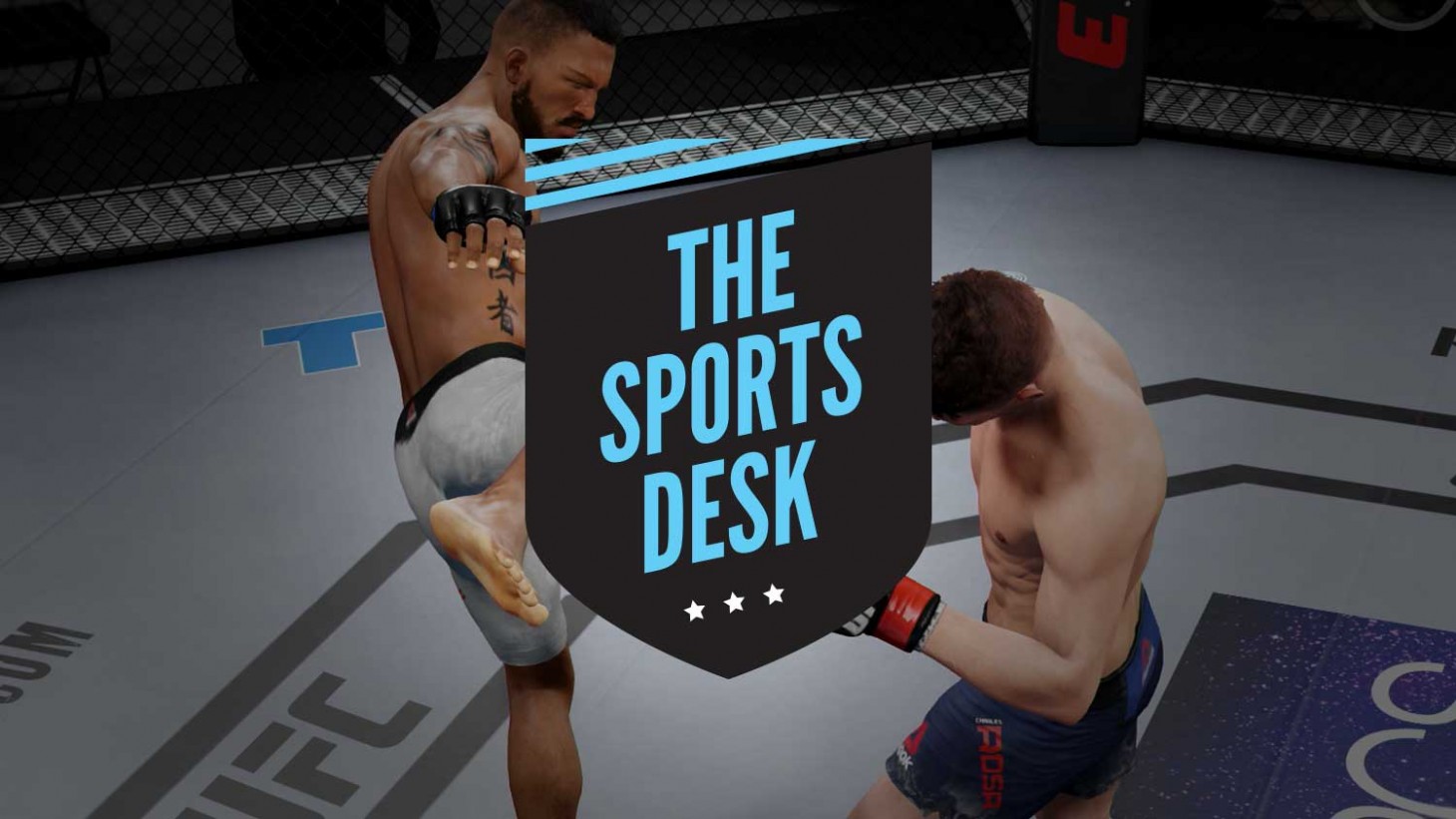 This week my colleague Brian Shea weighs in on what he thinks the UFC franchise should do to build upon the foundation of its career mode. Developer EA Vancouver hasn't officially announced the series' next installment, so there should be plenty of time for it to listen to Shea's excellent suggestions.

It’s no secret that I loved EA Sports UFC 3 when it launched last February. In my review, I called it, “the best MMA game ever released.” While I still stand by that statement, now that we’re a year removed from launch, I think EA Vancouver could still make several adjustments and improvements upon the already-strong offerings of its 2018 release.

UFC 3’s huge push was its new career mode. It delivered a fun trek from the local circuit to becoming the GOAT, but it fell short of truly delivering the feeling of being a UFC fighter. The basic loop of just training and fighting is a good first step, but there’s much more to being a fighter than just those two elements, and without things to break it up, the process of training can become tedious.

UFC 3 acknowledges that self-promotion and generating hype for your fights is a crucial in today’s MMA landscape. Last year’s entry let you respond to social media posts by your rivals and choose to brush off training in favor of streaming video games or doing promotional activities, but I’d like UFC 4 to take this a step further.

Give us press conferences where we can navigate dialogue trees to answer questions. Through these options, we can either build hype for our next fight, or maybe pave the way for a future rival or opponent. The same could be said about post-fight press conferences. After nearly every real UFC fight, Joe Rogan or another commentator interviews the winner. This gives them the spotlight to not only showcase some personality, but often call out a next opponent.

Of course, this would only work to its full potential if storylines are more prominent in career mode. This was actually a category in which I think UFC 3 moved in the wrong direction. With UFC 2, the career mode showed you not only the other fights on the card you’re on, but also the results of those fights; you could spot another fighter in your division tearing it up across each card, letting you play a narrative out in your head. UFC 3 removed the simulation logic, which hurt your awareness of what was going on throughout the rest of the UFC.

I want UFC 4 to create these narratives for you. Not only should UFC 4 resurface that simulation logic, showing the result of each fight on the schedule, but I would love for it to produce headlines coming out of each fight card – even if you’re not on it. We see this nearly every week in the MMA media: “Who is Conor McGregor going to fight next?,” “Is TJ Dillashaw going to fight Henry Cejudo again, or did Marlon Moraes earn his shot?,” “Does Stipe Miocic deserve an immediate rematch after losing to Daniel Cormier?” Obviously, this would require some complex solutions be put in place, but I’d love to see those narratives surface about the UFC roster at large, as well as the storylines that MMA reporters and fans are talking about as a whole. We get a little bit of that through the in-game social media, but it doesn’t feel broad enough.

Also, I really want to see things like weekly ranking updates, including champion turnovers. When UFC 3 launched, the same champion remained atop the division until you dethroned them. It’s so rare that a champion remains on top year after year, so I’d like to see that same simulation logic showcase the changing of the guards as you climb the ranks yourself. MMA is an unpredictable sport, and just because someone is the best now doesn’t mean another fighter can’t take their belt next month.

With the sport being so unpredictable, I’d like to see more leaning on those elements. Let us deal with the frustrations many fighters deal with in real life. UFC 3 toyed with the idea of getting injured if you overtrained, but you never suffered anything beyond a temporary attribute drop. I want the possibility of having to pull out of a fight if you go too hard.

Weight cuts also play such a huge role in the landscape of the sport, I’d love to have to showcase discipline to make weight, or be able to have some weight-class mobility beyond moving up to do a champion-versus-champion fight. Especially lately, we’ve seen fighters opt to go to heavier classes because they aren’t as depleted from the cut; what if you could choose to fight at a lower class, which gives you a size advantage, a boost in speed, and maybe even a shallower field of fighters in your path to the belt, but your chin, stamina, and power attributes take a hit? Things like this could help truly make it feel like your personalized story to UFC glory, rather than a cookie-cutter mode that shepherds you from one fight to the next.

If UFC 4 keeps the same foundation for its career mode (and I think it should), I’d love the ability to import custom characters and legends to populate divisions. UFC 3 did a fantastic job of adding post-launch fighters, but they missed several of my all-time and current favorites. However, due to the pretty good fighter creation suite, I could create pretty convincing fakes. Unfortunately, I couldn’t bring those fighters into career mode unless I was playing as that fighter. It’s not an essential feature, but it would be cool to import some of the custom fighters I made to see how they fare in the simulations as I make my own way to the top.

EA Vancouver’s updates to UFC 4’s career mode could be plentiful, but I would actually love a new offshoot of the traditional career mode that we haven’t seen before in a UFC game. Other sports franchises like Madden and NBA 2K allow you to become the general manager of your favorite team. It would be awesome if a UFC game borrowed elements of this to let you step into the shoes of a matchmaker or UFC executive like Dana White.

Taking control of the UFC in a GM-like mode would be a blast as you get objectives for each year, then work to fulfill them. Putting together fight cards each week to sell the most amount of tickets and get the highest ratings while running the day-to-day behind-the-scenes operations could prove beyond rewarding. Do you match up the two top contenders or give one of them a title shot? Do you establish an interim belt, or do you let an injured champion recover without a threat to his title? Do you give an unhappy fighter more money, or let them leave the UFC for another organization and sign a talented regional champ to fill their slot on the roster? Maybe it’s time to establish a new policy or weight class, or do a special tournament to determine a new champion?

You can already put together custom events and tournaments in standalone modes outside of career, but bringing these elements together into one cohesive experience could be enough to pull me out of simply replaying the fighter career mode over and over again. It’s definitely a longshot that this ever happens since it would be so different from anything else EA Vancouver has done to this point, but I could see myself getting lost in such a mode.

Other than these big changes to career mode, I’d love to see some tweaks to striking that limits the benefits of backing up while attacking, as well as some shake ups to the ground game to make an exchange with a skilled jiu-jitsu fighter feel different than someone who can’t hold their own on the ground, or is more from the wrestling discipline when it comes to ground situations.
We don’t know when (or even if, for that matter) EA Vancouver will announce UFC 4, but I’m hopeful that they will include some of these elements. What would you most want from a new UFC game?

Skateboarder OlliOllie: Switch Stance Out Now In the Nintendo eShop