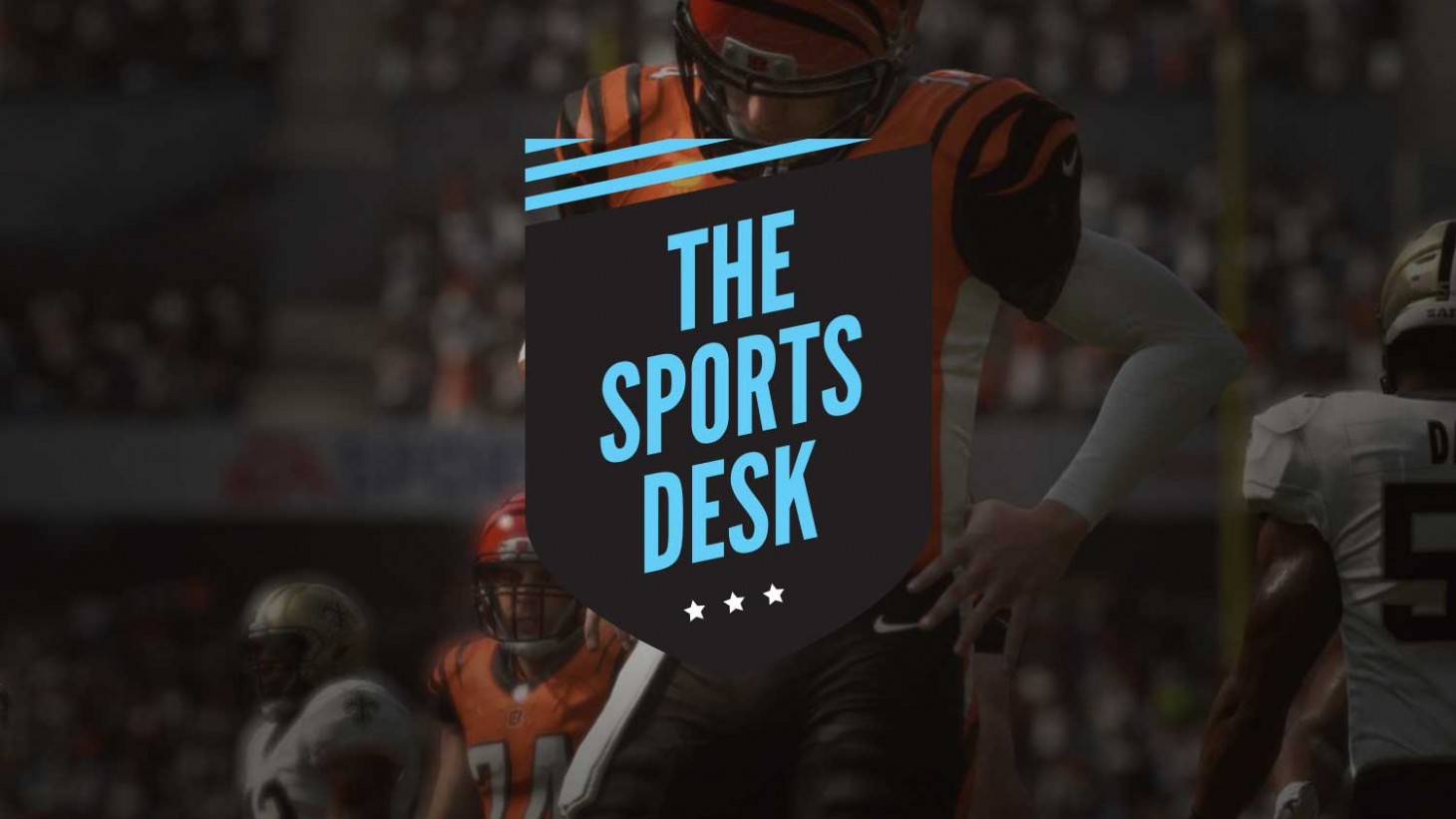 Maybe it's just the megaphone effect of social media and various forums, but it seems like fans are angrier than ever about this year's crop of sports games. Are the titles that bad, has the frustration boiled over from previous years, or is something else entirely going on?

I'd argue that it's all of the above. Even as games like NBA 2K19 added a mentorship system and NHL 19 revamped the scouting of its franchise mode, titles like FIFA 19 and Madden 19 largely stood still. Many of these games still definitely have fun features, modes, or gameplay moments, but a building backup of legacy issues has worn many fans down to the bone, and if there are bugs, unreliable servers, furloughed features, or over/underpowered elements, the community is going to find out about them all and let the world know quickly and loudly. The natives are restless, as they say.

One of the things that has exacerbated the situation is developers and publishers are treating launch day like it's just another stop on the game's ongoing evolution instead of a day celebrating a product that's putting its best effort forward.

The grueling yearly development schedule and the fact that companies have the luxury of dropping post-release updates online (ignoring those around the world with bad or non-existent online connections) makes release day less a deadline and more of another stop in an ongoing project. This, of course, recalls the endless debate about whether sports games should move off the annual schedule, but I want to bring up another point in the discussion – release dates. The fact that some series' launches are being pushed forward by as much as a month over successive years is odd given how important time is to the development of a game.

This console generation, Madden's release date has been pushed up 16 days from Madden 15 to Madden 19. NBA 2K has jumped up 31 days from NBA 2K15 to 2K19. The Pro Evolution Soccer series has gone from a traditional mid-September release to on at the end of August.

I can't prove that the creep of a few days or even weeks over a multi-year period has a cumulative, negative effect on the product – or that it does at all. However, in a larger sense, it bothers me that the release dates of some of these games are seemingly at the mercy of marketing.

In the case of Madden, I suspect EA wants to capitalize on the "Football is Coming!" pre-season hype to kickstart the game instead of waiting for the opening weekend, or perhaps to steer clear of Kickoff week entirely and to give the title its own space. NBA 2K and NHL also do this by coming out weeks before their real-life seasons start and perhaps to avoid the holiday blockbuster crush, but at what cost? Similarly, I wager Pro Evolution likes that it can get to market before FIFA hits at the end of September. But if this year PES 2019 came out a month later, could it have avoided the hit with the fanbase when the A.I. needed to be fixed via a post-release patch?

With all due respect to the many people who work very hard on behalf of games in companies' various marketing departments, at the end of the day gamers don't care about marketing. They just want to enjoy the modes and gameplay without the bugs, online troubles, and other frustrations.

Maybe publishers should delay a yearly sports title if it needs it. Would prolonged, early beta periods with public test servers allow the teams to draw from a large amount of player data in order to monitor and adjust gameplay as well as handle/gauge traffic before launch?

For example, even putting aside for a second the gameplay changes made to the NHL 19 beta for launch that have angered some fans, perhaps a delay would have benefitted the title, which somehow picked up server problems after it was released into the wild that persist to this day.

I'm not even a marketing or supply distribution novice, but in terms of delaying a game, is a specific release date that worthwhile to set in stone (often many months in advance) when everyone already knows your annual, clockwork fall sports game is coming...in the fall? Would pushing back a few weeks for polish hurt? Other titles in other genres no less anticipated do this all the time and nobody cares as long as the game performs as expected.

Furthermore, I'd argue that sports games aren't like traditional games or other media where the first week of sales is make-or-break. The sports games routinely pop up in the NPD for weeks after release, get bumps corresponding to the sport's real-life playoffs, and in the case of fall titles, receive another wave when Christmas hits. NBA 2K, Madden, and FIFA even sell well year-round.

At a minimum, I'd like to see release dates not keep creeping forward and for games' release dates to be based on when the product is ready and not an immovable spot on the calendar.

There are many reasons games have bugs, features don't work properly, or gameplay perfection is elusive. Given that game development always features myriad hurdles, I hope companies are looking at all options to help their teams deliver better quality to the fans on launch day and not just after their frustration has already boiled over.

NBA 2K Mobile Is Out Now iOS (Soon for Android)