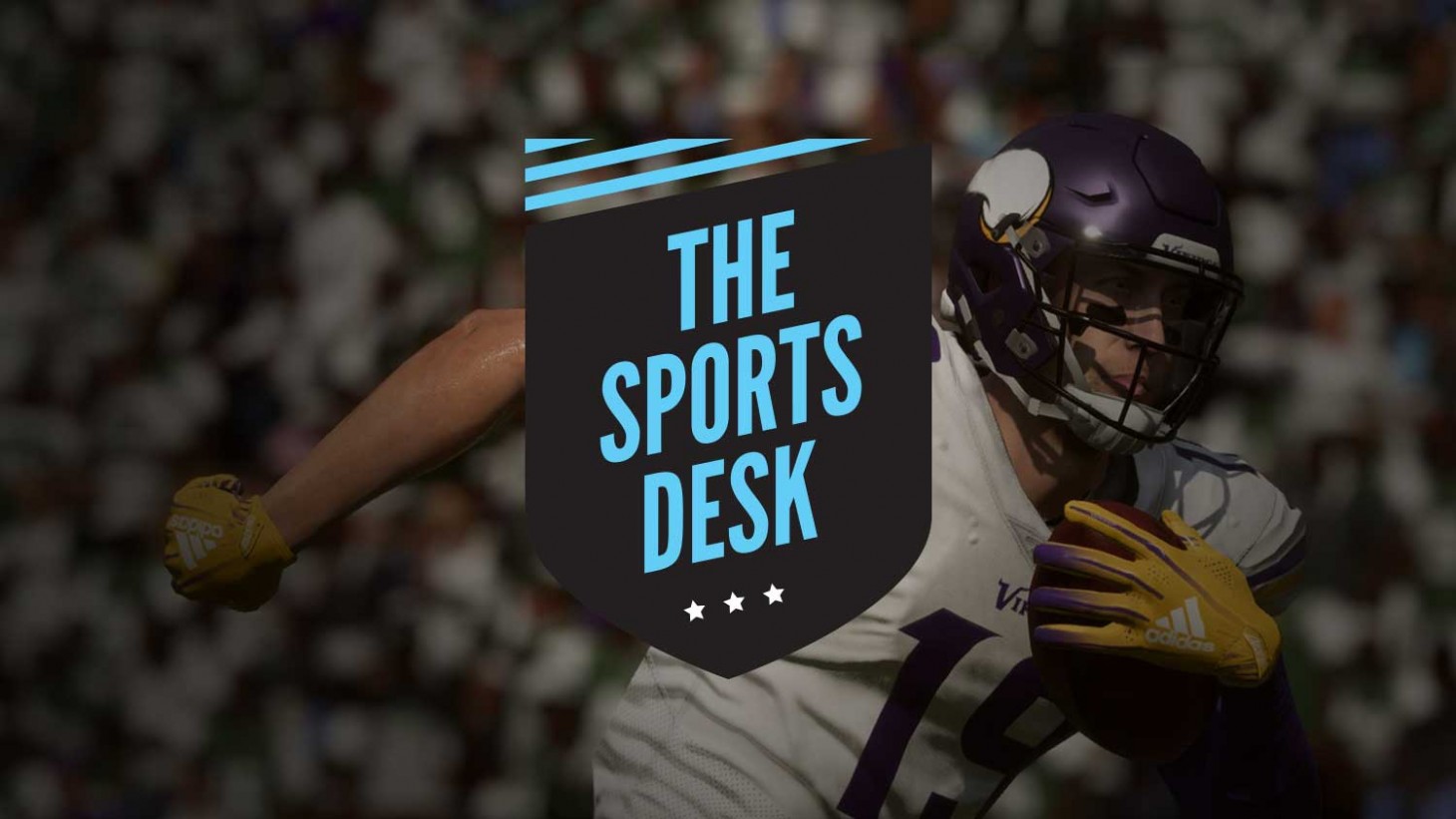 Madden 19's launch in August didn't go as smoothly as developer EA Tiburon hoped. A host of bugs surfaced, and the game's new RPM motion system wasn't an unqualified leap forward for the series, among other criticisms.

The game has been improved across the board since launch, including addressing some specific problems I asked the development team about when I initially submitted my questions. I've nevertheless included those questions (the responses come from Mike Young (creative director), JP Kellams (development director), and Clint Oldenburg (lead gameplay designer)) since they show the game's progress.

So read on to find out the team's answers regarding what's been going on with Madden 19 and what may be addressed in the future.

In fans’ feedback, what has been the most well-received aspect of the game as well as something that they haven’t been as enamored with?
We’ve heard a lot of good feedback around RPM Tech, the updates to Ultimate team, and the return to PC. It feels really good, as those are some key things we focused on this year and we worked really hard to implement correctly.

On the other end of the spectrum, we’re looking at how to make Schemes more meaningful and cleaning up some of our gameplay bugs. Schemes seemed to be a bit polarizing, and while they’ve helped newer and more casual players build their teams in Franchise, there’s more we can do there to make them meaningful and fun for everyone.

Some of the game’s issues and bugs at launch have been addressed via updates, but why were these not identified and addressed during development (such as defenders not being able to play the ball in mid-air, players not being able to pick up fumbles, scores not tabulating from quarter to quarter properly, and more) before launch?
We’ve got a great QA team who works really hard to squash bugs and make sure the game is at the best possible quality by launch, but unfortunately some things slip through, or sometimes something fixed in a title update causes a bug to appear in another part of the game. The number of interconnected systems in a game like Madden make it very challenging to achieve perfection for launch, but the team works tirelessly to fix every single issue they can, and they continue working post-launch to keep improving the game.

In addition to that, we also make sure to listen to the feedback from our players that will drive us to make creative pivots after launch, and a great example of this is the defender catching you mentioned. That was a gameplay design decision to use ratings more to determine which players could make more difficult catches and which could not. Once our players started playing the game, they made it clear to us that they wanted something different in that space, so we changed the design to deliver on that request.

Does the A.I. defense automatically call its play based on which play you select – something that fans have theorized happens. Or does the A.I. follow its own, separate playcalling logic?
A.I. playcalling is fairly complex, but it accounts for things like game situation (down, distance, score, time remaining), tendencies, and personnel. We try and make sure teams play close to their real-life counterparts, so certain teams will blitz more often than others, some will tend to play more zone coverage, things like that.

The A.I. doesn’t “see” your play and then call a counter, but rather tries to guess what type of play you’re going to run in a given situation and then make a call on what it thinks would stop you. For instance, if it’s third and long you’ll often see a blitz because the A.I. knows you’re going to try and make a long pass and it wants to disrupt your timing and force you throw quickly and either get an incompletion or end up short of a first down.

Why does Solo Battles have its own gameplay feel/rules/execution that’s different from regular play or regular MUT even, such as impeded acceleration during kick offs (which were addressed in updates)?
While our scoring system in Solo Battles is unique, we don't do anything fundamentally different with gameplay in the mode. In fact, players have the option to choose their difficulty, suiting their style. One thing that is important to note is that in MUT [Madden Ultimate Team], there are very few places where someone will play the CPU on All-Madden difficulty. This difference might be what you are pointing out. But with this choice, we also provide great rewards that benefit our players, and we continue to provide different ways to interact with the mode, including our recent Solo Battles Blitz promotion. The kickoff issue specifically was a bug and was resolved.

Has any hiring been done to fill Carlos Guerrero’s position or other senior leadership positions?
We don’t have anything to announce related to new hires, but Mike Young is continuing in his role as creative director for the franchise, and Seann Graddy has returned to serve as executive producer for now.

Do you have any plans to introduce any new offensive or defensive schemes or player archetypes for CFM, or in any way widen which/how players earn skill points or earn XP?
We’re looking into opportunities to expand and update this system in the next Madden, we’re listening to community feedback on what people like and dislike and working on some new ideas.

What has been fans’ reaction to CFM’s new Scheme Fits progression system and have you learned from it?
Overall they’ve gone over pretty well, and a lot of the feedback is that players like the simplified player progression because it provides clear paths and removes guesswork. Some of our more core players want to see more nuance in the system though, so we’re looking at that. They key is striking the balance between making schemes and progression feel valuable while also not making them overly-complicated.

Fans have been excited about how well MUT has been supported so far. Has the release of content for the mode gone according to plan or have you had to adjust? Do you expect to keep up this pace through Christmas and/or afterwards?
Our MUT developers have spent the last few years honing their skills and getting the systems in place to consistently deliver high-quality, new content. We’re very pleased with the pace and amount of content going into the game, and want to keep it going as long as possible.

We’ve got some big events planned for Halloween, Thanksgiving, the Holidays, and the NFL Playoffs, as well as smaller content drops in between the major moments. Our overall goal is to keep MUT feeling fresh and new, so that you’ve always got opportunities to add new players to your team or chase new goals.

Is the team trying to implement this season's QB roughing the passer penalties in the NFL for players driving their weight (90% of their weight? The majority?) onto the QB during sacks?
If we do anything with the new roughing the passer penalty it would have to come in a future edition of the game. We don’t currently have animations or penalty logic to account for defenders driving their weight on the QB. Also, it’s probably more fun for our players to be able to celebrate a great sack without having to worry about if they’ll also be penalized.

Where is the team in the development of Madden 20?
Believe it or not we’re already hard at work on implementing the new features and doing a lot of the heavy lifting around getting new features in and getting the game stood up. Because our development cycle moves so quickly we have to clearly prioritize our goals and don’t have any time to waste getting there.

Fortunately we’ve got a great, experienced team who understands our cycle and is doing a tremendous job in keeping us on-track. It’s pretty heads-down right now, but we’re making great progress and we’re looking forward to sharing some of our big ideas for the next Madden as soon as we can.