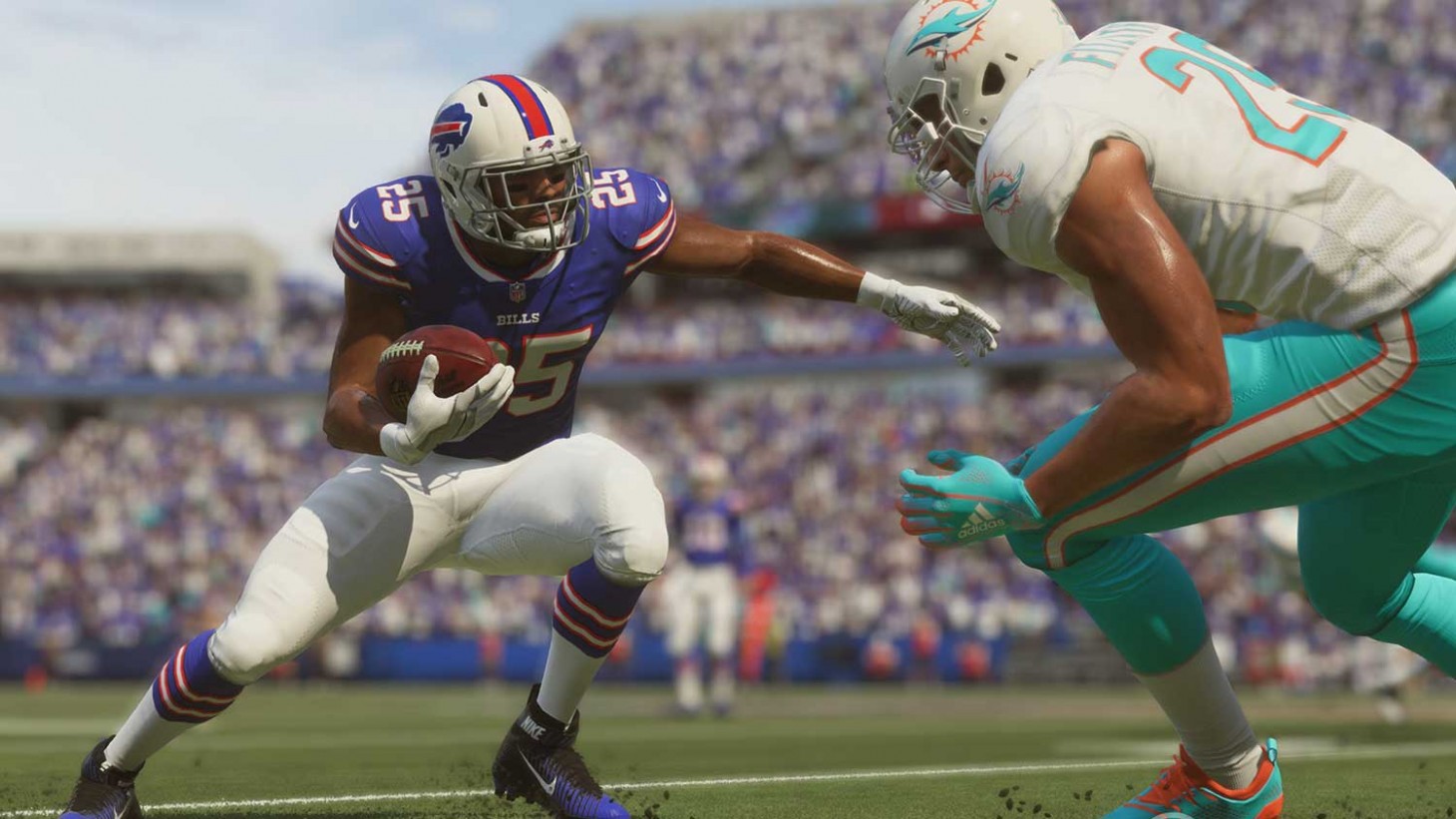 I can’t tell you how many Maddens I’ve reviewed, and how many more I’ve played. But believe it or not, I still get excited for each new entry. It’s not just a corollary to the general hype of an upcoming football season, it’s an excitement specific to Madden itself. I still get charged orchestrating a back-breaking 80-yard drive and daggering my opponent, or capping a season of scouting with a coveted draft pick in Franchise mode, or sniping cards in Ultimate Team.

Madden 19 sits in an awkward position; some of the new features and additions I like but don’t love, others I’m indifferent to. Still, it makes enough changes and proves enough to avoid the “roster update” tag.

The new player progression in Franchise mode is one of the Madden 19’s calling cards, but its confusing nature only made me work harder to get the results I wanted. You still earn XP for your players, but instead of using it to buy points for the attributes of your choice (like speed or route running), you buy an approximated player archetype upgrade (such as Field General for QBs) that raises your overall rating one point and awards you randomized bonuses for the attributes pre-assigned to that archetype. I don’t mind that this system treats progression as a squishy unknown. However, I dislike its rigid offensive and defensive schemes.

The schemes you pick determine which player archetypes earn extra XP during training and have a better chance of hitting the randomization jackpot, but they can’t accommodate your designs. What if I want to employ the Run & Shoot offensive scheme, but don’t want to put points into turning my running back into a receiving back even though that’s the archetypical role determined by the scheme? Or what if I want to pump points specifically into my QB’s deep ball accuracy – a crucial attribute if he’s to be anything above mediocre? You can still spend points into related archetypes and hope randomization rolls your way, but if your players aren’t a scheme fit, then you’re not getting the most from the system.

As the coach, I want to be able to play to my players’ existing strengths and use them in ways that my opponent can’t handle. Patriots head coach Bill Belichick didn’t win five Super Bowls and become a coaching legend by picking a scheme and then forcing his players into it. He is the architect of his own greatness by using what he has in ways that win. In Madden 19, you have to work around the system to get to where you want to go, and randomization aside, I think that on average your players progress about the same as they would have last year, which makes this whole charade unnecessary.

Other than the new way to progress players, the Franchise mode is largely the same, leaving areas like free agency and scouting untouched. The one addition that can make a big difference is the ability to create custom drafts, meaning it’s only a matter of time until some intrepid gamer with time on their hands recreates the entire real-life 2019 draft class and beyond for everyone to download. Ironically, this feature gives fans what the progression system takes away: control.

Control has also been taken away in Longshot: Homecoming, the final story for Devin Wade and Colt Cruise. The mode has almost no choices in it, but its larger problem is that even though it’s good to catch up with Devin and Colt, the story and its new characters tread well-worn territory too familiar to be exciting. The story, as the name indicates, focuses more on Mathis, Texas than the NFL, and some of its beats even mirror FIFA’s The Journey.

Regardless, Madden still has some of that veteran magic. I particularly like this year’s passing game; reading the coverage and dropping the ball between the zones for a sideline catch is satisfying. It’s also strangely fun because incompletions are more frequent (A.I. QB stat lines are largely the same, though). QBs cause some of this with their throws, but sometimes it’s because a receiver can’t hold onto the ball after contact. You have to make sure you understand the coverages and where the soft spots in the zone are otherwise you’re asking for it. Linebackers in underneath coverage are also dangerous because they read your intentions and gobble up interceptions. Pass catching itself is aided through having more time to choose your catch type, which feeds into the kinds of receiver/defensive back interactions you see.

The other half of the offense – the running game – also has its ups and downs. The new one cut plant-and-accelerate move (for offense and defense) is good out in the open, but is hampered by running backs’ continued sluggishness around the line of scrimmage and the animations that run before you expect them to. The latter fights with ball carrier’s overall fluid movements, which continues to improve.

Regardless, Madden’s animations often merge with gameplay, representing the quintessence of football in both small details and vivid representations. The big hits, for sure, but also when cornerbacks drape on receivers and poke the ball out. It’s a well-executed block springing a run as well as a defensive lineman shoving a 300-pound man aside to get a hand on the running back.

Madden Ultimate Team continues to capture the addictive fantasy football aspect of the sport, with a less costly upgrade system for certain cards and new ways to earn coins, packs, and items through Solo Battles (games against the A.I. using real users’ teams) and Squads Challenges with your friends in co-op against A.I. opponents. Every coin counts, and the Solo Battles payout is a great early-game way to bank coins for those who don’t want to pay real money for packs. It’s another tool in a mode that does a good job of providing different paths to assembling your team. In the long run we’ll have to see how developer EA Tiburon supports Ultimate Team around mid-season and how this year’s proliferation of chemistries shakes out to get a better appreciation of how the mode is doing.

Madden 19 doesn’t have earth-shattering features that draw me in. Some new features don’t shake out how I hoped they might, and other problems haven’t been fixed. But I’m still going to spend hours with this title for the way it captures the sport and puts me in the center of it with some fantastic gameplay moments. Like when the real life team you root for loses in the playoffs, you rue the mistakes but smile at the victories that got them there. Being a video game sports fan and a fan of real-life sports is no different. Sometimes things don’t always go the way you think they might, but if you can’t find joy in being a part of it all, then perhaps you need to find something else to invest your time into.

MADDEN ON PC COMES OUT OF RETIREMENT

The first PC edition of Madden in a decade performs just like the console versions except the game simulation times in Franchise mode are about cut in half and the menus stutter a little less. Longshot cutscenes are also smoother, but not overly so. The PC version has mouse/keyboard support as well as a suite of customary graphics options, but it doesn’t support mods or have dedicated servers, so its advantage over the other versions is only slight. 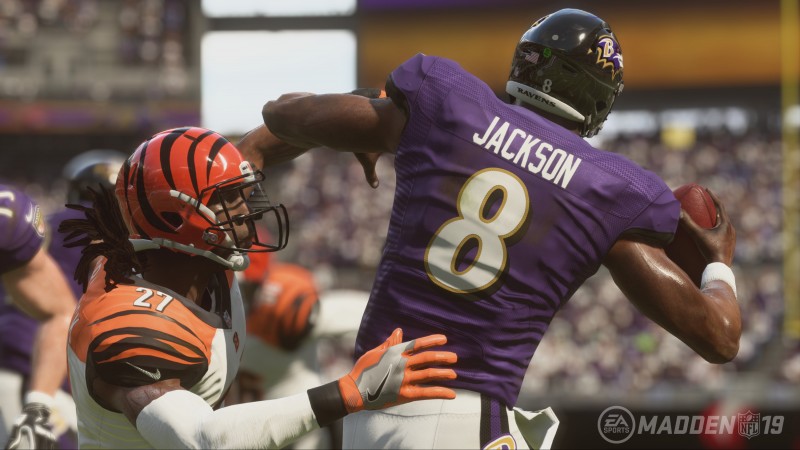 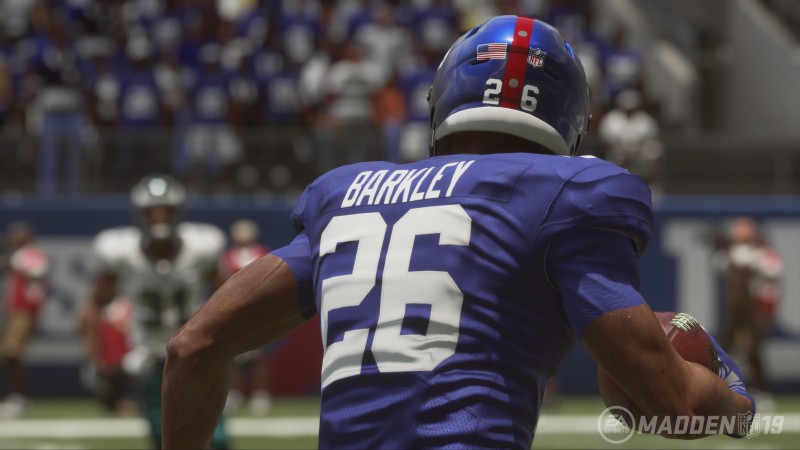 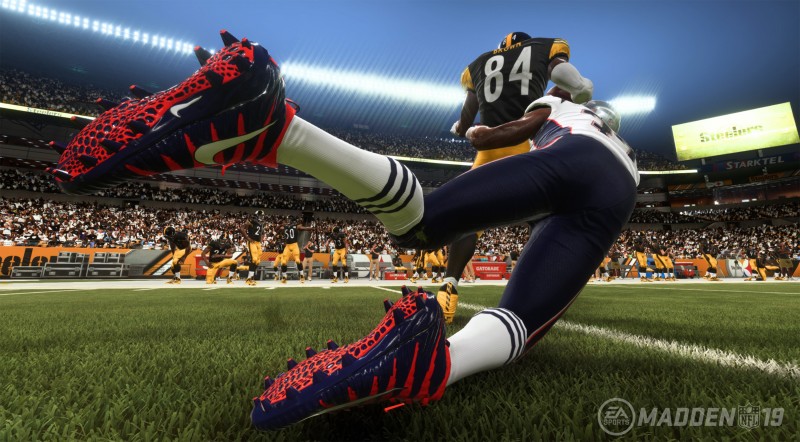 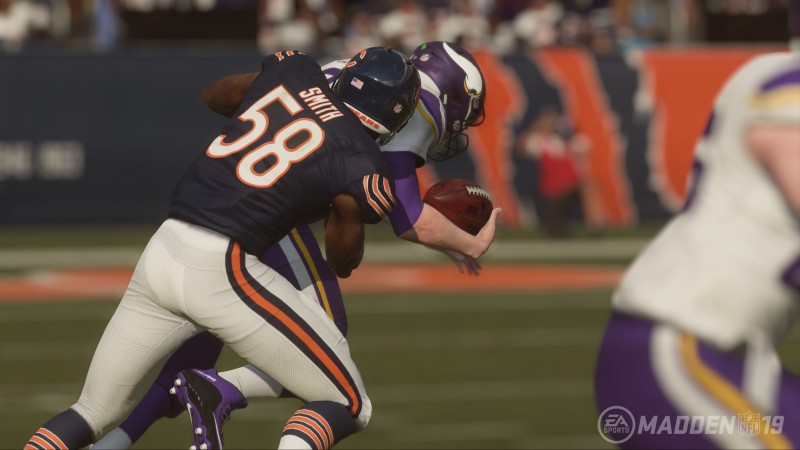 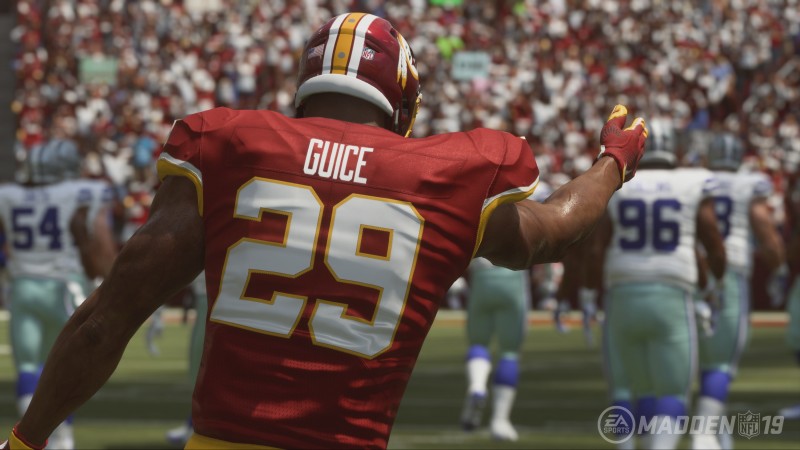 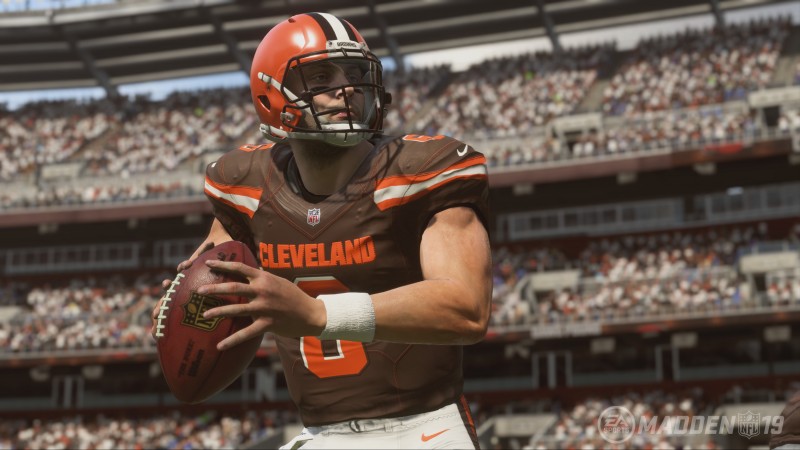 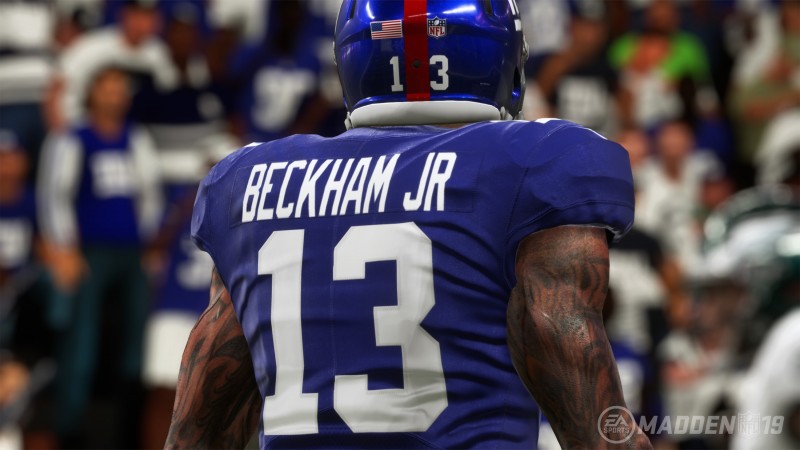 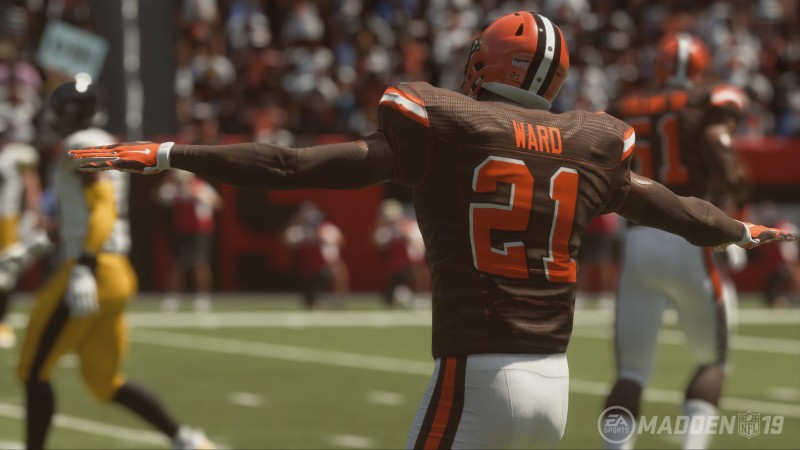 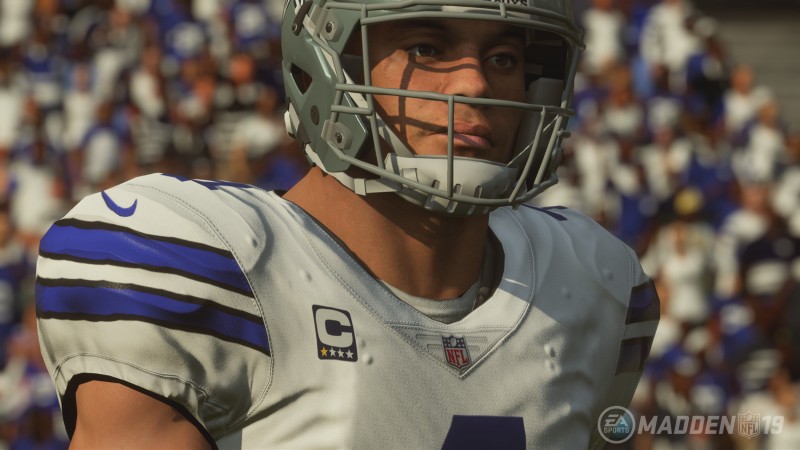 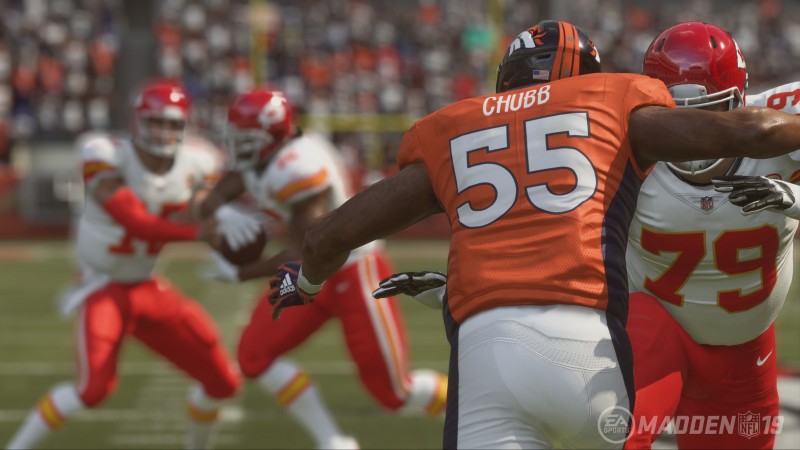 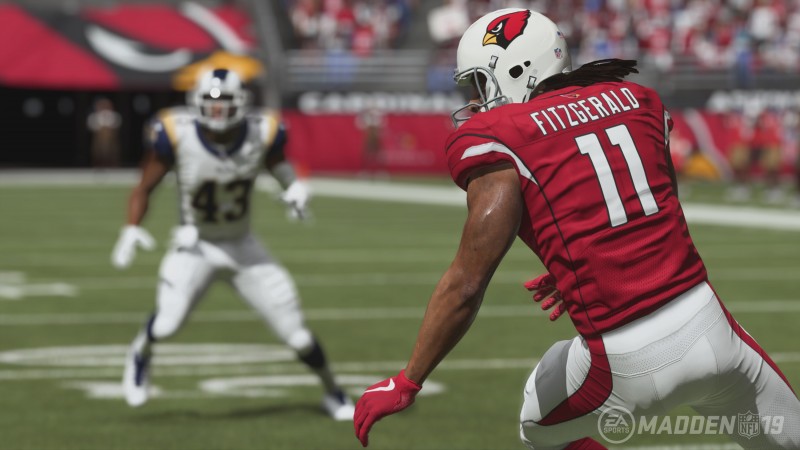 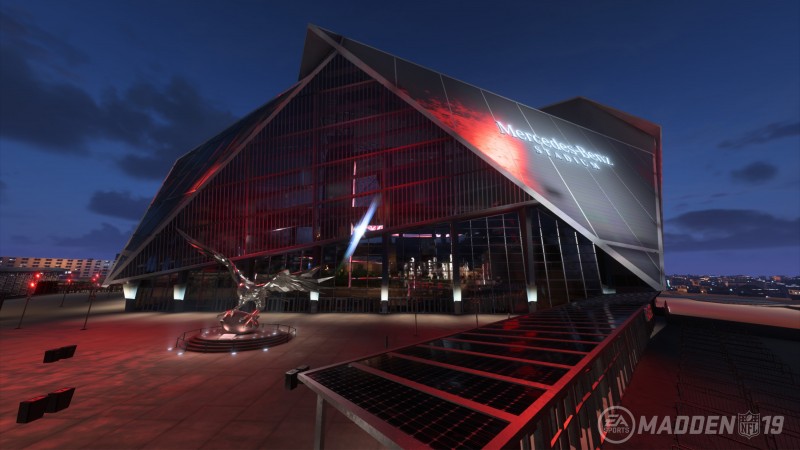 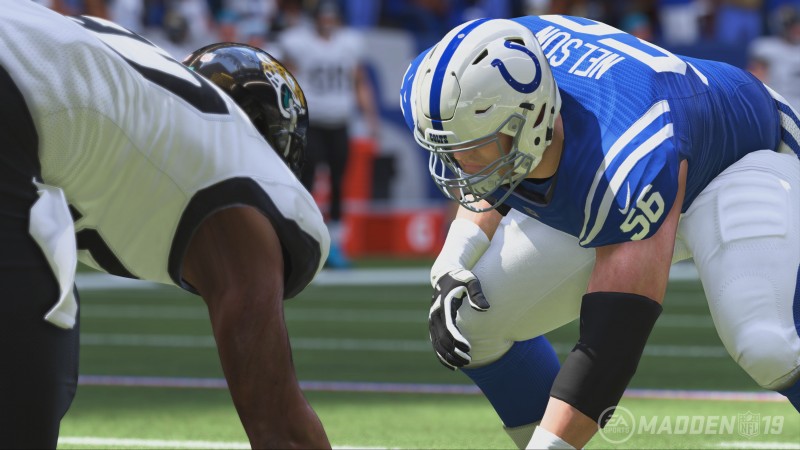 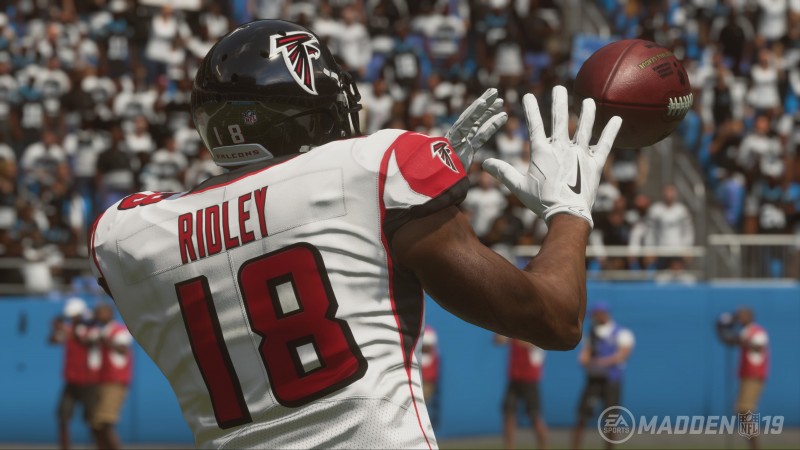 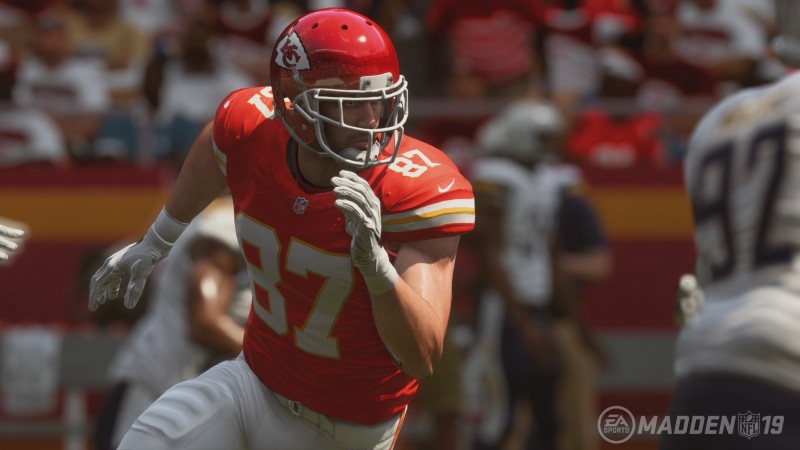 8
About Game Informer's review system
Concept
Unlike last year, developer EA Tiburon has included new features for multiple modes, including Franchise
Graphics
New pre-game and halftime shows look good, as do the players on the field thanks to the lighting. The Franchise mode menu also steps it up with animated coaches working in their offices and the ability to customize menu snapshots
Sound
The amount and variations of audio lines for the two Bullfrogs announcers in Longshot: Homecoming is impressive
Playability
New moves like the one cut and shorter catch windows are present, but they don't dominate the gameplay experience
Entertainment
I still have a lot of fun playing Madden – with the different modes catering to different moods – but the improvements to the experience are not major
Replay
Moderately High