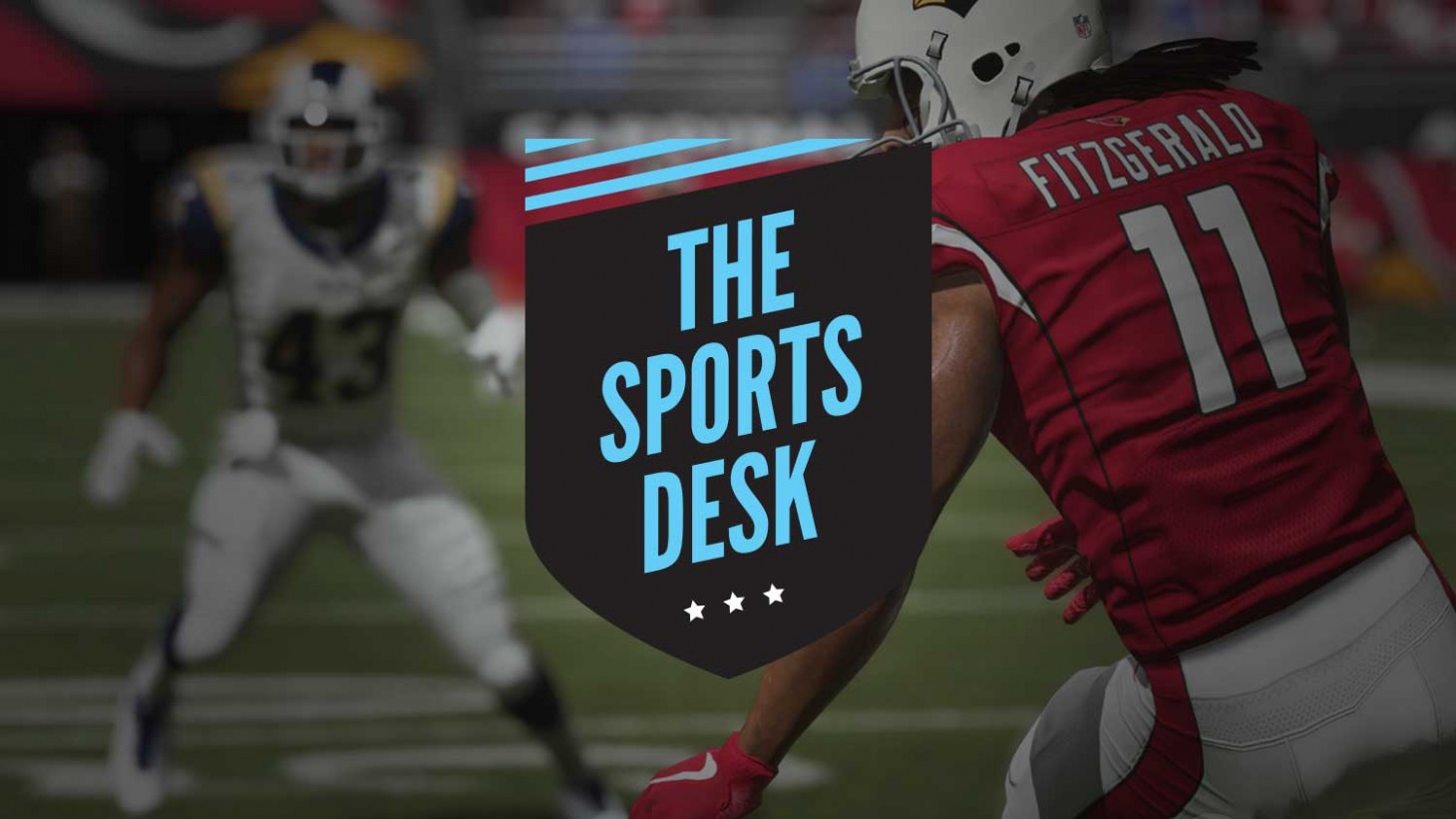 Madden 19 introduces new wrinkles to franchise mode with its scheme fits feature (click here for the review), but we’re here to help you build a dynasty with our guide covering that and much more.

Note: These tips are applicable to both online and offline franchises, although some elements like trading or using custom draft classes will be influenced if not heavily restricted by an online commissioner.

You can use your favorite team’s real-life coach, who comes with their own traits. Or if you want a specific boost, like the Expert Scout Package for more scouting points, you can do so by using a custom coach instead.

Also dive into the league settings menu. Here you can set everything from the difficulty level to aspects you may want automated like injury management. If you want to goose the process in your franchise’s favor you can also turn off the salary cap, injuries, and the trade deadline; jack up the XP percentage sliders; and more. For the purposes of controlling your franchise the way I’m about to describe, you’re going to want to keep pretty much everything under the User Team Help section on manual. 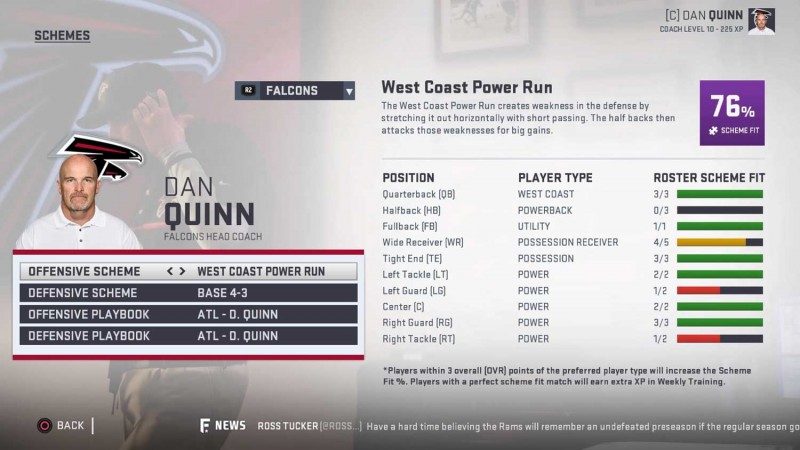 Madden 19’s new scheme fits system is a way to get players extra XP based on set archetypes. Because this is about XP, I like to use the system to bolster those position groups that need help. Therefore, don’t choose a scheme (one each for offense and defense) based on the percentage scheme fit shown on the screen, but on which positions you want to help. This can be changed from week to week, so if you’re looking to get extra XP for both your quarterback and your offensive line, for example, you may have to switch your scheme to benefit both.

Pick a scheme that contains the position player type you want to develop and play with. So if you want to push the ball down field and need to improve your QB’s deep ball throwing, pick a scheme like Vertical Zone Run that has the Strong Arm player type. That way when it comes time to spend a skill point (earned by that extra XP you’ll be getting) to raise the OVR rating of your QB, you can spend it on the Strong Arm category, which accordingly gives you a better randomization chance of bumping attributes related to deep throwing.

Some of the player types assigned to the schemes are straightforward; a possession receiver or a man coverage cornerback, for instance. However, there are some player types, like power for offensive linemen, that can be useful because they award attribute points in multiple useful areas.

Each player archetype has three primary attributes it boosts. However, important secondary attributes are also often improved. Here are some archetypes to consider when applying a skill point.

Note: These are based on my simulations, but because of the game’s weighted randomization, results may vary.

Now that you’ve identified which areas you want to fortify, go into your weekly training. Pick offensive and defensive gameplans that correspond to the positions you’re focusing on with your schemes. So if you’re trying to bolster your wide receivers and tight ends, you can choose the Attacking Cover 6 drill, for instance. Unfortunately, not all combinations of positions are covered by the drills (there are none that cover QBs and the offensive line together for some reason), so you may have to make some choices.

Once you pick these go through the drills and get gold medals. Then, each week, you’re going to come back here and choose these same drills – no matter your opponent or their gameplan – so you can keep earning extra XP for the same positions in order to maximize your gains. Simply choose the drills you have gold medals in, select “start training,” and then toggle the drills from “play” to “sim” and hit “start training” again. Then you’ll see your results.

In weekly training you can also select three focus players who get extra XP. You can make sure these are at positions you’re targeting with the gameplan drills and schemes, or choose players with already accelerated development traits (Superstar, Star, and Quick) for an extra bonus. Click into the focus players and you can see their development traits as well as how much XP they already have.

Note that some players start out with negative XP, which is a tip off that regression (more on that later) is already occurring or will soon. If those players with negative XP are important to you and your plans, maybe making them a focus player and/or tailoring your scheme to them could help them dig themselves out of the hole they start in. 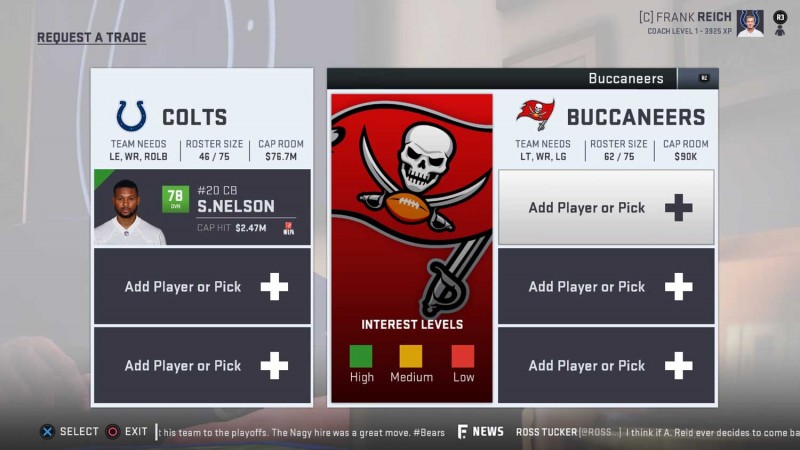 Madden 19’s trading system is the same as previous years, which means if you're in an single-player franchise, you can exploit the A.I. Like other tips in this guide, how much you avail yourself of these kinds of tools is strictly up to you. No judgement.

Here are a few ways to approach trading with the CPU:

Scouting begins shortly after the regular season starts and is the key to making smart choices during the draft, because just picking the highest-rated player left on the board or going by combine scores is foolish.

I like to start my contract negotiations with my own players as soon as I can. That way I can plan my free agent and draft needs early in case negotiations fall through unexpectedly. Besides, If you leave negotiating until the end of the regular season, you'll have less time to adjust to protracted negotiations, and there's more chance they'll choose to go to free agency.

In order to make sure that doesn't happen, I like to identify the players I must resign and give them what they ask for so there's no trouble. That is, unless someone has unreasonable demands. Some players don't negotiate many times before they shut things down totally, so it's best not to quibble over a reasonable contract (often times it only takes an extra couple of thousand to sway a player). If they say that they like the number of years but not the bonus, that's an obvious hint of what your next move is.

If you have a player who has a skill point to spend before your negotiations start, don't spend the point on them until you sign them. If you do, you'll raise their OVR, and therefore their asking price could go up as well.

Players who are a scheme fit are slightly more likely to sign, so take a look at the player archetype of the players you want, and back out of the free agency menu and switch your scheme. I did this and saw my offer gain three points.

Bids for free agents revolve around who has the most points, so any bit counts. Feel free to make an offer, see how many points it's worth – and how it stacks up against the other competing bids – and then withdraw and restructure the offer so it's competitive. 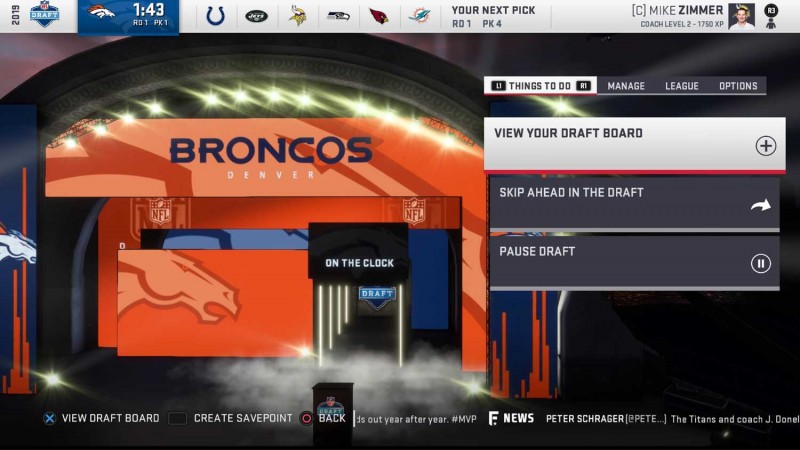 Because EA Tiburon removed the draft menu option to make a trade for a team that's on the clock, to make trades during the draft you'll have to go to the manual trade menu. It sounds like cheating, but pause the draft for this since teams on the clock tend to pick somewhat fast.

I like to stick to my big board, and if there's a guy I really like I will not hesitate to take him a round early if there's nobody else I like for that round. If you have the 15th pick in the fourth round and are waiting for that guy projected to go in the fourth to fall, another team could very well snipe him before your pick, so if you have some late-round picks laying around, it's not a bad idea to try and jump up a few spots just so you're sure you get your man.

Sometimes if there's a player who's in a freefall, I will pick him up for fun a couple rounds later just to see if he's a steal. First check any scouting you've done on him – especially his combine scores. If he's not in the top 10 in some of the scores for his position, he's probably just a bust.

Regression – including possible regression of players' Development trait – hits at the beginning of the offseason, usually as players turn 29. Regression players earn less XP in weekly training, but their rate of loss can stabilize. Switching schemes, making them a Focus player, and purchasing a coach Player Progression XP boost can also help stop the bleeding, but there's just no avoiding getting old.

Football Manager 2019 Out On November 2

Madden Edits Out Colin Kaepernick Lyric, Puts It Back In