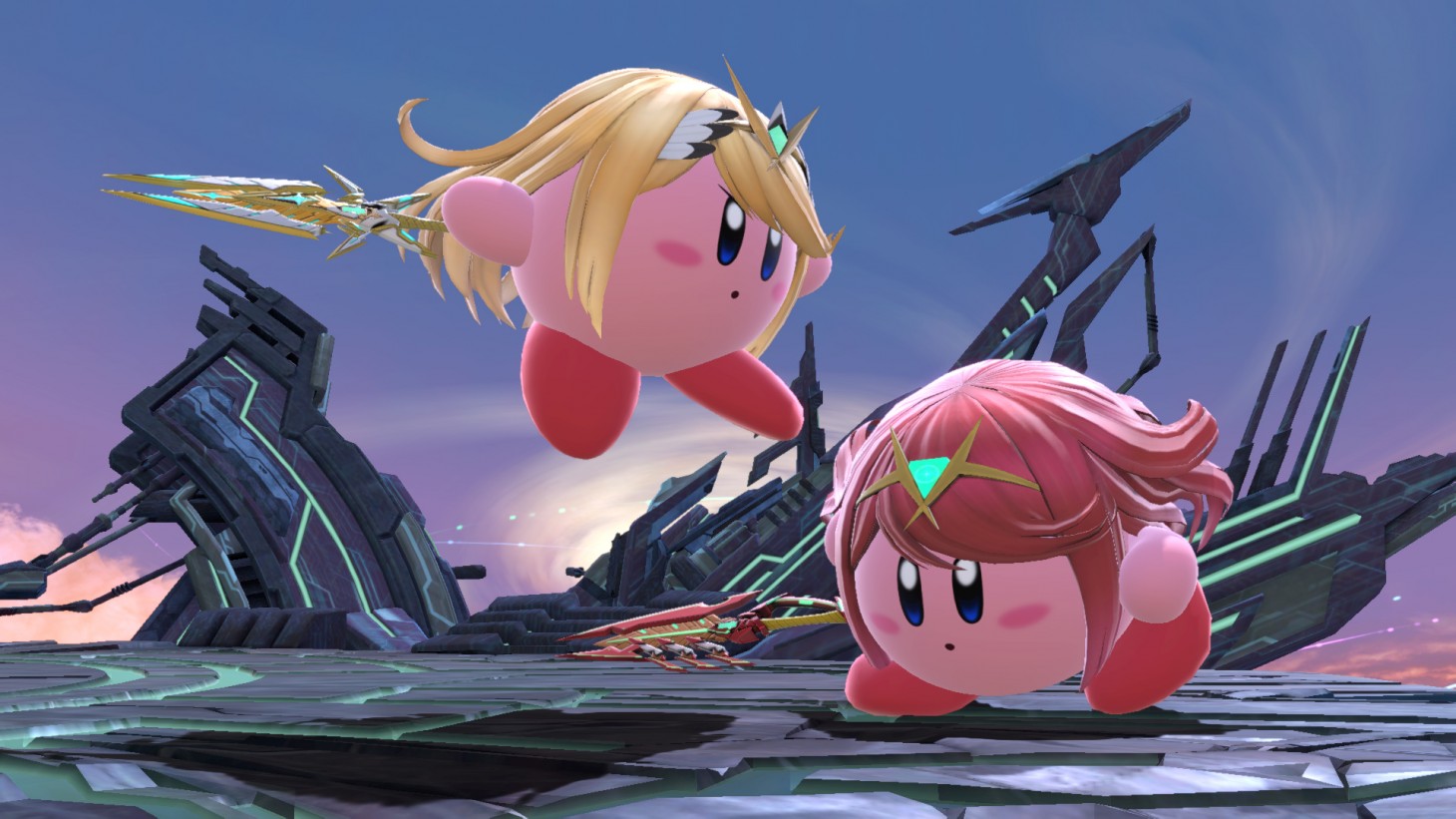 A new Super Smash Bros. Ultimate showcase has game director Masahiro Sakurai front and center once more to break down what Pyra and Mythra bring to the roster ahead of their official arrival in the fighting game. The latest episode of Mr. Sakurai Presents breaks down more about the fighting style of the newest additions as well as a first look at what the adorable Kirby Copy looks like when swallowed whole.

You can see the entire showcase in all of its Xenoblade x Super Smash Bros. glory in the video below:

Among the reveals is our first look at the Cloud Seas of Alrest stage. The game director reveals that the stage itself is set on the back of Azurda (also called Gramps) and it's during the opening scenes that players will learn that this is Rex's home. Players will be able to see other Titans appear at random in the background as the stage floats among the clouds. Also confirmed is that each Titan will have its own geography, making each one special and unique to the play experience.

The above showcase also shows off Kirby's adorable copy of the character while revealing that Kirby's abilities will differ depending on if he inhales Pyra or her alternate form with Mythra.

Super Smash Bros. Ultimate already has spirits for Tora, Rex, Nia, Poppi a, Morag, and Zeke, but the newest arrival will also bring in new spirits with Jin, Malos, Lora, Amalthus, and one more that's still a surprise.

The latest characters to fight their way into the Super Smash Bros. Ultimate roster arrive later today for $5.99 (if you buy by the character pack by itself), the Fighter Pass is $29.99 for six characters in total with two more fighters yet to be revealed.

What are your thoughts so far on the Xenoblade additions? What other characters would you like to see round out the latest Fighter Pass? Sound off with your thoughts in the comment section below!