Good horror movies get under your skin, creating unsettling feels that linger long after you’ve left the theater or turned off the TV. The element of interactivity that video games offer can elevate those sensations even further. Knowing that the hero’s fate rests solely on your actions is a far cry from helplessly watching them get stalked by a killer and shouting at them to not go in that room. Song of Horror is an ode to classic survival horror that taps into what makes the genre resonate with fans who want to get in on the action. There are a few bum notes here and there, but it’s a tense bit of storytelling worth experiencing.

The “song” in the title refers to a piece of cursed music that purportedly drives its listeners to madness – and alarming acts of violence. Over the course of five episodes, publisher Daniel Noyer and a rotating cast of characters investigates the disappearance of a globe-trotting author who was researching the mysterious tune. This is definitely an experience in the style of old-school Resident Evil, down to the fixed camera angles and bizarrely conceived puzzles. A few lingering issues are tough to avoid, such as how the shifting perspectives make navigating some of the tighter interiors more difficult, but they generally don’t get in the way. That’s important, considering the stakes.

Players travel to a variety of standard-issue horror setpieces, including mansions and abandoned hospitals, but there’s a ghoulish twist: Characters can die, and once they’re out of the game, they’re permanently gone. That simple choice elevates the action, making me paranoid that every door I opened or hallway I crept down might be my last.

You can choose to play with or without permadeath, but you do yourself a disservice by opting out. Each episode introduces new characters, so if you accidentally cull a few characters from your investigation, you aren’t completely out of luck. Even so, I felt awful whenever an investigator died. In one memorable (and completely avoidable) death, I made my character sneak out of a second-floor window without double-checking whether scaffolding was in place. Another time, I successfully slammed a door shut on a monstrous presence, and then immediately walked out that same door. Deaths don’t just remove characters from the roster; sometimes they come back in unexpected ways, leading to a few of my favorite moments.

Each episode moves the investigation to a new location, but a constant malevolent force follows you. People who have been exposed to the song are plagued by shadowy creatures that include an entity known as the Presence, and it’s the main source of the game’s myriad scares. This monstrous entity gives the impression that you’re constantly being stalked. I quickly learned to listen to every door before opening it and braced for the next jump-scare that felt like a dreaded inevitability. The pacing is great, with long stretches of nothing interspersed with moments of instant panic. You’re never really certain what’s around the corner, and Song of Horror capitalizes on that feeling of not knowing what’s next – and even what is and isn’t possible.

In true survival-horror fashion, your characters aren’t action-movie heroes. When the Presence comes knocking, all you can do it temporarily stave it off. There are a few different ways to do that, such as beating back grasping hands as they try to force a door open, in a frantic minigame that never really lost its effectiveness. Other interactions, such as getting into a hiding place and trying to keep your heartbeat slowed, were similarly effective at pulling me into the horror, though its insistence on going for a second jump scare each time was a bit much. My most tense interaction was one where a blind monster did its best to sniff me out, and I needed to remain undetected by controlling my breathing. It was mostly tense because the instructions were vague, and every error I made drew the creature closer and closer to killing off a character who I’d grown to appreciate.

With a few exceptions, the puzzles are less murky. They involve a lot of item gathering and multistep object manipulation, but solutions made sense overall once I calibrated myself to the peculiar logic. Clues are hidden throughout each level, too, which gave me an extra incentive to open every drawer and read every file. Even if an item or object wasn’t useful, it was interesting to read each characters’ thoughts on it. For instance, alarm installer Alina Ramos might see an array of masks and comment on how they remind her of the village where she’s from, whereas sales manager Etienne Bertrand might simply shudder at their strange designs. They’re not make-or-break moments, but they help humanize and differentiate the cast.

Some of the best puzzles in the game incorporate the Presence in some form or another. In one episode, I spent a few hours tracking down ingredients to concoct a luminol solution. What followed was a tense chase sequence, where I sprayed the solution in a darkened maze to see the telltale glow that indicated the presence of blood. All the while, I was being hunted. It was a heart-pounding experience that made me feel a great sense of relief when I eventually found what I was looking for. Not just relief that it was over so I could just keep going ahead, but that I managed to survive in the first place.

Song of Horror’s production values initially turned me off, with poorly animated characters and awful voice acting. Despite those flaws, I had a hard time putting the game down once I was drawn into its world. The quirks even grew on me, the same way I embrace schlocky low-budget horror movies. What I most appreciate about Song of Horrors is that it doesn’t just mimic what came before. It’s clearly a tune inspired by other survival-horror classics, but it has its own unique tempo and melody. And it’s a darkly catchy one, to boot. 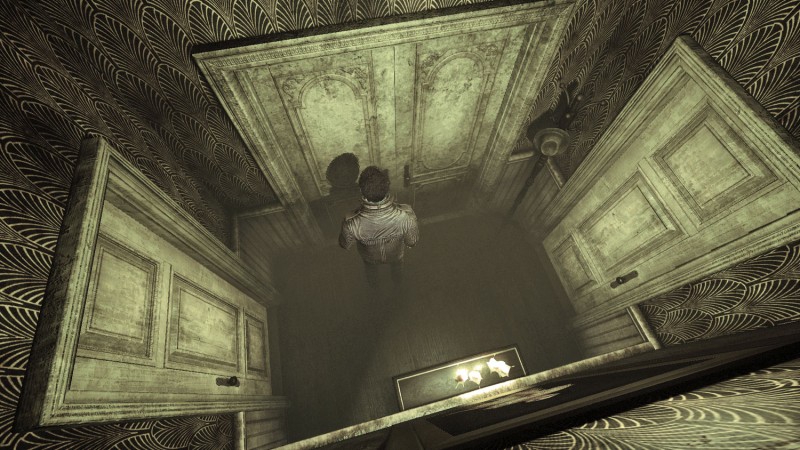 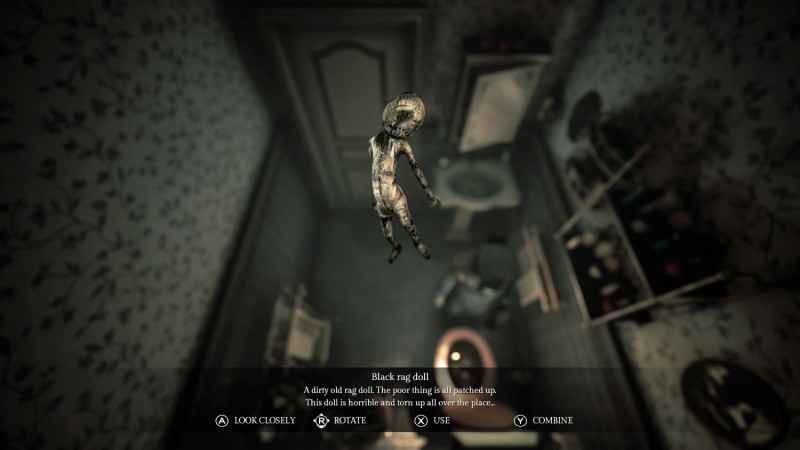 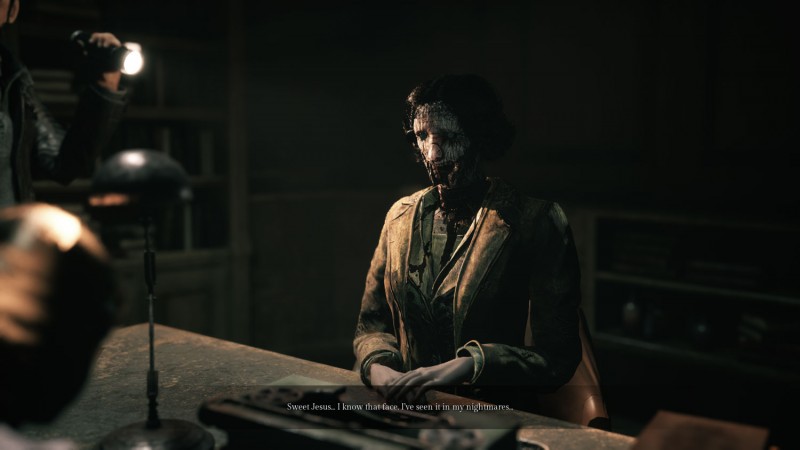 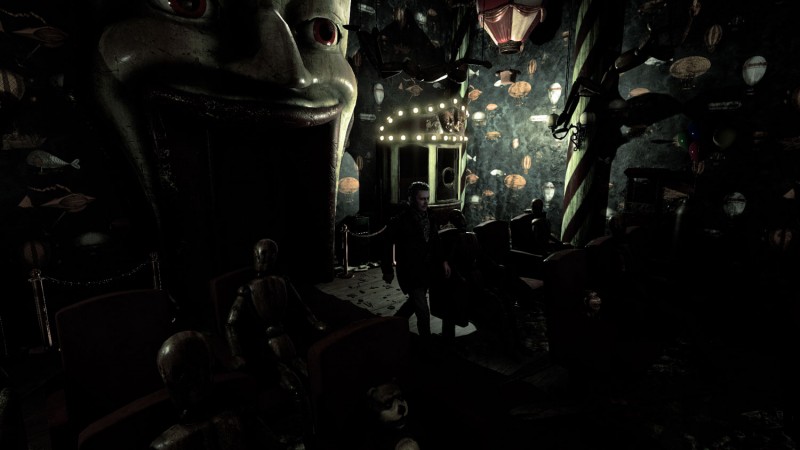 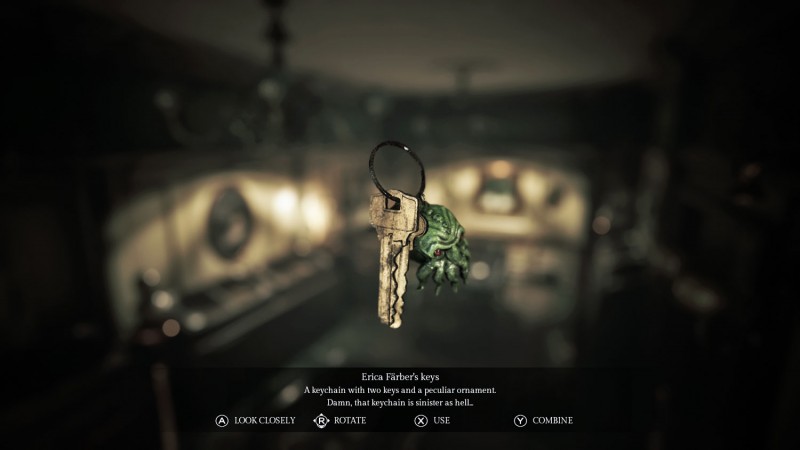 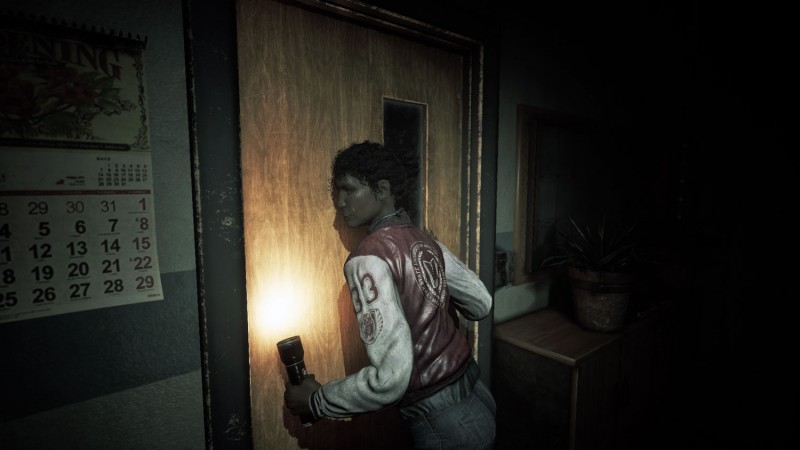 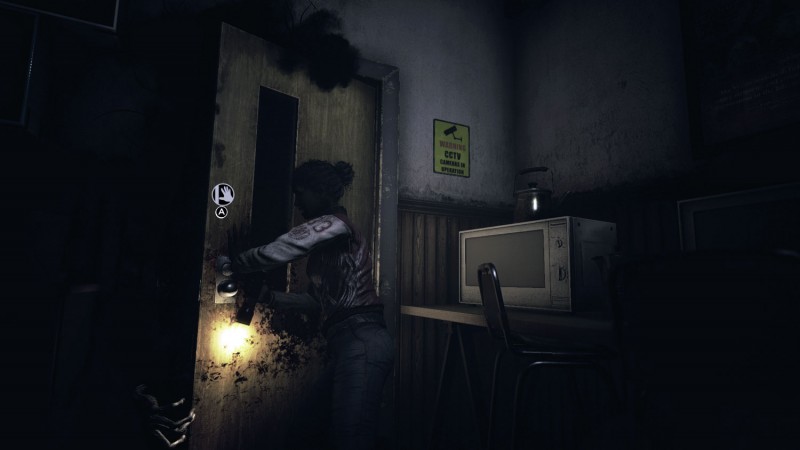 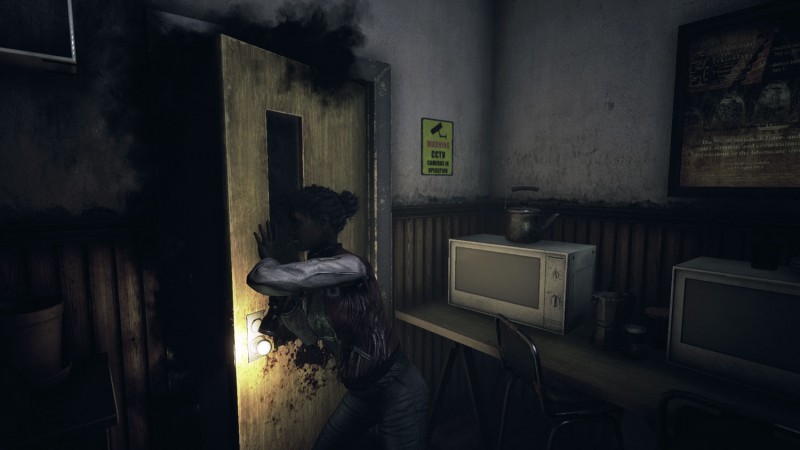 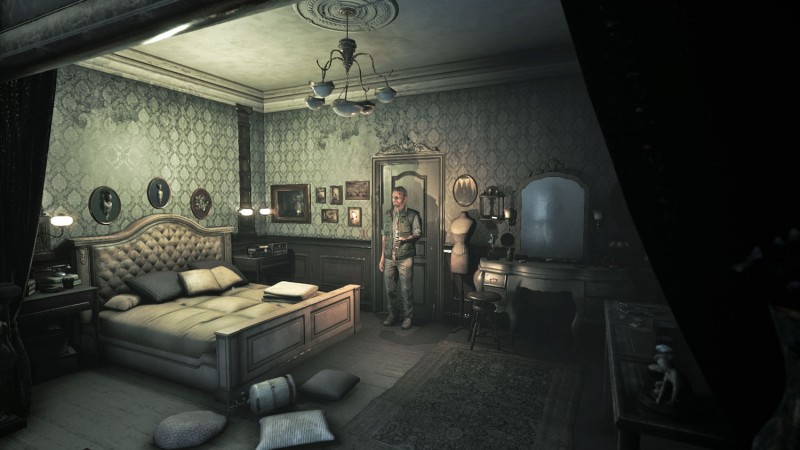 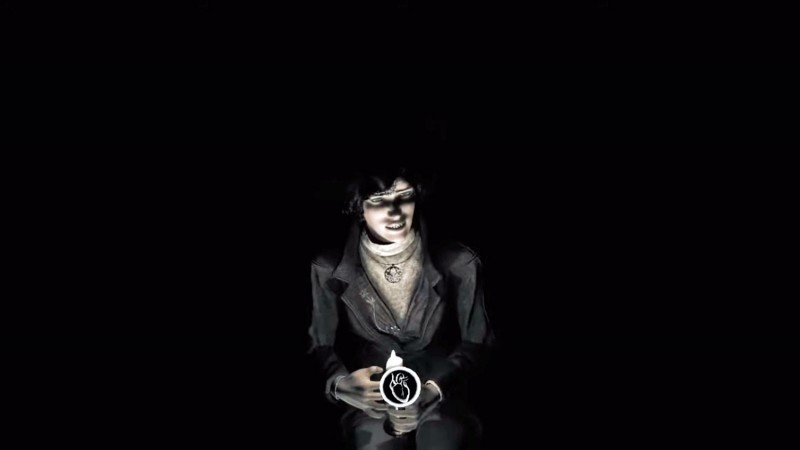 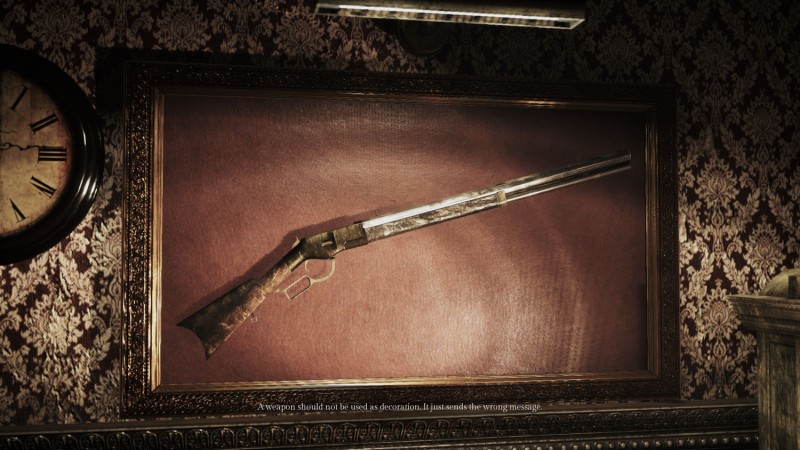 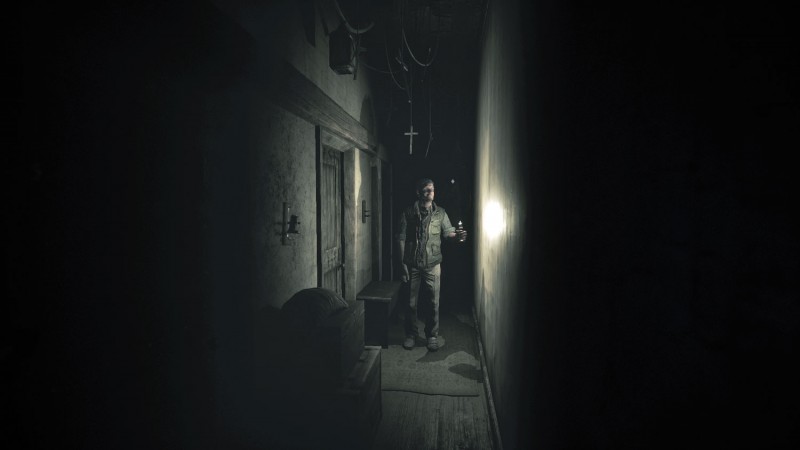 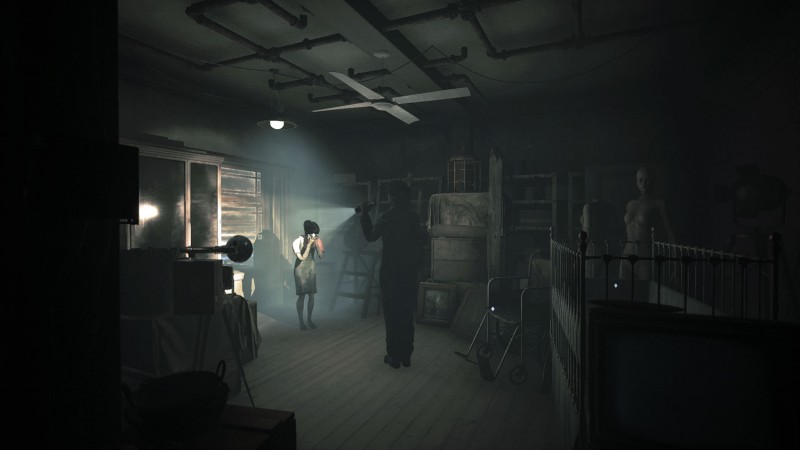 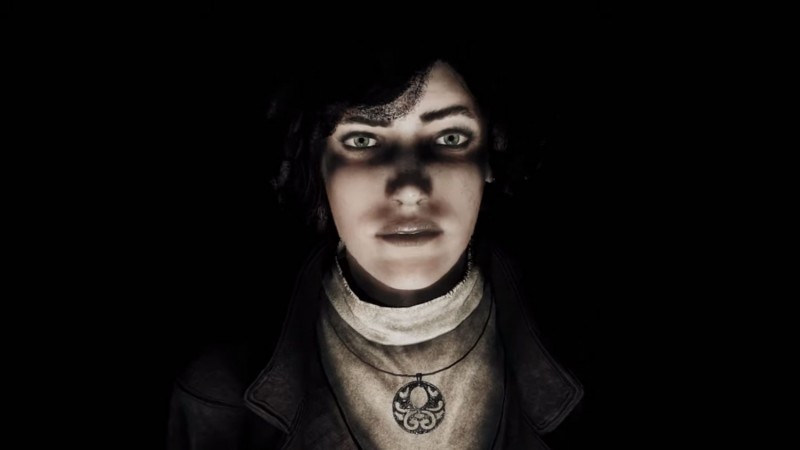 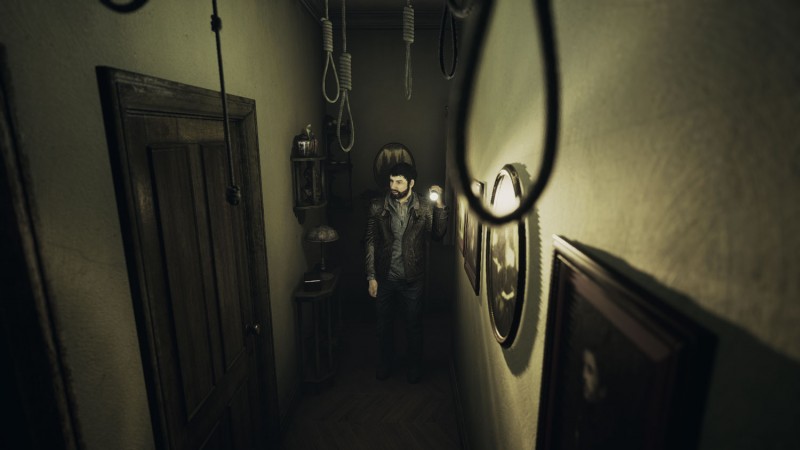 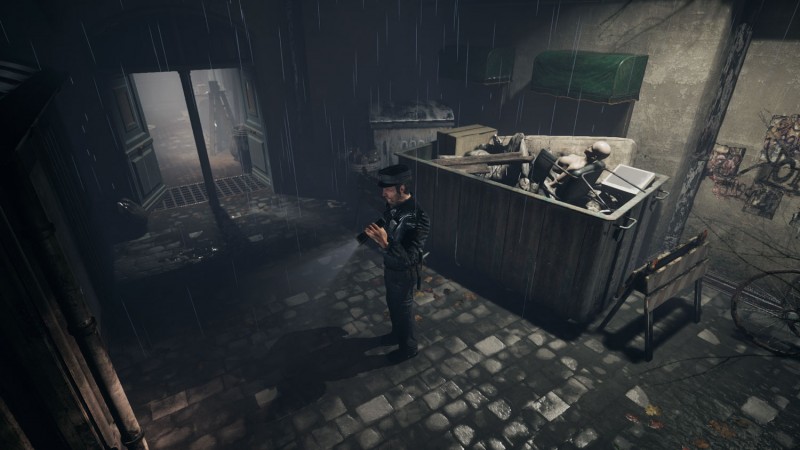 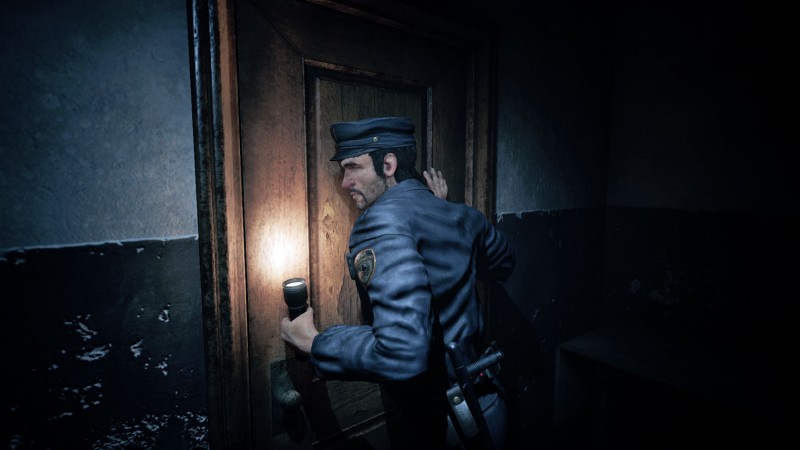 Off
8
About Game Informer's review system
Concept
Unravel the mystery of a cursed song in an homage to classic survival horror, with permadeath raising the stakes
Graphics
Environments look fantastic, featuring a wide array of crumbling, creepy backdrops. Characters are scary looking, whether they’re monsters or the playable heroes
Sound
Moans of unseen monsters and other environmental sounds ratchet up the tension. Voice acting is hokey and weird
Playability
The fixed-camera presentation can make navigation tricky at times, and the minigames during a few monster encounters aren’t intuitive
Entertainment
Don’t let the lackluster production values scare you off. Song of Horror has some genuinely shocking moments
Replay
Moderately high 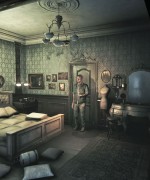