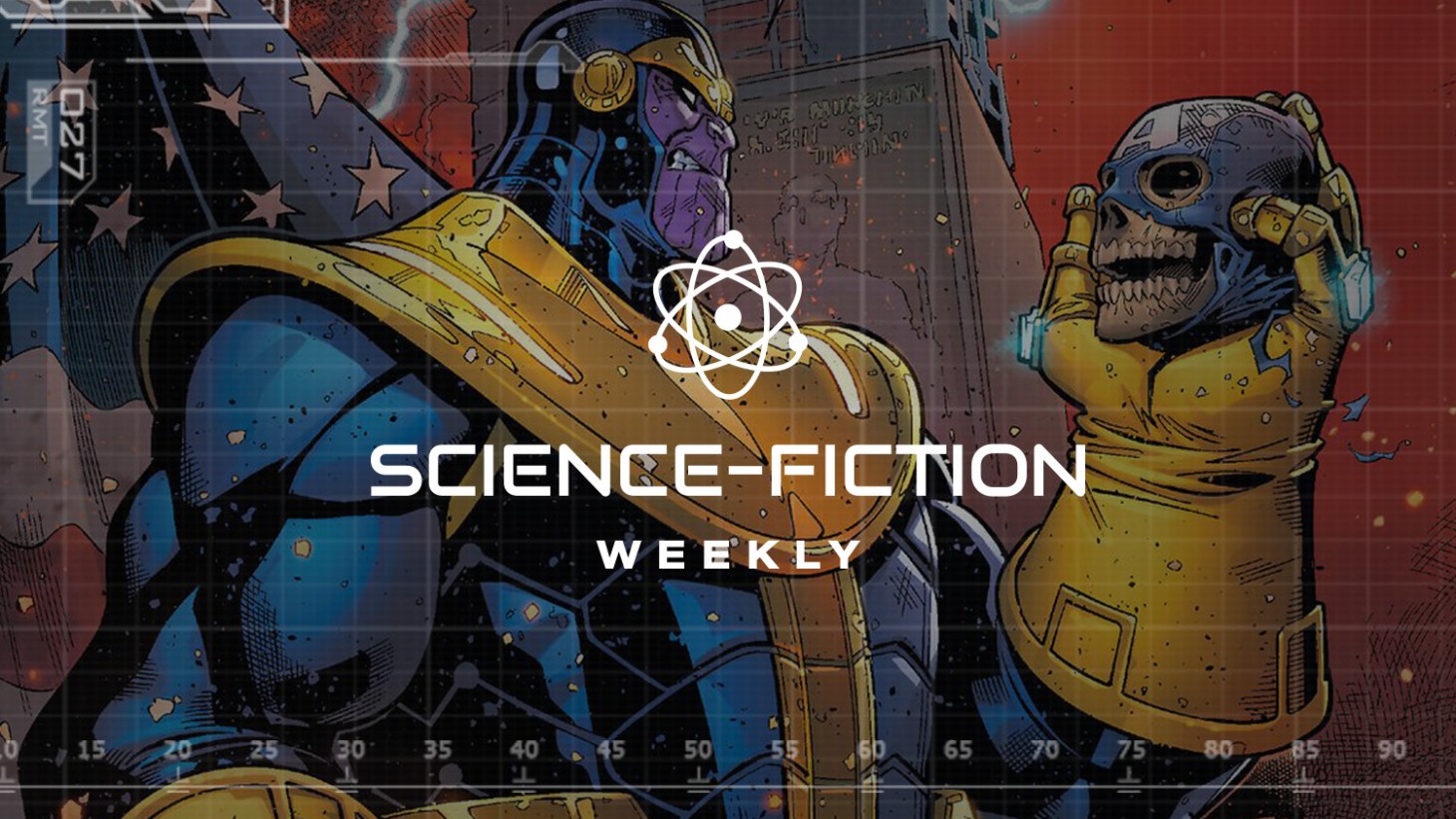 In the final moments of Avengers: Infinity War, Thanos snapped his fingers and half of the population in the universe turned to dust. That grim conclusion set up a hell of a final act for over 10 years of interconnected films. Theatergoers were left dumbfounded, and to this day, I still haven't seen a fan theory that gives a believable scenario for how The Avengers will take down Thanos AND resurrect all of the lost souls in the process. The Infinity Gems could be the solution, but to get them, Thanos must fall, and, well, how do you topple someone with god-like power that can't even be located?

Yesterday's trailer for Avengers: Endgame hints at something crazy, and for the sake of SPOILERS, you may want to duck out of this Science-Fiction Weekly now.

I emphasized the color red in my text because I think that's the key thing we need to be focusing on in that trailer. Red is featured prominently in all of the black and white flashback scenes, which seem to be there to show the hardship the heroes have undergone already, but may server a greater purpose. Some people out there, myself included, have said that all of the footage in the trailers leading up to this one is likely taken from the first 15 minutes of the film. I believe the new trailer shows us much more, including some of its final moments. Final moments that may get erased halfway through the film. Confused? You should be.

One short in particular screams of a conclusion, and it doesn't make much sense. We see Clint (Hawkeye/Ronin) standing in a field with a female teenager with a bow. People online are speculating that this is Kate Bishop, a character that eventually takes up the mantle of Hawkeye for the Young Avengers, or it could be his daughter. I won't rule either out, but I think our focus needs to be on the background. We see other people there, and the setup certainly appears to be a family picnic. Is Clint's family alive and well? We assume he becomes Ronin as a way to mourn the loss of family, but we see him here with his old haircut and he's clearly serving as a teacher for this mystery person. If I had to guess, we're seeing a shot of what happens after Thanos' snap is undone. The trailer hints at key moments from the past that could be changed. If the heroes find a way to change history, why not undo other things that went wrong? Temptation will be hard to resist with that power. Almost all of the red shots highlight things that the Avengers would want correct. The deaths of Peggy Carter, Odin, and the destruction of Asgard. All of that is in the trailer.

What does red mean? I'm guessing the Avengers use the reality stone, which is red, to trick Thanos into losing his grip on the other stones. I have no idea how they will do this, but the red in the trailer is likely referencing that stone. Black Widow's hair is also red again in some shots. Why? I haven't the faintest, but she's red in sequences that clearly take place before they confront Thanos again.

We hear Peggy Carter say "None of us can go back. All we can do is our best, and sometimes, the best that we can do, is to start over." This quote screams of time manipulation or time travel. I think we're going to see the Avengers go back in time. The flashy white suits they are wearing at the end of the trailer appear to be modified Ant-Man suits that will allow them to travel to the Quantum Realm. From there, I'm guessing they will be able to mess with either Thanos or time.

I think we're going to see significant time passage in this film before the Avengers figure out that one solution that Dr. Strange said would be the only one that could work. That could explain the different styles of hair we see on Widow, but also could hint at various time reboots that end up failing. In one timeline, she may not have blonde hair. There's a chance she may need to change her hair color if she is going back in time to change something.

We only have a month to wait, people. Please leave your theories in the comments below, and try to figure out what that red color means. It has to be significant to the story.