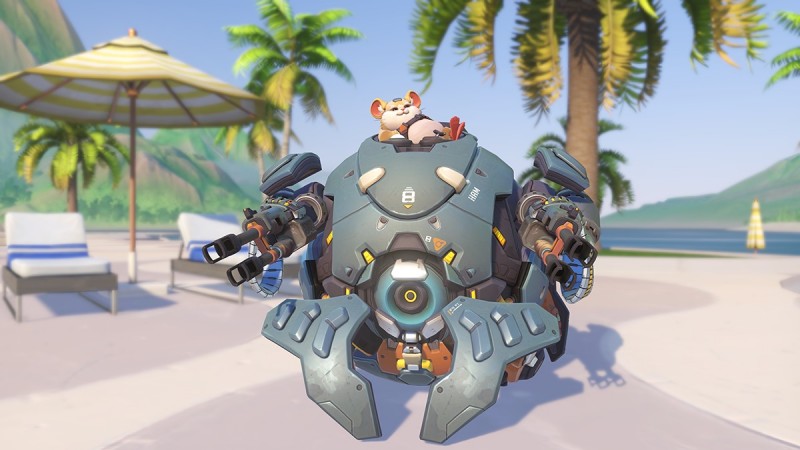 Update: Blizzard has detailed Wrecking Ball a bit more, including a lore trailer.

The hamster manning the mech is indeed the long-speculated Hammond. According to Blizzard's introduction page, Hammond of course has the ability to roll, use automatic quad cannons, use a grappling hook to move around, throw out a host of mines to create a minefield, raise an adaptive shield, and slam the ground to pop everyone else up.

After some teasing, Blizzard has revealed that its new hero is ... a hamster.

The hamster is likely Hammond, an escaped test subject from the Horizon Lunar Colony who is also known as Specimen 8.

We should hopefully know more about hero 28 soon, but until then be satisfied that he rolls with some pretty fearsome machinery.