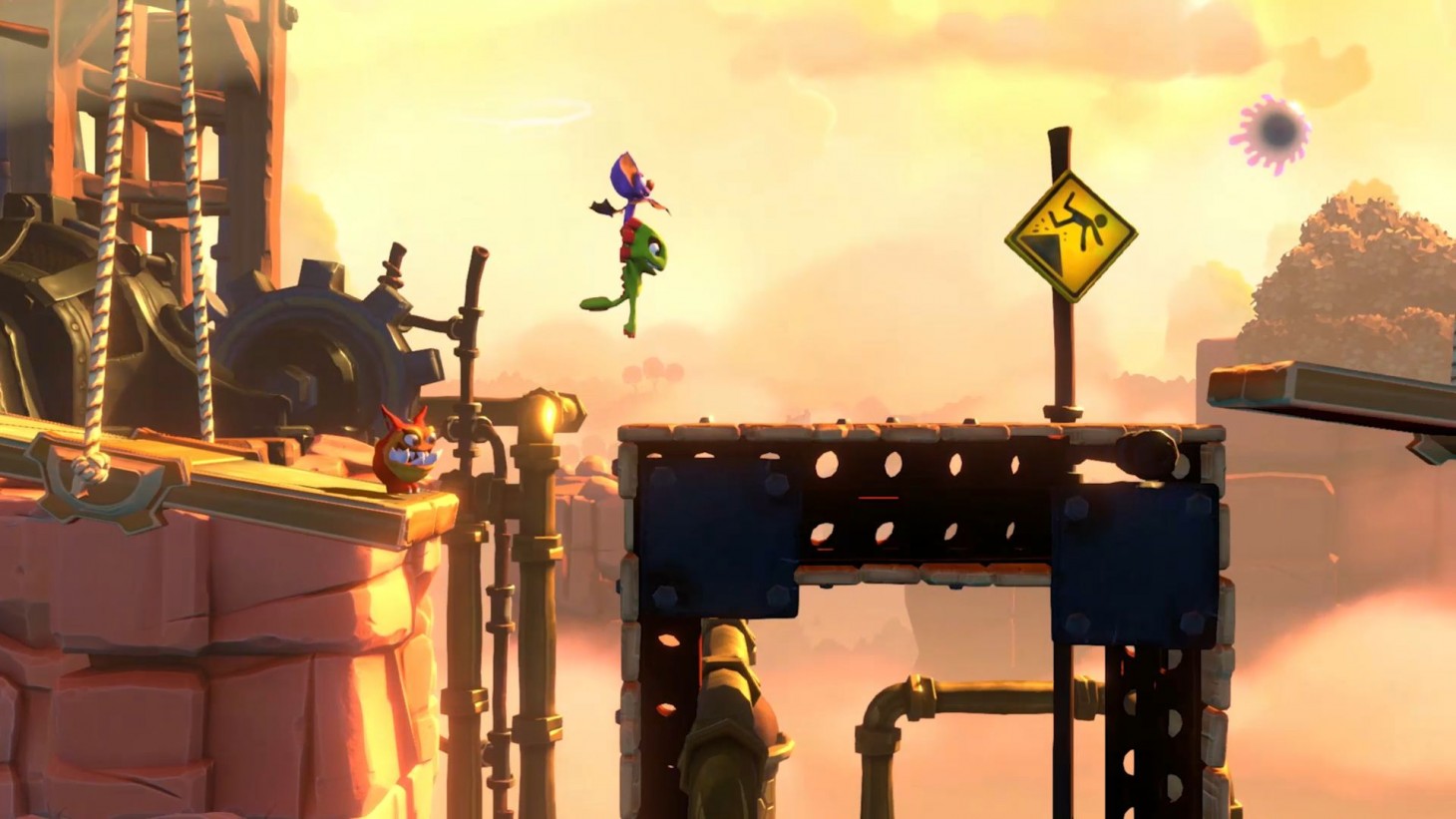 Yooka-Laylee and the Impossible Lair Review

Playtonic Games' debut title, Yooka-Laylee, paid loving homage to formula of 3D platformers of the ‘90s. That makes sense, considering several team members originally worked on Banjo-Kazooie – but sequel takes a much more surprising approach. Yooka-Laylee and the Impossible Lair flips the script, abandoning 3D to deliver a focused, well-paced side-scrolling platformer that feels like a successor to Donkey Kong Country (another game members of Playtonic worked on). However, rather than relying too heavily on trappings of the past, Yooka-Laylee and the Impossible Lair modernizes the 2D platforming formula in all the right ways to deliver a fun and novel experience.

Yooka-Laylee and the Impossible Lair starts with a bang. After completing a brisk tutorial, the game dumps you into the eponymous Impossible Lair, a sprawling, extremely difficult level riddled with dastardly obstacles and challenging boss fights with no checkpoints. You may start the game on the final level, but unless you’re unimaginably talented at 2D platformers, you’re going to fail out before you even know what’s happening. While this experience does little to instill confidence in what’s to come, it effectively throws down the gauntlet to give you something to aspire to.

That experience sticks with you; the final stage looms over you the whole time you play, just waiting for you to challenge it again – which you can try at any point. But how can you conquer the hellscape of obstacles the Impossible Lair presents? By completing stages in the main game, you give yourself a fighting chance.

Yooka-Laylee and the Impossible Lair delivers well-paced 2D platforming action across more than 20 unique stages, and every one you complete gives you an extra hit point when you attempt the Impossible Lair. I love how this unique approach lets you decide when you’re ready for the final onslaught; you don’t need to complete every stage to finish the Impossible Lair, but some of them are so clever and fun that you may want to keep playing anyway.

From a level that has you dodging deadly buzzsaws to one that tasks you with swinging from different ropes while rolling and jumping off enemies, the diversity in the stages is impressive. While every obstacle course is exciting, my favorite was a nonlinear level that had me going to five distinct areas to complete quick challenges to retrieve five gems.

Yooka and Laylee may control as one character, but their partnership isn’t just for looks. Similar to Mario and Yoshi, the two work together in important ways. When you start a stage, you have both characters, and access to your full arsenal of abilities. But if you get hit, Laylee panics and flies away, leaving you without movies like your twirl jump and butt stomp. You can get them back by chasing Laylee down (or calling her back at a bell), and this adds a thrilling risk to many stages. Every time Laylee flew away, I had to calculate whether the benefit of her abilities was worth the danger of pursuing her.

Laylee’s abilities aren’t required to complete the stages, but they can be necessary for reaching collectibles like quills and coins. Quills are used as a currency in multiple situations, including purchasing game-modifying tonics, opening chests in the overworld, and buying hints from signposts. Meanwhile, coins are used to further open the map to allow you to access the next set of stages. I don’t mind collectibles in a game, but it’s annoying to have to replay levels if you didn’t get enough coins to access the next area in the world. However, the required coin thresholds are low, and I only had to go back to mine for coins once in my playthrough.

Tonics are fun in-game cheat codes that modify the game in ways that can make the levels easier, harder, or different. For instance, one tonic makes enemies take an extra hit to destroy, while another makes it so Yooka doesn’t slip on ice. Based on how these tonics affect the difficulty, you earn a multiplier on the quills you collect in that stage. My preferred loadout was to gain 50 percent more quills by using the tonic that gives enemies an extra hit-point, while using another that makes every defeated enemy explode like a piñata with extra quills to collect.

Between stages, you explore a 3D overworld with an isometric camera. This is a gratifying experience, as simple exploration and minor environmental puzzles yield worthwhile rewards like extra quills, tonics, and even alternate versions of the stages. The overworld also lets you tackle single-screen challenges where you must get creative to defeat a set number of enemies. I always looked forward to these creative puzzles to solve, like one with a movement-mimicking enemy that you need to manipulate to make it dive into a buzzsaw.

The stage variants you unlock offer additional coins (and hit points for the Impossible Lair), but things are drastically different from the first time you tackled the level. One alternate version floods everything, turning it into a water stage. Another spills a sticky substance everywhere, making it more difficult to traverse – but also granting the ability to climb up the sticky walls and reach areas you couldn’t before. While you’re still technically playing the same levels, these versions feel as fresh as all-new stages, and I loved the surprises they threw at me.

With rock-solid controls and imaginative level design, I couldn’t wait to see what awaited the chameleon/bat duo each time I entered a new area. Yooka-Laylee and the Impossible Lair is a superb 2D platformer with plenty to love for fans of the genre both new and old. 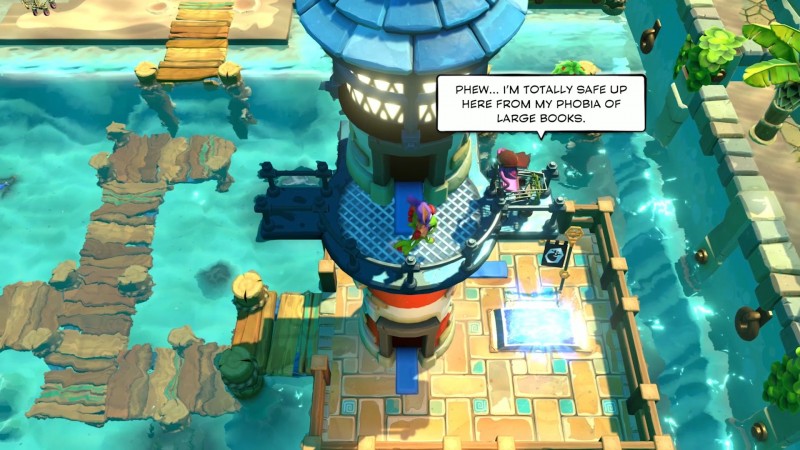 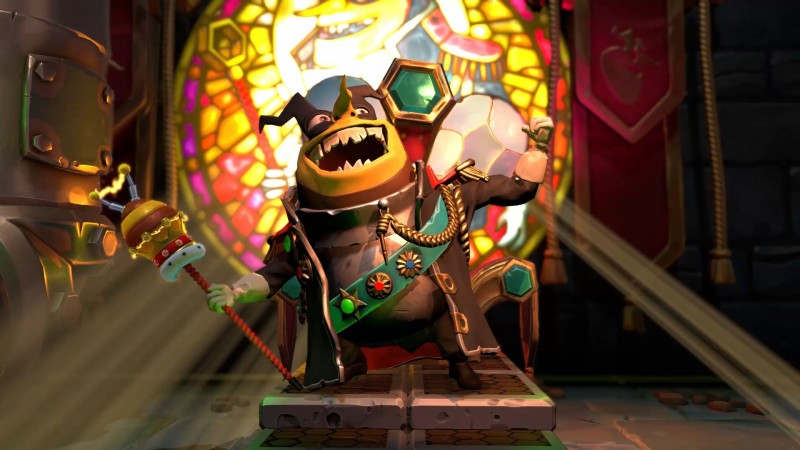 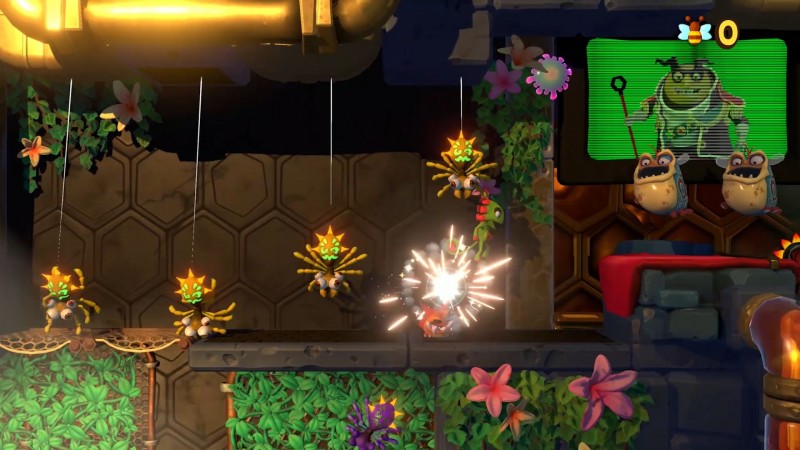 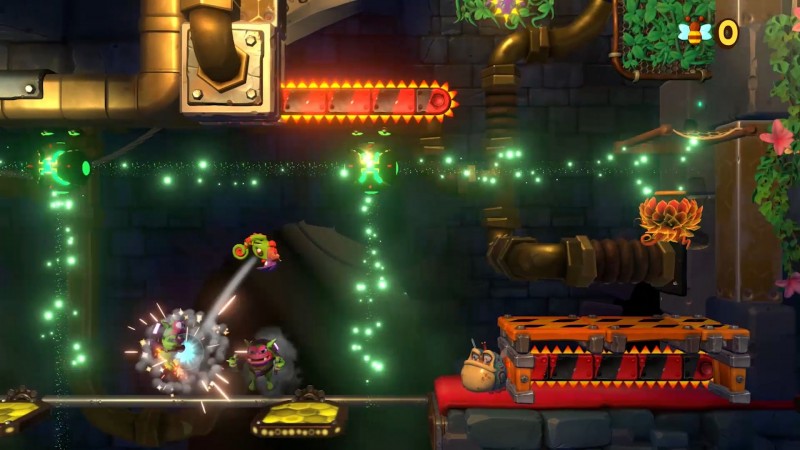 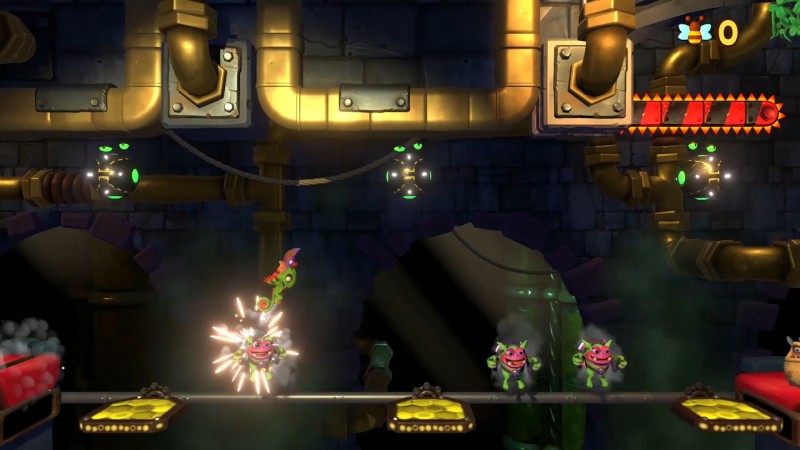 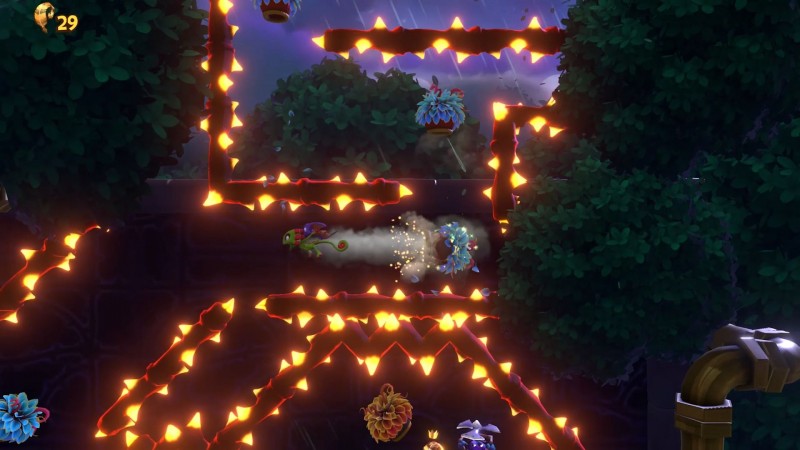 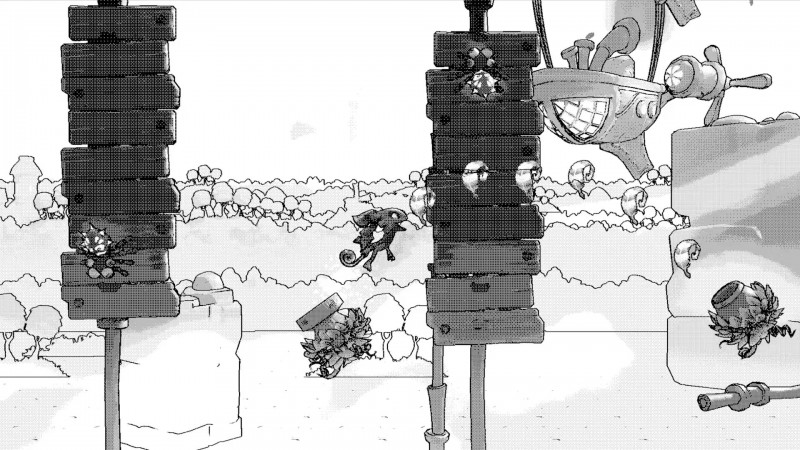 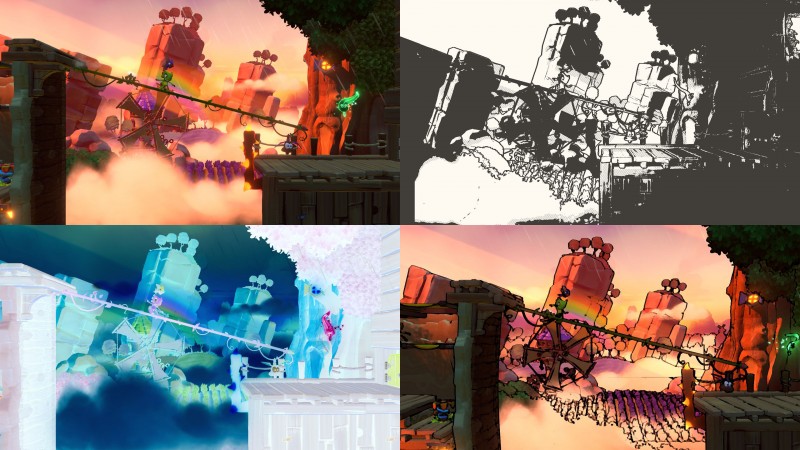 Off
8.5
About Game Informer's review system
Concept
A strong platformer that pays loving homage to the 2D games of yesteryear
Graphics
With such vibrant and beautiful backgrounds, stage hazards sometimes blend in and get lost in the action
Sound
A delightful score composed by the iconic duo of David Wise and Grant Kirkhope perfectly suits the action
Playability
Tight controls and well-designed stages are a blast to platform through. Even the water levels are fun!
Entertainment
The Impossible Lair may receive top billing, but the entire journey leading to that titular final challenge is rewarding
Replay
Moderately high 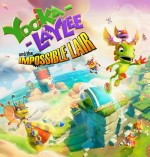