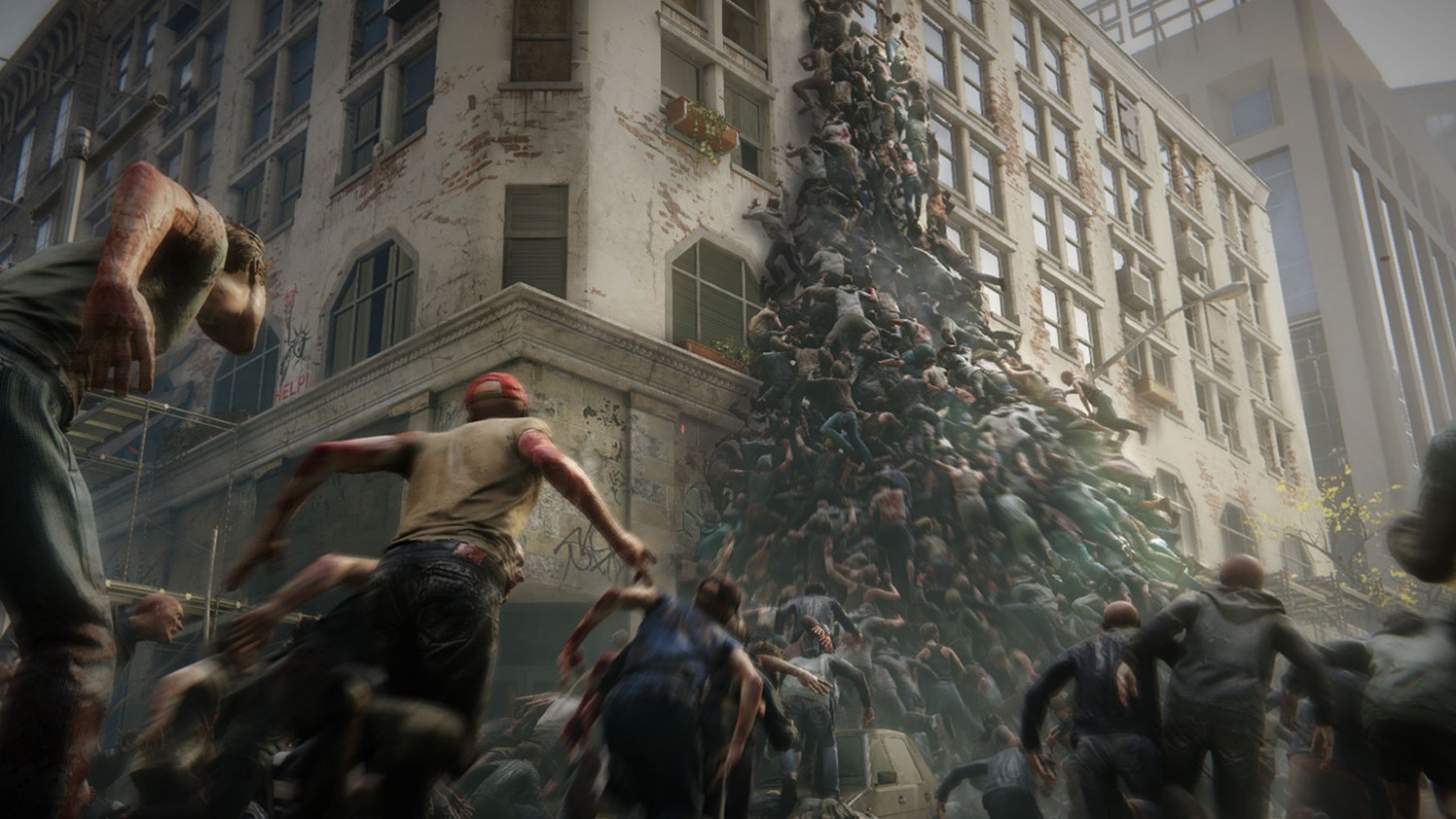 Regardless of how you feel about the movie World War Z, you can’t deny that the way zombies moved in its world was impressive. They didn’t look too different from typical zombies individually, and they ambled and groaned in familiar ways, but when they amassed, they climb on top of one another to create giant hills of the undead in order to overcome barriers. It was horrifying to look at and scary to imagine how you would react in that situation. The World War Z video game takes that key element of the film and uses it to create a visually interesting gameplay mechanic that is horrifying to witness but fun to dismantle, creating one of the best Left 4 Dead-inspired games in years.

World War Z is made up of four disconnected cooperative narrative campaigns that take place in different parts of the world. Each has four distinct playable characters, structurally placing it a little closer to the book than the film. You must make your way through linear locations like Japan and New York, fighting for survival while achieving a series of goals together, like opening a door so a train can get through, or getting on a boat before being overtaken by zombies. The story is light, but it provides some interesting context for what you’re doing. Sometimes you’re just trying to get out alive, sometimes you’re helping to protect a mobile caravan of survivors, and sometimes you’re escorting an important scientist. The narrative touches are quick, but I appreciated that they qualified everything just enough so I was doing a little more than just moving point to point.

You can also find coloring for the narrative outside of the missions and unlock short animated backstories for the characters after playing with them at least once. I like how the story is presented because it lets you absorb only what you’re interested in. If you want to just shoot zombies, you can easily bypass everything, but if you want to know why that one character’s hat and bulletproof vest have the word “PRESS” written on them in big white letters, you can learn more about him and his history with the New York Times between rounds.

The third-person shooting feels good, and I didn’t encounter slowdown or connectivity issues playing online, which is an impressive feat at launch. And it’s all the more impressive when you see how many zombies appear on screen. Seeing thousands of the undead descend on you from the distance is a common occurrence, and you must often hold down the fort while they scramble and climb on top of one another to get to you. Seeing the undead hills is scary, and firing at the base with explosives or even just plain old bullets is always satisfying as they topple to the ground and scramble to regroup.

In these situations, when you know the horde is preparing to descend, you have more than just the weapons you scavenged on the way there. You are typically afforded time to set up defenses like barbed wire, electric floor panels, or turrets for some light tower defense. Collaborating with a team (especially on the higher difficulties) to set up defenses and then execute them to hold back the zombies is awesome, and makes replaying the campaigns consistently exciting.

Any character can be any of the six classes, which is good when you find a character you like, or are trying to unlock everyone’s backstory. The classes don’t feel radically distinct, since everyone scavenges the same weapons. Instead, the class dictates your special item, like a grenade, taser, or a special syringe you can use to boost everyone’s health. You level up your class as you play unlocking assorted boosts and equippable passive abilities. It encourages you to find a favorite early and stick with it, which made trying new classes unsatisfying. Alternatively, I like how guns level up individually, because the weapons you use are different every match, so your favorites (like the explosive crossbow) get more powerful over time.

Along with the cooperative campaigns, which is the premiere mode, a competitive mode for groups of eight to fight each other is present. This mode offers a change of pace and has some depth with its five sub-modes and 10 classes that can be leveled similarly to the classes in the campaign, but it plays like a mode from a past era. The shooting feels good and pausing a firefight so everyone can take on a sudden horde of zombies is a cool idea, but running around with your team on a small map adapted from the campaign trying to get 50 kills as fast as possible just feels too familiar in the modern age of online shooters.

World War Z is a technically proficient, visually impressive cooperative shooter that surprised me. Licensed games can be hit-or-miss, and the film version of World War Z is not the most exciting fictional world, but it supports the experience here well. The core of the story (human reactions to a fully thought-out zombie plague) and the best part of the movie (crazy zombie hills) elevate an engaging cooperative shooting experience into some of the most fun I’ve had shooting zombies in a while. 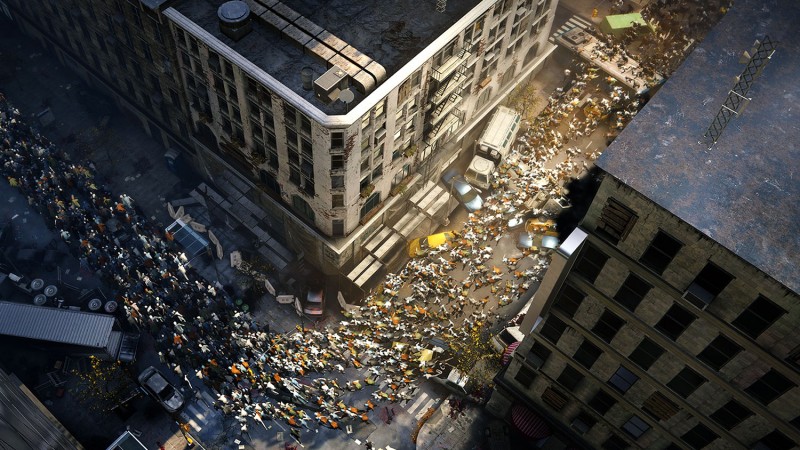 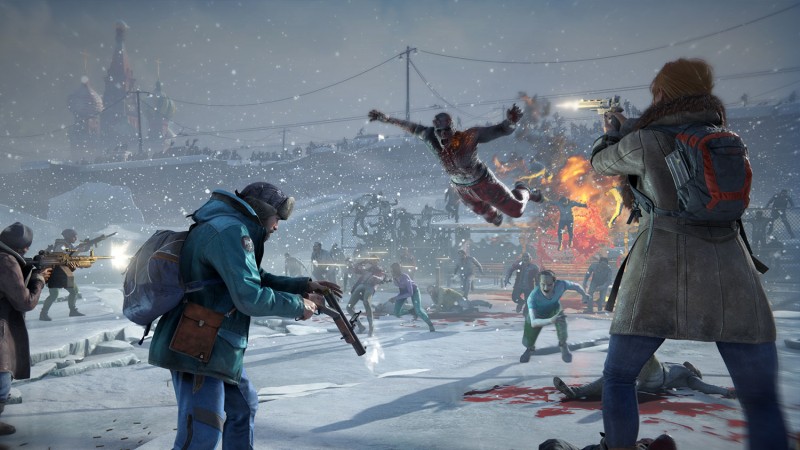 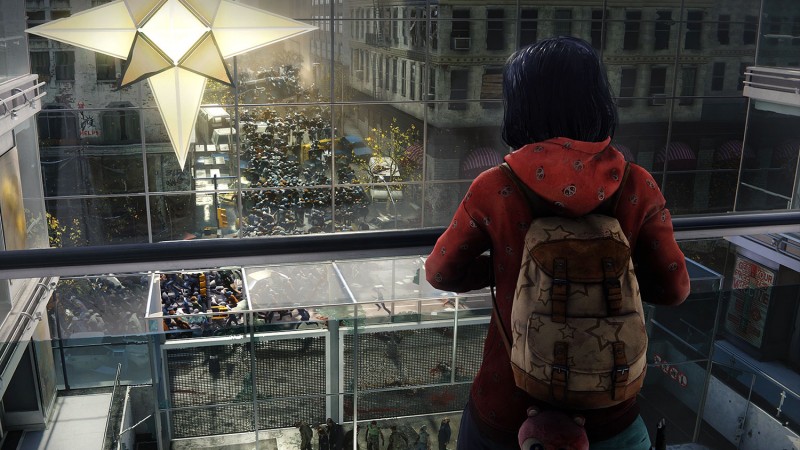 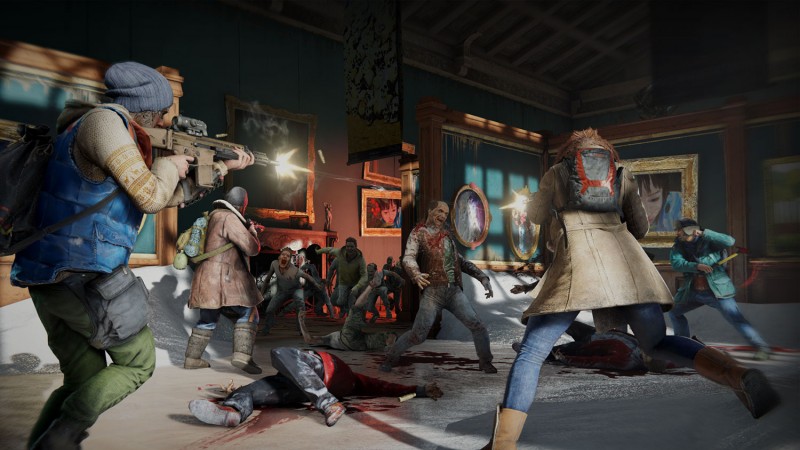 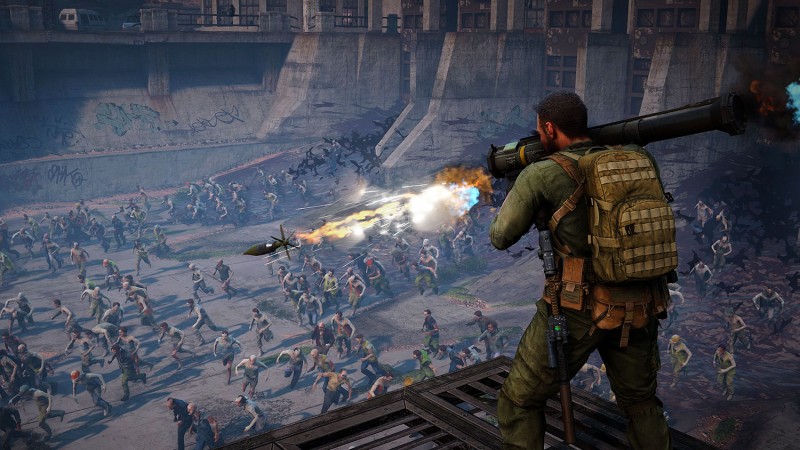 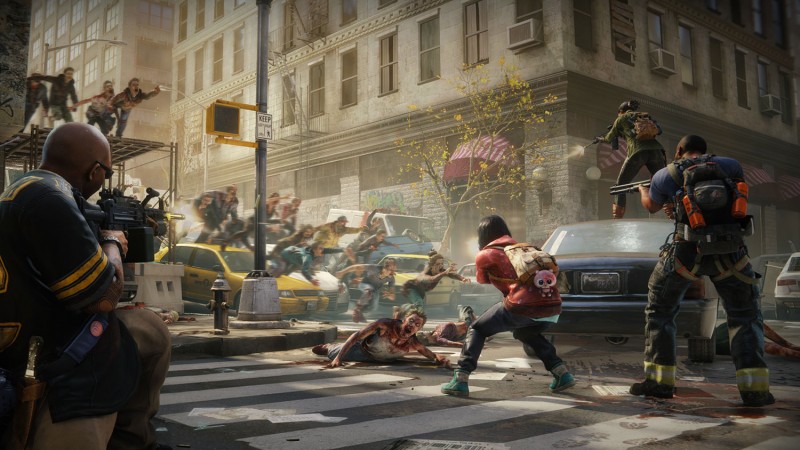 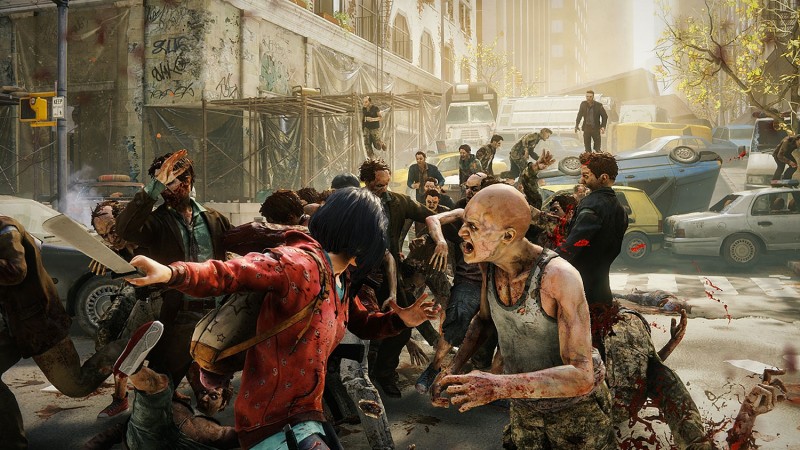 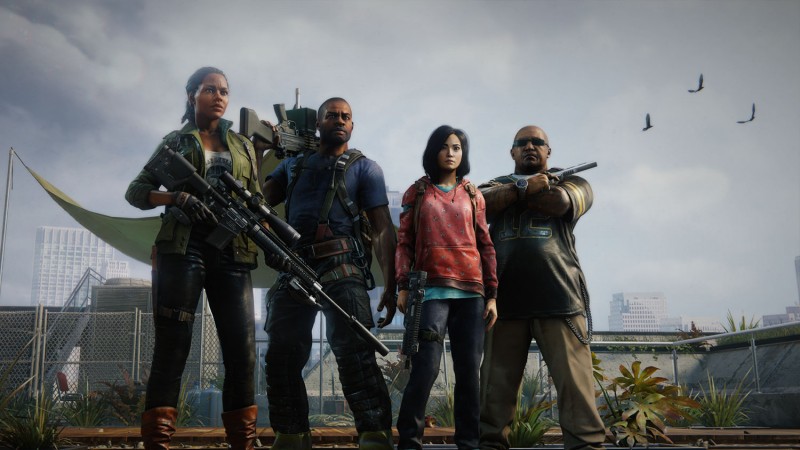 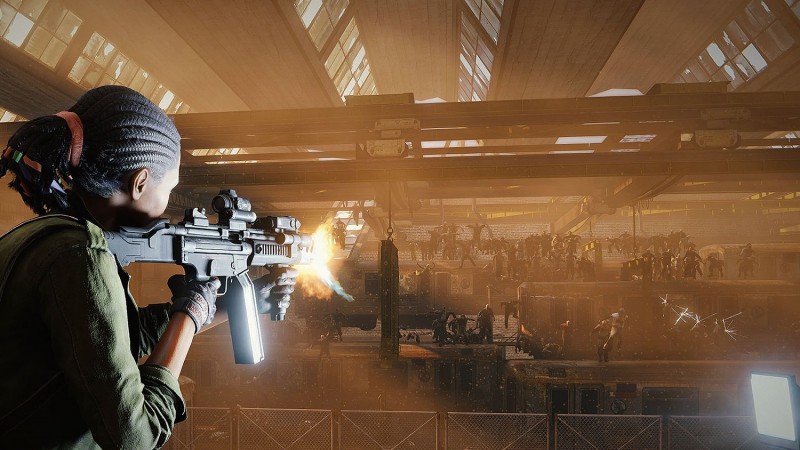 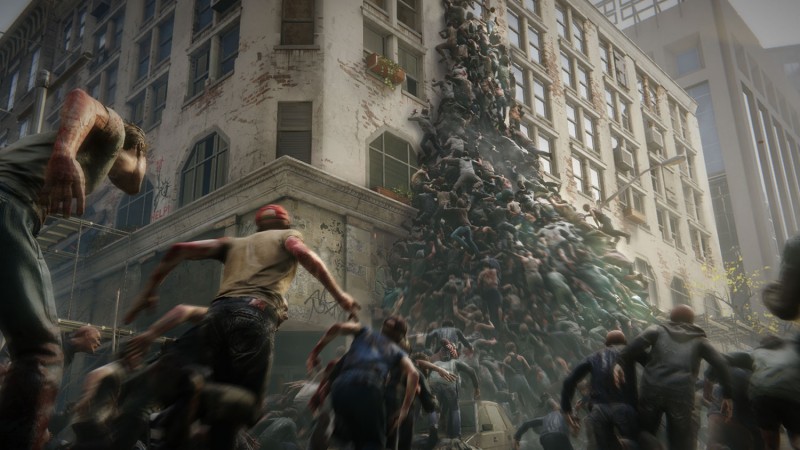 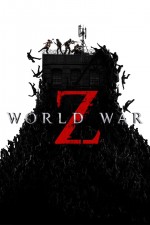 World War Z takes arguably the best part of the film and uses it to create a visually interesting gameplay mechanic that is horrifying to witness but fun to dismantle.

Purchase More Info
8.25
i
Game Informer's Review System
Concept Take arguably the best element of the film World War Z – the zombies – and adapt them into a cooperative shooter inspired by games like Left 4 Dead
Graphics The non-infected player characters are full of detail. Watching the zombie horde descend, even when you’re replaying a scenario, is impressive
Sound The soundtrack doesn’t inspire the intensity it aims for, and the character barks are obnoxious. The performances in the animated short stories are better
Playability Moving and shooting feel great, but some quality-of-life elements for non-verbal communication with other players are missing
Entertainment World War Z hews closely to the core tenants of the genre, but its zombies make the familiar monster feel unique. The story is interesting, but light enough that it knows when to stay out of the way
Replay Moderately high