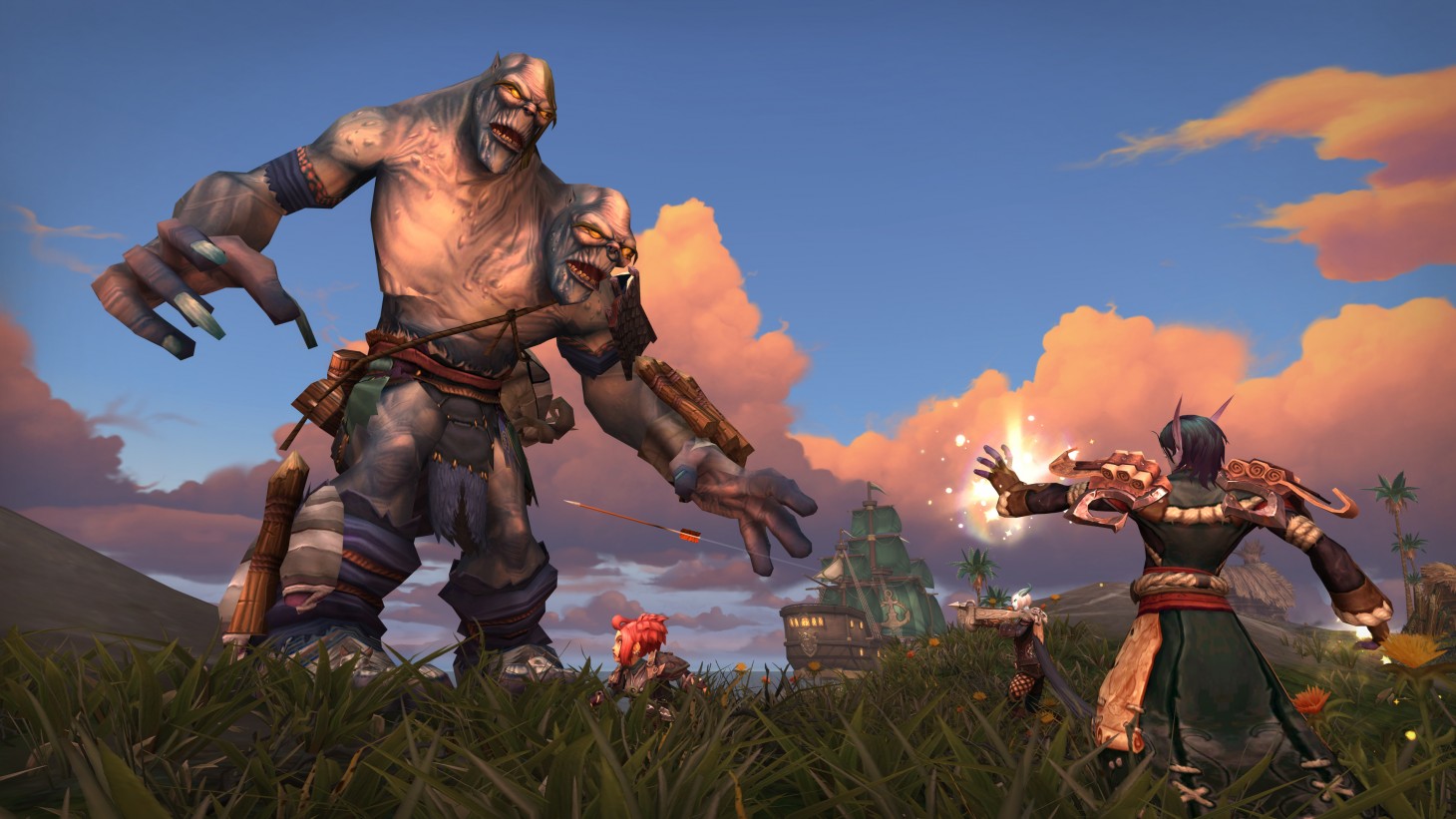 The last World of Warcraft expansion, Legion, played with huge stakes in terms of player advancement and changes to systems and mechanics. Battle for Azeroth stands in its shadow in some respects, gently finessing some of those systems and providing a wealth of content, but dialing back the wow factor of acquiring legendary artifact weapons and unleashing them on the Burning Legion. Battle for Azeroth is a subtler ride, focusing more on impressive new environments and cool characters than sweeping transformation.

World quests, artifact power, and much of the excellent endgame fare introduced in Legion is back, though progression outside of leveling is now a bit different. Instead of powering up a single item in a somewhat linear fashion, artifact power now charges up several different gear slots - and you are always on the lookout for items to drop to fill these instead of a singular static piece. Each of these pieces has different choices to make in terms of how to use your artifact power, so it keeps the desire strong to keep finding new loot. While the effects are dialed back compared to the flashy powers on artifact weapons, I greatly enjoy the fact that I'm constantly making choices and collecting pieces. That said, with no new abilities or talents on the way to level 120 from 110 and the lack of exciting artifact traits, my character doesn't feel much different now than it did years ago.

The two new island continents are great zones to explore, with a variety of biomes and experiences, capitalizing on themes of seafaring, pirates, old gods, and dinosaurs. It's an ambitious, almost zany fantasy fusion that somehow works. Players face a constant barrage of additional things to do as they knock out traditional quests, like tracking down chests and rare monsters. The trail of breadcrumbs from activity to activity is engaging and keeps interest high as you move between objectives.

New zones are at their best on the Horde side. Your first visit to Zuldazar is breathtaking; it’s a massive capital city that makes Dalaran, Orgimmar, and Stormwind look pedestrian. The island is dotted with thematic and fun experiences, many of them involving blood trolls, loa, or a lot of awesome dinosaurs. It is also home to great new characters like the dark-deal-making Bwonsamdi. The island and its inhabitants take clear inspiration from Haitian Voodoo, but the colorful World of Warcraft slant is surprisingly effective, and kept me interested through the leveling journey.

The quality of dungeon content is all over the place. Waycrest Manor is the high note, as players explore a haunted house full of strange denizens and wafting organ notes coming up from the basement below. It feels almost like an old-school, mini-Karazhan – a spooky place with solid variety in encounters and nice pacing. On the other end of the spectrum are dungeons like The Motherlode, which is a long and uninspired corridor with a seemingly endless pile of trash monsters to wade through.

In addition to traditional dungeons, island expeditions are randomized three-person scenarios that don't require any specific group composition to tackle. These can be completed as bite-sized content for an artifact power boost; players get a bit of it for each run, but get a huge influx for completing enough each week. I love the variance of the different expeditions here. Your opponents are different each time, and factor into how you have to engage. You may face a more passive team looking to get points by killing monsters, or you may run into the Worgen band that tracks you down and attempts to kill you over and over. Changing up your strategy based on what you find is great fun, but the rewards don't really merit engaging after you've hit your weekly payload. You can also play this mode in PVP mode against actual other players, which can add yet another layer of strategy to the battle and you'll get some additional rewards, but I prefer to go up against the interesting preconstructed PVE compositions. Just not those Worgen. They'll never stop hunting you!

And what of the war? As you progress, you slowly unlock new footholds in enemy territory. Some of this is reputation-gated, so it's difficult to make headway at first, but it's a clever way to drip out new outposts in “hostile” lands. Truth be told, unless you have war mode enabled (consensual PVP), most of the time spent in enemy territory outside of specific missions doesn't feel very warlike and feels like more of the same stuff you're doing on allied ground. Despite the highly questionable lead up into the war spurred by Sylvanas, I'm more than happy to mess with Alliance holdings under the command of her champion Nathanos Blightcaller, who adds a little spark and spice to each deed done in the name of the Horde.

Living up to the standard set by Legion, one of World of Warcraft’s best expansions ever, is an almost impossible task. Battle for Azeroth isn’t quite there yet. With warfronts, raids, and more story beats coming in the future, that may change. For now, the only thing for certain is that World of Warcraft still captures the MMORPG magic. And now that magic has dinosaurs. 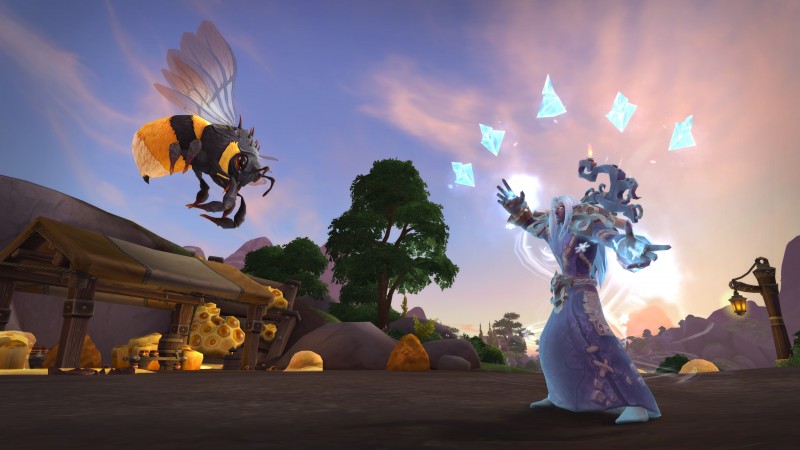 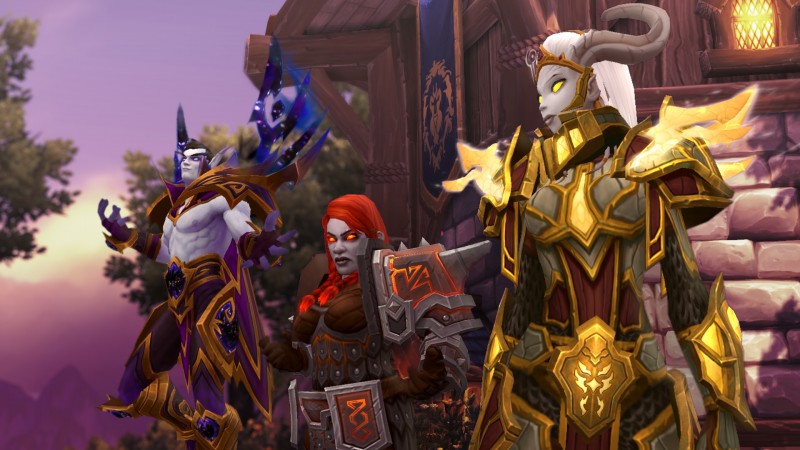 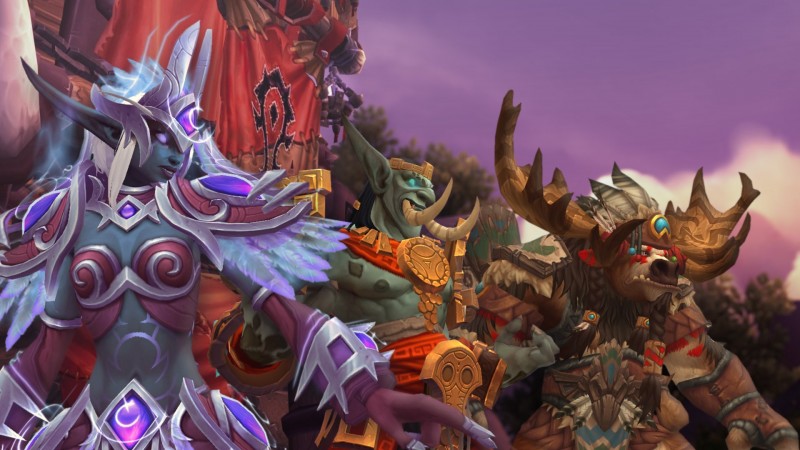 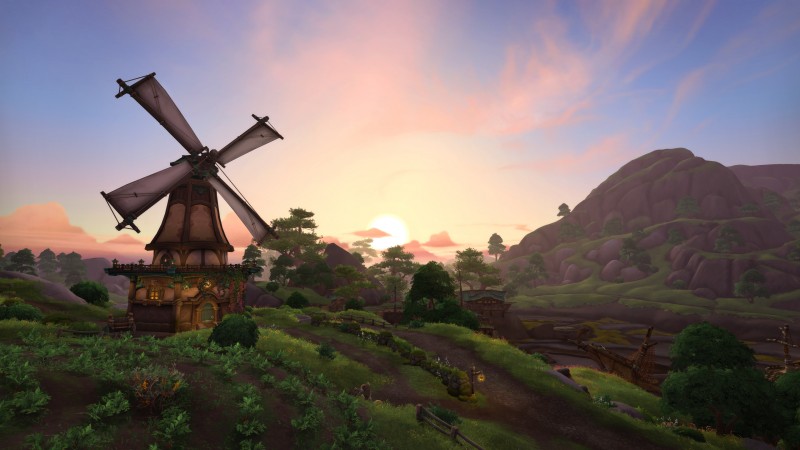 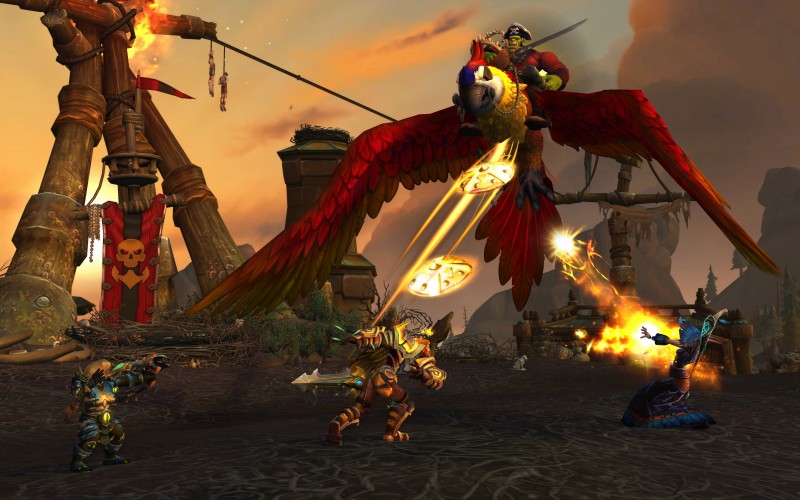 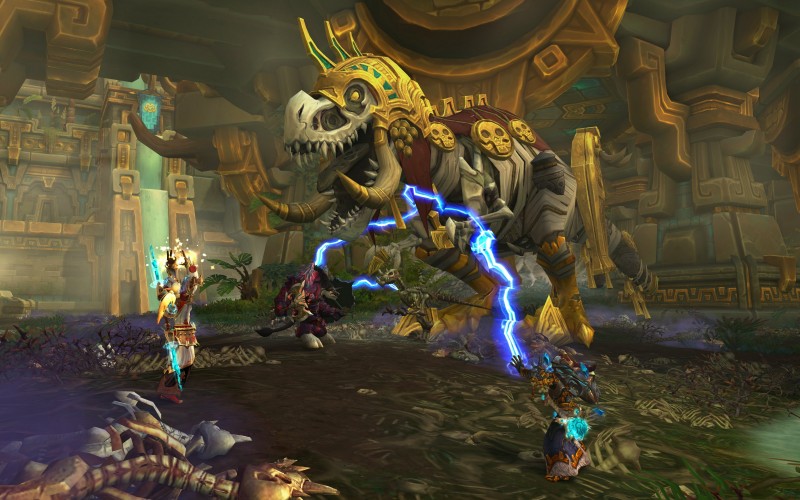 On
On
Off
8.75
About Game Informer's review system
Concept
Explore new islands as old rivalries bring the Horde and Alliance into an all-out war
Graphics
Inspired zones and environments prove that WoW can still convey interesting ideas despite its age
Sound
A stirring score highlights dungeon delves, the majesty of capital cities, and the march to war
Playability
Starting fresh in WoW is a daunting task, even with the extensive amount of streamlining and accessibility options over the last few years. But breadcrumbs do a solid job of leading players to critical elements
Entertainment
It may not break new ground in comparison to the preceding expansion, but Battle for Azeroth provides a wealth of activities for players to enjoy and experience
Replay
High