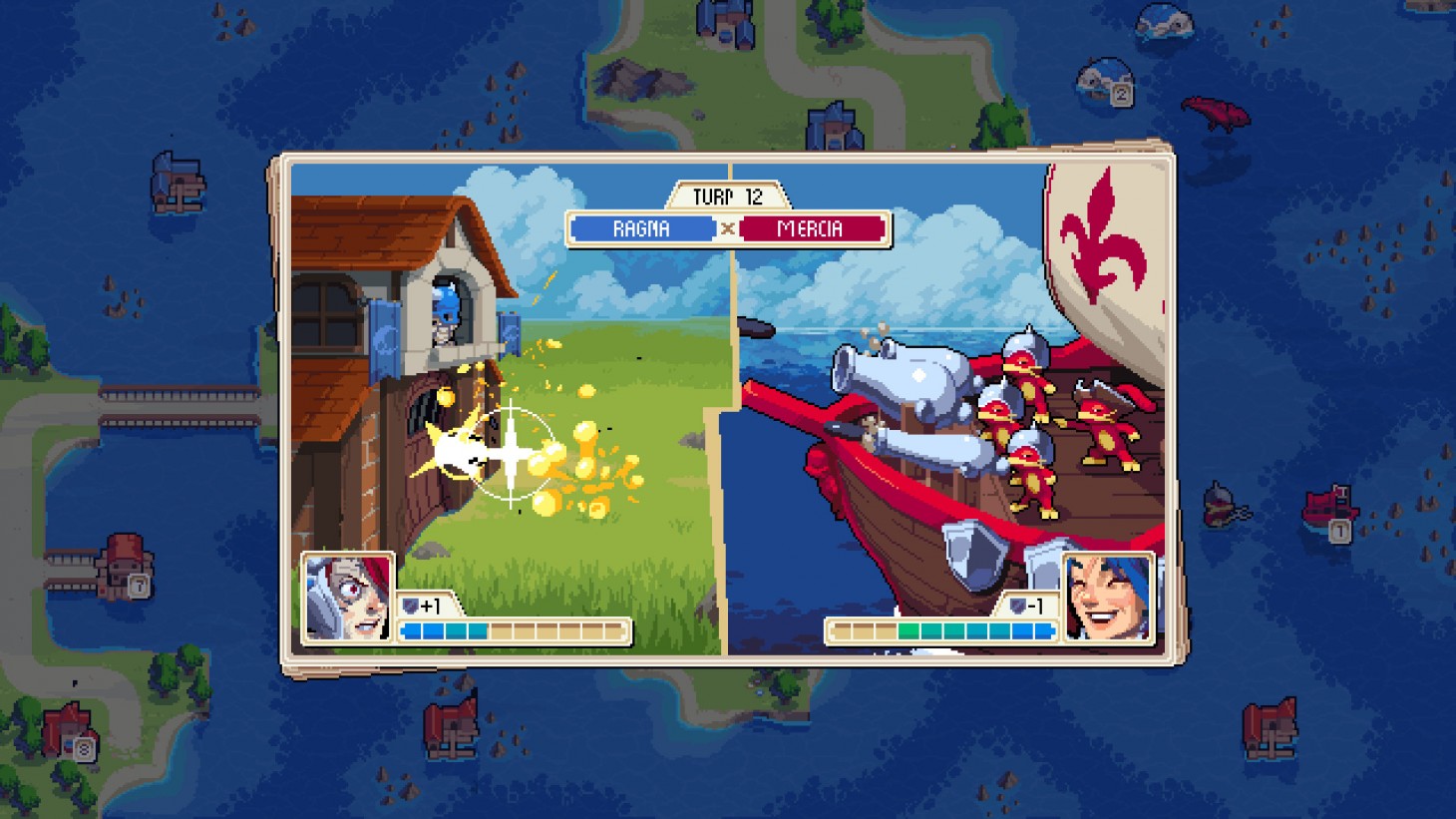 After her father is assassinated and her forces overwhelmed, times are dire for Mercia, a newly-minted queen who must prove she’s capable of leading an established empire to victory. Wargroove sits in a similar place, as it hopes to prove itself worthy of a mantle established by other greats in the turn-based tactics genre. Thankfully, it captures the appeal of its inspirations while also making some inspired decisions, making it much more than a retread of an established field.

Wargroove is firmly planted in the colorful and lighthearted turn-based warfare of tactics games like Advance Wars, but it’s all business when it comes to the fundamentals. The basic mechanics seem simple at first, as you slowly build an army of medieval infantry and creatures, claim the territory and gold necessary to finance it, then push into your opponent’s side of a grid-based map. Even so, Wargroove gives you plenty to learn. The campaign teaches you the ins and outs of warfare, then ramps up into a satisfying, well-paced experience. Tips are rolled out at a slow but steady clip, which is necessary for a game with plenty of details to obsess over.

Mercia’s quest is chock-full of misunderstandings that lead to full-scale conflicts with other nations, which conveniently provide opportunities to build armies and test your strategic prowess. Beating some of the later missions felt like a huge accomplishment, and I regularly kicked into “one more turn” mode as I tried to break a chokepoint with only a healer and a knight, or the risk an entire skirmish on slipping a key unit past the enemy’s pincer strike in an unprotected wagon.

Some of the later missions made me long for mid-mission checkpoints (especially when one dumb, accidental move cost me a match), but the limitations raise the stakes and make victory that much sweeter. The computer opponent also makes some dunderheaded moves on occasion, but it provides a good challenge for the most part, and the overwhelming odds most missions throw at you make up for the obvious mistakes.

The hierarchy of infantry, airborne units, and powerful seafaring creatures and vessels is varied but succinct, giving every unit a distinct purpose and counter on the battlefield. Blinded by fog? Recruit a few dogs and plant them on mountaintops to cut through it. Need to stop the lumbering golem wrecking your soldiers? Build a trebuchet, but remember that it can’t move and launch its payload on the same turn. Predicting what units your opponent might have up their sleeve turns every match into an engaging series of puzzles that collide with each other as you manage different fronts, and an at-a-glance breakdown of what every unit is strong and weak against helps push your strategy in the right direction.

Commanders are the strongest units under your control, but losing them in the field of battle means losing the match. They have access to powerful “groove” abilities, like being able to summon any unit right next to them. Some are stronger than others, but they all introduce just enough flash to make every fight interesting without feeling like a game-winning crutch.

One brilliant twist on the tactics formula Wargroove thrives on are its critical hits, which give every unit a way to deal extra damage under a set condition. Knights hit extra-hard if they charge a full six spaces before attacking, while golems power up at low health. I love the strategic layer added by maximizing my army’s effectiveness by tweaking the specific angles, distances, and order of my offense (as well as weather conditions), since it removes the onus to blindly throw a mass of units at a problem.

Another way Wargroove stands out is in how many outlets it gives you to test your mettle, each of them fun and catering to a different need. Along with a meaty campaign, you can jump into the speedier arcade mode, which has you pick a commander and pits you in a five-match gauntlet on random maps against the A.I.; I appreciate having a way to just sit down and play a couple of self-contained matches. If you want an even shorter burst of action, a number of clever puzzles task you with completing a set objective in a single turn.

Multiplayer lets you hop into a match with one to three others either locally or online, though I would have liked the option to fill in missing slots with computer opponents. The connections in the matches I played seemed to hold up, though the lobby system could use some tweaking when it comes to playing with friends. If the included maps aren’t enough you can make your own, with a fantastic degree of customization. You can even make your own campaigns, complete with cutscenes and overworld maps. I’m generally not the type to dive into creative suites, but I’m impressed with how thorough the editor is, and I’m curious to see what comes of it.

It might be easy to peg Wargroove as an imitator, but its genius is in details. With tons of modes and maps it doesn’t skimp on content, but the approachable-yet-nuanced tactics at its heart, as well as the way it deftly iterates on the genre, make it an outstanding title. It might be building on a strong foundation, but Wargroove earns its crown on its own merits. 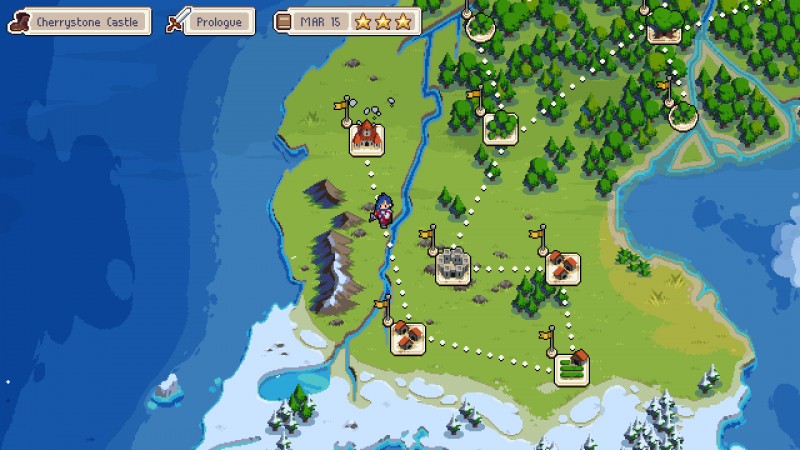 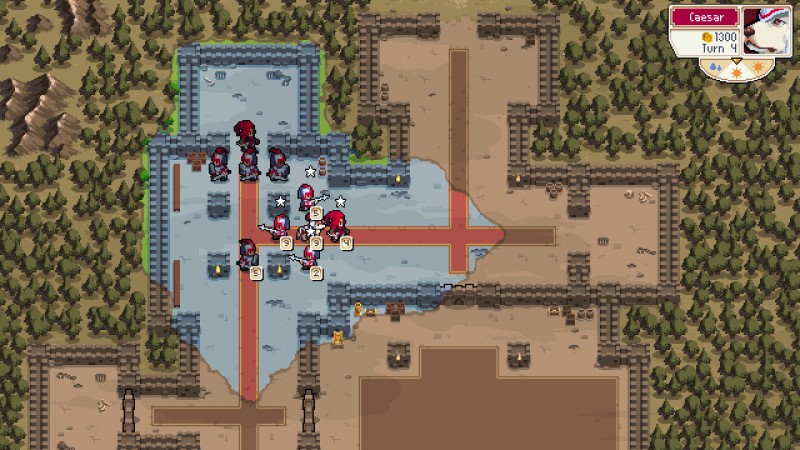 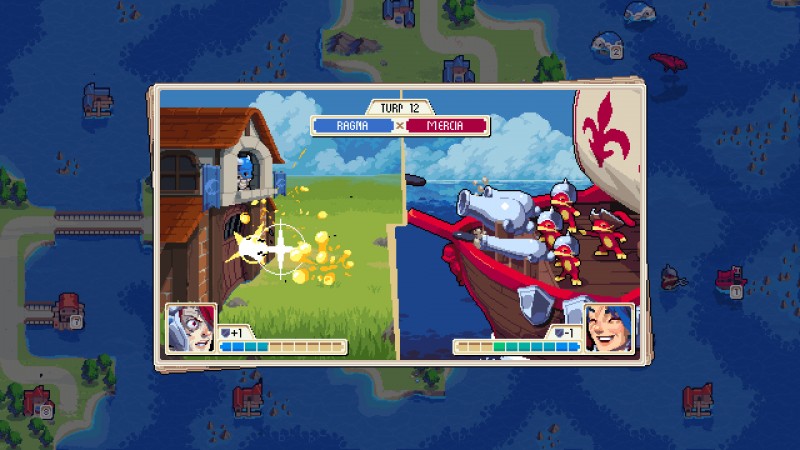 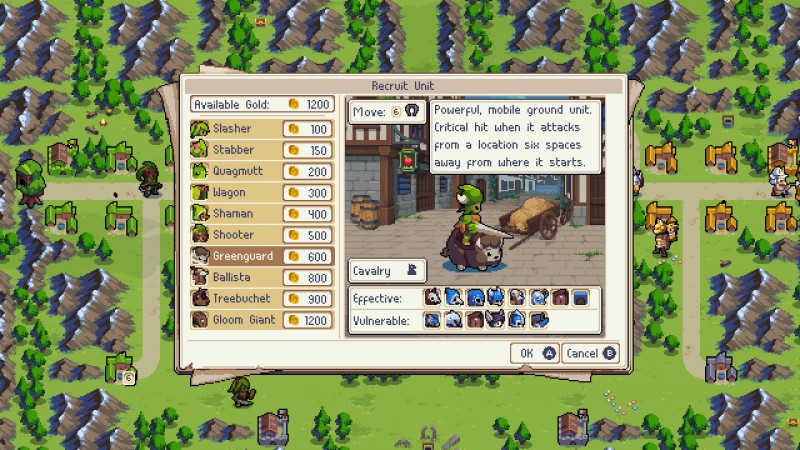 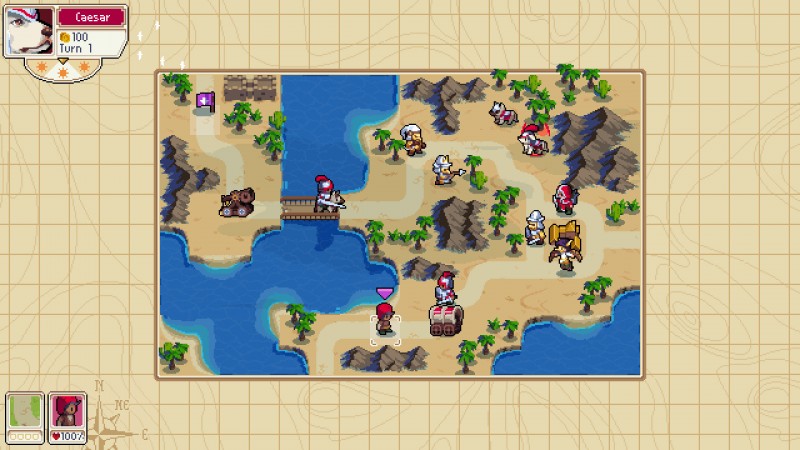 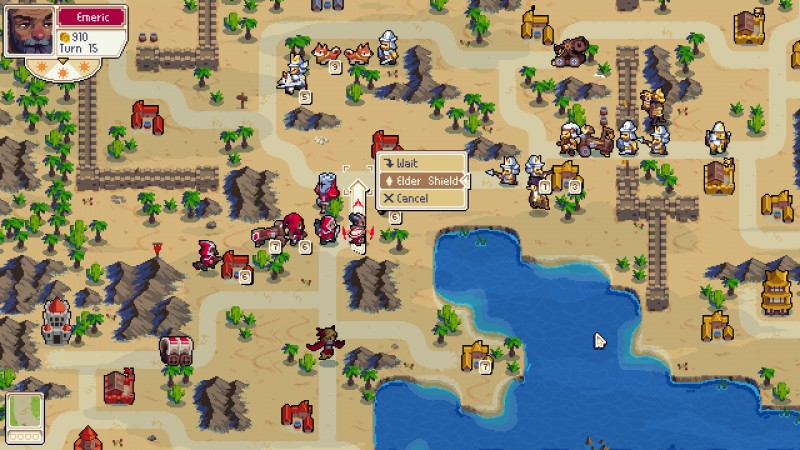 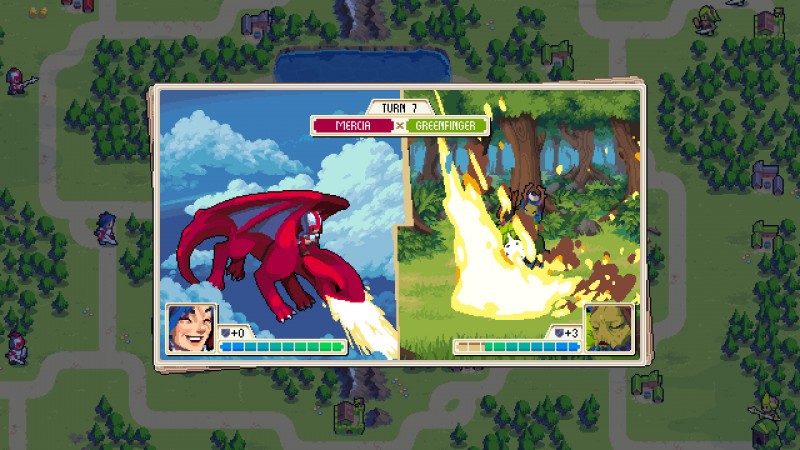 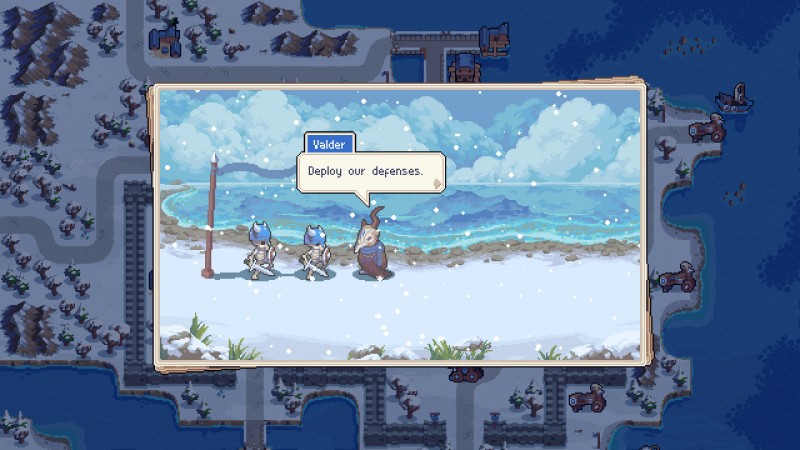 Wargroove is a fantastic tactics game that builds and iterates on the genre in clever ways.

Purchase More Info
9.25
i
Game Informer's Review System
Concept Command medieval armies of knights, harpies, and sea turtles across several modes, while building on the arcade strategy genre
Graphics The pixelated graphics are a gleeful nod to strategy games of yore, though some of the text can be hard to read
Sound Commanders have their own unique theme music, though the standard fantasy soundtrack can sometimes bleed together
Playability Commanding units is straightforward and quick, despite some minor menu hang-ups. A zoomed-in view makes it easier to focus on the battle when undocked on Switch
Entertainment Wargroove offers several ways to get your turn-based strategy fix, whether it’s playing through an hours-long campaign, creating your own scenarios, or playing online
Replay High