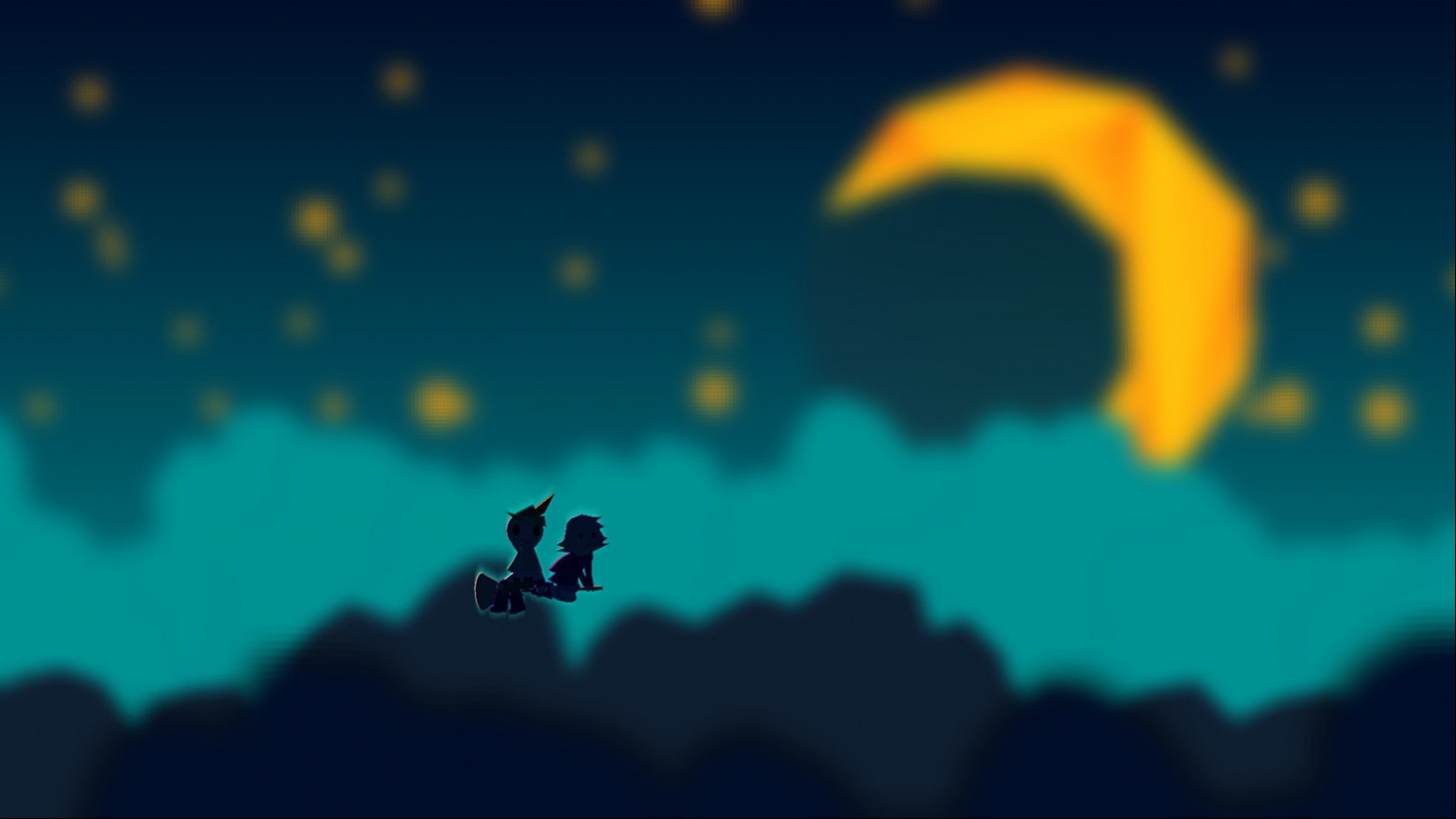 Wandersong’s hero is not a daring knight or sly rogue. He’s a bard and proud of it, constantly grinning and showering those around him with songs of mirth (even if they don’t want to listen). Thrust into the role of adventurer, he has to visit far off dimensions to learn a song to prevent the impending apocalypse. While the stakes are high, Wandersong’s proceedings are not grim. Like its goofy hero, this platformer/rhythm hybrid is dedicated to trying to make you grin.

The majority of Wandersong’s gameplay has you performing simple rhythm games, often during scenes where the bard needs to use music somehow, like putting on a concert with a group of talented misfits. You move the right thumbstick around a colorful music wheel, following a Simon Says routine to proceed. If you mess up, you have endless chances to redo the melody. As a result, the rhythm sections are rarely difficult, even in the later stages. But that also means they’re rarely interesting.

Platforming stages fare better, offering more challenge. You use the directional rhythm wheel to pilot platforms through obstacles, like singing high when you want to go high. These levels are at their best when they require you to use the bard’s voice to activate platforms and other traversal methods to progress. My favorite setup involved controlling the pathways of plant pods through a vertical maze. Wandersong occasionally veers into other gameplay elements to shake things up (like one section that has you trying to gather a band of people in a town where every citizen keeps to their automated schedule) but they don’t last too long. These tricks are amusing, but do little to hide the game’s biggest problem: Outside of the story and humor, Wandersong isn't much fun.

Gleefully colorful and simple, Wandersong doesn’t test your reaction-based mettle or prod your moral convictions with tough choices. The rhythm game feels the same every time and it grows stale quickly. The gameplay is light, but the colorful cast of characters, like a teenage witch with an attitude named Miriam and a caffeine-addicted pirate captain hopelessly in love with a mermaid, are charming enough to keep things engaging. There is also a surprising amount of melancholy beneath the happy-go lucky surface, particularly when it comes to the bard’s self-perception and the emotional struggles of several supporting characters. However, this is largely a lighthearted story about the power of friendship and perseverance.

The best moments occur when the bard’s cheerful outlook is thrown headlong against Miriam’s cynicism, leading to a number of engaging (sometimes funny, sometimes sad) conversations about life, duty, grief, and the struggle to do the right thing. Even when the tediousness of playing some of Wandersong’s weakest sections got to me, the promise of more scenes featuring these two was enough to keep me pushing through. The tweaking of fantasy trope characters is also fun, especially when it comes to the renowned hero of the land, Audrey, who constantly disrupts the bard’s plans with impulsive actions and a competitive streak.

Wandersong has more than its fair share of chuckles and even a few emotional beats that make the journey worth taking. Our hero is a lovable loser out to save the world, and the cast of vibrant personalities keeps things entertaining even when the platforming or rhythm feels tedious. Ridiculous gags involving our well-meaning hero experiencing caffeine for the first time or arguing with a bitter old granny to get her to teach him a song put a smile on my face. However, the gameplay distracts from these whimsical delights instead of complementing them. I walked away from my time with Wandersong having enjoyed the story beats and being charmed by both the world and its characters, but I wish I had more fun actually playing it. 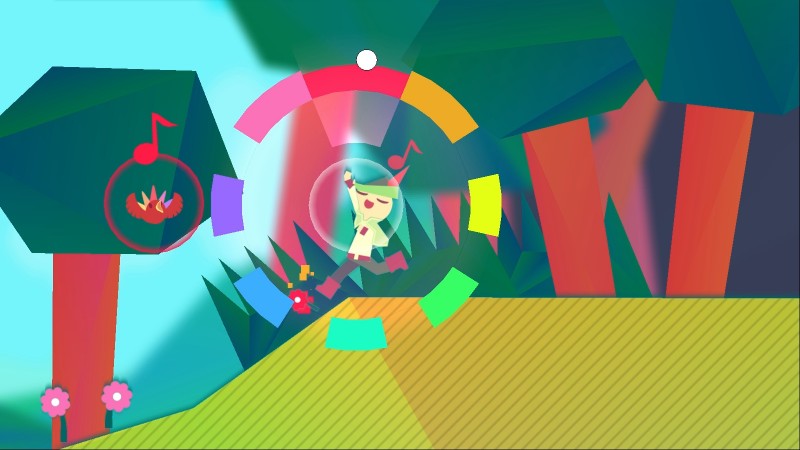 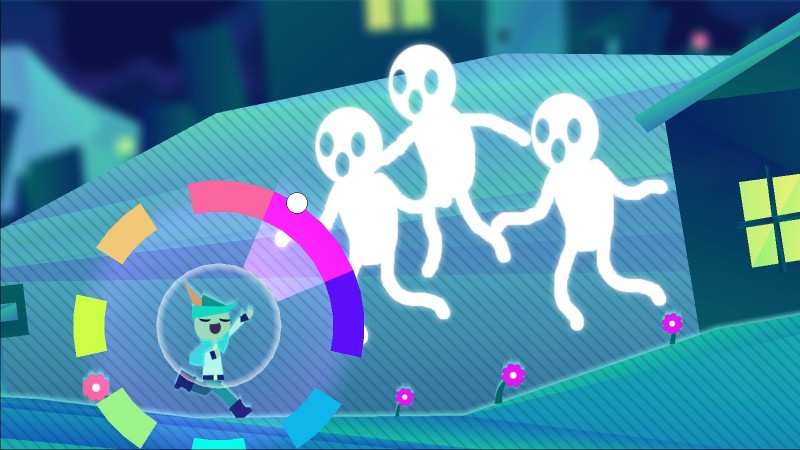 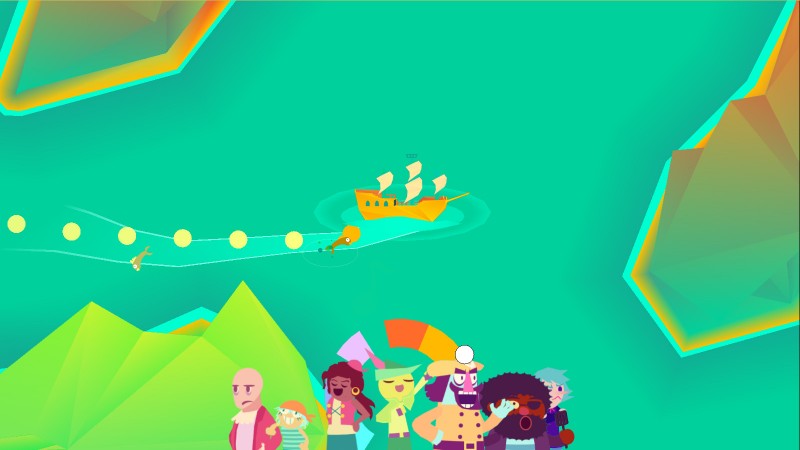 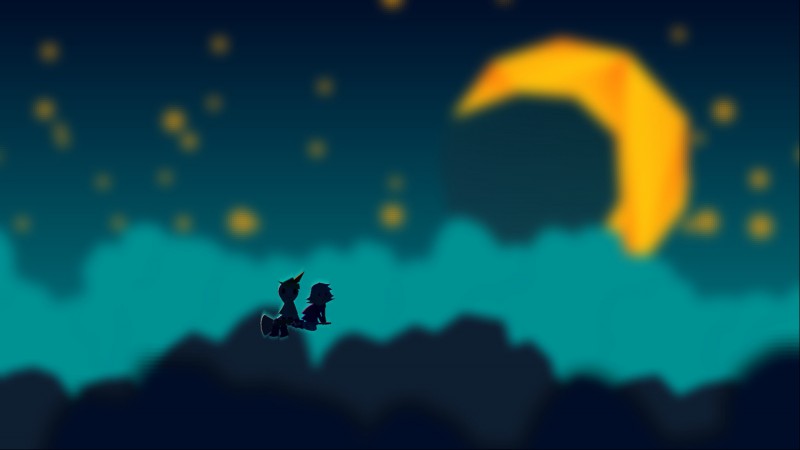 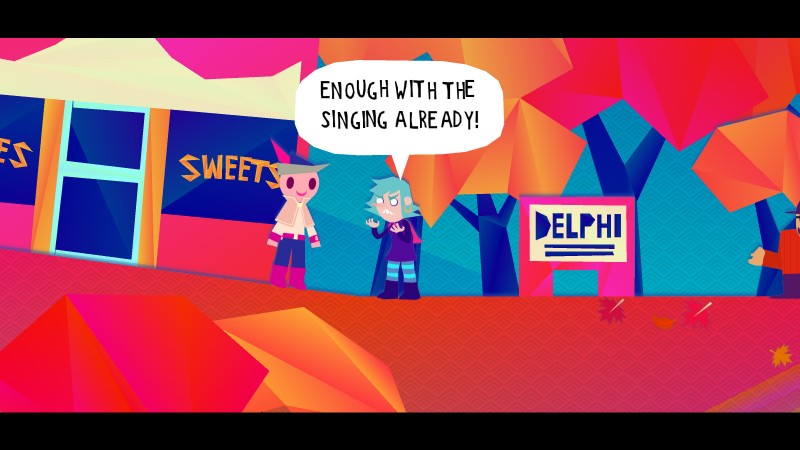 Off
7
About Game Informer's review system
Concept
You’re a bard! Use your voice to save the world
Graphics
Character design and animations are cutesy, but the cardboard-cutout environments can be hard to read when it comes to navigation
Sound
A lovely soundtrack proves to be Wandersong’s crowning achievement
Playability
Wandersong’s blend of platforming and rhythm is easy to understand and play
Entertainment
The delightful story and atmosphere just narrowly make up for the lack of compelling gameplay
Replay
Moderately Low