As Vane opens, a powerful storm rips apart a mysterious landscape, and you control a child clutching something to their chest. As the storm breaks the ground below your feet, you sprint to safety and the dark, synthwave soundtrack kicks in, accompanying your journey to a building in the distance. When you arrive at the door, a mysterious cloaked creature wearing a plague mask blocks your path, pushes you to the ground, and you are lifted into the air by the storm you were trying to outrun. Everything fades to black. Vane establishes intrigue early and asks many compelling questions during these moments, but it is not equipped to answer them. Frustrating moments pepper the experience, but a few high points almost make the full journey worthwhile.

After the impressive opening, you are suddenly in a quiet, storm-free desert – and you are a bird. You make your way forward along a deceptively linear path. As a bird you can fly anywhere and land in certain places, but you can also transform into a child who explores on foot. Much of the gameplay and puzzle solving revolves around swapping between bird and child forms. Flight gives you the chance to explore large areas and plan out puzzle solutions without restriction, but the child can actually move objects and pull switches. Controlling the protagonist is harder than it should be in both forms. The camera is erratic, making it difficult to land when you are the bird, and the child often gets hung up on geometry while the camera clips through the environment. I also had to restart one puzzle multiple times as the A.I. put in place to assist me would inexplicably lose its motivation or get stuck in corners. The immersion was constantly being broken when I should have just been looking around in awe.

As you’re solving puzzles, you journey deeper into a strange dilapidated world that shifts and rebuilds itself around you while freeing your captured bird brethren or delivering gigantic strange golden balls to the masked creatures seen in opening. You don’t know exactly why you’re making your way toward your destination or doing what you’re doing, but the landscape is beautiful, showcasing a place that was built up like a city, only to topple and fall apart before your eyes.

It all looks stunning, but the direction you need to go is often unclear. The atmosphere is impressive, but getting lost made me struggle to appreciate it. In one instance, while trying to figure out my next path, I accidentally sequence-broke the game. This placed me in the next location without the tools I needed to continue, forcing me to fall back on a previous checkpoint.

So many little things cause frustration and create unnecessary hurdles, but when the game is functioning, and you are able to maintain a reasonable pace of discovery, Vane delivers strange and creepy moments that compelled me to see what was coming next. The climax leading up to the finale is so odd and interesting that I immediately restarted after finishing and played through the whole game again just to try and wrap my head around it. I didn’t walk away with an explicit understanding of what this world went through and how I was connected to it all, but I am still pondering specific imagery from the journey, like conveyor belts transporting cages through a series of caves or the strange masked creature looking down at me from above as a violent storm swirled around it.

Vane feels like an indescribable fever dream when it works, relaying a wordless story about a transforming creature trying to figure out its place in a world that appears to be falling apart. Too often though bugs and a lack of clear direction reminded me that Vane could have used a little bit of extra development time for polish.

Off
6.75
About Game Informer's review system
Concept
Explore a mysterious world and solve puzzles as a creature that can transform between child and bird forms
Graphics
The dark, atmospheric art style does a fantastic job selling a world that feels like it came out of a bizarre dream
Sound
The music is great, offering a moody, synthwave soundtrack that recalls the music of Blade Runner
Playability
Whether you’re controlling the child or the bird, movement is a struggle. The child gets caught up on the environment often, and directing the bird to specific landing spots is difficult
Entertainment
Vane’s atmosphere, music, world, and abstract story are affecting and strange, but the bugs and design lead to unnecessary frustration
Replay
Moderately low 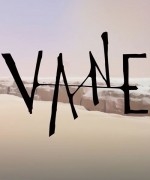