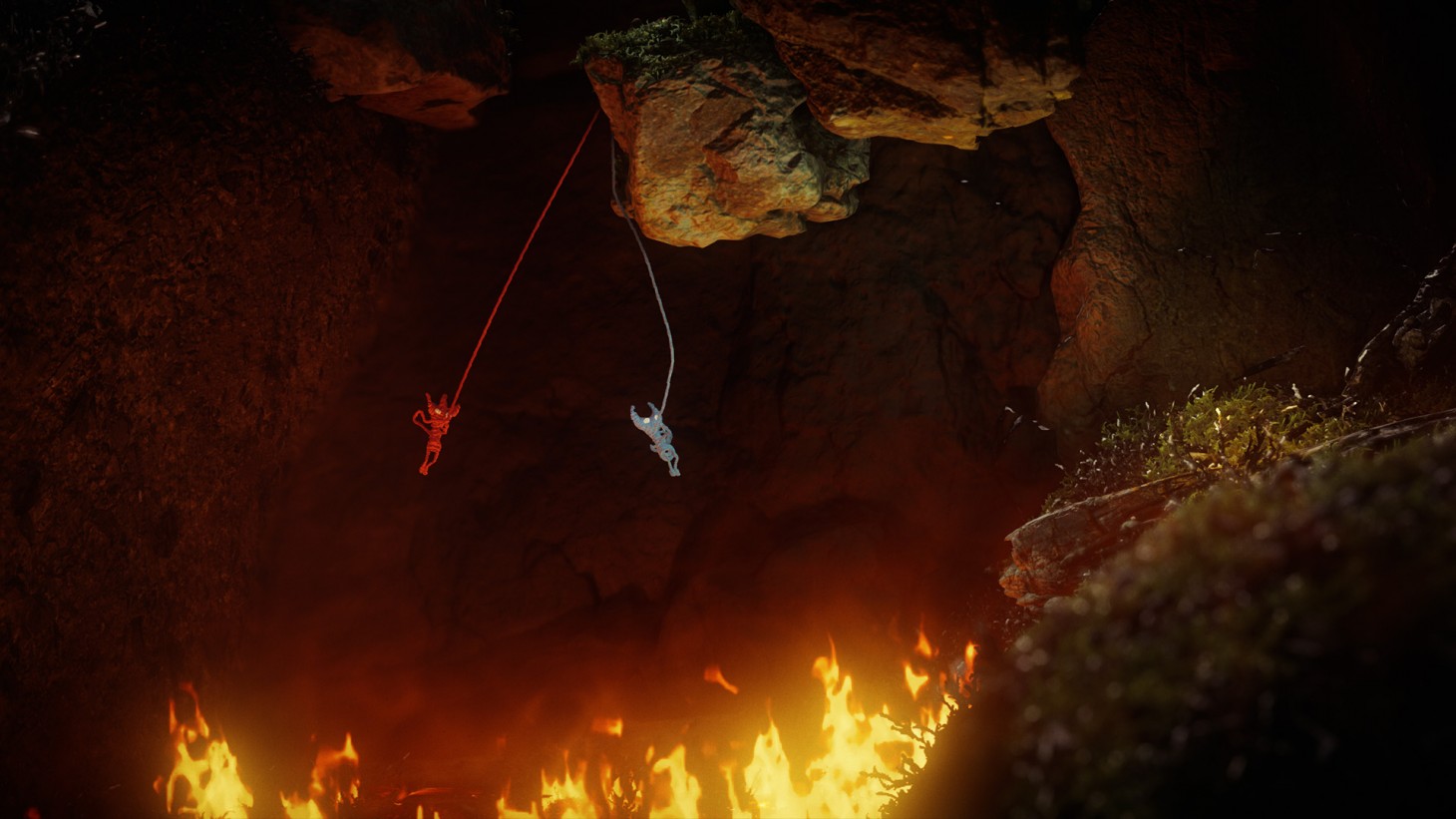 The original Unravel delivered exciting platforming sequences, creative-but-repetitive puzzles, and a touching story exploring an elderly woman’s memories. Unravel Two doesn’t stray far from those core concepts, but by introducing a second Yarny to control either solo or cooperatively, it injects new ways to approach situations and expands the formula to create a better experience.

In single-player, you bounce between both characters, though each player controls one in co-op. You can also combine the characters to rush along together. Swapping is remarkably smooth, and having the ability to dangle off any ledge and swing (while the other Yarny holds you) opens up some interesting possibilities in puzzle-solving. The simple nature of the gameplay makes for accessible and enjoyable cooperative play. Adding the second player not only emphasizes the teamwork aspect, but it significantly ups the pace of the action, since you don’t need to stop to switch between Yarnys.

Swapping and swinging are critical to nearly every challenge, and encourage you to think outside the box when conquering an environmental riddle or platforming section. For example, one level unleashes a chicken that chases you. To pass, you need to constantly distract the chicken with one Yarny by putting him just out of reach while the other Yarny progresses through the level. I enjoyed figuring out the right spot to leave the one character, then finding the best path with the other once the coast was clear.

Whether you’re playing cooperatively or going solo, the two characters are tethered, so you can’t venture far from one another. However, you quickly learn to use this to your advantage. With the characters’ shared thread, you can dangle from any ledge, swing whenever you want, and wedge the yarn over obstacles to scale them.

Apart from the new character, the rest of gameplay should be familiar to fans of the first game. You jump and swing with precision though seven lengthy stages in the campaign, solve physics-based puzzles, and witness a passive story unfolding in the background. Unravel Two’s platforming feels great, but the swinging is the star of the show; I always got excited when I saw multiple grapple points lined up inviting a lengthy swinging segment.

Mirroring the two Yarnys’ adventure, you watch a tale of two children getting into various kinds of trouble. It’s a wordless tale depicted though ghostly images in the background, so the specifics are left vague and open to interpretation. This makes the character and scenes hard to connect with, and only near the end of the game did I begin to feel invested. No matter how hard the story tries to be touching, it never quite succeeds.

The main stages likely won’t push you to the limit of your platforming prowess, but the 20 challenge levels might. These are much shorter than the standard stages, often consisting of a single screen, but don’t be surprised if they take longer to beat than the story levels. These challenges take skills you build in the main campaign and test your mastery, as well as your timing and reflexes. Vanquishing a challenge stage is always satisfying, and with the main story dialing back the difficulty, these levels are great additions to the package.

With thoughtful gameplay, seamless co-op, a breezy campaign, and challenges geared towards gameplay masters, Unravel Two delivers a strong platforming experience for players of all skill levels. Whether you want a unique side-scroller to play alone or a teamwork-emphasizing experience to play with a friend, this is worth a look. 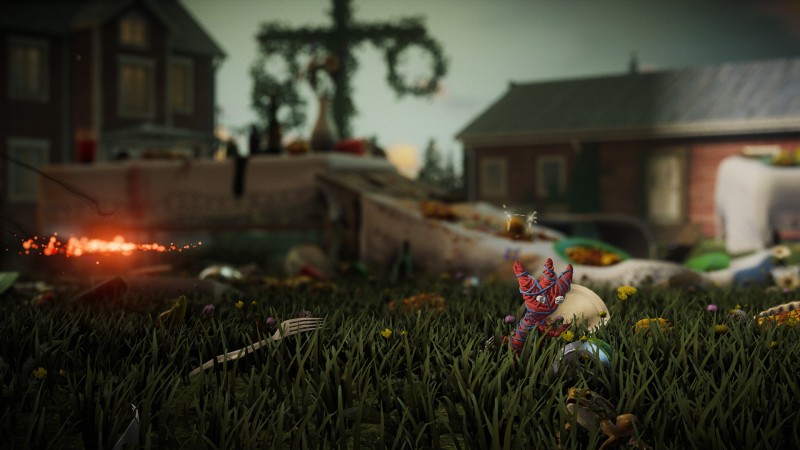 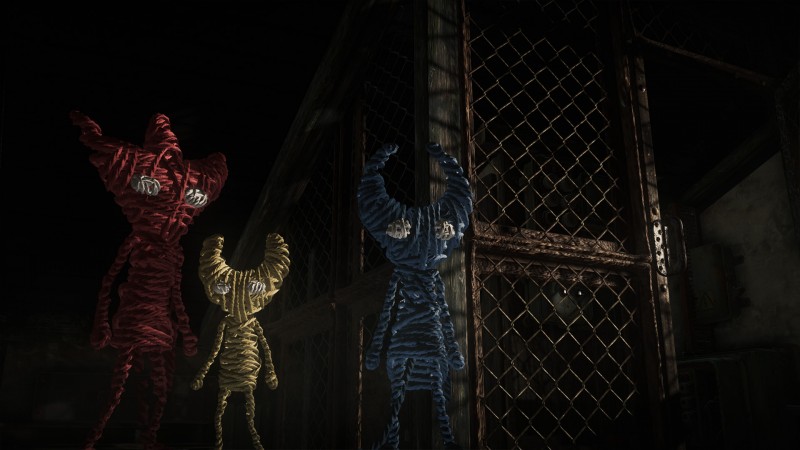 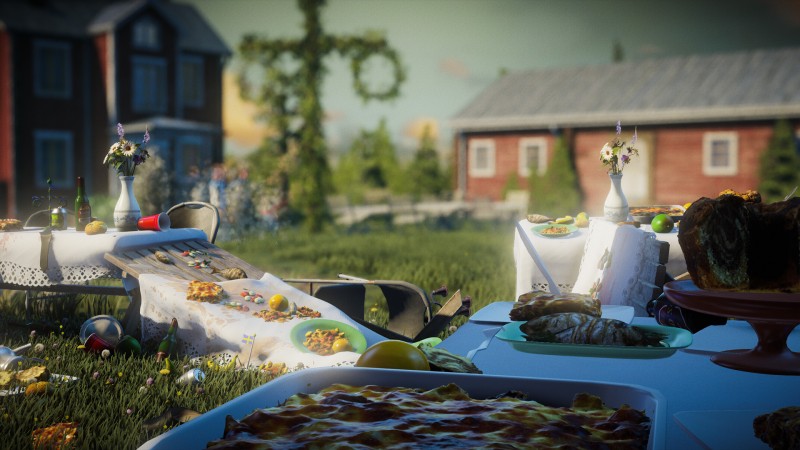 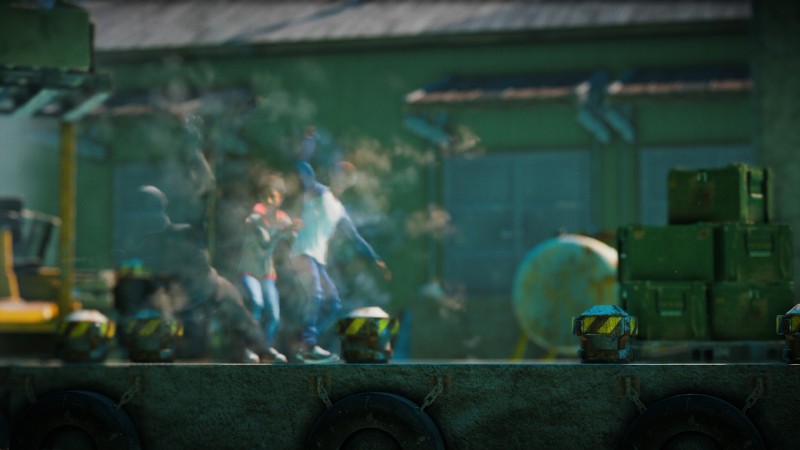 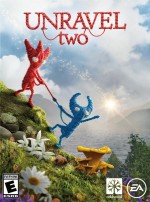 Whether you want a unique side-scroller to play alone or a teamwork-emphasizing experience to play with a friend, this is worth a look.

Purchase More Info
8
i
Game Informer's Review System
Concept Expand on the formula of the original Unravel by introducing a second Yarny and adding new ways to conquer puzzles and platforming challenges
Graphics Realistic visuals emphasize the more intense moments, like being chased by a bird or escaping a burning forest
Sound The music picks up at appropriate times, adding to the urgency of late-stage segments
Playability With solid controls capped off by fun swinging sequences, Unravel Two is easy to pick up and play. Optional hints ensure that anyone can get through the puzzles
Entertainment By adding a second Yarny, Unravel Two ups the fun and adds much-needed variety to the experience
Replay Moderately high