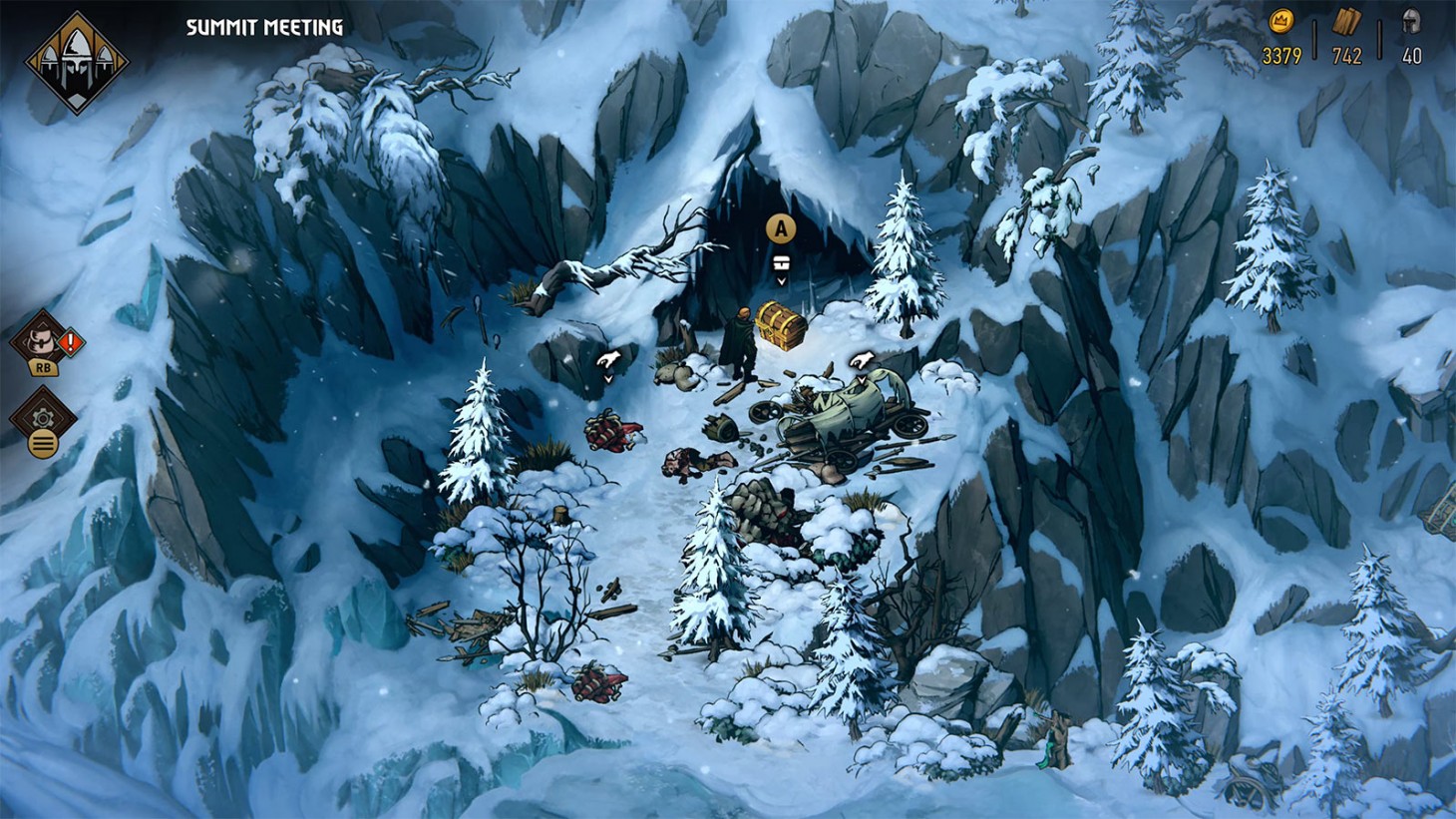 Part of what makes Gwent so fun in The Witcher 3: Wild Hunt is how it is contextualized within the latter’s fictional world. Plotlines have you building your deck across multiple matches, and occasional dialogue branches let you settle disputes with cards instead of swords. Thronebreaker, a new Gwent-based campaign set in the world of The Witcher, takes this concept to its logical conclusion, telling a new tale using Gwent as its core. It works surprisingly well, as the story delivers strong political intrigue, character moments, and tough moral choices. These all hold Thronebreaker together as the standard card-slinging gradually falters across dozens of hours.

Gwent retains its back-and-forth gameplay (which has since spun off into its own free-to-player multiplayer game) in Thronebreaker, though it’s undergone several changes from its minigame iteration. Although the objective is still the same (build up an army one card at a time to win two out of three rounds), there are several more card interactions and abilities to consider, and spies are no longer the terror they used to be.

Thronebreaker uses these rules as its foundation, but alters cards to fit the campaign (and even lets you skip battles on the easiest difficulty). Many of the cards from the free-to-play multiplayer have completely different abilities, and several new cards offer some great new challenges. A fight against a griffin involves lopping off its individual limbs (represented as different cards on the board); fending off a group of thieves has one of them invading your side of the board. These battles further cement the importance of certain story beats, it was great to see that facing an opponent the story long foreshadowed didn’t lead to a straightforward match.

Several fun puzzles find more creative uses for Gwent’s rules – or break them altogether. I love the way these they tie gameplay to story, like one that has you moving a character across the board to sneak past guards. I ended up liking the variety of these puzzle-oriented tasks more than the standard battles, since it’s easy to build unstoppable decks after a few hours. This makes your victory in traditional encounters a forgone conclusion, which gets dull as the campaign goes on.

Although you spend a lot time playing Gwent in Thronebreaker, the narrative does a great job of propelling you from battle to battle. You play as Meve, Queen of Lyria and Rivia, as she attempts to fend off an impending Nilfgaardian invasion. Meve is a fantastic lead, a defiant ruler who refuses to back down from the overwhelming obstacles she faces even as her subordinates cower before Nilfgaard. Between her steely resolve and her tense, harsh moments with her son Villem, I was captivated by her tale.

She’s joined by a strong cast of supporting characters, such as the conniving-but-lovable Gascon and Brouver Hoog, the strict king of the Dwarfs who forces Meve to play neutral with the Nilfgaardians within his realm. Although conversations play out in visual novel fashion, the animated comic-book style looks fantastic, and the performances and character animations are strong enough that I never felt like I was just reading text.

Choice also plays a large role in how your adventure plays out. As you explore a handful of large maps for resources that let you build up your deck, you come across plenty of moral quandaries. Some are simple, like deciding whether to spend money to bury a peasant to raise your troops’ morale. Others can have major ramifications on how the story plays out, and even if certain party members (and the powerful cards they add to your deck) leave your side. These decisions can play out in various ways, and I was pleasantly surprised when some decisions I was adamant about came back to bite me.

Thronebreaker is a great alternative for fans of Gwent who’d rather not dive into the multiplayer arena. Although some unique twists can’t hold off some late-game tedium, it’s a diverse campaign that emphasizes the strong characters and tough decisions that define the Witcher series, and emphasizes clever twists over turning newcomers into solid Gwent players. Whether you just want to play more Gwent or are simply a fan of The Witcher, playing Thronebreaker is an easy choice. 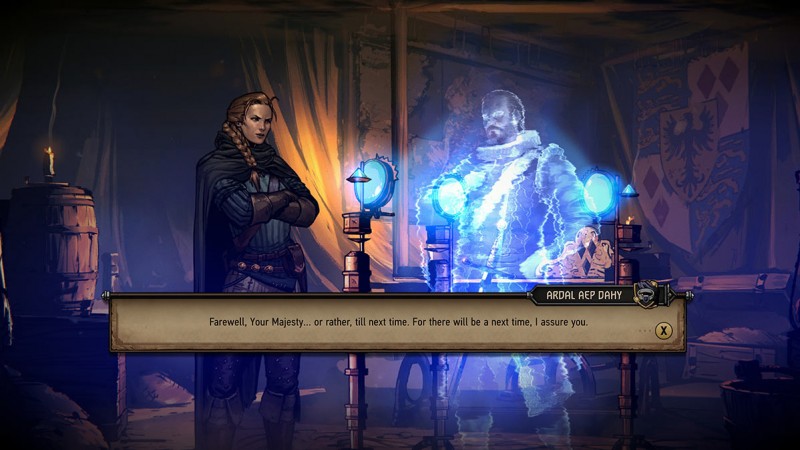 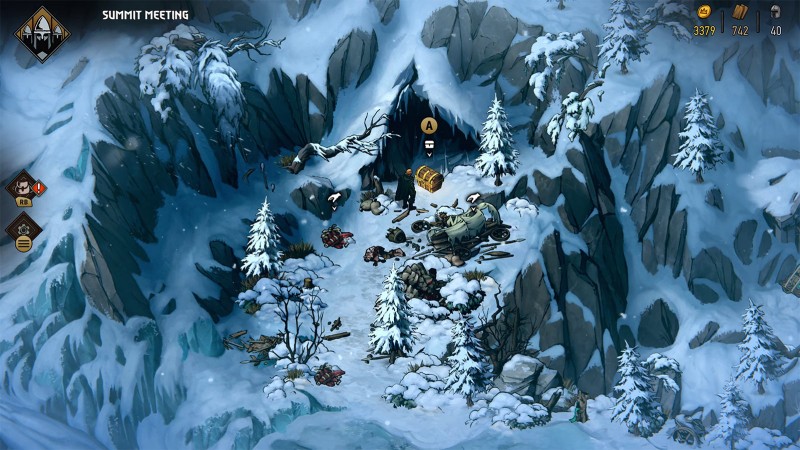 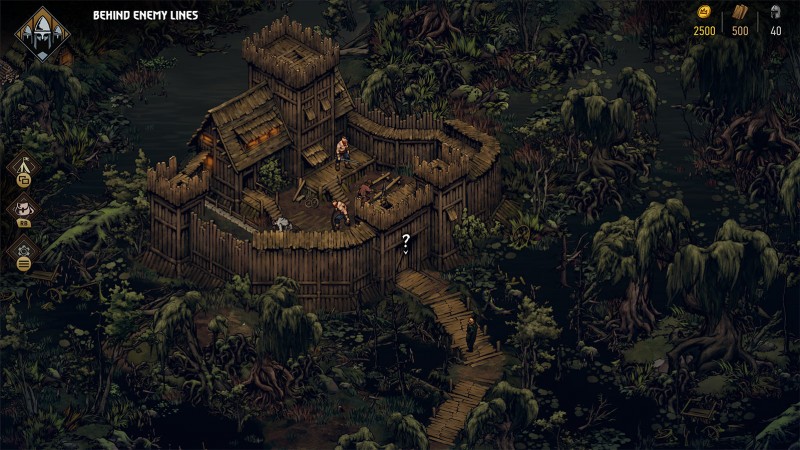 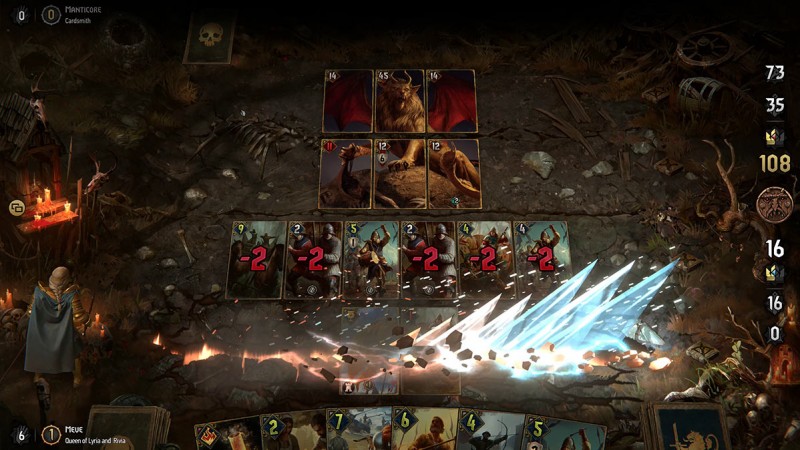 Off
8.5
About Game Informer's review system
Concept
Build a meaty RPG-lite campaign out of Gwent’s core concept, modifying cards to suit the story and infusing it with the Witcher’s trademark character and choice-driven narrative
Graphics
The interface and card interactions are smooth, and Thronebreaker’s comic-book style exploration, conversations, and cutscenes bring its captivating story to life
Sound
These voice performances are far better than you’d expect out of a campaign for a card game, with Lucy Black and Liam Garrigan delivering strong performances as Meve and Gascon
Playability
Thronebreaker’s isometric exploration makes navigating the world simple, if a bit slow before movement upgrades. Deck-building is also straightforward
Entertainment
Thronebreaker effortlessly infuses Gwent with the geopolitical underpinnings, fantasy tales, and difficult choices of The Witcher series
Replay
Moderate 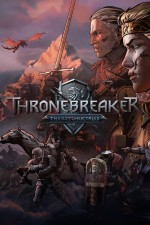