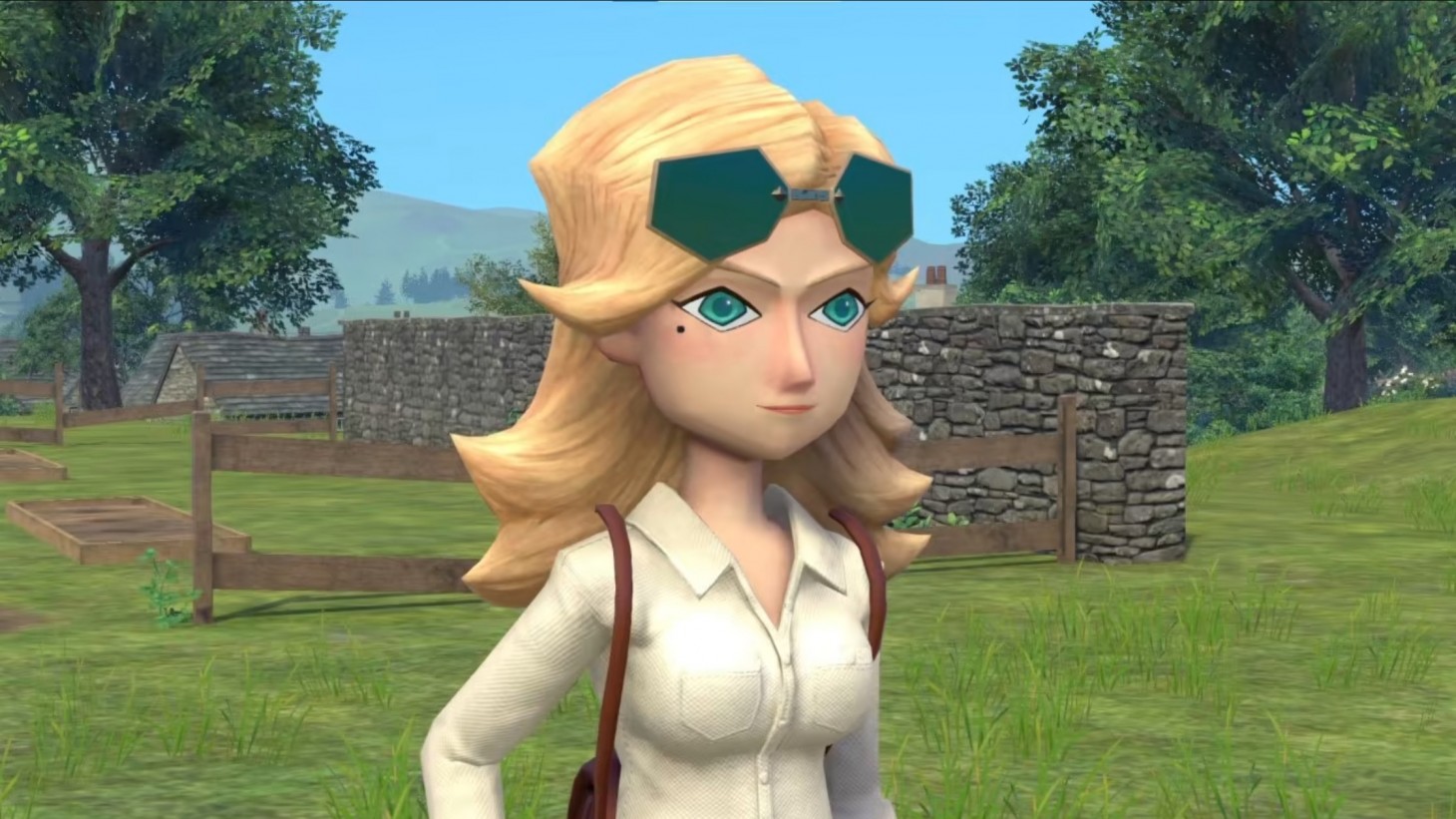 The Good Life has been in development for a long time – it failed its initial funding campaign in 2017. But after several development pauses, funding attempts, and visual alterations, its bumpy development led to a bumpy gameplay experience. Despite that, The Good Life contains flashes of fun in the more absurd moments, and its slice-of-life aspects are unexpectedly engaging. However, these don’t offset the overall outdated design.

Journalist Naomi Hayward’s goal is clear: pay off an astronomically large debt to Morning Bell News by uncovering the secrets lying beneath the surface of England’s one-time happiest town. At the end of every major quest, a chunk of Naomi’s debt is forgiven, which motivated me to delve into the town’s absurdly diverse mysteries. In one quest, I crashed a centuries-old party; in another, I dug into classified documents in a secret military base. These surreal tasks stitch together a plot so over-the-top and playful that I found it hard not to crack a smile even as I shook my head in disbelief.

However, the writing sometimes crosses the line from delightfully strange to juvenile. For instance, city-slicker Naomi takes almost every opportunity to call the town of Rainy Woods a “goddamn hellhole.” The unrelenting use of this phrase makes the character feel like an angsty teenager trying to sound more adult by cursing. There is also some glaring narrative hand-waving. Digging into the game’s setup, even a little, causes it to topple. Why does a New York journalist owe a debt to an English news outlet, and how has she entered into what’s essentially indentured servitude? Questions like these aren’t addressed in any meaningful way, which left me to disappointedly accept the incoherent backstory.

Even narrative elements that initially seem important get this muddled treatment. Early on, I learn the residents of Rainy Woods have mysterious shape-shifting abilities tied to the moon’s cycle. Confusingly, when I gain my own transformation powers, it inexplicably works differently than the celestially influenced townsfolk. My abnormal skin-changing becomes just another weird plot point I’m not supposed to think about too much. But the talent comes in handy when I need to track down scents or scale buildings to uncover those debt-clearing secrets.

The gameplay is likewise puzzling as it haphazardly mashes together genres and mechanics. The Good Life is a murder mystery. It’s also a life simulator with collectible resources for making meals, fabricating clothes, concocting potions, and upgrading your dwelling. At times, it’s an action game with button-mashy combat, a survival game that asks you to consume food or starve, and a photography game with camera-based challenges to earn money. I enjoyed some of these elements, but they don’t build on or support each other very well. For instance, I was initially excited to learn different recipes, which Naomi collects by purchasing the same meal at a restaurant several times. However, money can be tight, so I felt like I needed to stop in order to spend cash on more crucial things, like fixing my camera when it inevitably breaks.

This problem also sometimes interferes with the story. In one instance, I was steps away from the final confrontation in a quest but realized I was dangerously low on sleep and had no consumables to keep me awake. This put me in the position of either risking exhaustion or cutting my urgent task short to get back to bed. Collapsing from fatigue would stop the sequence anyway and leave me with a small medical bill, so I offered money to a nearby shrine to transport me back.

Returning home to rest, and even to save, feels jarringly dated, and it’s not the only questionable design choice. The visuals are unimpressive, with stone walls that are entirely smooth up close and characters that don’t have any life behind their eyes. Abrupt changes in the music took me by surprise multiple times. Sometimes walking out of a shop to the town’s main square causes the background music to lurch noticeably. The narrative also played to outdated stereotypes; for example, Naomi is characterized as a ditzy blonde by characters at times that don’t seem warranted. There are exasperating walls lining the countryside that make it all but impossible to take shortcuts across fields. Fast travel costs hard-earned money and can only be initiated from specific areas.

In spite of its lack of polish, I enjoyed The Good Life. It has some rough edges, but these can contribute to its charm, and it’s undeniably entertaining when the story is purposely silly or when I had time to just breathe in the world. The Good Life has heart, even if its features don’t always work together and its design holds it back.

On
On
Off
Off
7
About Game Informer's review system
Concept
New York native and professional journalist Naomi Hayward is sent to Rainy Woods, an outwardly normal-looking English town, to uncover its secrets on behalf of a news corporation to which she is she’s deeply indebted
Graphics
It’s hard to warm up to The Good Life’s flat textures, low-quality vegetation, and lackluster character models
Sound
Some scenes are fully voiced, while others rely on the main character repeating phrases like “seriously?!” or “yeah, baby!” ad nauseam. The background music transitions can be shaky
Playability
The Good Life contains a few fantastic moments of intentional, humorous absurdity, but the archaic design and overabundance of features get in the way of a good time
Entertainment
This surreal, multifaceted experience has its charms; but technical and storytelling snags that hold it back
Replay
Moderate