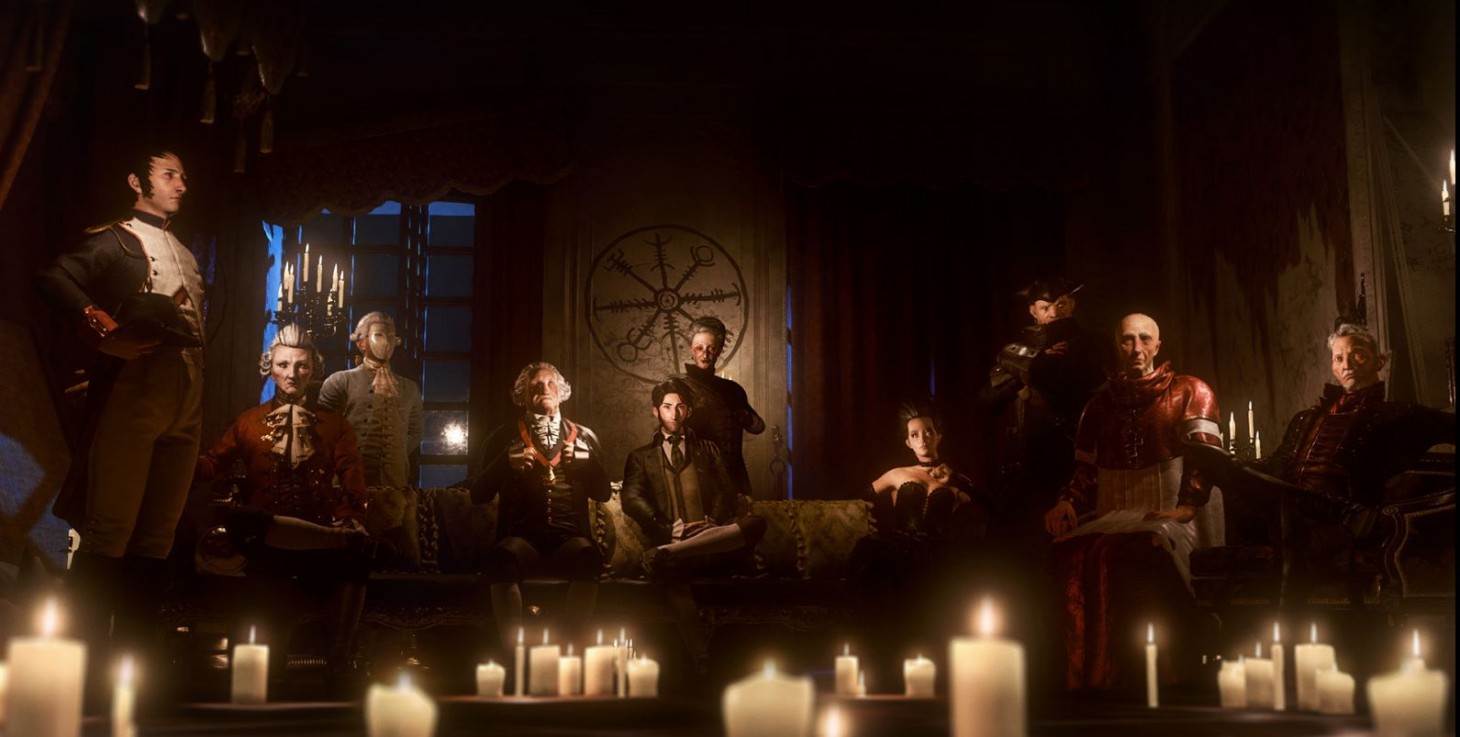 History is full of power struggles, great betrayals, and behind-the-scenes scheming. The ugly side of politics often rears its head as leaders engage in the cutthroat pursuit of protecting their citizens … and themselves. The Council explores this concept, allowing you to align yourself with renowned historical figures to decide what’s best for the world. With a cool geopolitical backdrop, you’d think The Council would be engaging. While the scheming is full of good ideas, it never lives up to its potential. The adventure is disappointing and unsatisfying, with ridiculous plotlines, technical shortcomings, and annoying puzzles.

The Council begins as a mystery of sorts. You arrive at a strange manor where your mother has gone missing. The reason for your visit? Your mother is part of a secret society that determines how to govern the world. It’s up to you to investigate this unique group, which includes famous individuals such as George Washington and Napoleon Bonaparte. The plot starts off promising, referencing historical events and exploring how religion has influenced government, but as fictional elements grow more prominent, it goes even further off the rails. When a huge plot twist was revealed halfway through the five episode arc, I lost all enthusiasm for the story – and further developments made me even more disappointed. To be blunt, the plot insults your intelligence with clichéd good-versus-evil comparisons. The tale unfolds through voice acting so bad it’s distracting, and watching the wooden character models interact is just as jarring. This hurts the immersion just as much as the horrendous twists; for a narrative-driven experience like The Council, these are all big problems.

At the very least, The Council has some interesting wrinkles in how it explores choice and progression. Every political mastermind has skills that make them successful, and this is put directly into the gameplay with light RPG elements. You pick from three classes – diplomat, occult, or detective – but you’re not cut off from gaining skills in different trees. As you play, you can apply points to increase your prowess in particular skills, like conviction, diversion, and psychology. Permanent bonuses called talents are unlocked depending on how you react and what you find in the manor. These can be anything from gaining additional experience to obtaining extra items. As someone who plays a lot of RPGs and loves building characters, I enjoyed this aspect. You’re always balancing what’s more important for you to focus on. Do you want to level up the manipulation skill to get people to act in your interest, or invest in the ability to pick locks to obtain beneficial items and information?

This all plays into your conversations. Depending on your aptitudes and the information you uncover, certain dialogue options open up. As in politics, relationships are important and fragile. A wrong move can cost you, but you can also make enemies into allies just as quickly with the right argument. The basic gameplay revolves around effort points, where some dialogue options have a cost, and that cost is lowered depending on your skills. You only get so many each quest to expend, so choosing wisely is essential. You want to invest optimally, whether it’s in an alliance or learning a secret that changes your perspective on a situation. The game has its share of alternative paths because of this, but that doesn’t matter when they all lead you down bad plotlines.

In addition to exploring the manor, building relationships, and making decisions, you encounter puzzles, which are more complex and logic-centric than we’ve seen in recent narrative games like Life is Strange and Telltale’s The Walking Dead.  While I enjoy solving riddles and brain teasers, The Council’s puzzles are tedious. For instance, one had me matching religious figures in paintings to their associated bible verse. If that required me to sort through a book or two, it wouldn’t be so boring but this is a drawn-out process that you do multiple times by trying to decipher clues for the verses that span across many different gospels and passages. I much preferred when deducing solutions based on the information you have, such as learning how to write messages in a secret code and matching historical dates and events to access a secret room. As you solve various puzzles, expect to backtrack to talk to people and gather requested items, which is exacerbated by long load times when you enter a new room.

The Council’s bad graphics, voice acting, and load times didn’t bother me as much as its problematic narrative. What’s the point of having choice and consequence when you don’t care about the story you’re inhabiting? The Council seems promising with its good ideas, but then when you get further into it, it betrays you like a dishonest politician. 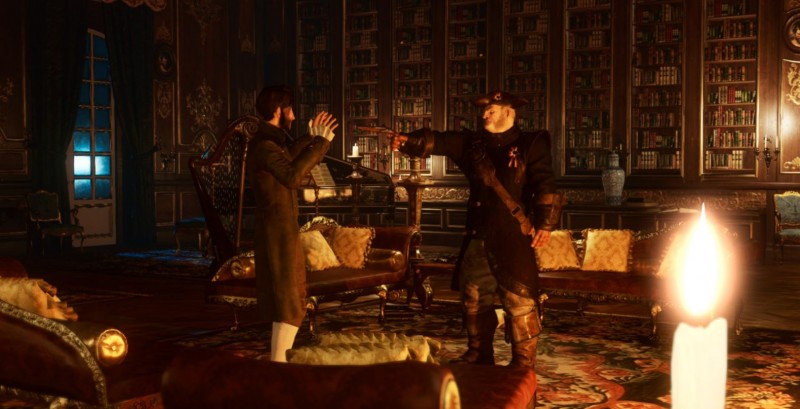 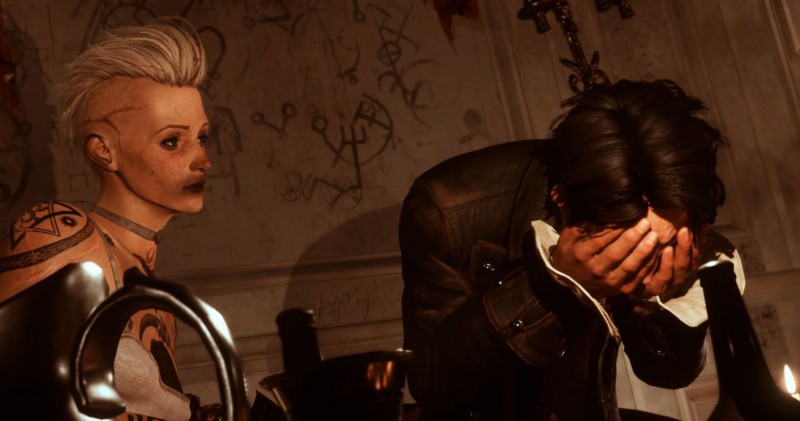 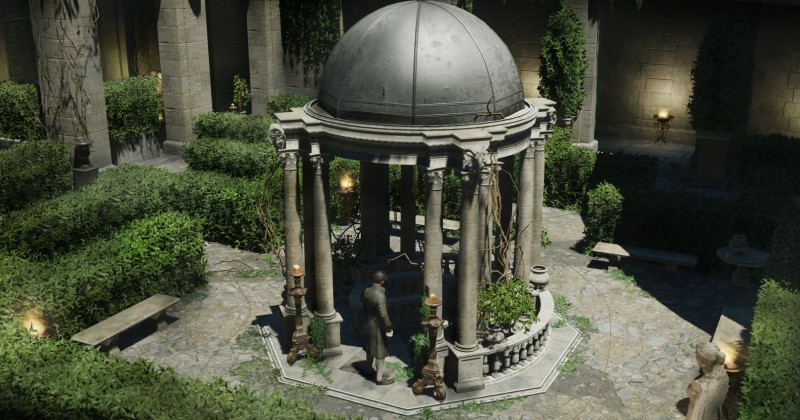 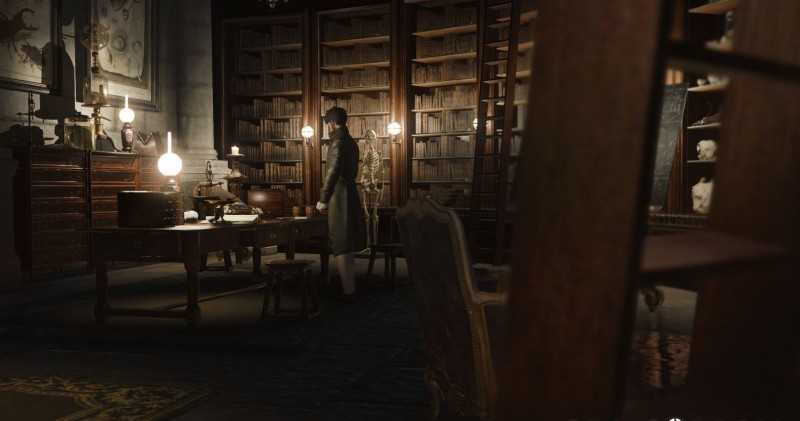 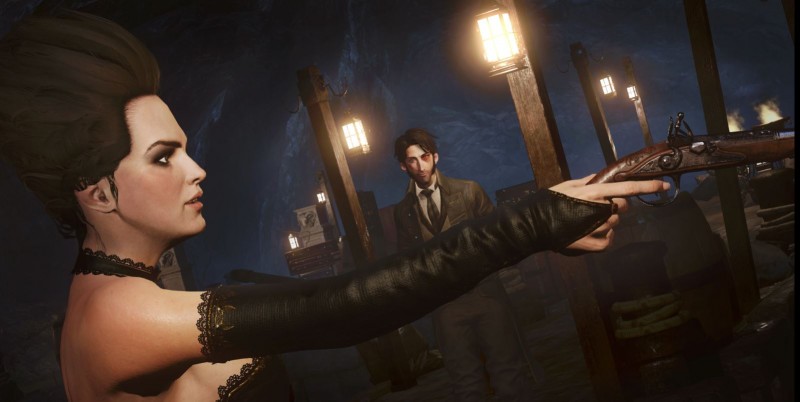 Off
6.5
About Game Informer's review system
Concept
As a member of secret society, you arrive at a mysterious manor where you brush shoulders with historical figures, uncover secrets, and decide the future of the world
Graphics
Outside of the unremarkable visuals, the unnatural body animations and poorly synchronized dialogue breaks immersion
Sound
The voice acting is awkward and horrendously stilted, to the point that the game would be better without it
Playability
Moving around the manor and picking dialogue options is easy, but trying to select items in close proximity to each other is frustrating and text sometimes blends in with the backdrop
Entertainment
The Council has an alluring premise with interesting choices and consequences. However, it falls apart with absurd plot twists, tedious backtracking, and unexciting puzzles
Replay
Moderate 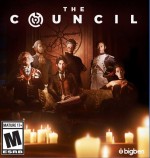