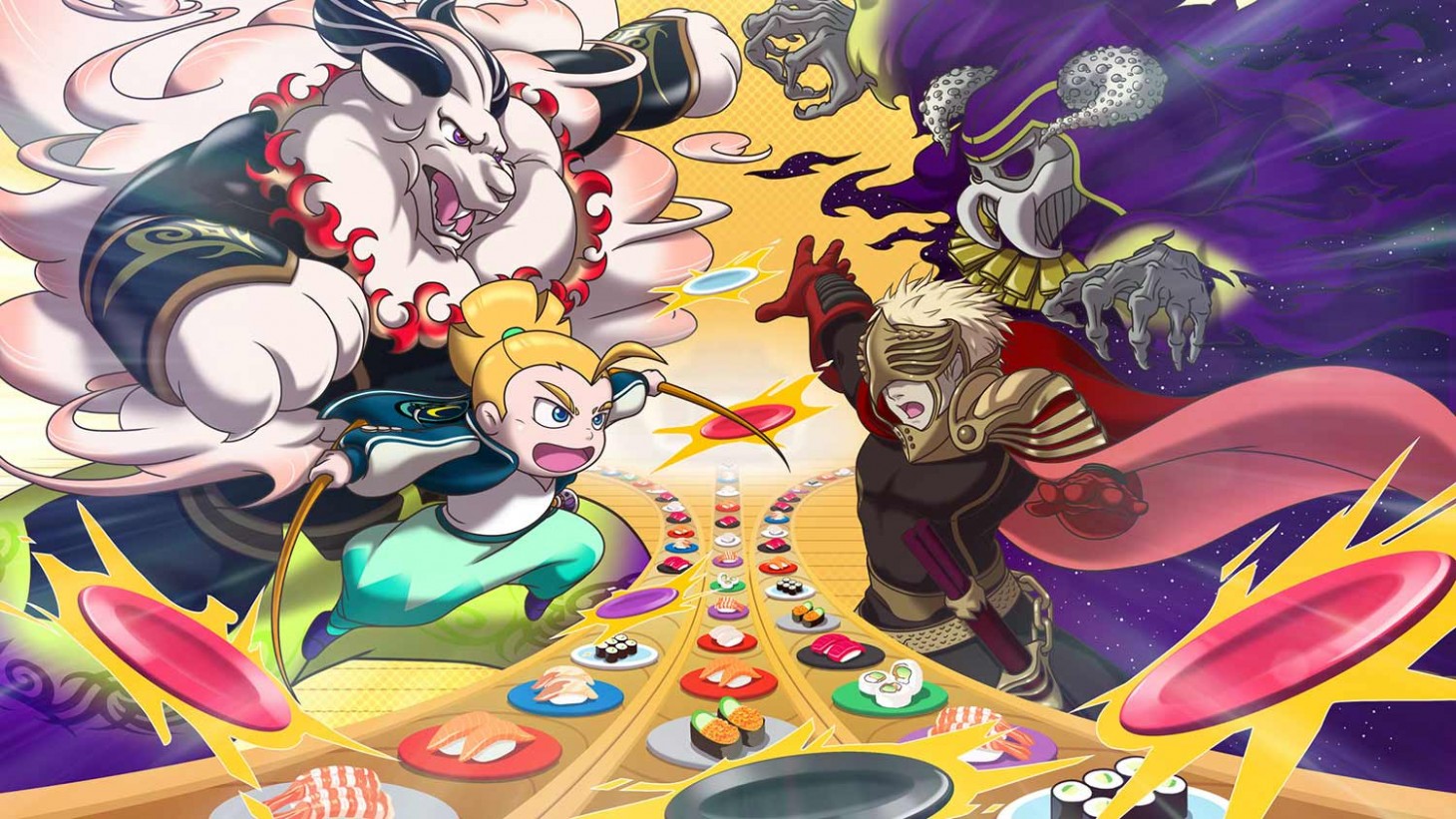 In Sushi Strikers, you aren’t sliding colored gems into groups of three or more on a grid, but the part of your brain that sparks when three of the same thing disappears after you make them neighbors lights up here. To make the whole experience more interesting, it’s all set in a humorous world of sushi-obsessed warriors who fight to the death to defend their right to eat uncooked fish.

While sushi striking, you look over a series of sushi-filled conveyor belts and highlight trails of sushi that are on like-colored plates. If you highlight a row of five blue plates that are on the conveyor belt in a row, you quickly eat the sushi, and then stack the plates to use as weapons. The more sushi you eat, the higher your stack of plates, and the harder it hurts when you throw it at your opponent. Whoever runs out of health first loses. The gameplay screen is dense with a lot of color and sushi, but the mechanics are simple and do click after you overcome the first few tutorial hurdles.

The conveyor belts move quickly, and you only have a few seconds to find your plate collections. Keeping track of four moving conveyor belts of moving sushi is tricky, and getting overwhelmed happens. Once you found your rhythm, ticking up big combos of plates and throwing the giant stacks at opponents is always satisfying. I used the touch screen initially, which was a good way to learn, but ultimately using the analog stick was my favorite way to select my sushi. It lets you see the full sushi layout without a giant stupid hand blocking the playfield. Despite practice, I was never fully satisfied with the on-screen cursor’s accuracy. Even later, I still occasionally selected the wrong sushi by mistake, and was disappointed to find no options to adjust the sensitivity.

As you progress, taking out enemies in a series of one-on-one sushi striking battles and leveling up your strength, health, and other stats, you collect creatures called Sprites. Sprites join you in battle and give you special abilities that can be charged up and used during a match. The starter Sprite, Jinrai makes all the on-screen plates the same color so you can execute one huge combo. A monkey-like creature, Sun-O, allows you to temporarily match plates even if different-colored plates are in the way. I liked finding these creatures and playing around with their distinct abilities as they let me to focus my strategies on my strengths, or just sushi strike in a different way.

The story starts out on an absurd note detailing a war that broke out over sushi and how when the antagonist won the war, it made it illegal for anyone to eat sushi. Your task is to end this tyranny and bring sushi to everyone in the world. The whole concept is very silly, and every character fully embraces the ridiculousness of a world obsessed with sushi in a way I enjoyed. I also appreciate the production values with fully animated cutscenes on par with anime you see on TV. Separate cutscenes were even made depending on if you choose to play with the male or female protagonist.

Multiplayer (both local and online) takes a surprising amount of time to unlock, as it requires playing the single-player. The campaign is my favorite part, but locking multiplayer behind it means anyone who wants to dive right into multiplayer with a friend out of the box will be disappointed. Playing local multiplayer, I worried walking a newcomer through the mechanics would be time-consuming based on my own experience in the single-player (which tutorializes each mechanic slowly. I was happy to learn that it only takes about one game to get someone up to speed when you don’t have to move at the game’s slow teaching pace.

Sushi Striker has an intimidating learning curve (if you don’t have someone on hand to walk you through it), but when you find your stride, maintaining it is satisfying. Accuracy using the controller is an issue, but it is an occasional annoyance as opposed to consistent frustration. Watching your level and your Sprites grow as you match sushi plates is exciting, and the charming world is like the little bit of gari at the edge of your sushi plate. 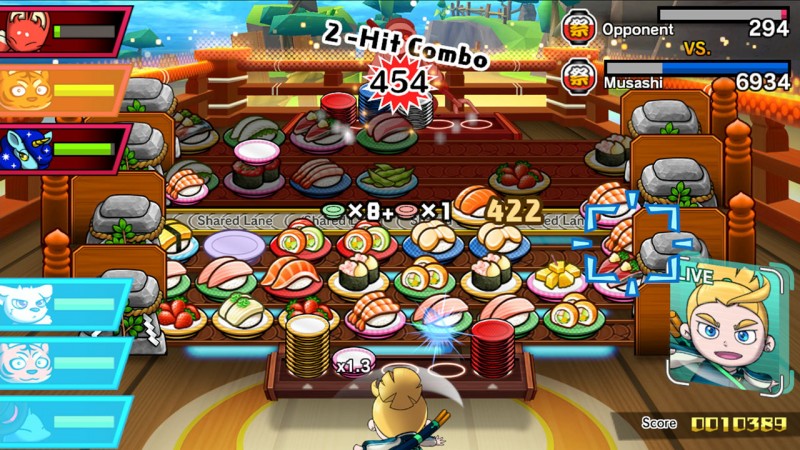 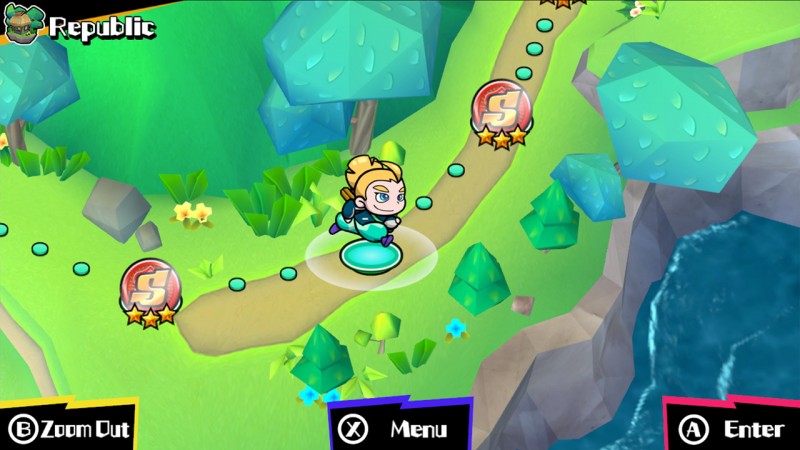 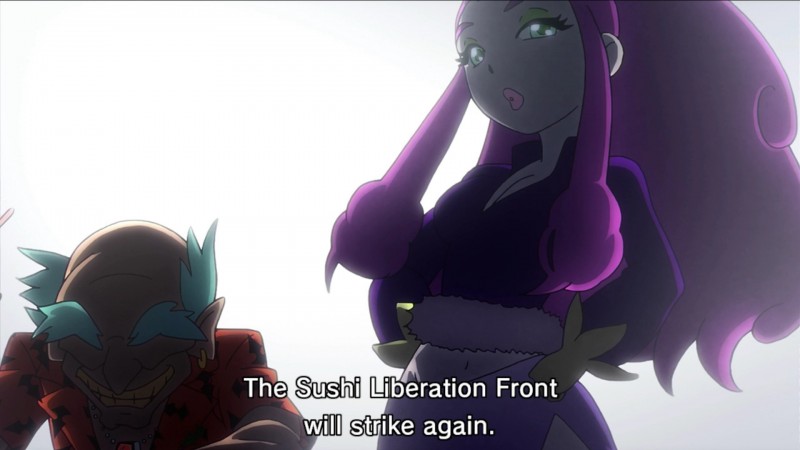 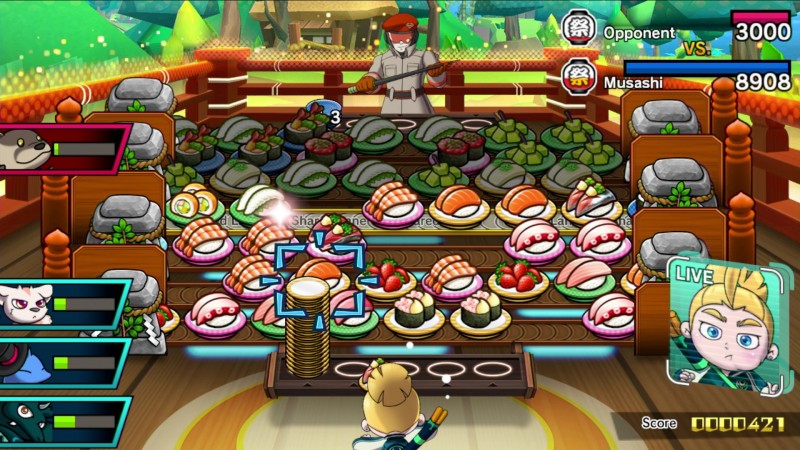 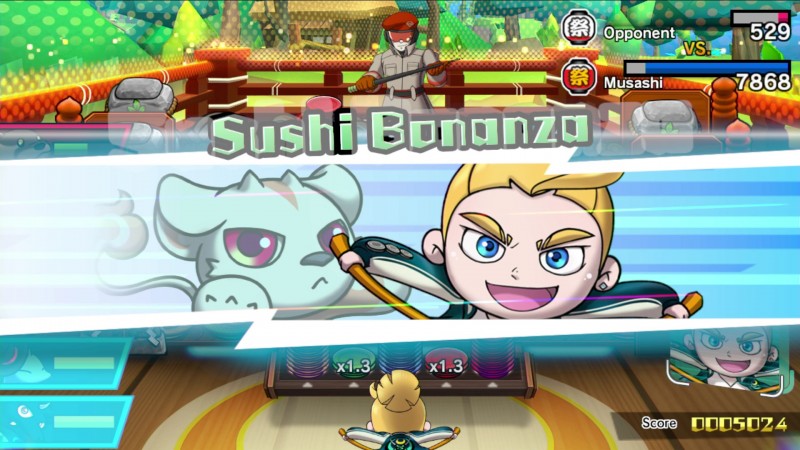 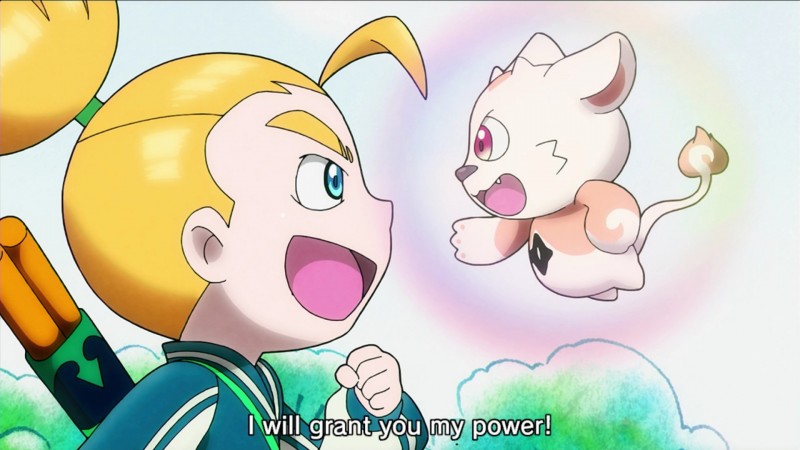 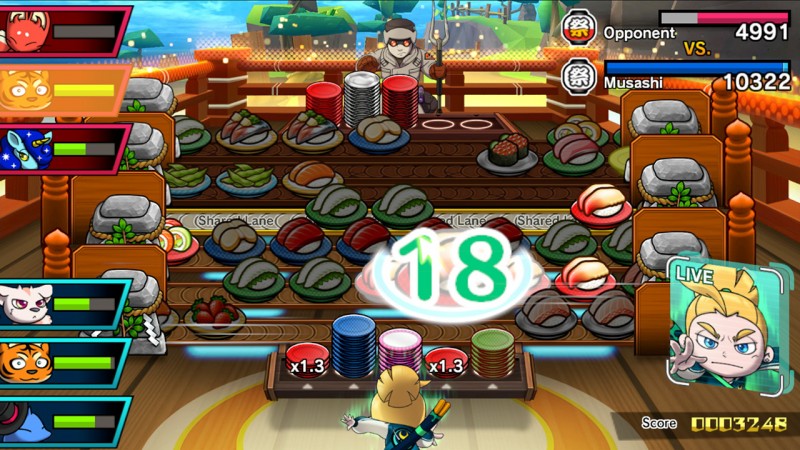 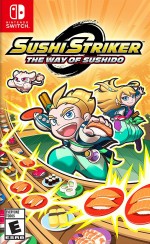 You aren’t sliding colored gems into groups of three, but the part of your brain that sparks when three of the same thing disappears after you make them neighbors lights up here.

Purchase More Info
7.75
i
Game Informer's Review System
Concept Eat sushi and throw plates in a competitive puzzle/RPG set in world where wars are fought over whether people should be allowed to eat sushi
Graphics Sushi Strikers is anime all the way, complete with fully animated cutscenes and giant exaggerated teardrops appearing on characters’ faces when they get nervous, and it fits well
Sound The voice performances embrace the absurdity of a world obsessed with sushi in an entertaining way. The soundtrack is solid, even if it doesn’t stand out
Playability Touch-screen controls are a functional option, but I stuck with buttons and analog sticks, though I was never totally satisfied with the accuracy of the cursor
Entertainment Sushi Strikers finds an original puzzle mechanic in a genre overpopulated by match-threes, but sometimes it’s too dense for its own good
Replay High