Mastering a martial art takes years – if not a lifetime. Disciples must hone their bodies to the point that they perform every attack, every counter, every movement with pinpoint precision. A skilled warrior must move without thinking. Likewise, mastering Sifu's combat system takes a high degree of dedication and practice. Like a true martial artist, you must push through the practice pains before you reap any rewards.

In 2017, Sloclap released the martial arts-themed action/RPG Absolver, which let players design their own combat system as they battled other online players in a unique fantasy world. Absolver suffered from its barren environments and uninspired quest design, but its core combat was solid. Sloclap's follow-up game sharpens that combat system around a more focused single-player adventure. The premise is promising, though the execution is flawed.

At its heart, Sifu is a simple revenge story. Eight years ago, a band of mysterious thugs brutally murdered your master, and you've dedicated your life to hunting them down and enacting justice. Unfortunately, the ringleaders of this attack hide behind dozens of bodyguards, and the odds aren't in your favor. But where your opponents have the numbers, you have the gift of resurrection. A magical talisman at your hip revives you when you fall in battle. The catch is that each time you die, you age. Every death adds one digit to a death counter that dictates how many years you age during rebirth. For example, after your first death, you only age one year, but after a few knockdowns, you can lose five or six years in a matter of seconds. This aging system is a neat way to track your progress across the game, and I liked watching my character's posture change as the grey hair and wrinkles set in.

Sloclap designed its combat system around the movements of Pak Mei kung fu, a centuries-old martial art full of fluid and often explosive attacks. These stylized characters and fluid animations allow for stunning combat encounters that feel ripped from the very best Kung-Fu films. In one moment, I smashed an enemy into a table, sending broken glass and table legs in all directions. The next second, I kicked a basket across the room, sending one attacker tumbling to the floor before smashing a bottle across the face of another nearby foe. When everything fires on all cylinders, Sifu's battles are well-choreographed ballets of broken bones. And standing atop a pile of beaten enemies is an incredible rush I chased throughout the entire experience.

Unfortunately, flawlessly navigating Sifu's battles takes incredible precision with strict timing requirements that detract from the flow of play. Expert use of blocks, dodges, and counters are required to survive on these mean streets, and one simple slip-up exposes you to an opponent's attack. These foes also hit hard, taking off a generous portion of your health bar, which feels punishing. You earn a sliver of health back by performing advanced takedowns, but that recovery is meager compared to what you lose during a single enemy combo. Fighting enemies in packs ramps up the challenge, and you must maintain situational awareness and balance every threat while dishing out the pain. I love this added tactical element to combat, but I don't appreciate having to simultaneously fight the camera; enemies occasionally pop in from offscreen to disrupt your combos, and those attacks feel like cheap shots.

Completing any level of Sifu is a sizeable but rewarding challenge. Unfortunately, the game's structure exacerbates that challenge. Once you reach the ripe old age of 70, your talisman completely breaks, and it's game over. When this happens, you must completely restart the level. A few unlockable shortcuts make each run at a boss a little more manageable, but I still grew tired of running through the same areas repeatedly until I'd perfected my approach. To make matters worse, you start each level at whatever age you completed the previous level. This makes logical sense, but from a gameplay perspective, it compelled me to continually revisit earlier levels to finish them at a younger age, so I had more years to play with later.

As you earn your lumps, you also gain experience, which you can use to purchase new abilities. Some of these skills seem essential, such as the ability to kick environmental objects at foes. Shrines scattered across the environment offer additional perks like upgraded weapon damage or a boost to the amount of heath you regain after each takedown. Sadly, some abilities and perks are locked off as you age, which forced me to, once again, return to the early levels to grind out enough experience to unlock those skills before I aged out of them permanently. This entire process was a bit exhausting.

Like a 20-year-old combatant, Sifu comes out of the gate strong. Its core combat feels excellent, and the moment-to-moment action looks better than most Hollywood blockbusters. Sadly, as you progress, the action begins to show its teeth and eventually becomes a tiresome grind. Sifu deserves props for its incredible sense of style and tone, but it is also a great example of why growing old isn't always fun. 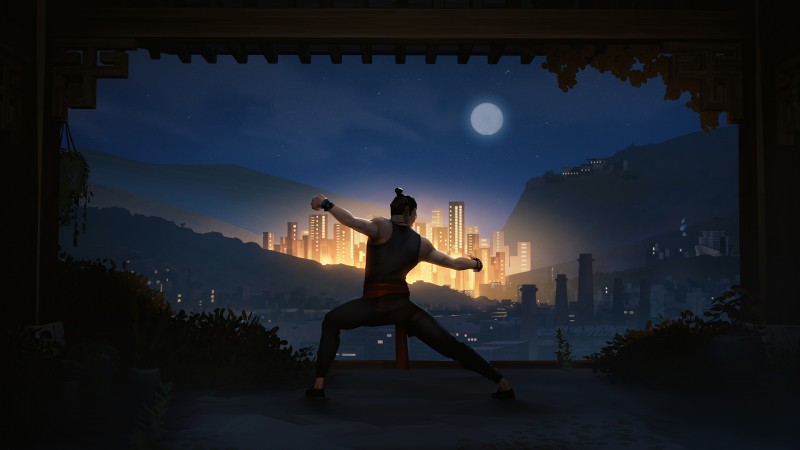 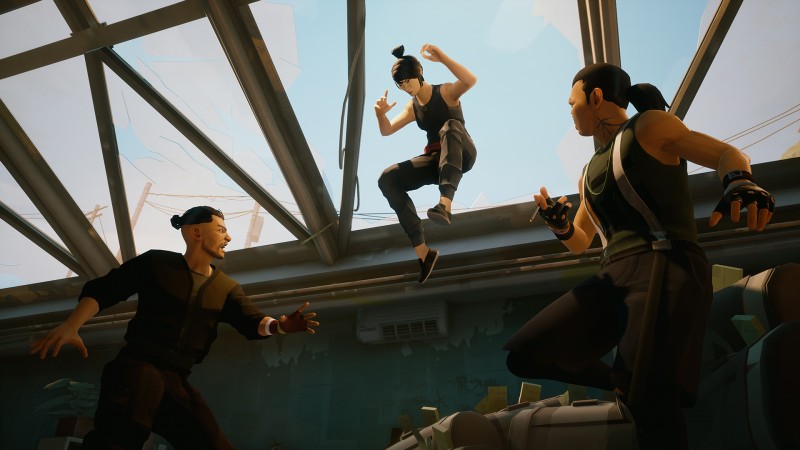 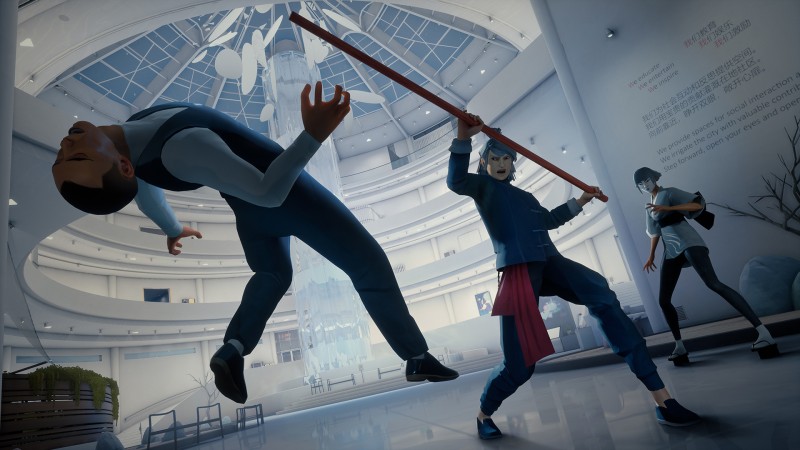 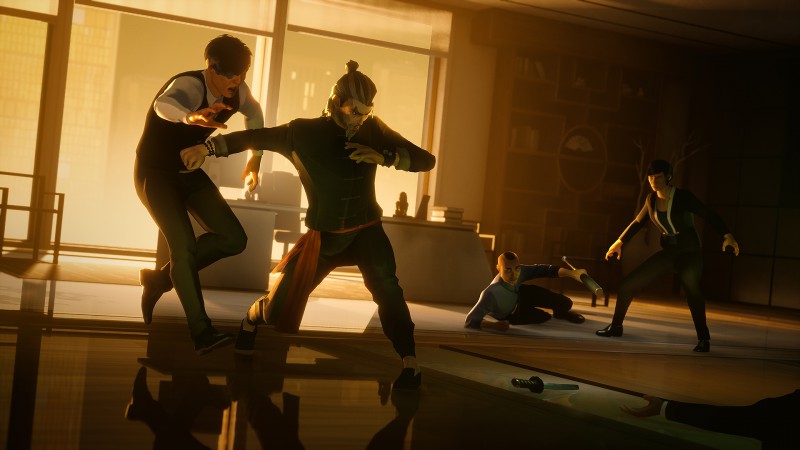 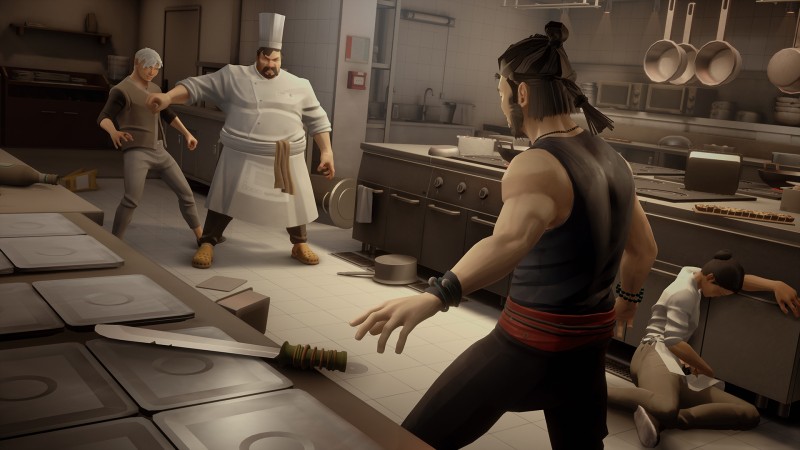 Off
7.25
About Game Informer's review system 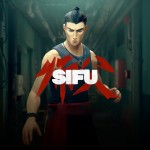