Scarlet Nexus transports players into a “brainpunk” anime world where psionic powers and bizarre otherworldly creatures threaten humanity. What does brainpunk mean? In this somewhat modern era, massive advances in mind technology have led to the use of incredible psychic abilities. Of course, not everything is as it seems, and a mystery unravels over the course of the journey. Scarlet Nexus excels at selling its stylish and unique world, crafting combat that’s a joy to play and watch, pitting players against weird, wonderful bosses. However, some elements – like character dialogue, relationship building, and level design – weigh down an otherwise excellent experience.

Scarlet Nexus seems tailor-made for anime lovers with sharp visuals, zany plotlines, and fantastic action sequences. Even if you don’t love anime, the combat and animations are eye-catching. Initially, you’re just whacking away monsters and gaining experience – tasks familiar to anyone who has ever played an RPG. Soon, you get the chance to manipulate the environment via psychokinesis. This can be as simple as throwing around barrels and boxes, but it is way more fun lifting busses, chandeliers, ice sculptures, and more. I had a blast ripping the world apart to shred enemies and pulling up the scenery then riding it around the environment. The kinetic elements create an incredibly smooth flow from fight to fight. Over the course of the game, combat becomes much more complex and interesting as you gain the ability to tap into your friends’ special abilities and weave them into your assaults. For example, does an opponent goes invulnerable whenever you get close? Go invisible or teleport to them! Having trouble dealing with speedy opponents? Stop time altogether. Later in the game, you can even use multiple abilities simultaneously to really make the screen explode with massive combo chains. I loved experimenting and combining skills to absolutely tear foes apart.

As I developed relationships with the character roster, I gained the opportunity to call them in directly to participate in massive combo attacks. Skirmishes often cap off with an epic anime animation as you slaughter the villainous creatures with stylish finishing attacks. As if this wasn’t enough, you gain new brain-related skills as you progress, such as an activatable brain field that must be charged up in battle that conveys tremendous psionic powers for a brief time. To add a bit of a risk-reward element, you must manually turn the brain field off before the timer runs out – or you’ll die. Combat is the best part of Scarlet Nexus, and it grew more enjoyable and interesting as I advanced in the story.

The world of Scarlet Nexus is awesome. The monsters you battle, known as Others, are aberrant amalgamations of organic material and random, familiar objects. These creepy creations are as fascinating as they are unusual. Frenetic boss battles where you engage in lightning-fast brain warfare with other psionic adepts play out like badass anime sequences, and made me feel like I was actually playing an anime.

The action is incredibly engaging. The story and characters, not so much. Unfortunately, the story introduces a ludicrous number of characters early on and they don’t grow much throughout the campaign. The plot is an absurd out-of-this world tale that only makes sense in a universe this strange, but the little vignettes you unlock by improving your relationship with each individual character feel sterile and stagnant.

Scarlett Nexus also becomes repetitive with reused areas and monsters to an extreme degree, especially in the later areas. There are enough bizarre things to hold your attention even as you begin to get bogged down with the formulaic level design that alternates between checkpoints and arenas. The level layouts in Scarlet Nexus feel overly functional to a ridiculous degree, with little distance from checkpoint to checkpoint – just a straight line of checkpoints and arenas without any dressing. Luckily, enough lush, animated trappings are around to take you out of that cold design as you cruise from stage to stage.

Whatever brainpunk’s take on over-the-top psychic reality is, I’m into it now. Bandai Namco has crafted something truly strange and quite satisfying with Scarlet Nexus, and I hope we get a slightly more refined sequel. 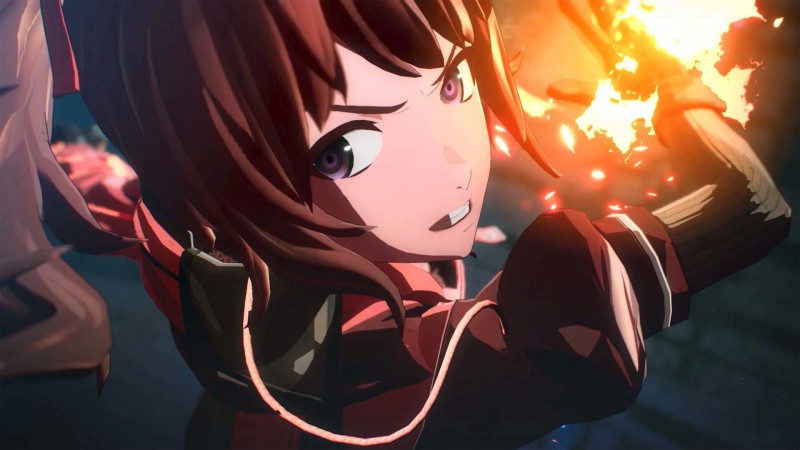 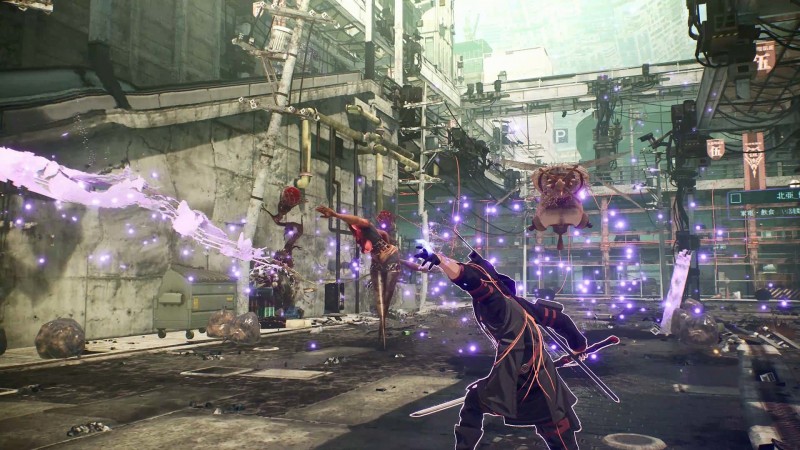 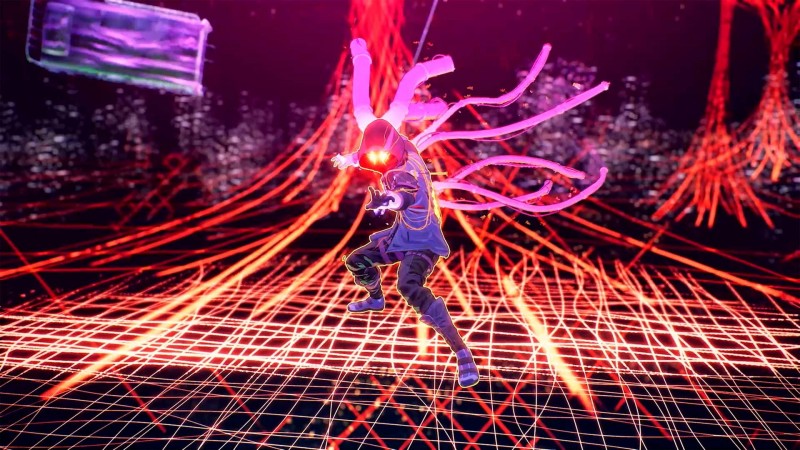 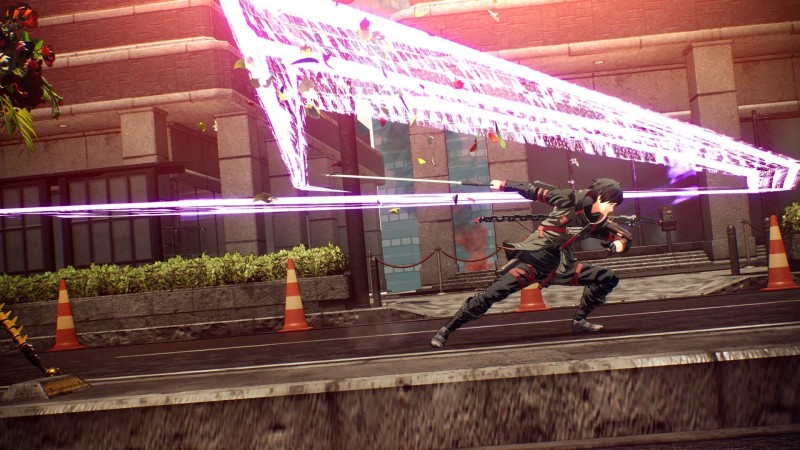 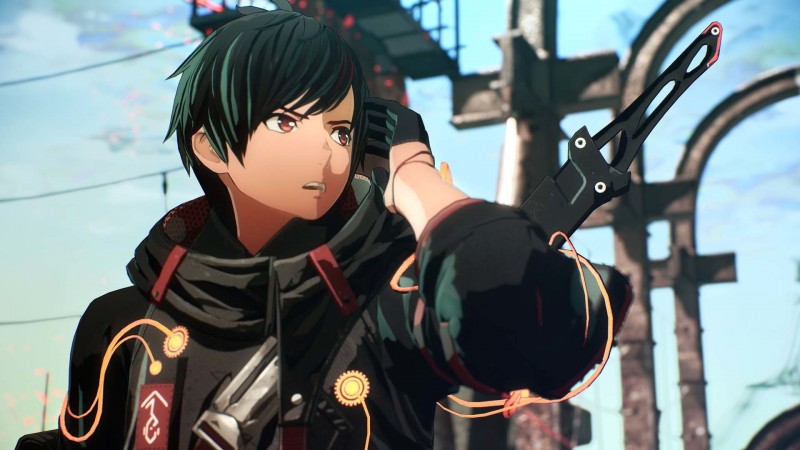 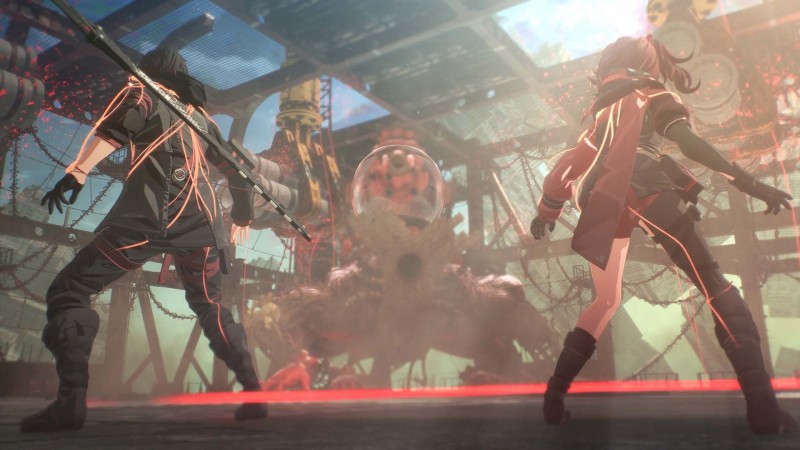 Off
8.75
About Game Informer's review system
Concept
Tap into incredible mind powers as you battle to save the world and unravel mysteries of the past
Graphics
Scarlet Nexus excels at selling an anime fantasy world with powerful, stylish displays and impactful animations
Sound
The soundtrack syncs up with the fluid action for scintillating synergy, but doesn’t always hit the mark
Playability
The action starts simple and amusing, but grows more complex and satisfying by the game’s end, with massive combo chains, call-ins, and special abilities
Entertainment
With incredibly satisfying combat, weird and wonderful creatures, and an awesome aesthetic, Scarlet Nexus is well worth your time
Replay
Moderate