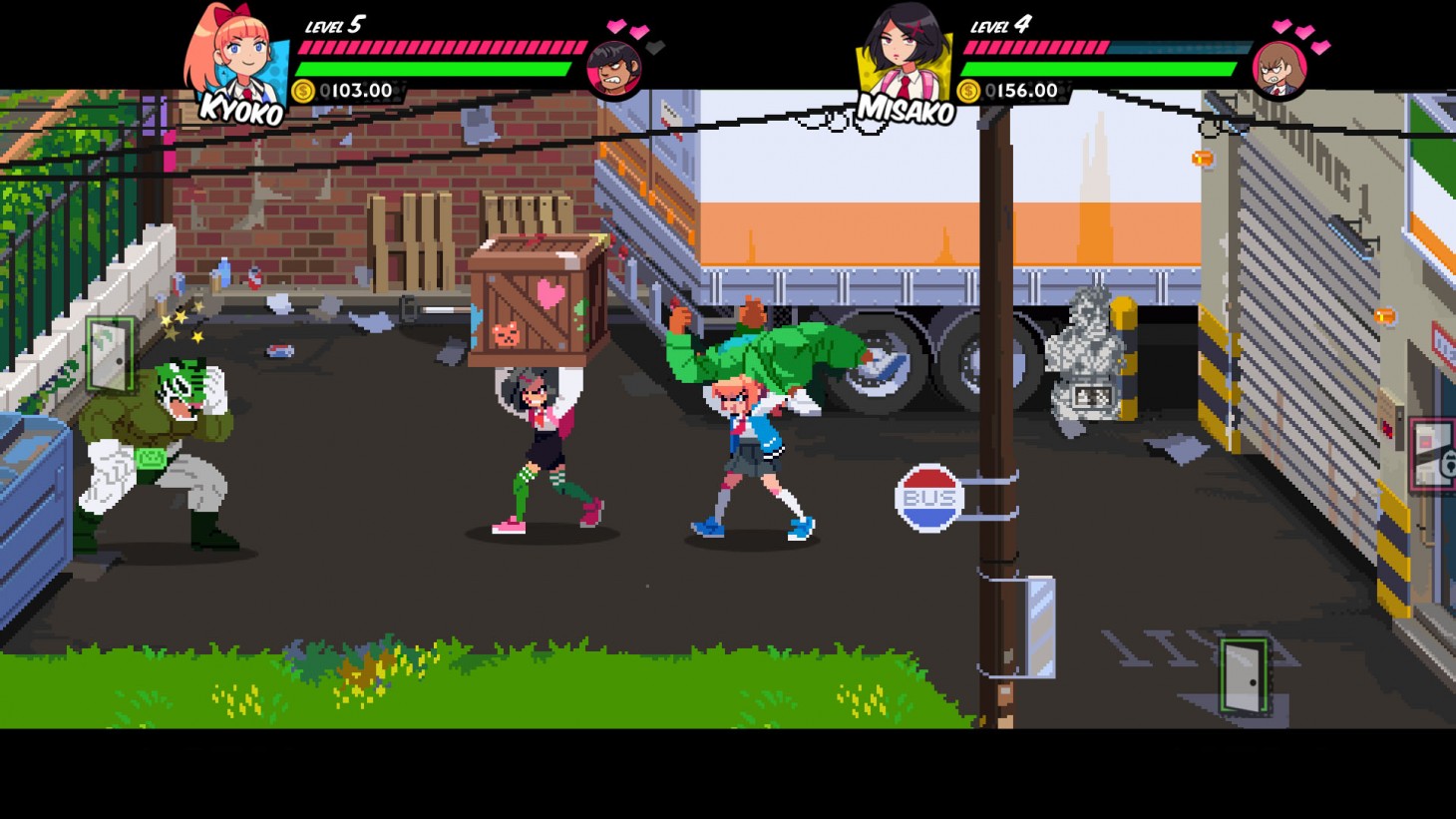 During the glory days of arcades, the brawler genre was king. Practically every virtual street was packed with goons and bosses waiting for beatdowns, and players were all too happy to oblige. The River City series was an innovator of this era, incorporating elements of RPG-style progression and open-world exploration. Though River City Girls still has those things, it lacks the same experimental spirit that gave rise to them in the first place. This installment sticks close to its precursors’ classic formula, but that unwavering faithfulness is both a success and a liability.

River City Girls delivers an old-school brawler experience. You walk through various districts in River City, punching and kicking through crowds of enemies. When you defeat them, you earn XP that gradually makes you more powerful, and money you exchange for new items and better moves. Ideally, you’re doing all of this with a (local-only) co-op buddy by your side; being able to revive each other is a boon when the action gets hectic, especially during the challenging boss fights.

The fundamental concept is still appealing after all these years, and River City Girls has the basics covered. What initially seems to be a simple “light attack or heavy attack” combat system evolves into a satisfying arsenal of moves that allows you to prioritize threats, manage the crowds, and even recruit foes to come in for assist attacks. I also enjoy the wide variety of objects scattered about; you can wield crates, baseballs, fish, and even downed enemies as weapons to smack anyone who gets in your way. Combined with responsive controls and absolutely gorgeous sprites and animation, the action has several bright spots of spectacle and mayhem. But those shining moments aren’t enough to make up for the game’s missteps.

Almost everything apart from the combat mechanics has an element of arbitrary punishment. For example, when you’re buying a new move, you can’t try it out or even see what category of attack it is. Are you buying a heavy attack, a grab, or a special? That lack of information makes it impossible to get excited about saving up for your next purchase, and considering the high cost of some of these maneuvers, spending money on a mystery attack that you barely use is a major letdown. The pace of progression also disappointed me; you regularly unlock new abilities (both automatically and for purchase) as you level in the opening hours, but then your exciting options plateau in the second half.

Several other baffling annoyances make River City Girls hard to enjoy, like the hefty monetary penalty for dying, and the need to level your characters separately. Let’s say you’ve reached level 10 as Misako and reach one of the tough bosses, which definitely feel tuned specifically for two players. You can’t just have a friend join as Kyoko and contribute equally; characters have separate funds and XP, so Kyoko will be starting from square one unless she's been leveled up previously. And because you lose so much money when you’re defeated, repeated failed attempts drain your bank account quickly. The best way to preserve your wealth is to buy a bunch of accessories (which provide minor bonuses) or items to zero out your account before challenging fights. However, you also can’t see what effects these objects have before you buy them.

I’ve loved brawlers for years, and spent what seemed like a fortune on them when I was young. River City Girls feels like one of those games designed to eat your quarters, complete with the joys and frustrations that entails. I love pounding bad guys with an array of cool attacks and inventive weapons, even if I feel robbed by cheap tricks. River City Girls’ chaotic battles are entertaining, but they’re surrounded by an array of decisions that add more inconvenience than challenge. 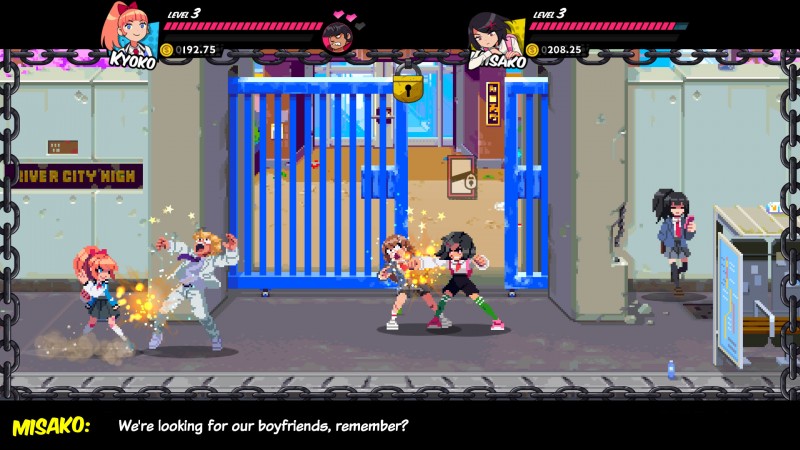 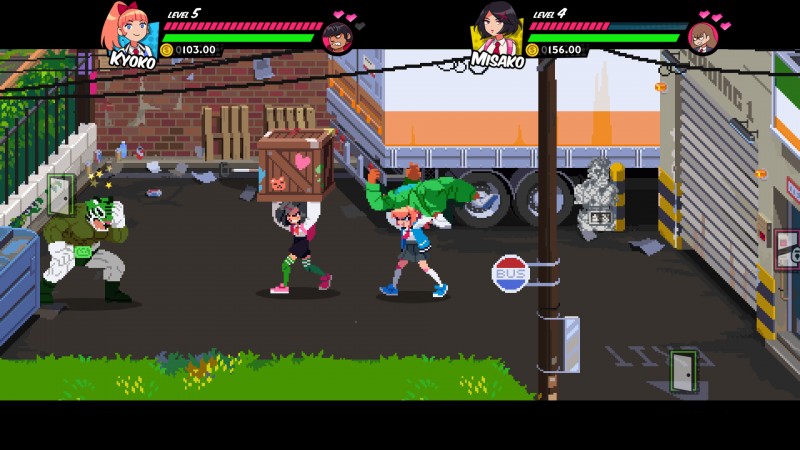 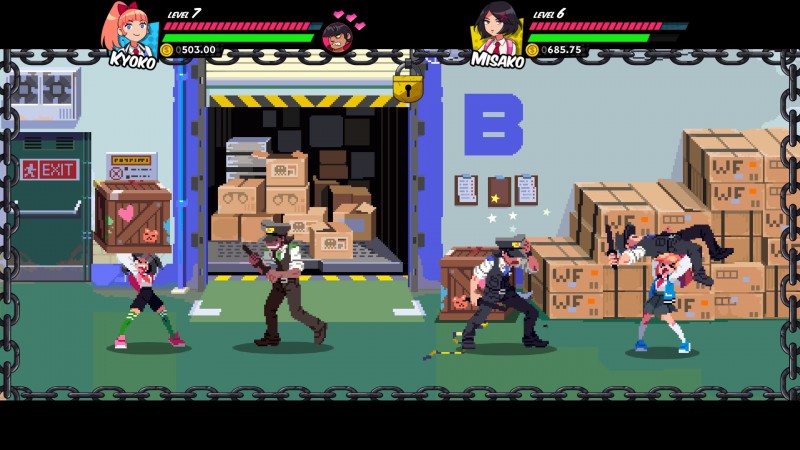 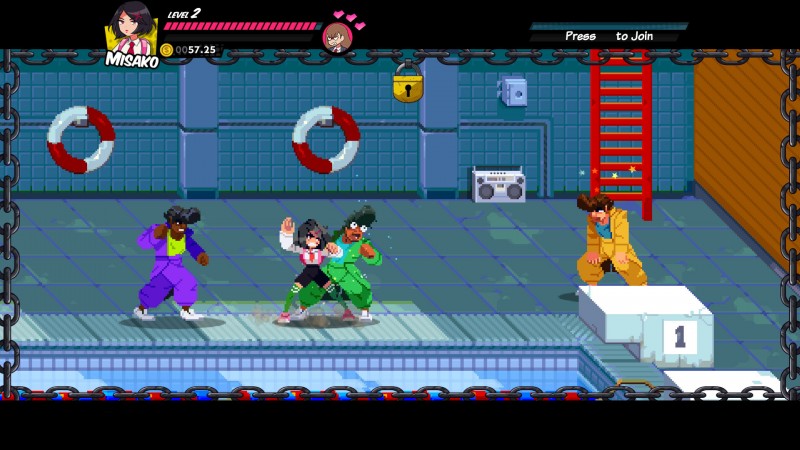 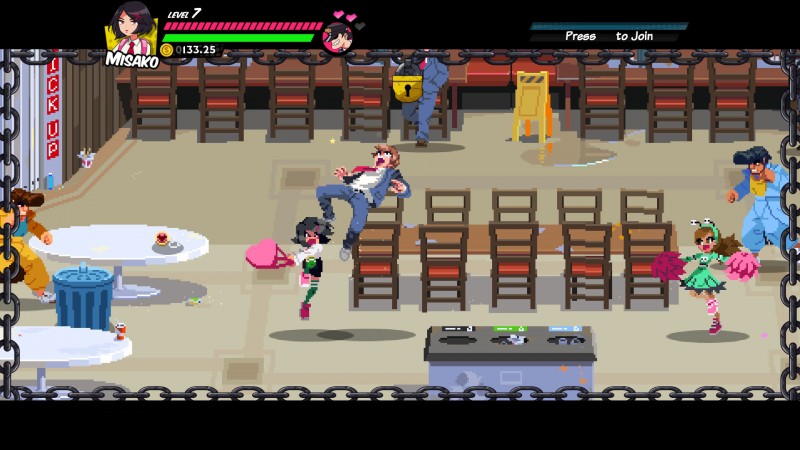 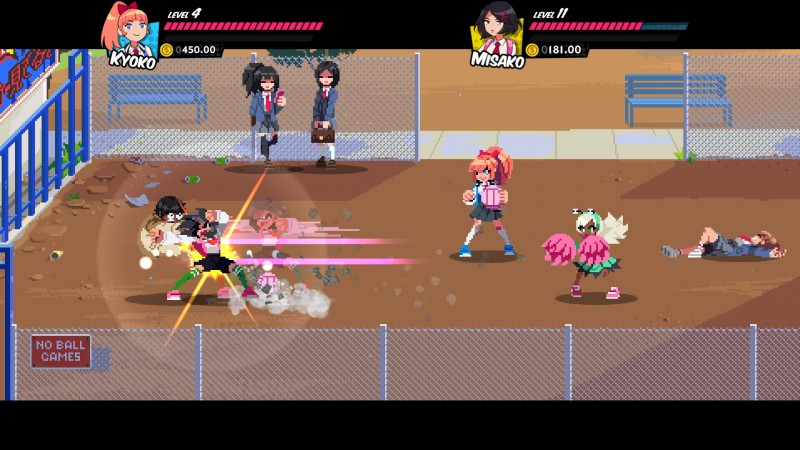 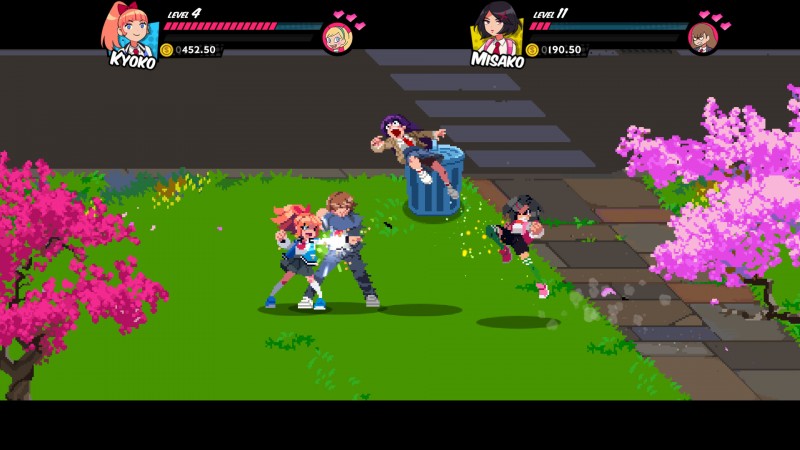 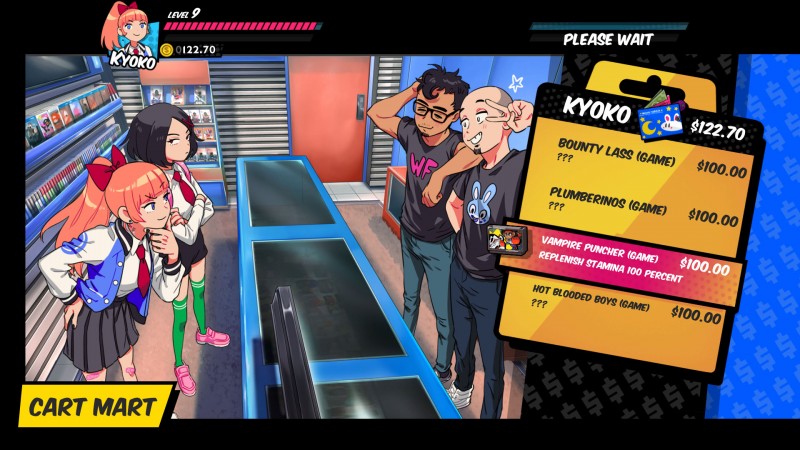 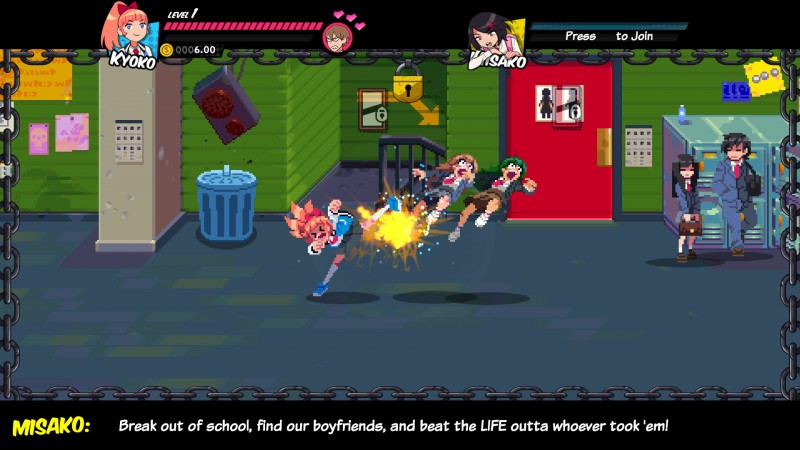 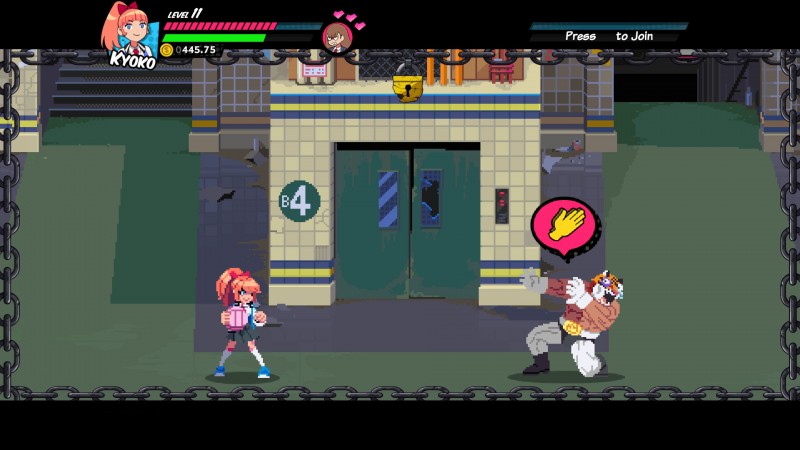 Off
7
About Game Informer's review system
Concept
Rescue your boyfriends with punches, kicks, and improvised weapons as you wander the ever-violent streets of River City
Graphics
Beautiful character art, backgrounds, and animations make every screen a pleasure to behold
Sound
The music is fantastic, with contributions from several talented artists. The voice performers also do a good job, though the writing tries too hard (and fails) to be funny
Playability
Combat starts simple, but your options expand to give you a variety of satisfying ways to take down foes
Entertainment
The basic fun of fighting is counterbalanced by some punishing design that makes it hard to get fully invested in the action
Replay
Moderate 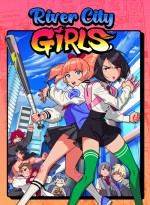