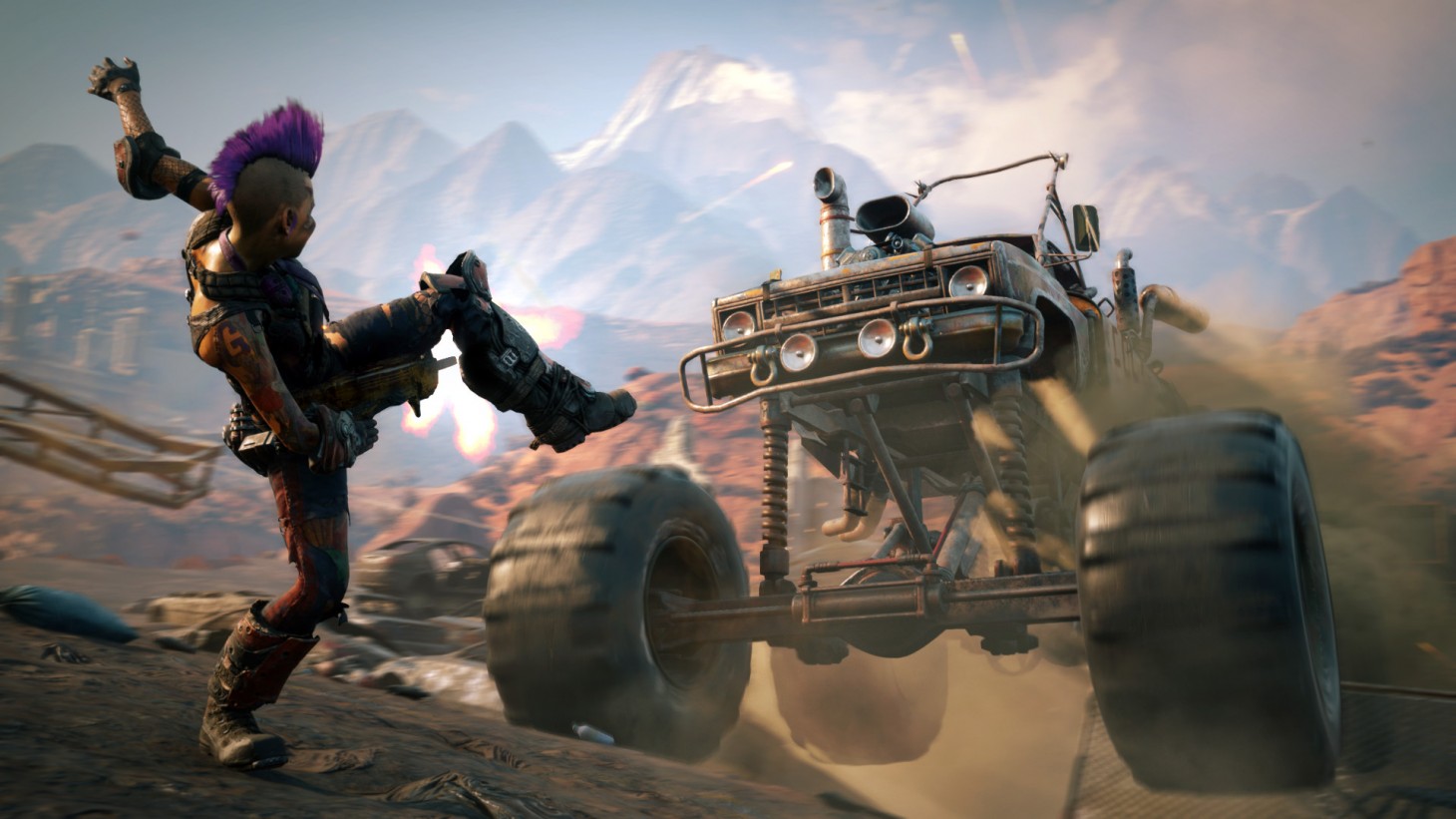 Rage 2 is a disparate experience. The shooting and arsenal are top-notch, allowing players to wield great weapons like a kickass shotgun that dishes out deadly spreads and potent focused fire with an alternate attack. That combat is enhanced by an overdrive mechanic that lets you cut loose and absolutely destroy hordes of enemies in a psychedelic bloodbath as you gain more powerful attacks and serious life regeneration during these berserker states. But outside of the heat of battle, Rage 2 has serious flaws including weak characters, boring activities and enemies, and an absolute snoozer of a shallow open world.

You play as Walker, last of the rangers, on a mission against General Cross and the evil Authority. The world serves up deserts, houses, swamps, sewers, and more, but the areas all blend together in sort of a grayish mush that simply serves to house by-the-book bland activities that get monotonous fast. Stopping to kill your fifth Authority tower for a couple of bucks and some upgrade points hardly gets the pulse pounding, and going off-road to explore rarely feels rewarding, because there’s simply nothing exciting out there to find.

You encounter all kinds of completely forgettable wasteland denizens as enemies and allies, mutants and townsfolk. Everyone is trying as hard as possible to be edgy and failing, delivering swear words with all the enthusiasm of a sleeping accountant. You fight the same dumb mutant mini-boss over and over. You unlock some cool vehicles to cruise around the world, and even get to drive a tank, but going from point to point and taking on the occasional convoy feels like mundane filler. While you engage in a variety of activities during your romp through the wasteland, almost everything boils down to slaughtering a slew of enemies. Which is fine on a basic level, because that's Rage 2's strong point.

You can upgrade your weapons for significant power boosts, like incredibly fast reload times, speedier shooting, and armor breaking. The weapons feel great, and mowing down a sewer full of mutants or a roadblock of goons is a blast. Chaining kills and working into the berserker state is fun, as you unleash hell on wave after wave of mutants and desert dwellers. Some of the longer encounters of the game have you in a constant state of overdrive, where you can feel a glimmer of the uncontrolled bloodlust from which the game gets its name. Moments like these are what save Rage 2 from its otherwise monotonous shackles, combining the great gunplay with nano-fueled abilities that let you crash into the ground from above or revive yourself after death.

While traversing the land, tons of various landmarks and side destinations await discovery, but they're all lackluster diversions that lose their luster after you've done each type of encounter a few times. Whether you're blowing up a turret or going sewer-crawling to smash some pods, you can see the vast majority of what the side content offers after a few hours. While the critical path takes about 8 to 10 hours, Rage 2 has tons of optional content to explore – you just won't want to do it. Outside of the obvious perks like unlocking new weapons and abilities, it all starts to feel samey, bland, and boring.

For all of its attempts at garish glitter, Rage 2 is a muted, clichéd, and uninspiring experience propped up by spectacular shooting and neverending battles that sometimes live up to the promise of a carnival of carnage. 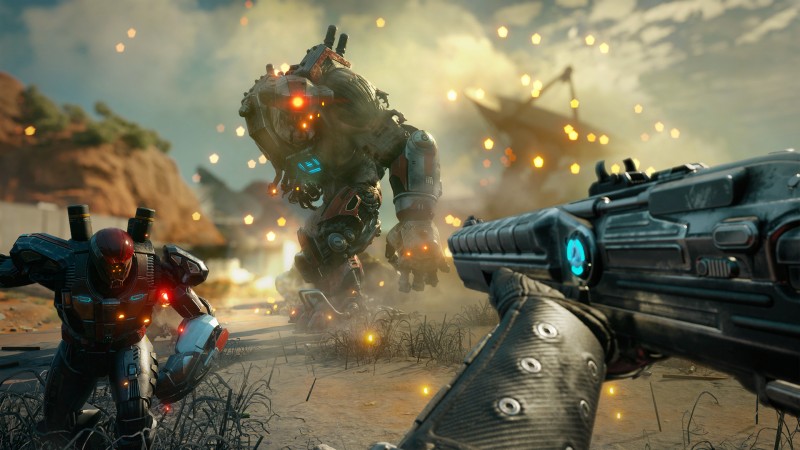 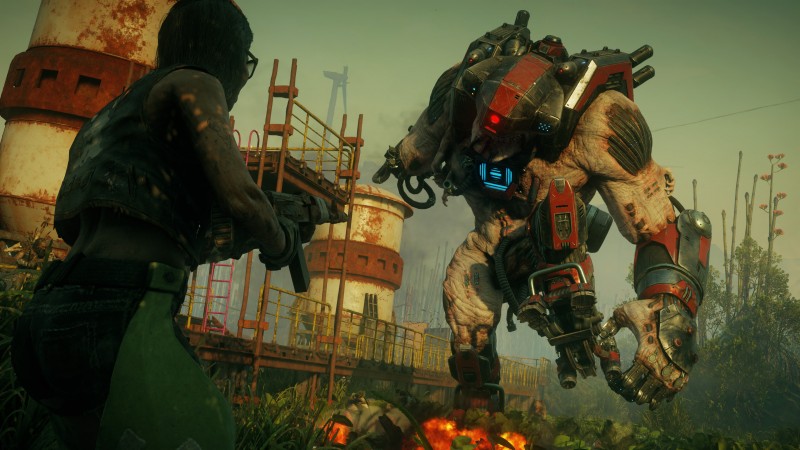 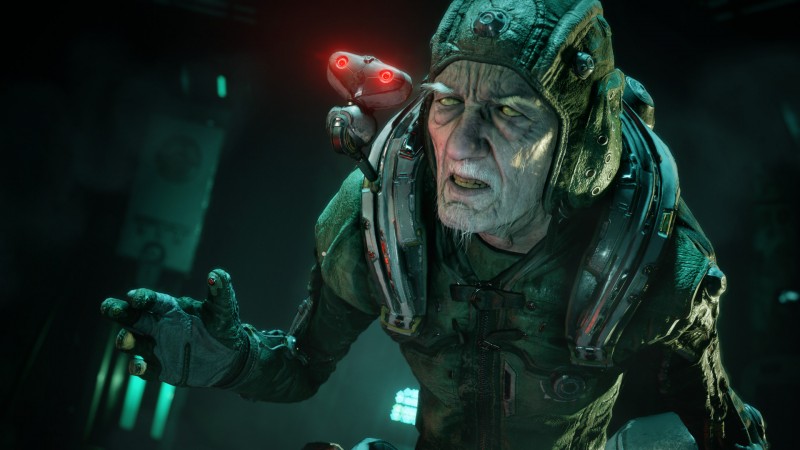 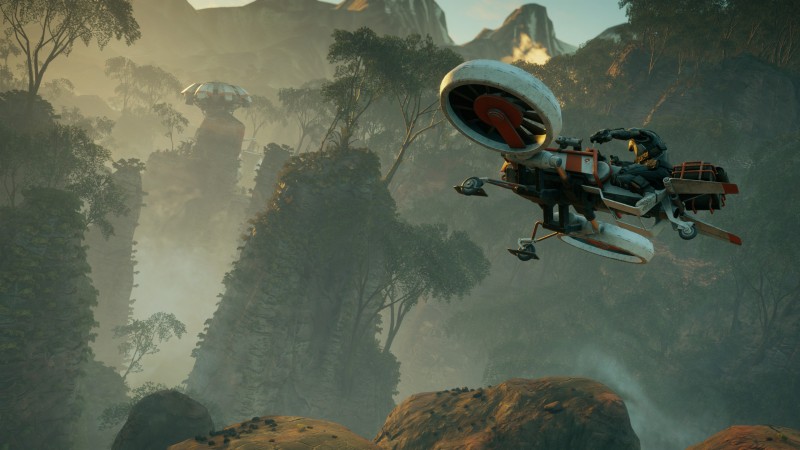 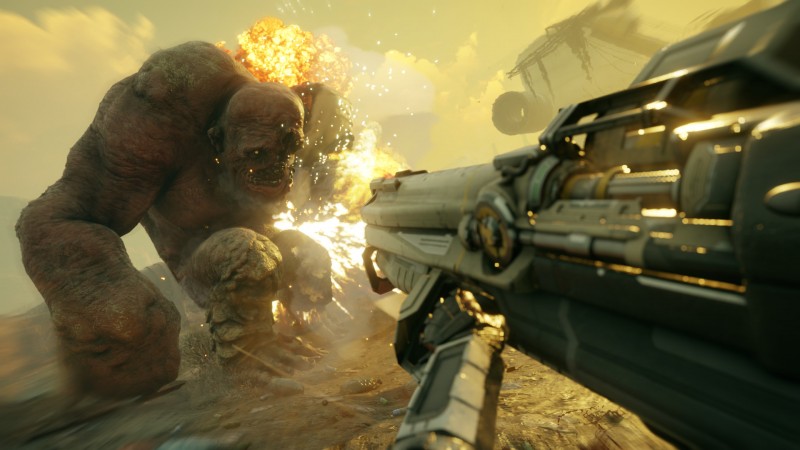 Off
7
About Game Informer's review system
Concept
Shoot and drive your way through hordes of enemies in defiance of the Authority
Graphics
For such an “extreme” vision of the post-apocalypse, the visuals feel muted and sometimes drab
Sound
The sporadic F-bombs seem like they are trying too hard to be edgy, and they never land with impact. The crunchy blasting of bullets and heavy metal during overdrive massacres carries some oomph, though
Playability
Shooting your weapons and zipping around in various vehicles through the open world is easy, though navigating through multiple menus can be a slog
Entertainment
Rage 2 fails to deliver any interesting characters, environments, or activities. Solid shooting and cool weapons lift up the other elements of this title
Replay
Moderate