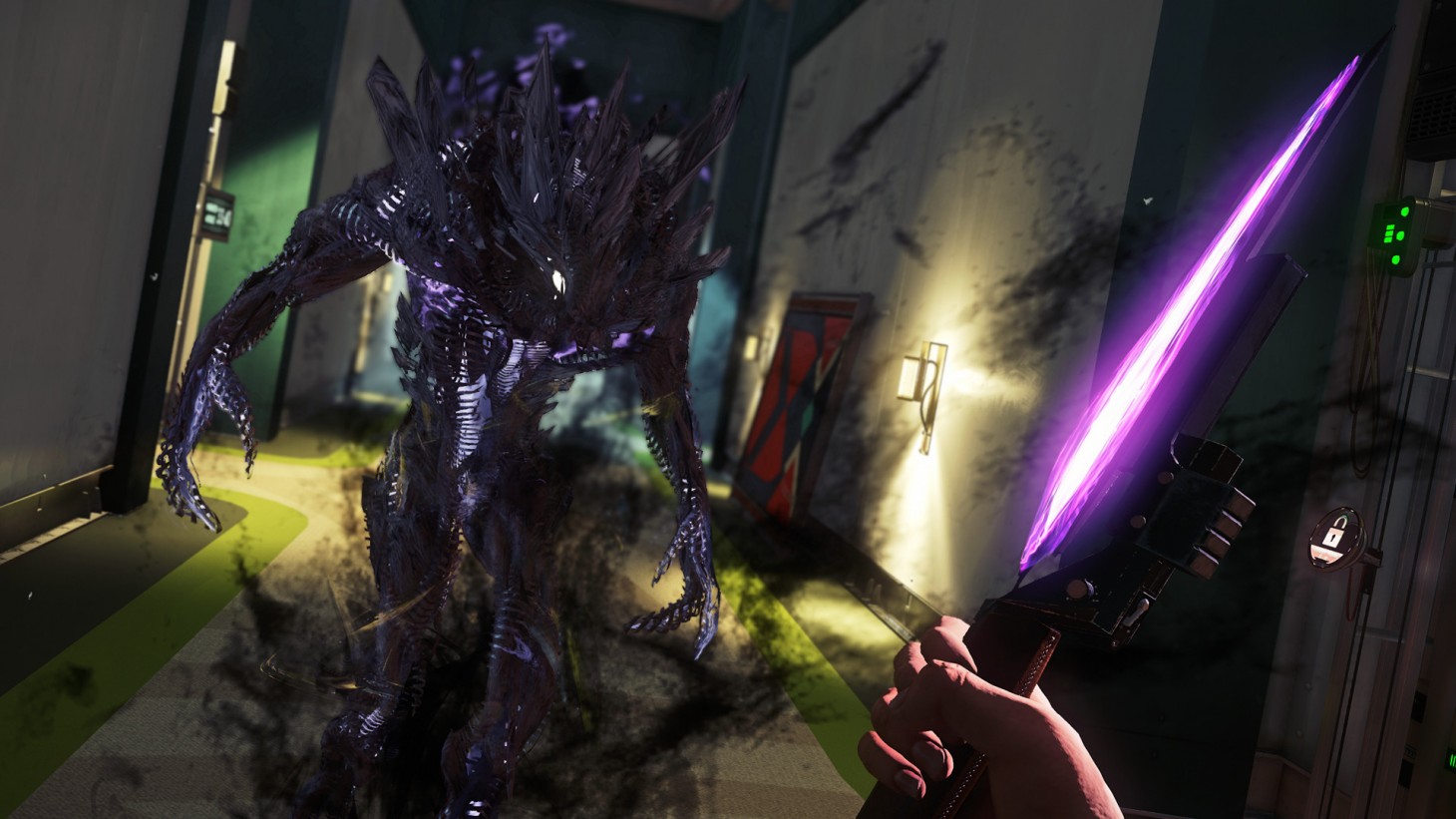 Arkane Studios’ immersive reboot of Prey was entertaining, even if it lurked a little too long in the shadows of Deus Ex and System Shock for its own good. I loved exploring the mysterious space station Talos 1 and learning how to bypass obstacles by turning into coffee cups or raising former crewmates to fight my battles. However, tedious backtracking and dull combat often muddied Prey’s offerings. The Mooncrash expansion pack remedies most of the base game’s ills and creates the experience I wish I had played last year.

Mooncrash is a side story, taking place after the base game. You assume the role of Peter, a hacker working for TranStar’s chief competitor, Kasma Corporation. Peter’s been monitoring TranStar’s secret lunar base. Something’s gone wrong on the moon, and he has to find out why by running simulations of five base personnel who made it off the base, then recording that data for Kasma. The setup is delightfully odd,  a strange structure that wisely puts experimentation with Prey’s enjoyable toolbox of skills and weapons first, even if (once again) the narrative payoff is lacking.

The narrative wrapper requires that you play as all five crewmates. Each one represents a different character build you might have made during the Prey campaign, like the gifted mentalist who has access to a ridiculous arsenal of powers (such as telekinesis or energy blasts) but limited health, and the security officer who’s good with a gun. While the universal goal for everyone is to escape the moon by any means possible, each character also has a special objective for you to complete. Most of them are enjoyable short stories that give you a little insight into each character, like the security officer’s friendship with a custodian who’s actually a backstabbing Kasma operative. The tales make each playthrough more interesting than just getting out alive. You also have to complete certain story missions to unlock other characters.

Mooncrash’s biggest feature is its roguelike ambitions, which is the expansion’s biggest success and failure. If one of your characters is killed by an enemy or environmental negligence, the whole simulation resets, wiping out your progress and creating a new base where enemy and item layouts are randomized. To make matters worse,  a corruption timer ticks away during every simulation. With every new level of corruption it reaches, enemies you’ve killed respawn stronger than they were before. Once corruption hits level five, the simulation crashes. Though you have a way to reset the corruption level counter, the countdown is more of an annoyance and resource drain than a mechanic that intensifies gameplay.

To help alleviate the stress of losing everything, discovering fabrication plans for items during a simulation means you can purchase those items before each run using skill points earned by accomplishing objectives, discovering items, and killing monsters. While it might sting to lose your characters’ progress in a simulation wipe, at least you can start the next run with that high damage dealing pistol you crafted (if you’ve got enough skill points), keeping losses from being too frustrating.

One of Mooncrash’s wrinkles that I love is how every choice you make affects all the characters in that simulation. For example, you might be tempted to take all the snacks you find in one area to replenish your health, but it means that another character won’t be able to access them. A bigger, more concerning example is that the moon only has five ways to escape. If you use the shuttle to escape with your first character, you can’t use it again to escape with another. Each escape method is also more than just discovering and selecting the method. A second or even third step is always involved, like searching out a pilot’s corpse and injecting their knowledge of flight into your brain so you can escape with the shuttle. These objectives are enticing to the point that I don’t want to spoil any of the others here, but rest assured: plenty of zany and grotesque sci-fi story beats are waiting to be found. The multi-tiered objectives liven up every area, and character playthrough makes exploration an exciting prospect as opposed to the tedious backtracking that made Talos 1 feel woefully underused.

Like Prey, the expansion pack rewards only those who play carefully, sneaking around corners, scavenging everything in sight, and wisely managing resources. Unless you go in guns blazing or have tremendously bad luck, you can get out of most scraps if you take the time to study your character’s abilities and play to your strengths. While this might sound disappointing to those expecting a hardcore challenge, I never felt the tense atmosphere relent, knowing that every mistake could cost me all my progress with these characters. Deadly encounters with the dreaded psychic behemoth telepath left me running to lick my wounds and restock on ammo and objects as the timer ticked down. Following up those moments with a Hail Mary play is an exhilarating experience, like sucking the horde of enemies about to lay the killing blow into a miniature (and fatal) dark hole with a special grenade.

Those who yearn for more gadgets will be disappointed, as Mooncrash only offers a few, such as the admittedly cool Psychostatic Cutter energy dagger. However, the expansion pack’s achievement is more substantial than a bunch of doodads thanks to how it takes the promise of the base game, slices out the fat around it, and then serves up an experience as thrilling as it is challenging.  Arkane Studios excels at creating fun, inventive playgrounds in which players are given a bevy of tools that wreak havoc and create memorable moments. In that regard, Mooncrash ranks among the developer’s strongest offerings. 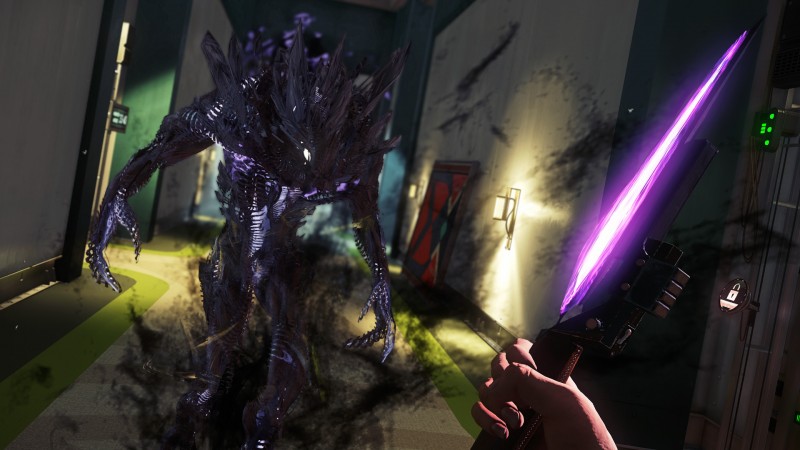 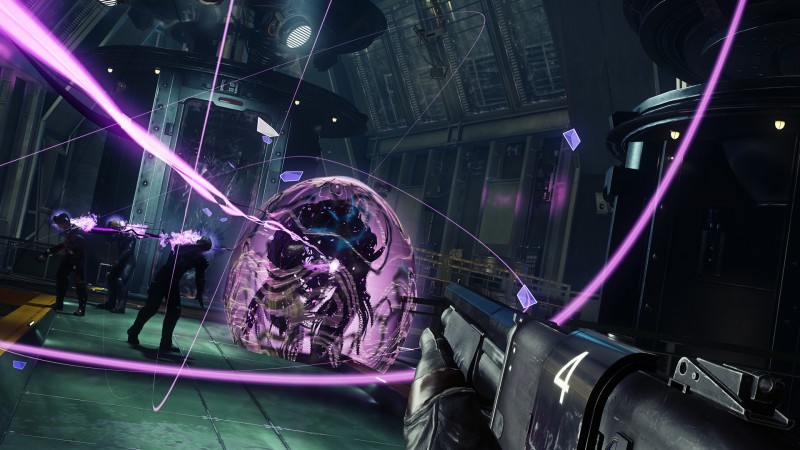 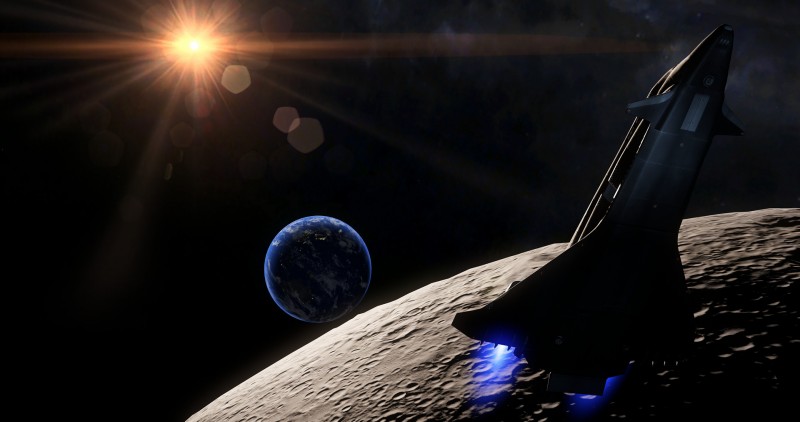 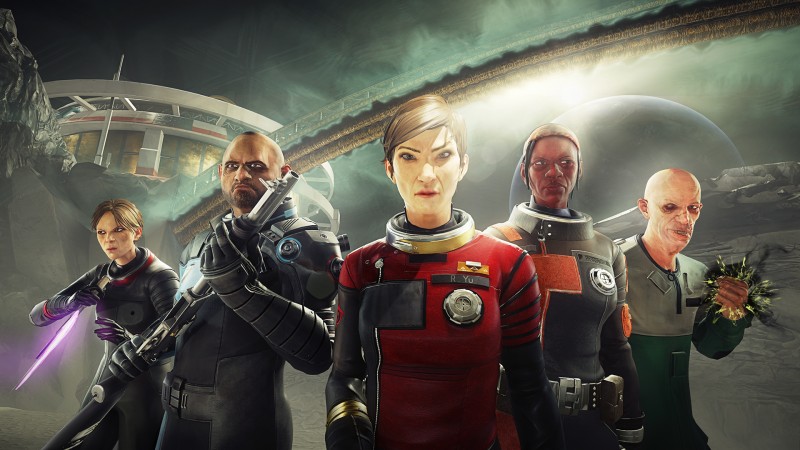 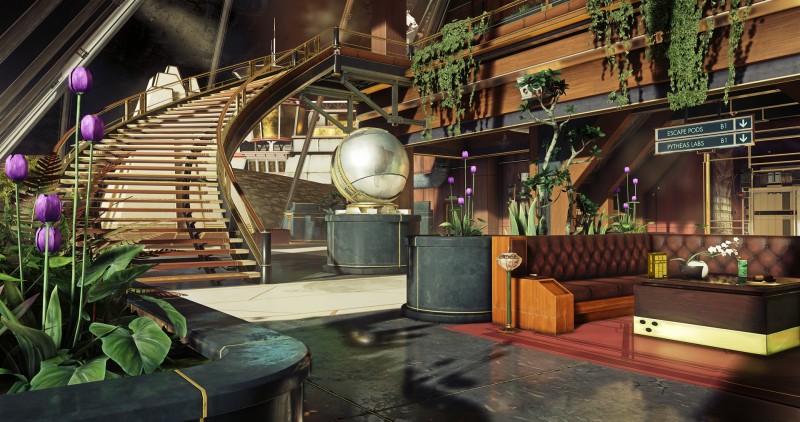 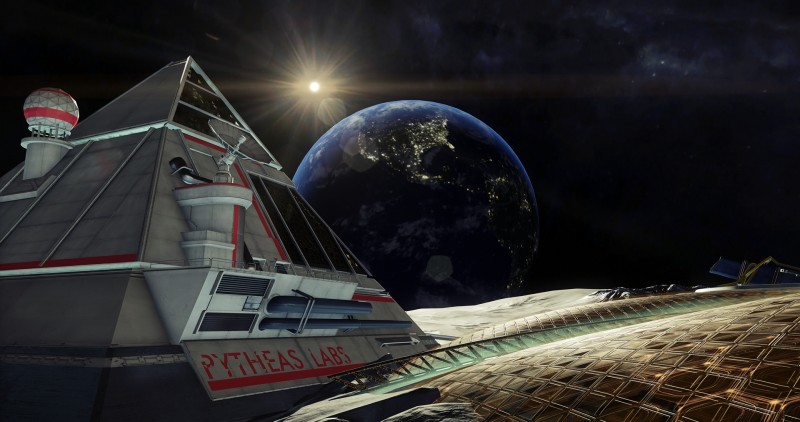 8.5
About Game Informer's review system
Concept
Use your destructive sci-fi powers, weapons, and wits to get off the alien-infested moon in one piece
Graphics
As with the base game, character models are still stiff and awkward, but the environment looks great (though it sometimes resembles Talos 1 too much)
Sound
What was that jitter you just heard behind you? A cup tumbling across a table, or a disguised mimic waiting to attack you? Like Prey, Mooncrash boasts some of the best and spookiest sound design in contemporary gaming
Playability
Mooncrash expects you to be versed in the play style of the main game, so you should re-familiarize yourself with the controls
Entertainment
Mooncrash is Prey at its best, featuring enough challenges and gadgets in a well-designed playground to keep you coming back for more
Replay
High 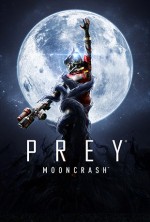