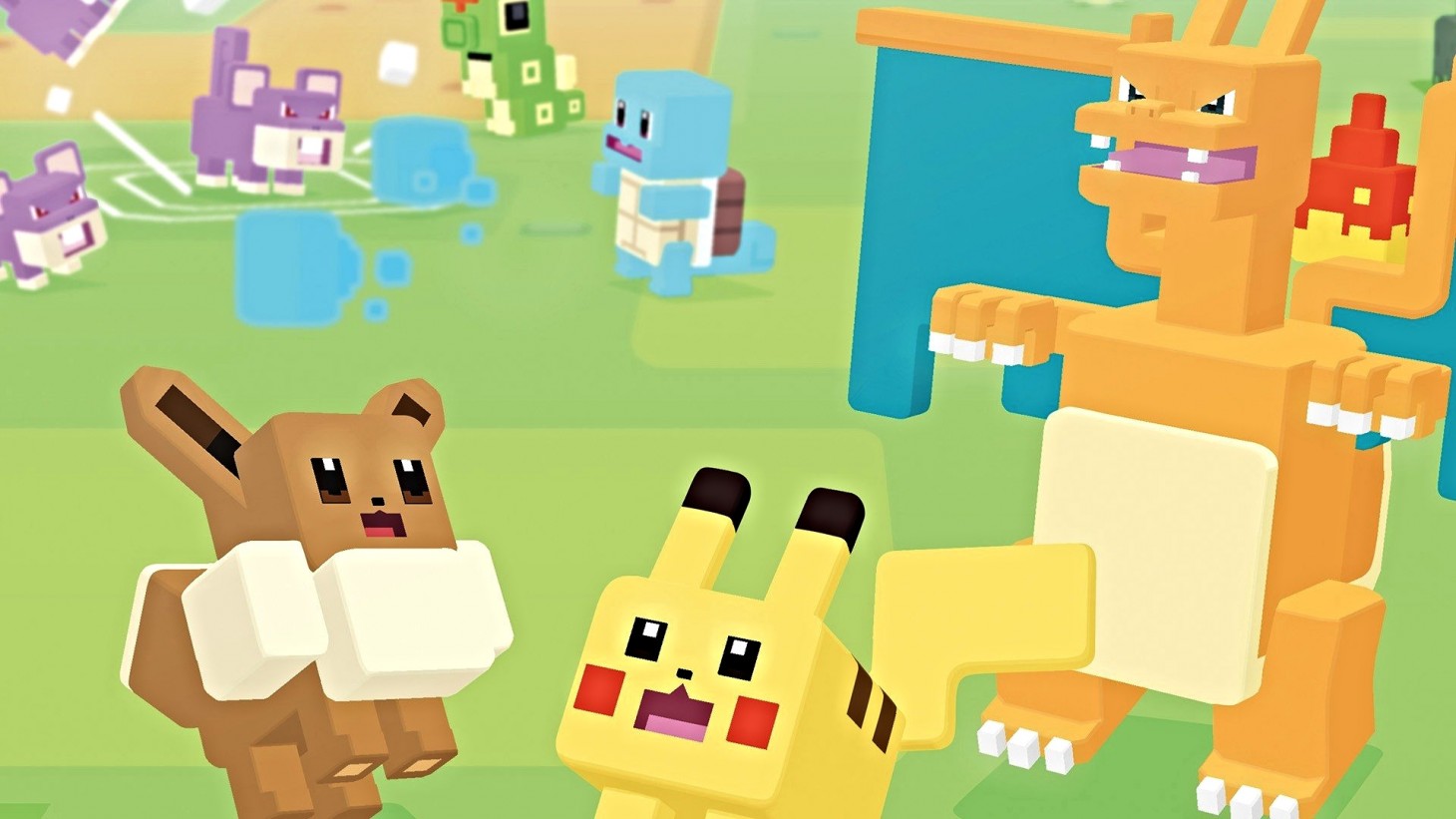 Pokémon has seen its share of strange offshoots, but Pokémon Quest goes in unique directions with both its gameplay and art style. Taking place on an island where everything is shaped like a cube, the free-to-play Pokémon Quest has you exploring the region, collecting Pokémon, and powering up your monsters through fights. However, those high-level concepts are where the similarities to other games in the beloved series ends, along with the appeal. With uninteresting gameplay, frustrating collection mechanics, and tedious grinding, Pokémon Quest is spin-off that fails to live up to its namesake.

Pokémon Quest takes the familiar creatures from the first generation, turns them into cubes, and delivers a passive, top-down strategy experience. You select a group of three characters from your collection and guide them through levels. It’s more strategic than simply choosing your best Pokémon, as each of the 10 worlds grants a significant buff to a specific Pokémon type. I like that this gives you reason to level up creatures outside of your core squad; my team of fire Pokémon might breeze through one world, but they aren’t the best choice for the world full of water monsters.

Your Pokémon move through the level and toward enemies on their own; all you need to worry about is telling them which move to use. Combat is uneventful and unengaging overall, but I like the strategy of knowing which moves to use based on the situation. You factor in which attacks have pushback, or which ones have a chance to inflict a status ailment, like paralysis or confusion. If an enemy is gearing up to attack, you can also press the scatter button to cause the Pokémon to run in opposite directions, hopefully to safety. Navigating the user interface with a joystick-controlled cursor is clunky, meaning you should play Pokémon Quest in handheld mode to use the touch controls.

Pokémon Quest is still about catching ‘em all, but that has nothing to do with the wild-Pokémon encounters in the levels. Instead, you cook stews that complete after you play a certain number of levels. Filling out a collection of monsters is always addictive, but the process is far more frustrating than ever before. While you discover which dishes attract specific types of Pokémon, the creature that comes running at the end is random. Need a Squirtle? Rather than going to the level where you can find a Squirtle, you must cook the water-Pokémon dish and hope you don’t get your twelfth Horsea instead. You also receive a random Pokémon in your camp as a daily login bonus, which helps, but doesn’t solve the problem.

Leveling up Pokémon through battle is often slow, meaning you must grind to gain experience. Even when Pokémon level up, they only gain small stat boosts and slow progress toward a new gem slot. The random-drop gems provide the real stat boosts, as they improve that Pokémon’s attack or defense by hundreds at a time. Rarer gems also providing boosts to stats like critical hit and recovery time, but opening new equip slots for your Pokémon takes a lot of experience. I enjoy the decision-making process of which gems to equip to which Pokémon, and the choices of replacing a lower-level gold-tier gem that grants several additional bonuses with a substantially higher-level common gem is always excruciating. While I don’t like how random the drops are in the levels, I do enjoy the rush of securing a powerful gem and watching a Pokémon’s stats leap when I equip it.

The grind is accentuated by the fact that you can only complete five stages at a time before you must wait for your in-game battery to recharge (you gain one charge every 30 minutes). Playing through the same levels repeatedly and only making incremental progress each time, meaning you’re going to be playing a lot of older levels on repeat to push your Pokémon to the next level. By the time I was powerful enough to take on the next level, I was equal parts excited and relieved that I could finally move on. Thankfully, you can set the game to auto mode and let your Pokémon choose their own moves for a completely passive experience. This delivers the least engaging gameplay experience possible, but I was happy to I didn’t have to actively control my Pokémon as they fight through waves of Exeggcute for the eighth time.

You can also power Pokémon up through training, which can either give an experience boost or teach a character a new move. This process is particularly annoying, as you must sacrifice other Pokémon in your collection to have a chance at progress. The more Pokémon you sacrifice, the greater the likelihood of success. I hate losing creatures from my roster only to see the training fail. You can guarantee success by serving up the same Pokémon as the one you’re trying to train, but that’s usually not an option thanks to the random nature of Pokémon acquisition.

As you continue through the island, you earn statues that decorate your base and grant often-hollow rewards. Some give experience bonuses for Pokémon up to a certain level to minimally assist with the grind, but most just award a small boost in the number of cooking ingredients you earn from completing levels. The best statue grants you an extra charge on your battery to let you complete six continuous levels, but as you may have guessed, it’s also the most expensive.

These statues can be purchased using tickets you earn or buy with real money. I can’t imagine spending cash on the statues, as the bonuses aren’t worth it, and even the best ones aren’t completely out of reach to earn from your daily bonus tickets, meaning the microtransactions are thankfully noninvasive. If you’re tempted to buy statues or expand your Pokémon or item-storage boxes, you earn tickets at a steady enough rate that you can do so without spending real money.

Pokémon Quest delivers cute moments, but the novelty wears off fast. By the time I reached the later stages, I was disenchanted by the necessary grinding and random elements permeating nearly every aspect. I enjoy parts of Pokémon Quest, but the adventure never amounts to anything memorable. 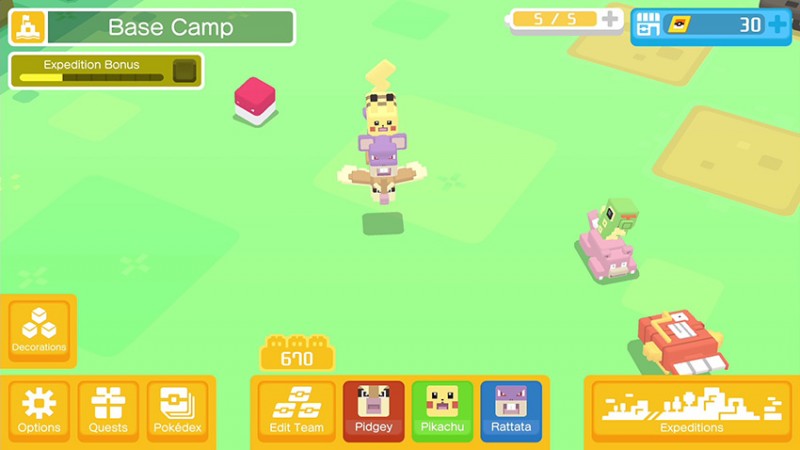 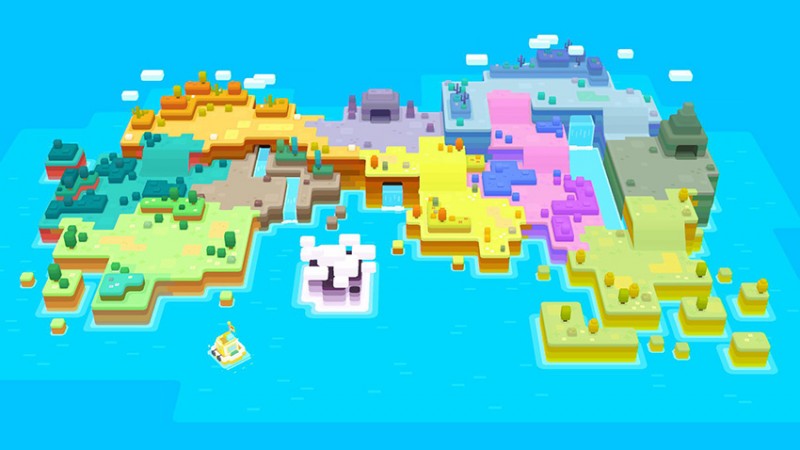 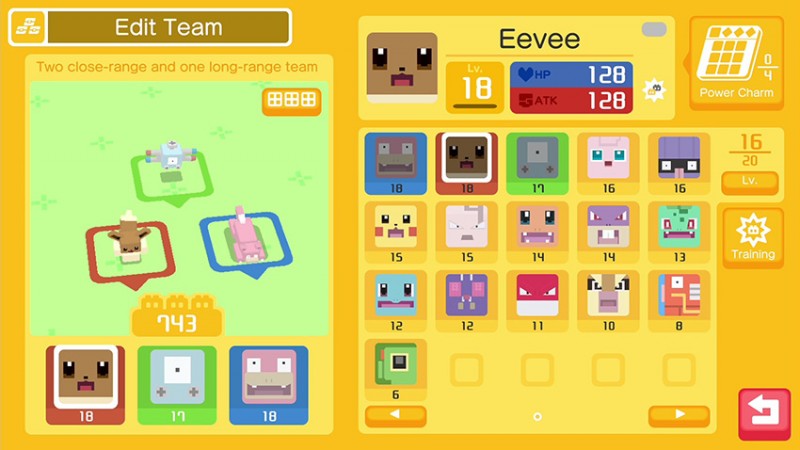 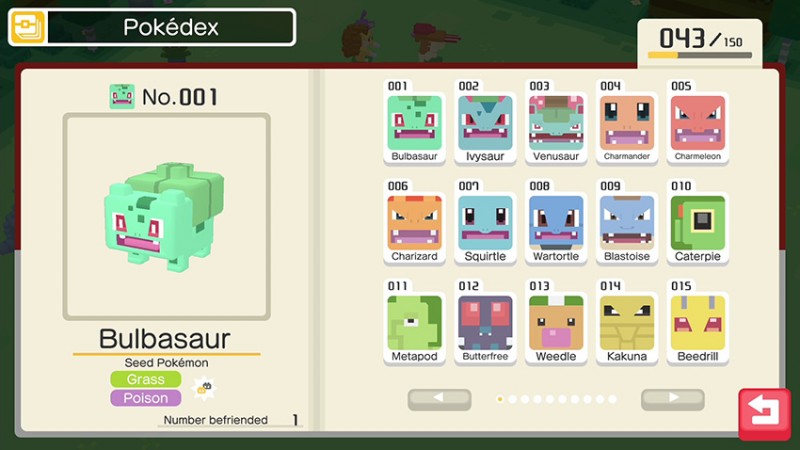 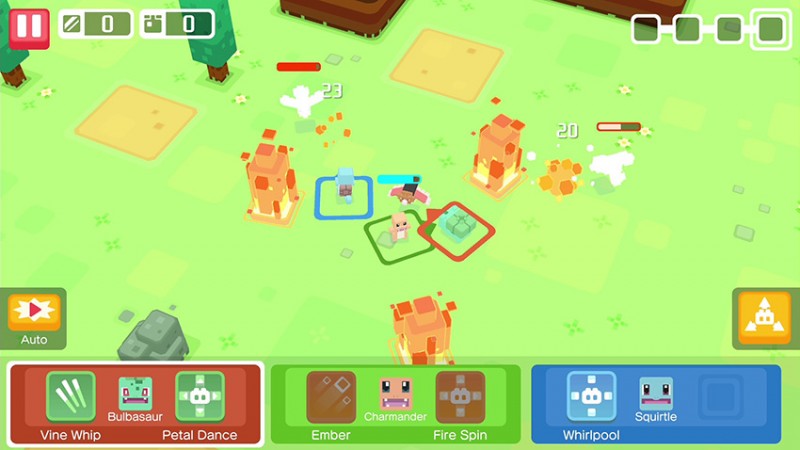 6
About Game Informer's review system
Concept
Embark on a free-to-play adventure as you collect a wide range of Pokémon and fight your way across an island where everything is cube-shaped
Graphics
The cubic Pokémon are jarring at first, but their cuteness grows on you
Sound
Pokémon have familiar growls, but when battles heat up, the awesome soundtrack shines brightest
Playability
The most important player input is choosing your team and equipping them with power ups, since Pokémon automatically move toward enemies and can even attack on their own
Entertainment
With passive gameplay and constant random elements, Pokémon Quest is entirely forgettable
Replay
Moderate