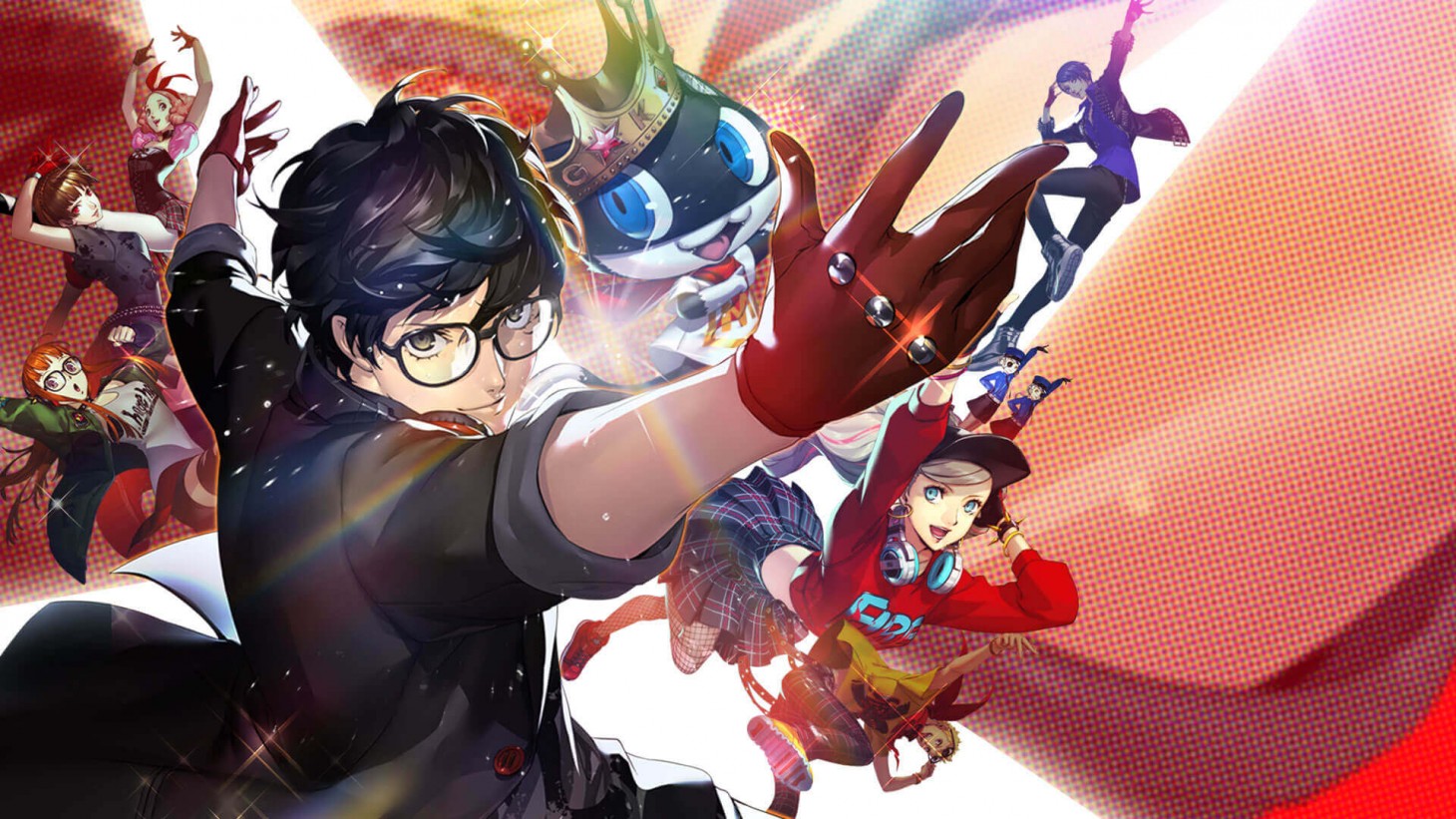 As a rhythm-based spinoff, Persona 5: Dancing in Starlight’s premise for getting the Phantom Thieves back together to dance is a bit of stretch, even by the series’ standards. But Joker and company are no strangers to absurd situations, and Persona 5’s soundtrack is strong enough that I don’t mind suspending disbelief to enjoy watching The Phantom Thieves dance to a slew of remixes, even if the rhythm-based gameplay at the heart of it all doesn’t quite hold up its end of the bargain.

Dancing in Starlight takes place some time after the end of Persona 5. This time, the Phantom Thieves return to the Velvet Room to compete in a dance contest against the cast of Persona 3 to see which guest of the Velvet Room has the better moves. The first couple of scenes make it clear the events of this story won’t matter, however, as the contest takes place over the course of a single night everyone will be forced to forget as soon as it’s over.

The dancing itself is straightforward as you tap or hold buttons in time with the music, though the interface can be too stylish for its own good. It prizes the J-Pop dance routines the Persona 5 cast performs in the background as much as the music itself, which means notes originate near the center and move towards the edges of the screen. The layout works well enough on lower difficulties, but as tougher songs introduce more intricate note patterns, it can be hard to discern what note to play when as they drift apart. Notes that require you to tap multiple buttons at the same time are connected by a giant pink bar and clutter up the screen, and I even failed to notice a note completely in the chaos a few times. I got used to the interface and was able to have fun with it after a few hours, but it’s a case of form over function that emphasizes something I wasn’t paying much attention to most of the time.

You never have to play too seriously though to progress, though, and a number of fun modifiers alleviate that frustration. Want to play any note using any button? Go for it. Think getting a “Good” rating on a note shouldn’t break your streak? Done. Unlocking and using these modifiers makes for some neat twists on the normally pass-or-fail rhythm genre, and some even up the challenge by making notes disappear as they near the edge of the screen or having them randomly speed up or slow down. The helpful ones ding your score, but I still enjoyed how much I could change the game to my liking.

Dancing in Starlight does a good job of increasing the BPMs of Persona 5’s soundtrack to make each song more fun to play, but I can’t help but nitpick at some of the choices made in the setlist. It feels limited with just over two dozen songs, and it doesn’t help when the same songs come up multiple times. “Rivers in the Desert” is a fantastic song, but I don’t need the original, a remix, and a live version of it. What’s here is fairly strong, however, and aside from one or two clunkers, I was nodding my head along to every song.

The main reason for going back through these songs is to get the series’ trademark social links going. By completing certain objectives, you unlock new conversations with each member of the Phantom Thieves. Getting to know Makoto, Ryuji, and Ann better, even knowing these conversations with them would have no consequences, kept me going even as the gameplay started getting stale. These conversations also unlock new outfits and accessories to wear on the dance floor, and some of them can get pretty silly (in a good way).

Persona 5’s soundtrack helped define its captivating sense of style when it released last year, and Dancing in Starlight is a good celebration of it. The clumsy dancing interface and short tracklist make it fall short as a rhythm game, but some great remixes and fun progression hooks make it a worthwhile way to revisit the look, feel, and sound of one this generation’s most stylish RPGs. 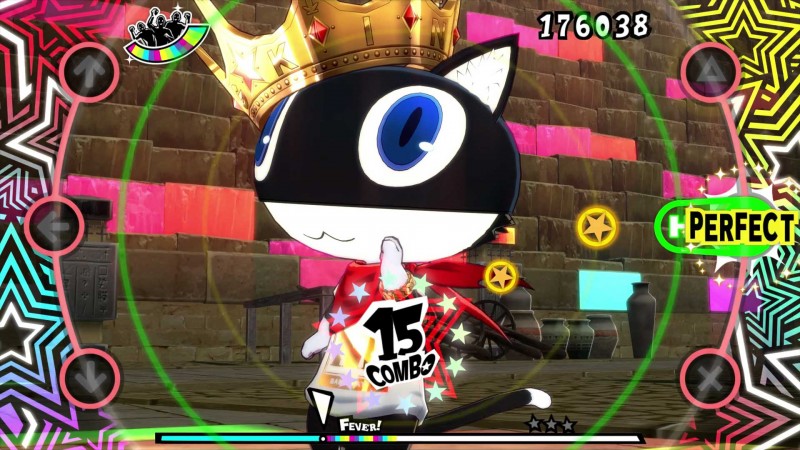 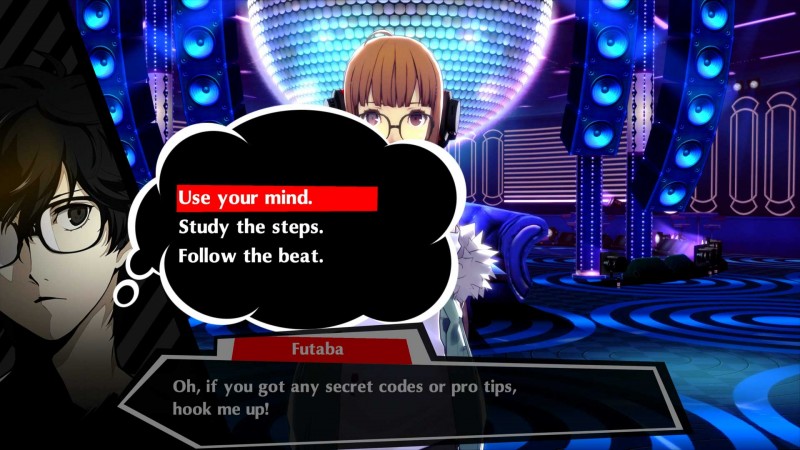 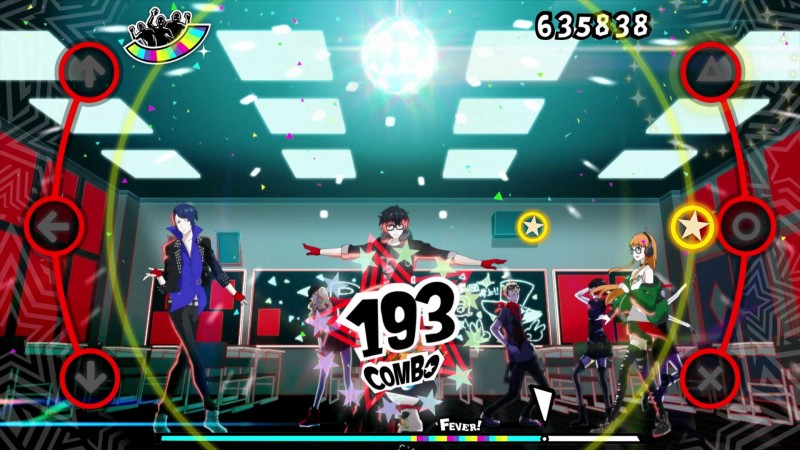 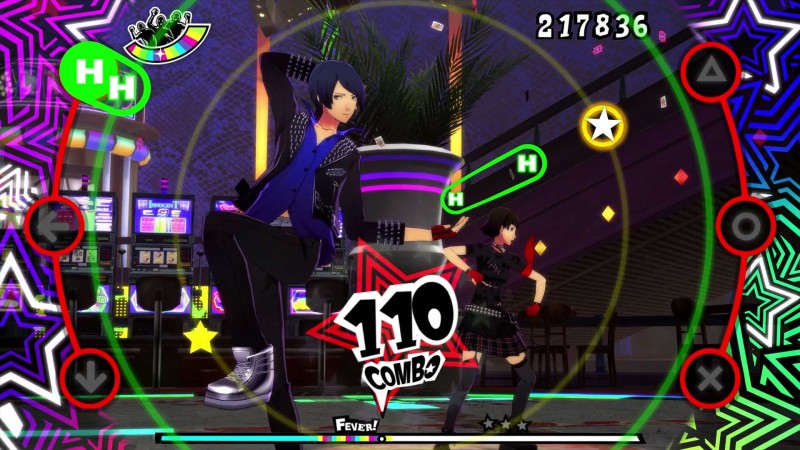 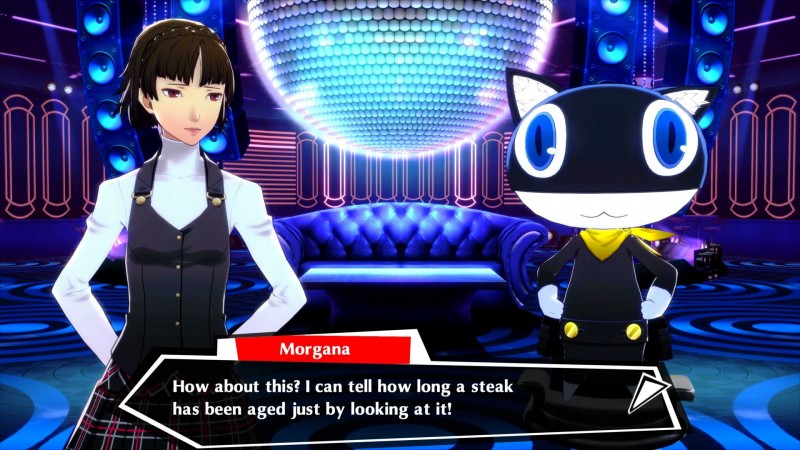 Off
7
About Game Informer's review system
Concept
Get the Phantom Thieves back together for a not-so-serious dance competition in the Velvet Room
Graphics
The dance routines are well choreographed the few times you can glance at them between notes. Characters animate in social-link conversations, but their movements are stiff
Sound
The remixes to Persona 5’s excellent score are solid save for a few bad remixes, though the tracklist is a bit limited. The problem is exacerbated by multiple versions of the same songs
Playability
The note interface is awkward and can mean occasionally not knowing a note is even there, but a surprising number of difficulty modifiers help ease that frustration
Entertainment
Seeing Persona 5’s cast back together makes for some fun conversations between songs, but replaying the short setlist gets old quickly
Replay
Moderate 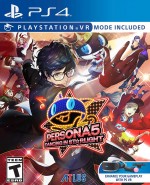