When Paper Mario debuted on the N64, it took the turn-based RPG battles from Square’s Super Mario RPG and wrapped them around a clever papercraft aesthetic to create a wildly humorous adventure. Over the years, the Paper Mario series has moved away from traditional stat-based RPG leveling and tried various new mechanics with mixed success, but its lighthearted antics rarely disappoint. In Paper Mario: The Origami King, Nintendo’s humor remains on point, but much like an actual origami figure, the rest of the experience is a bit hollow.

After receiving an invitation from Princess Peach to attend an origami festival, Mario sets off toward Toad Town, only to discover that an invader named King Olly has assumed power and folded the inhabitants of the Mushroom Kingdom into origami minions. Fortunately, this is the kind of trouble that is easily undone with a good head stomp, so Mario gets to work. Mario’s journey to defeat King Olly is full of wild shenanigans. You search for a can opener so you can feed tuna to a monkey, explore a derelict cruise ship full of terrorized Toads, and send Mario through fax machines to teleport across the world. Nintendo’s pun-filled writing is full of giggles, and I loved meeting Origami King’s wild cast of characters. I even got strangely emotional after helping my bob-omb companion find his missing fuse.

While I enjoyed Origami King’s dialogue, the story’s pacing is uneven. I often needed to backtrack through a level to find a missing person or locate a key to a lock preventing me from progressing. These speed bumps are frequent, and while the writing remains clever throughout, they kill the momentum. I grew tired of running back and forth across environments I'd already thoroughly explored.

Like previous Paper Mario games, Origami King’s action takes place in a series of turn-based encounters. However, the structure is different this time, with Mario’s enemies positioned atop several concentric rings. During the first phase of each battle, Mario can rotate or slide around the blocks that make up these rings to line up his enemies. Like a Rubik’s Cube, you manipulate your foes to group them together, which makes them easier to clear out. I appreciate the challenge of lining up these baddies before wiping an entire row off the board with one strong attack, but the combat system doesn’t evolve beyond its initial promise. Since you don’t gain experience, you have few incentives to participate in repeat battles, and it starts to feel pointless. By the time I was halfway through the game, I was trying to avoid combat whenever possible because it had grown so boring.

Origami King’s ring-based battles are flipped around for boss encounters, as Mario starts on the outer ring and works his way toward the center. These drawn-out fights require more puzzle-solving, with you sliding the rings around to avoid obstacles and then position Mario for an optimal attack. Again, I enjoyed the basic sliding mechanics, and the boss battles add an extra layer of complexity that I missed during basic battles, but these confrontations overstay their welcome. Most bosses require a great deal of trial-and-error before you discern where you need to position Mario and what kind of attack he needs to employ to deal damage. Defeating these monstrous foes is ultimately satisfying, but I was also often equally frazzled by the end of the ordeal.

As a series, Paper Mario constantly explores new concepts and mechanics, which is exciting, but that comes with plenty of risks. Origami King’s biggest chances don't pay off in a satisfying way. I enjoyed Mario’s hijinks and all the misfits he encounters, but the new ring-based action needs refinement. I hope Paper Mario’s next twist on combat can rise to the same level as its humor. 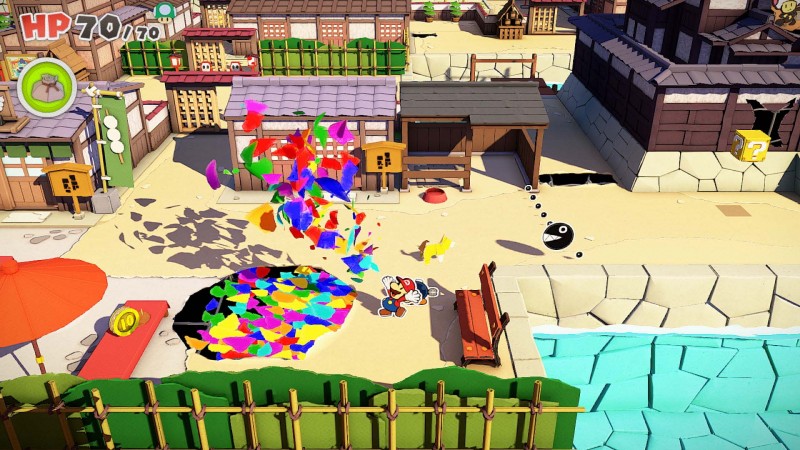 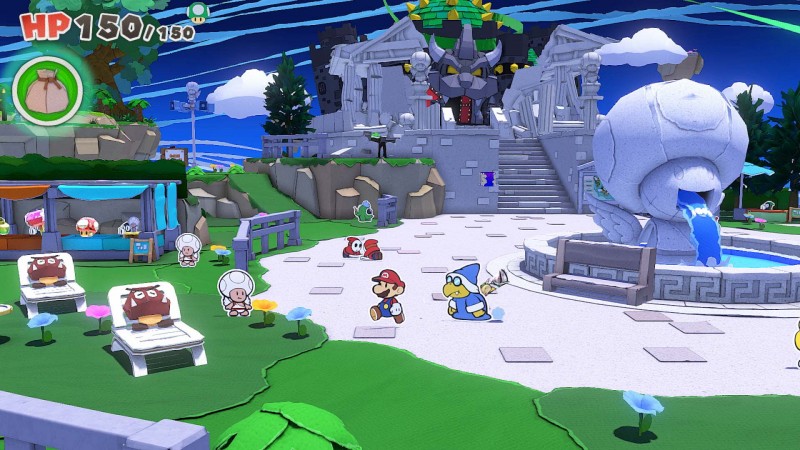 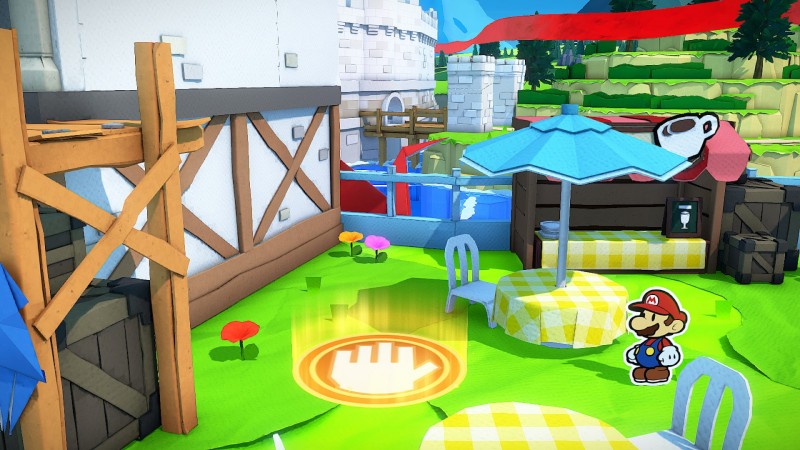 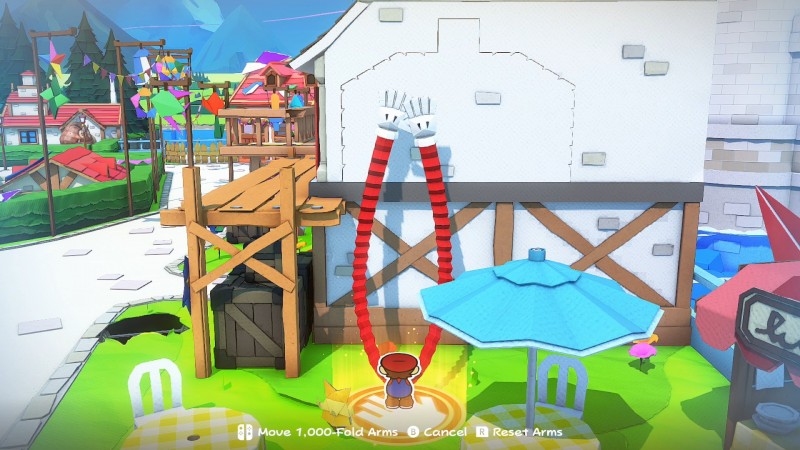 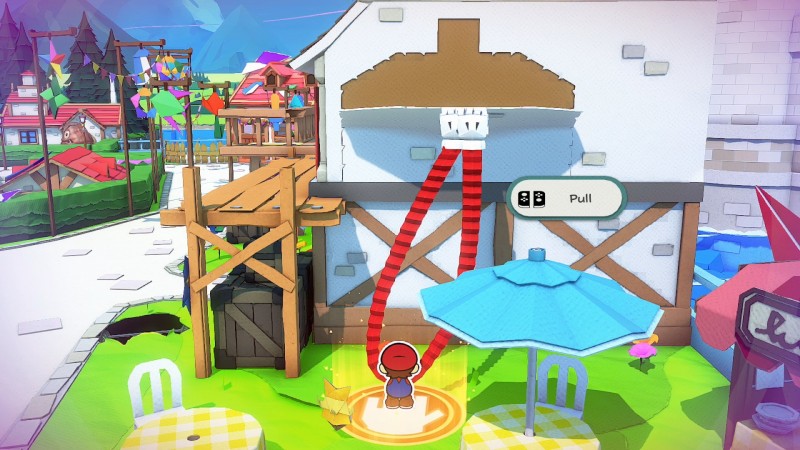 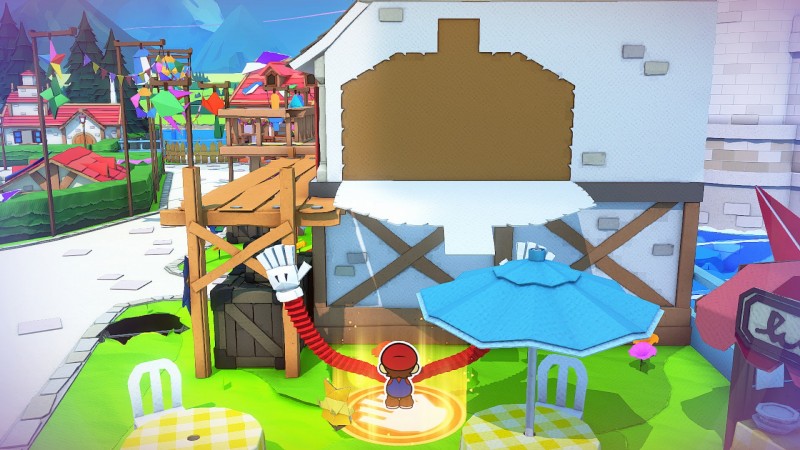 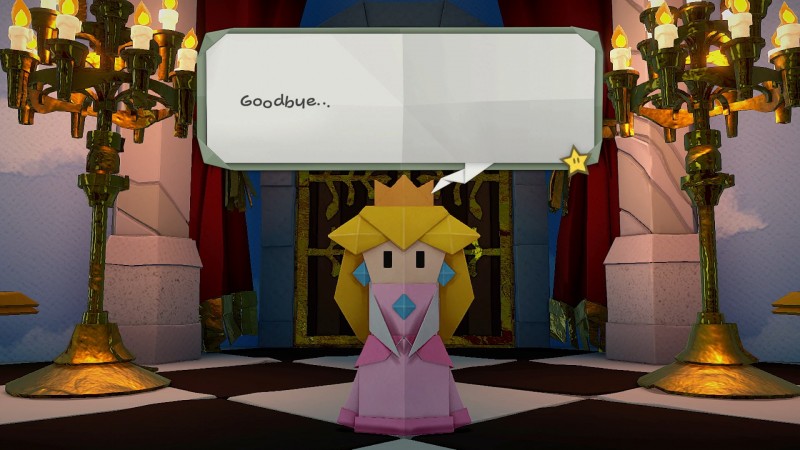 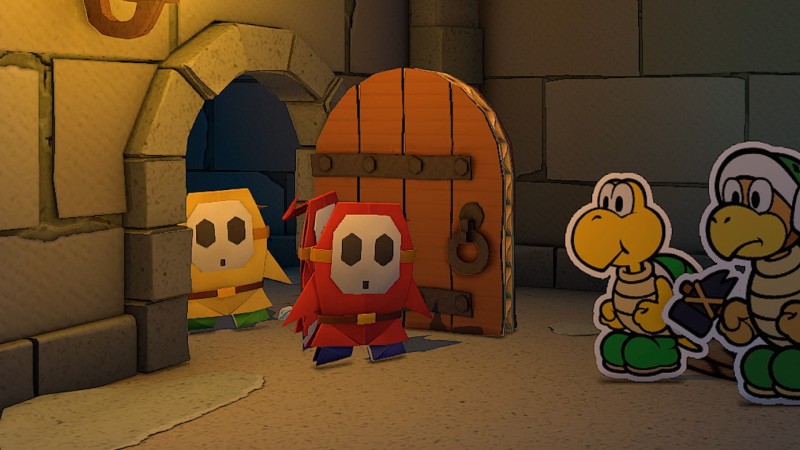 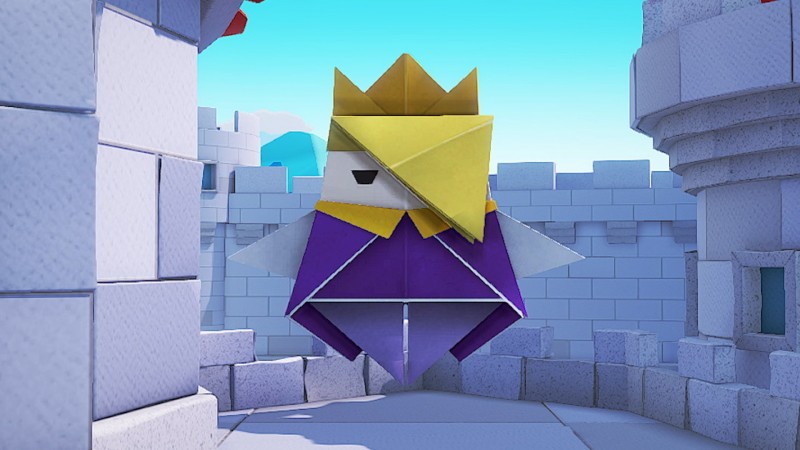 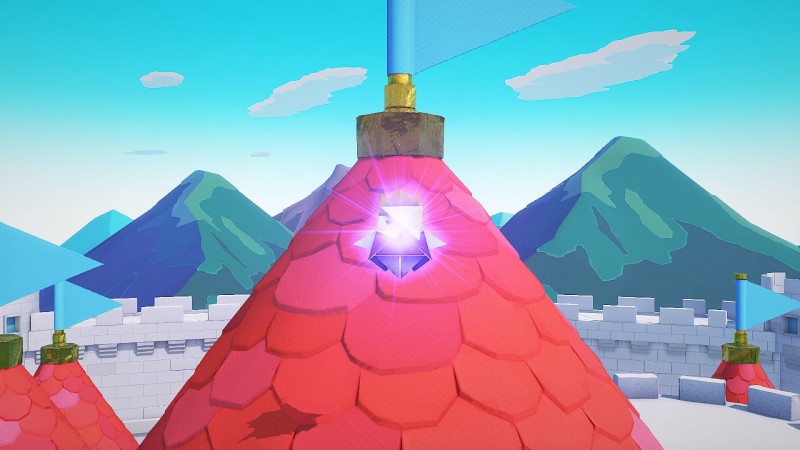 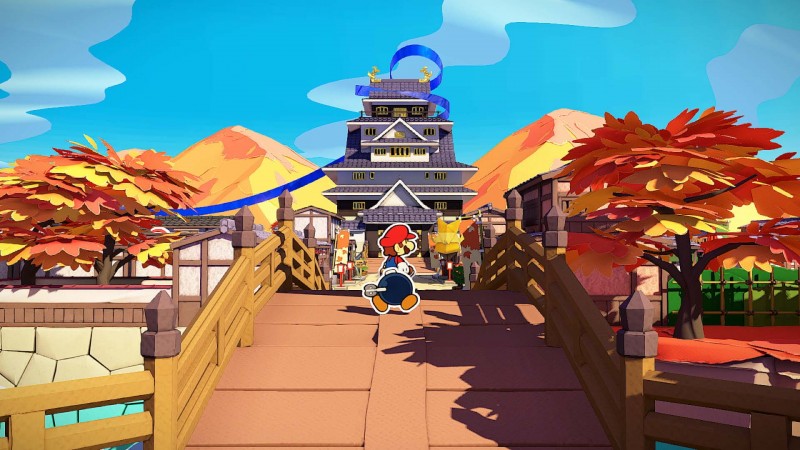 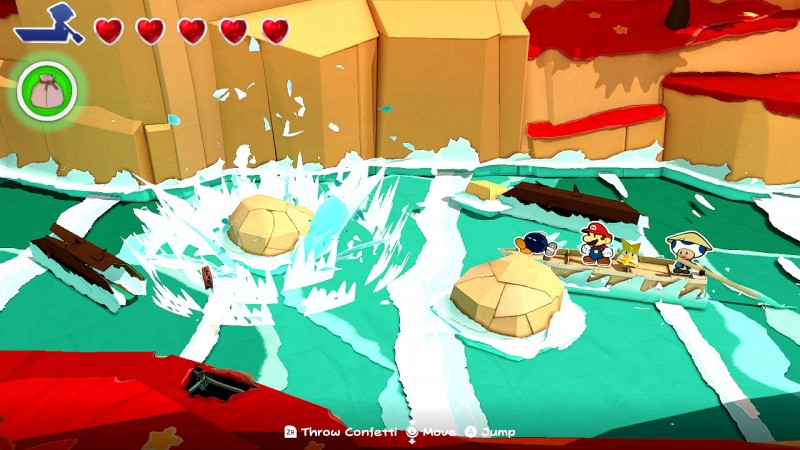 Off
7.75
About Game Informer's review system
Concept
King Olly has invaded the Mushroom Kingdom and has folded its denizens into origami monstrosities. Now it’s up to Mario to save the day
Graphics
Nintendo’s papercraft aesthetic is full of charm. Some of the digital effects – especially water – are so realistic they’re a little jarring
Sound
The music is upbeat, but the wealth of dialogue has me wishing Nintendo would finally add voicework to the series because scrolling through text gets tiring
Playability
Origami King’s ring-based battles add a puzzle-like element to Paper Mario’s traditional turn-based combat
Entertainment
As usual, Nintendo’s quirky writing is full of laugh-out-loud moments, but your quest is full of tiresome backtracking
Replay
Moderate 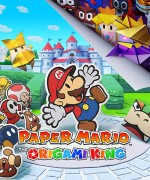