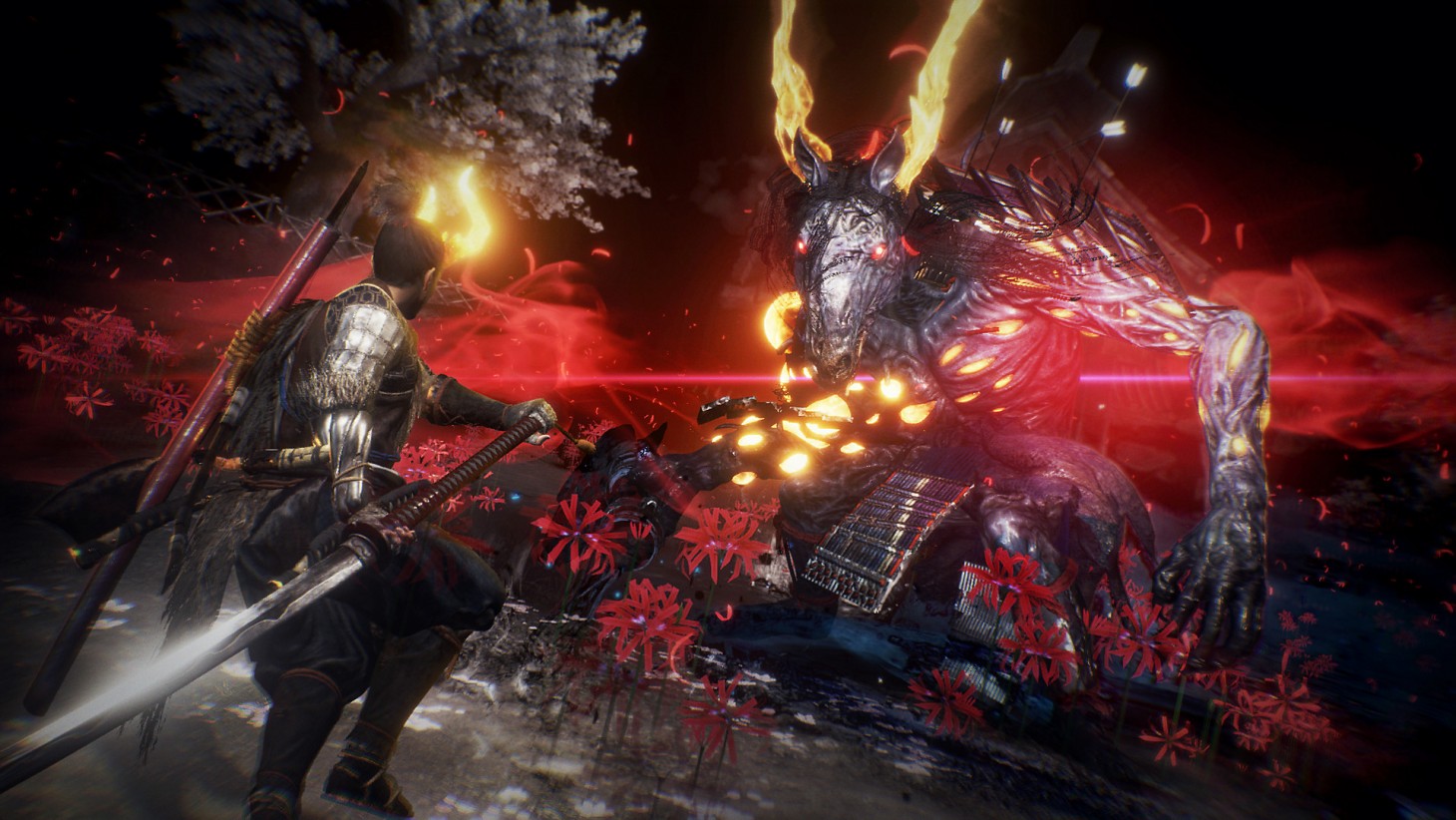 Nioh 2 is an incredibly punishing game where even the lowliest enemy can kill you in mere moments. Through perseverance, precise combat, and careful preparation, you can emerge from a world filled with duplicitous demons and humans. If you love systems and mechanics, your cup is overflowing here as you master elements like guard-breaking to ninja items. But be warned, this teacher is not a kind or cuddly sensei. Nioh 2 can break your spirit through constant, grueling punishments that push you well beyond your limits, but perhaps you have the spirit of the samurai to soldier on and taste victory even when all seems lost.

Deep and highly customizable combat is the shining jewel that carries Nioh 2. You train in a weapon (or weapons) of your choice, determine where to place your stat and ability points for the maximum benefit, and perfect the timing of blows. Nioh 2 introduces new features that add even more complexity to those systems, including the dark realm and yokai abilities. Burst counters are my favorite addition; through masterful timing, you can wait for an opponent to flash red before unleashing a deadly attack, but then turn that move into an opportunity for you to counter and destroy your assailant. Early in the game, you, you dread those red-flashing lethal strikes coming your way. By the end, you’ve mastered the technique and you can’t wait for enemies to try and hit you with a big one as it may be one of your best chances to get in some serious damage. This all makes burst countering a fun way to add variety and prevent you from relying too heavily on your old standbys.

Your gameplay time is occupied by tons of main missions and rewarding side missions that provide skill points, gestures, and extra gear. I had the most fun with optional sub-missions that amount to fast-paced boss rushes, while main missions have a wide range of experiences from passable to maddening. As in the original, you can also take on more difficult missions for bigger hauls and get help from up to two other players. Teaming up with friends is easy, and it makes incredibly difficult encounters much easier, so it’s a great lifeline if you are stuck on a tough boss.

While some games foster a sense of triumph by challenging players, Nioh 2 has a penchant for extracting the ultimate price in sadistic ways. Even the lowliest peasant can kill you with a stray slice of a sword, and many of the levels set up gruesome breadcrumb traps of death that force you to inch forward examining every possible scenario. Rush the first ranged enemy? It has two others covering it from afar, and you should have spotted them and used your rifle first – but there’s also a yokai patrol that can see you if you peek at them, so make sure to take that out first. This type of thing is common, and while it can be satisfying to check every corner before looting an item in the early stages, later on it becomes just a tiresome chore. You don’t have to wonder if something is hiding behind the wall or if something is going to fall from the ceiling; you just know it is, and it’s more fatiguing than inspiring.

Now, that said, you’re still getting treated to a smorgasbord of fun boss battles and awesome customization. Refining your weapons into murder machines, gaining levels and skills, and collecting buckets of loot to complete gear sets is satisfying. Boss battles take a quantity-over-quality approach, with dozens of encounters and erratic difficulty. Some are extremely tough, while others are pushovers that leave you scratching your head waiting for a phase two that never comes.  Despite the inconsistency, I enjoyed many memorable fights among the deluge of “This guy is a samurai with a guardian spirit you probably won’t remember in 20 minutes” encounters.

Nioh 2, like Nioh before it, is an unrelenting and extremely punishing ride that has you weighing every resource available. Despite some flaws, this experience carves you from an unrefined button-mashing flailing pustule into a precision-striking samurai. 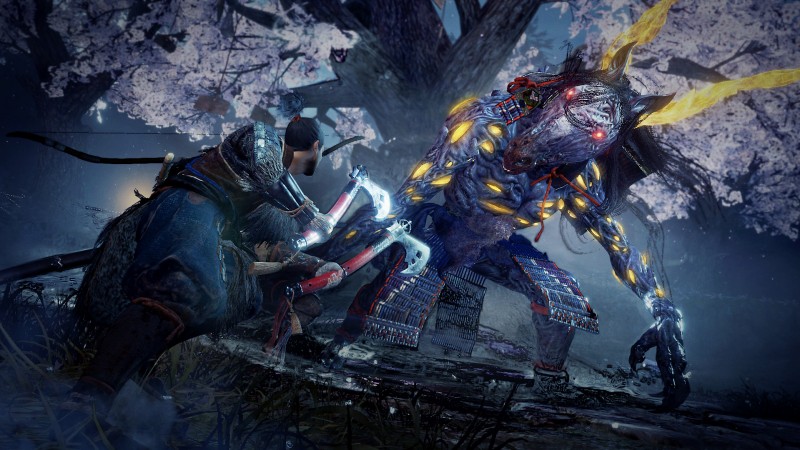 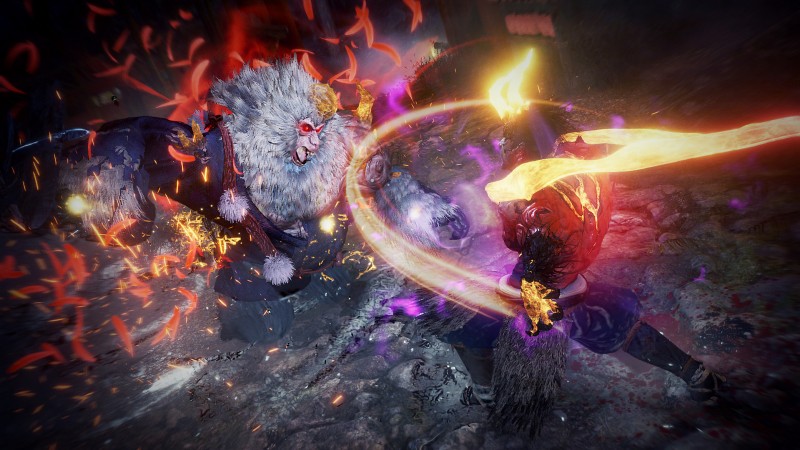 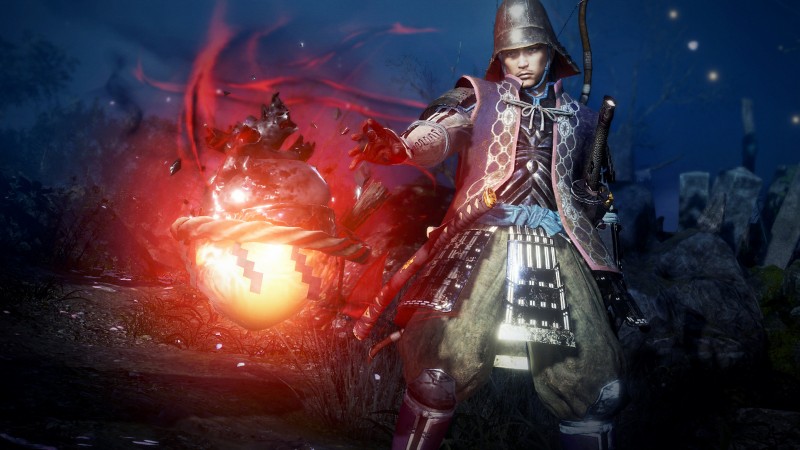 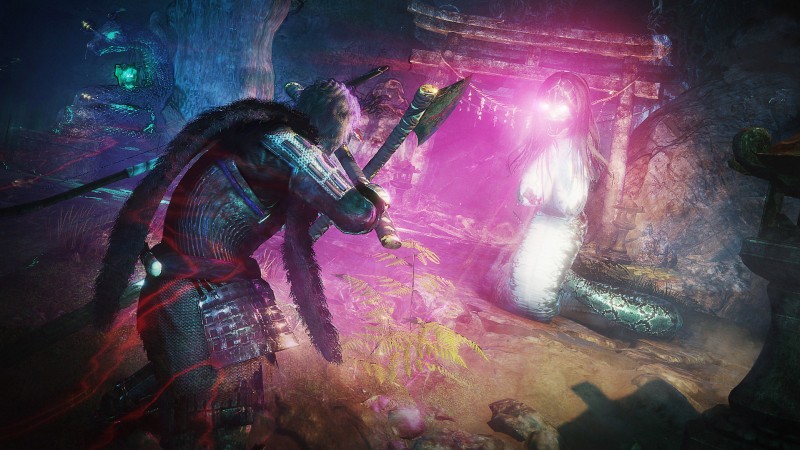 Off
8.5
About Game Informer's review system
Concept
Embrace the demon inside you as you wreak havoc across a fictionalized Sengoku-era Japan
Graphics
Environment variety is seriously lacking, with most of the game falling into mundane browns and grays in castles, villages, and caves. Moments when you’re using impressive abilities look beautiful, though
Sound
While it’s pleasing to hear your rifle hiss before letting loose, most of the audio is completely standard and forgettable.
Playability
With new mechanics layered on familiar gameplay, you must master additional maneuvers to survive. This is an extremely challenging and punishing game that should be approached with some expectation of failure
Entertainment
Offering a host of bosses to battle, challenges to overcome, and massive customization opportunities, Nioh 2 is a tantalizing treat for those with a thirst for serious and sometimes frustrating adversity
Replay
High