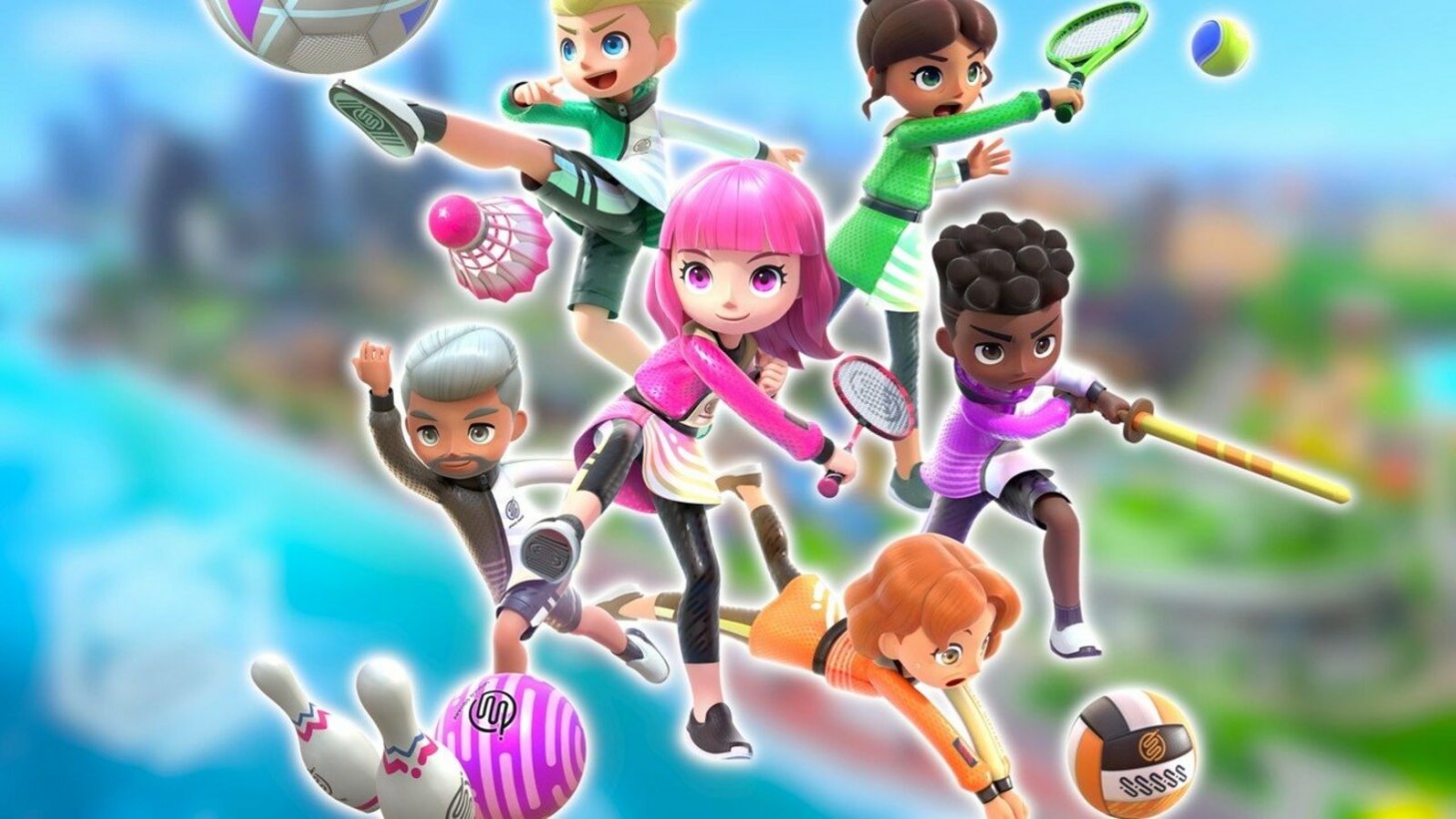 Wii Sports and its Resort follow-up were watershed moments for motion-control entertainment. Sports simulators usually underscore realism. And yet Nintendo’s family-centric approach to the genre imbued a selection of competitive activities with accessible interactions, lighthearted art direction, and catchy jingles. Switch Sports attempts to replicate that magic for a contemporary audience with sleek visuals, minigames that feel distinctive but familiar, and avatar customization coupled with ranked multiplayer. Switch Sports is a slam dunk choice for gatherings, but a lack of mechanical depth and repetitive content make the hand-swinging, leg-kicking thrills lamentably short-lived.

The same can be said, albeit to a lesser degree, for the events scattered throughout Spocco Square. The offerings are geared toward all age groups and proficiencies – some activities require simple wrist flicks or arm strokes, while others are appropriately complex, melding JoyCon movements with button presses. Tennis and Bowling remain impressively polished; powerful slams and obstacle courses add a welcome challenge to the mix. Volleyball is refreshingly team-oriented, emphasizing clear communication to block, receive, or score. Chambara (Wii Resort’s Swordplay) occasionally suffers from finicky inputs but is a sweaty romp, with most bouts amounting to chaotic, sword-clanging flurries. Badminton is my favorite; the floaty shuttlecock forced me to consider timing and shot combinations, leading to some fantastic comebacks and heartbreaking defeats. Conversely, Soccer’s expansive pitch and grueling stamina wheel meant I spent more time trying to catch up to the ball instead of directly interacting with it. Moreover, the leg strap-reliant “shoot out” mode – kick an incoming ball into the net – staled because it lacked the other sports' strategic intensity and exciting hyperactivity.

Switch Sports shines brightest in local and global playlists. Competing against loved ones brings ferocity and hilarity in equal measure. Matchmaking with random players leads to exhilarating battles and gifts currency. Every 100 points, I opened gift boxes and received randomized gear, including multicolored tennis rackets, clothes, and emotes, among many other personalized items. Fortunately, these points come in bunches and are guaranteed regardless of the outcome, encouraging me not to lose hope or quit a match early even if a loss was all but decided. While several vanity pieces were unremarkable – monochrome baubles like silver earrings or black glasses – this simple progression system kept me engaged and eager to dive back into the action. Throw in the Pro League, a ranked mode that unlocks after finishing any sport ten times, and the online multiplayer becomes a proving ground for anyone looking to stand above the rest. I enjoyed testing my might against equally dedicated contestants and attempting to outsmart/outplay them in down-to-the-wire rallies.

With a Golf update planned for Fall 2022, it’s safe to assume Nintendo sees Switch Sports as a worthy successor to Wii Sports. And in some ways, it is. A seemingly endless supply of rotating collectible packs and skill-based intensity makes the game’s online multiplayer dynamic. Even classic sports like Bowling and Chambara are improved with elimination rulesets and charge/twin swords, respectively. However, after a few fun-filled hours, I experienced all of Switch Sports’ playable components and occasionally lost interest after long stints of game time. Switch Sports doesn’t step out of Wii Sports’ long shadow, but it’s still a solid runner-up.

LITERALLY IN A LEAGUE OF YOUR OWN

Switch Sports’ singleplayer is bafflingly hollow. All six events are available, but the reward system is absent. Gratification might come from defeating the CPU on the inconsistent “Strong” or “Powerhouse” difficulties, but don’t expect to receive anything flashy in exchange. As of right now, there are no incentives in place to keep casual players invested in returning to their favorite sports, which is a disservice to a sizeable percentage of the fanbase. 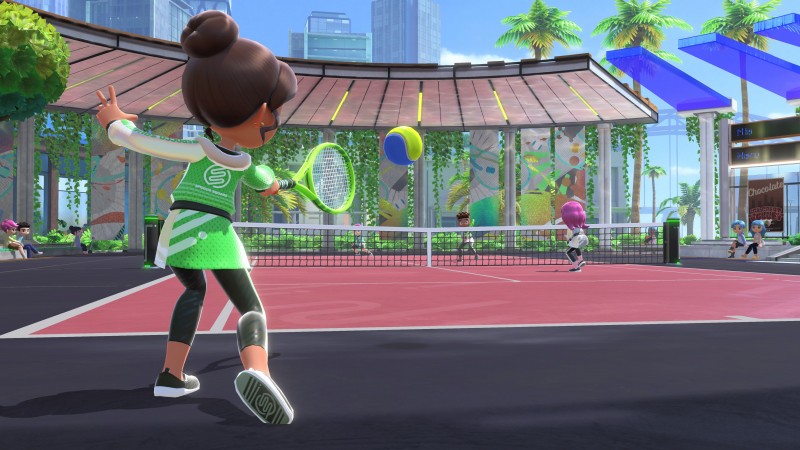 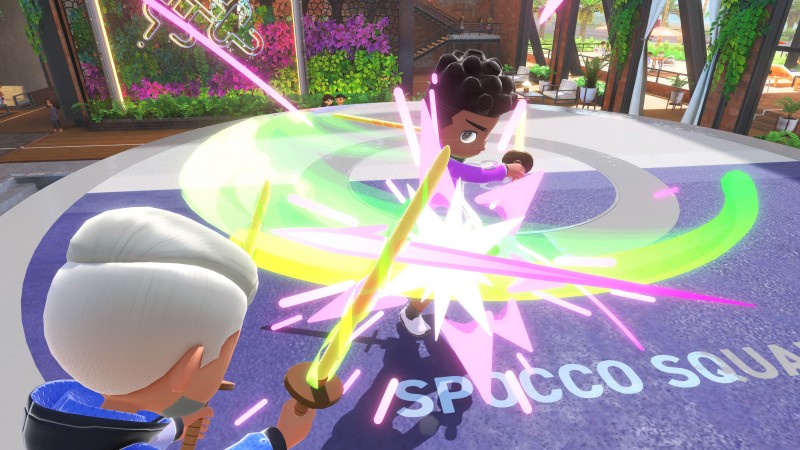 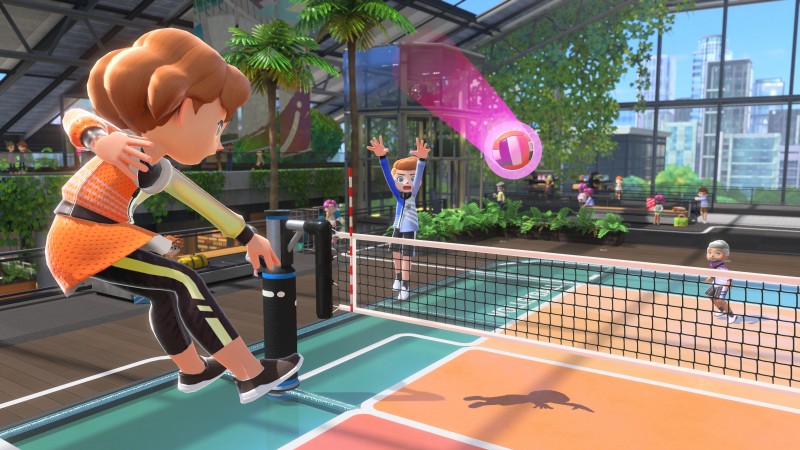 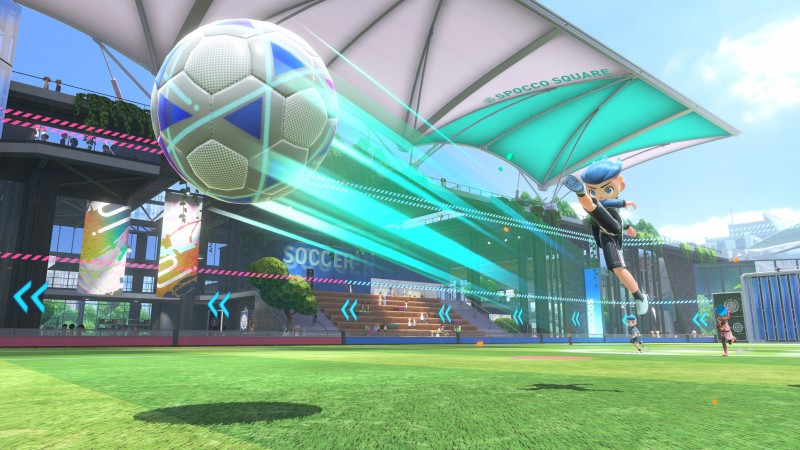 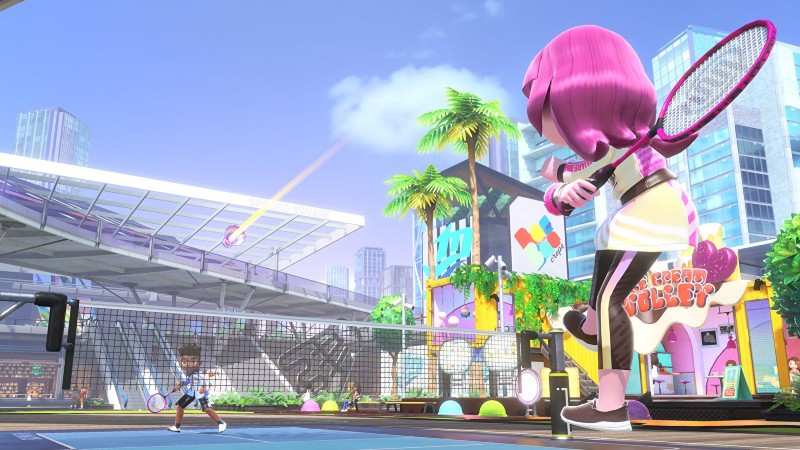 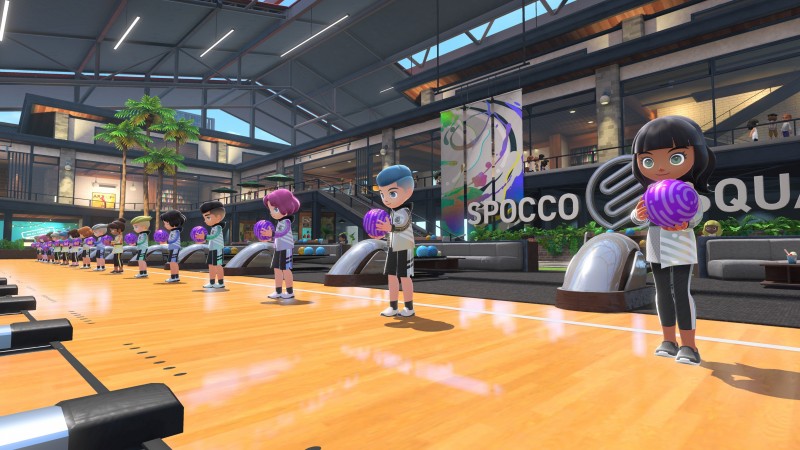 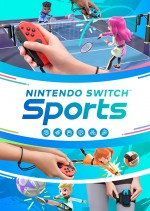