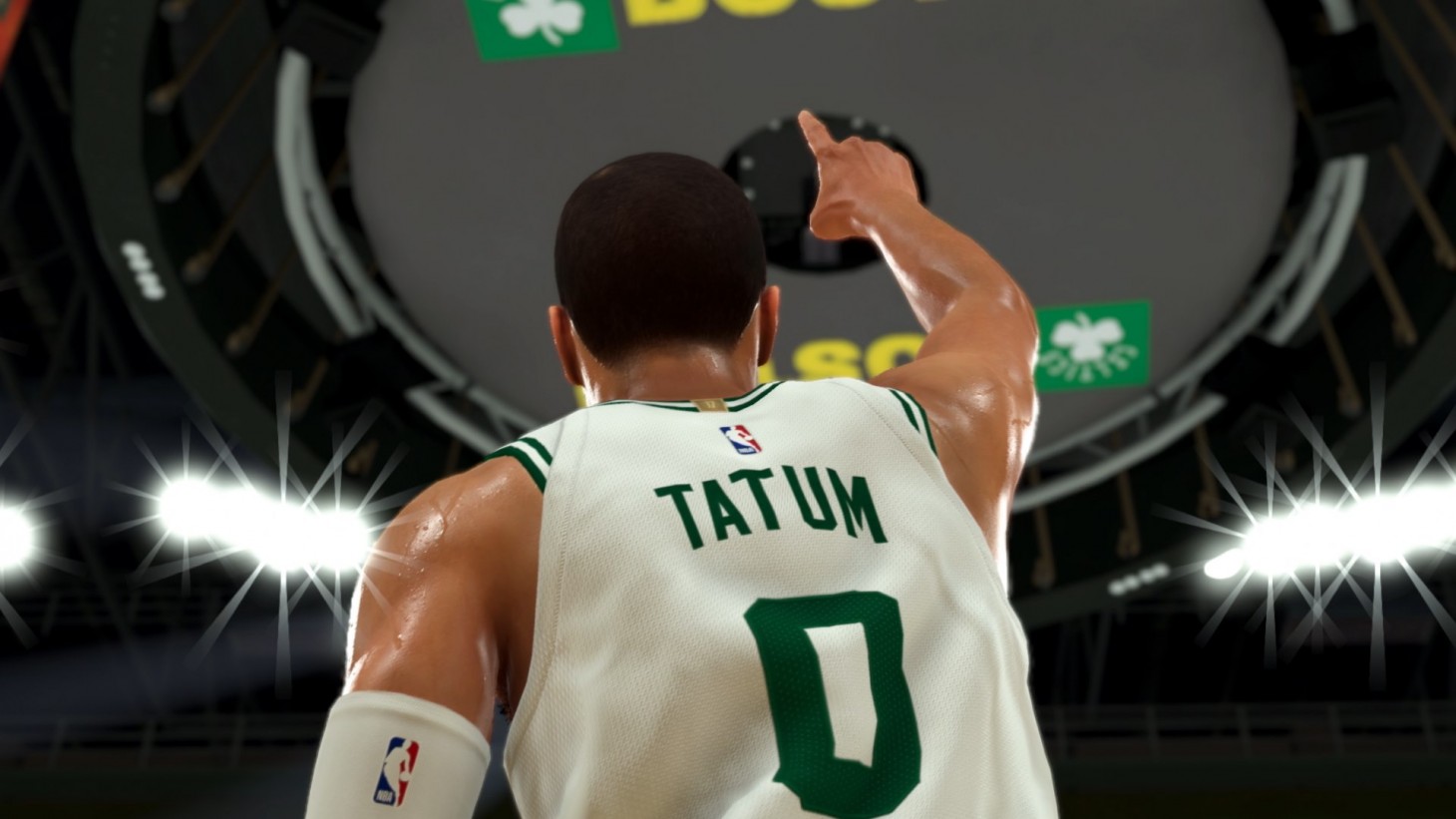 The NBA 2K franchise has gotten so large that it services niche fanbases as much as it tries to appeal to the masses. Some players grind out progress and chase the badge meta of MyCareer, others rebuild the NBA as they see fit in MyLeague, and then there’s the never-ending card collecting of MyTeam. All are rightfully NBA 2K fans and deserve to get joy from their favorite basketball title.

This, however, puts developer Visual Concepts in a tough position because if you try going in different directions at once you risk going nowhere at all. This is nothing new for the franchise, which has not only become the preeminent basketball title, but some argue the best sports title period. Visual Concepts has responded in recent years to this pressure by adding new features to many of its modes. NBA 2K20 does this like its predecessors, but as much as it tries to carry the franchise forward, it is burdened by the past.

A prime example of this is MyCareer, which lets players loose in the open world-ish Neighborhood area to grind their player up the ladder. NBA 2K20 tweaks how you make your MyPlayer, letting gamers choose their hard attribute caps within templates of preset strengths and weaknesses. Your abilities are broken out into the finishing, shooting, playmaking, and defense/rebounding buckets, which also house the all-important badges that confer bonuses.

Grinding to increase your attributes through the VC currency (earned throughout the game and buyable with real money) is a central part of the experience, and although you can create multiple builds, each one starts over at 60 OVR and any VC you’ve earned cannot be re-allocated to the new build. This exposes the illusion of freedom of having different builds in the first place, and given how important having the appropriate attribute levels, badges, and even physical features are in multiplayer, you must choose carefully.

The mode’s grind itself is exacerbated by an infrastructure that needs updating. You still have to wait in real-time for MyPark games and training stations, and there is no matchmaking in the mode. This significantly dampens my incentive to take my lumps against players who may have paid real money for VC to expedite progress.

Thankfully MyCareer also lets players grow through NBA games against the A.I., providing a different outlet for your character. This is bolstered by cutscenes along the way, including the well-done Prelude story put together by Lebron James’ SpringHill Entertainment that advocates players embracing what agency they have in power structures that preferred they didn’t.

MyGM also surfaces the needs of players via the conversation system, but it drags down the mode. The action-point system driving what you can do in a day isn’t interesting when you have to spend it constantly chit chatting with players to hold inane, repetitive conversations about waffles just to keep up their morale. You also have to constantly fend off their requests for minutes. Unlocking GM abilities like training and scouting is understandable, but I don’t like that it’s tied to objectives that might not make sense like signing lots of veteran players at the behest of the team owner. The actual skill tree itself, which is a part of the entire process, is okay but nothing special.

MyLeague is similar to MyGM in many respects, but without the action-point system, and reveals many of the series’ strengths, such as the ability to customize the league in myriad ways via rules, rosters, and the teams themselves (including adding historic ones), as well as the analytics at your disposal. These are the kind of franchise options that few sports games deliver. The series adds the WNBA for the first time, although this is just for a single playable season and in Play Now.

NBA 2K20 also comes through in the gameplay department, allowing individual expression within a team dynamic. Pulling off fancy dribble moves isn’t hard, but passing the ball around, running plays, and putting it all together at the right times to generate space to sink shots is a deep, satisfying path to consistent scoring. Although the low post area can be a jumble of animations, the game adapts well to your commands with branching animations that give you the flexibility while driving to the basket to reroute your path or pass the ball at the last second to an open teammate.

Playing defense is just as important, and I appreciate the fine line between success and failure in contesting shots and the physicality of trying to get in front of the better players so they don’t just blow by – although I haven’t mastered the timing of boxing out and rebounding.

At launch the game has had problems, such as MyCareer players not being awarded earned progress, and MyTeam single-player Triple Threat challenges not being accessible (at least MyTeam’s overall progression isn’t bad). These kinds of hiccups are usual for Visual Concepts, and partly prove that the NBA 2K series – as strong as it is in some areas – needs to keep working. 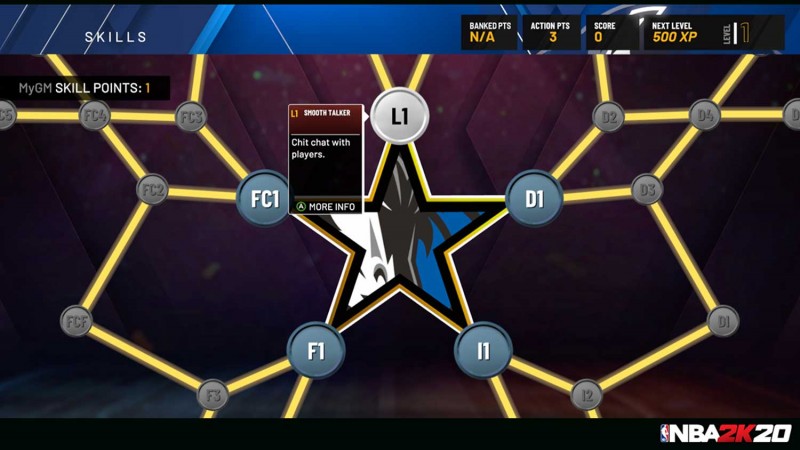 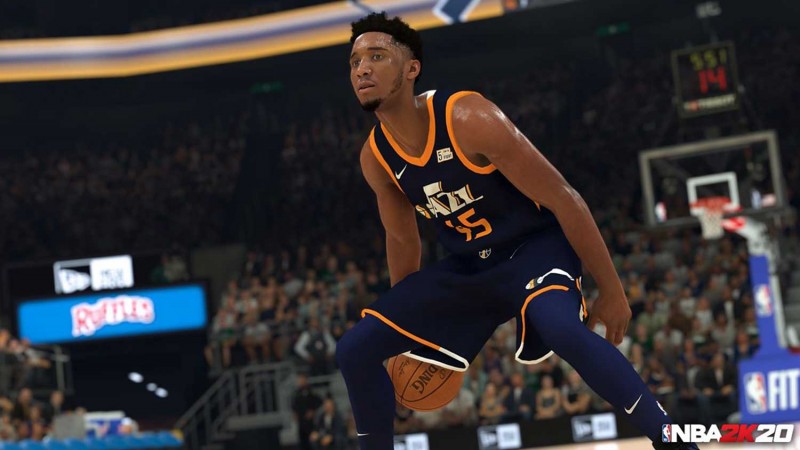 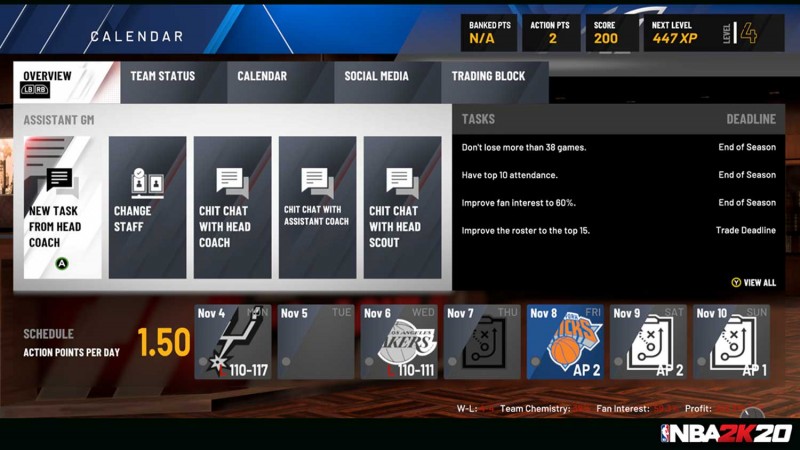 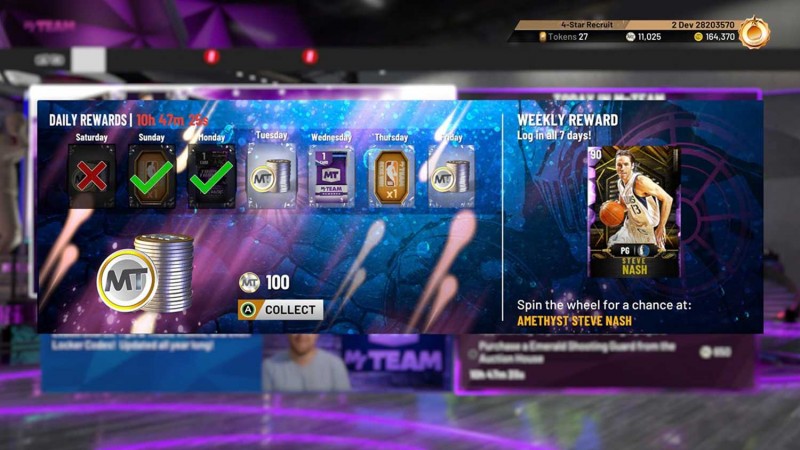 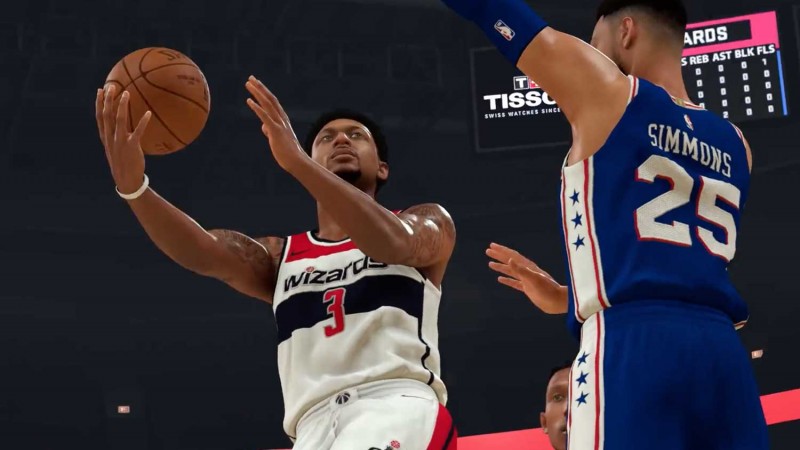 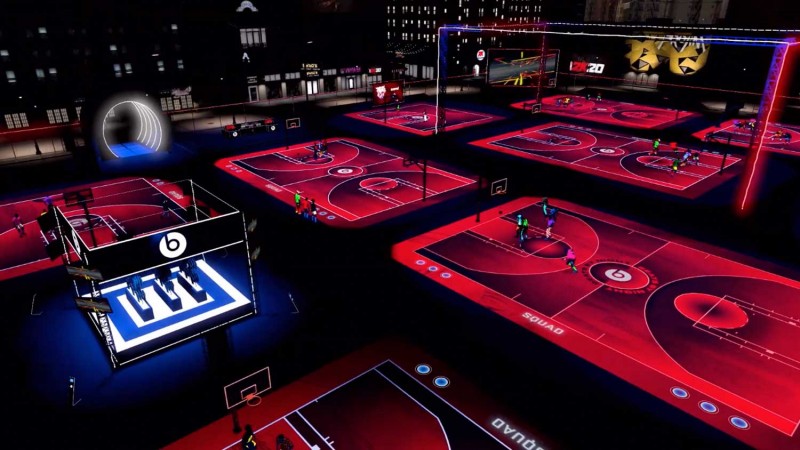 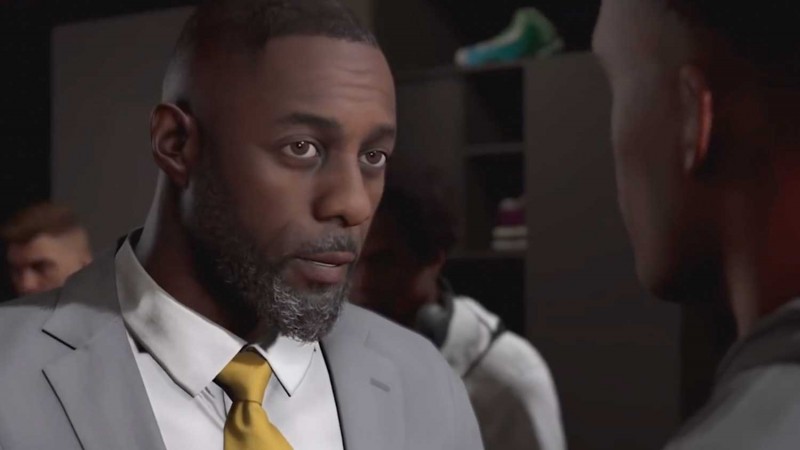 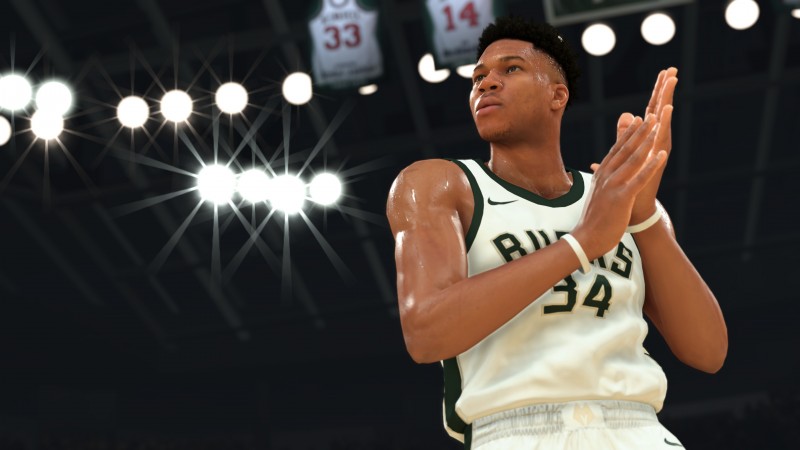 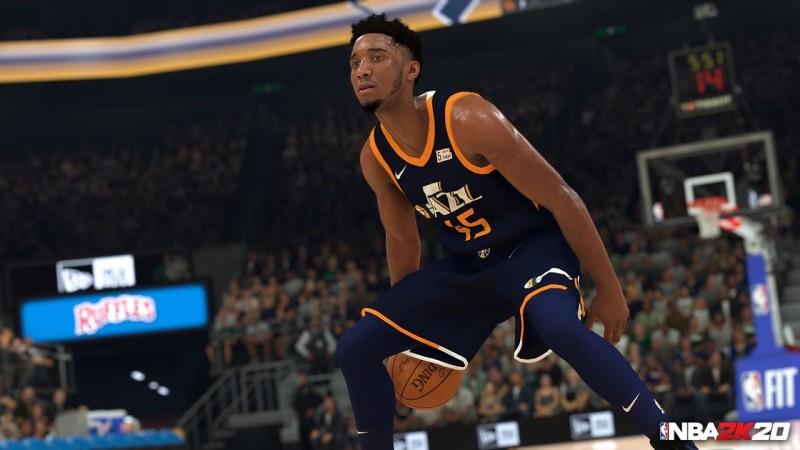 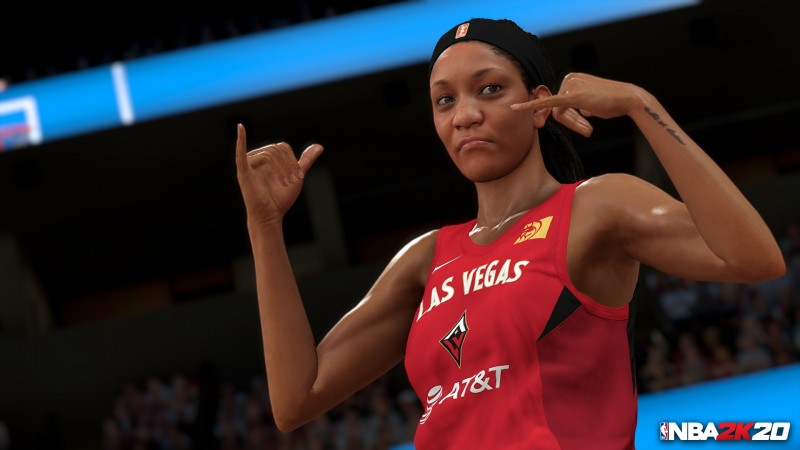 Off
8.5
About Game Informer's review system
Concept
Keep delivering on the gameplay front and the overall strength of its League structure while inadvertently reinforcing how MyPark needs significant changes
Graphics
A nitpick of an otherwise gorgeous game: Sweat only comes in one flow – heavy-duty
Sound
I love having multiple commentary teams, and I appreciate that they callout substitutions during timeouts
Playability
The controls easily accommodate a surprising amount of actions, letting you concentrate on what’s actually going on instead
Entertainment
There’s a lot to chew on in this game, good and not as good, but thankfully the gameplay delivers
Replay
Moderately High