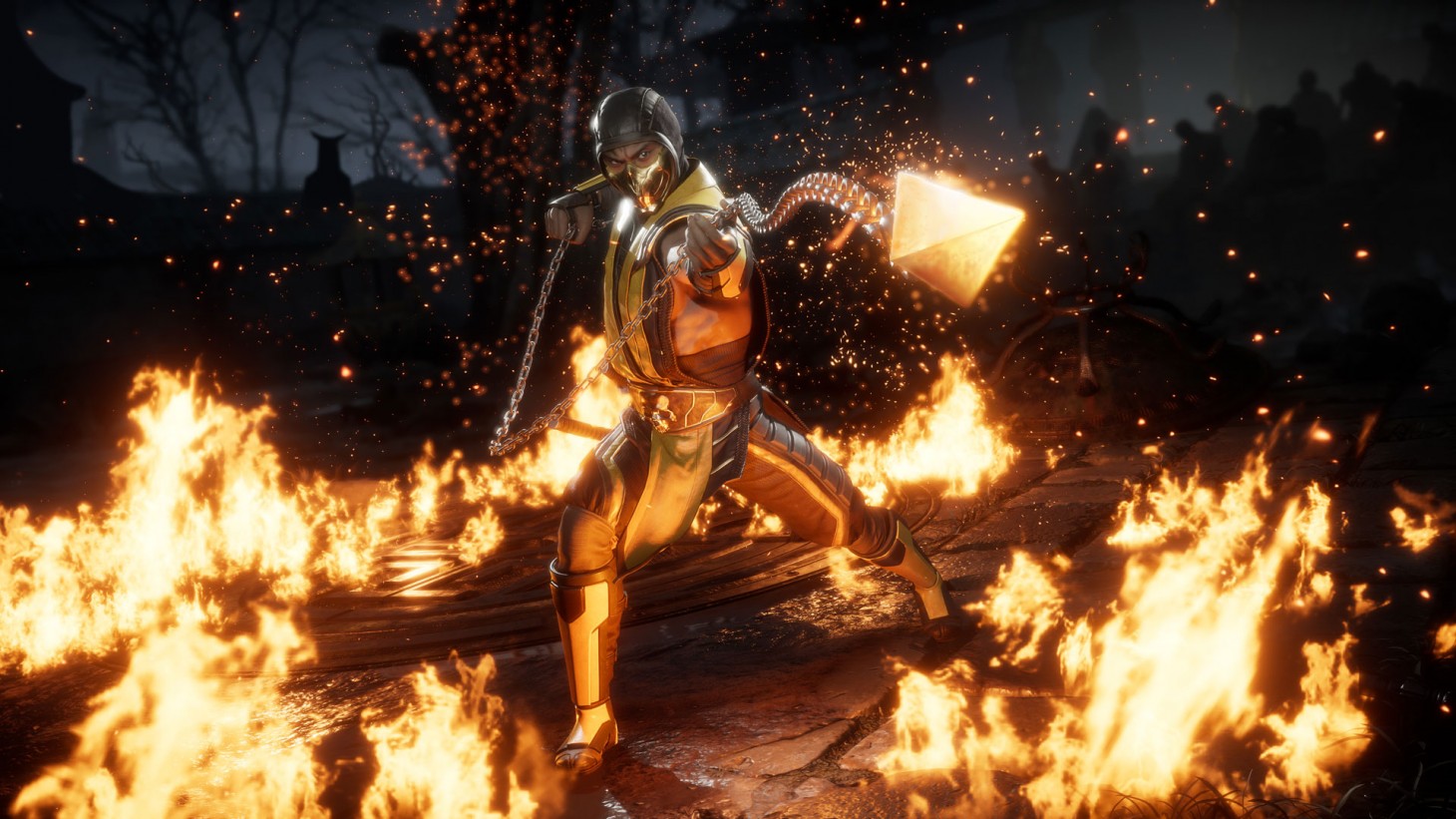 In each new Mortal Kombat installment, we look on in horror as combatants are dismembered, mutilated, and devoured in disturbing and comedic ways. Even when their bodies are reduced to unrecognizable heaps of flesh and bone, most of these characters find ways to bounce back into fighting form for a sequel, making it seem like the war between realms will never end.

Mortal Kombat 11 repeats this bloody dance, and is even more ridiculous in its narrative setup than previous entries. A new character named Kronika is messing with the timestream and wants to rewrite history, so characters don’t just kill their enemies – they also kill the past versions of their enemies. The champions of each realm are divided; good guys turn bad, bad guys stay bad but unite with their past selves to do even more ambitious bad things, and all kinds of glorious chaos erupts. Key characters die, some come back from the past, and it all ends up being a hell of a ride. It's silly in the best ways.

This time-travelling narrative is sharply written, offering a number of clever era-specific jokes, such as an older and wiser version of Johnny Cage having a serious chat about decency with his younger self. The story also slows down to have heartfelt moments, and I’m not just speaking about a freshly squeezed heart beating in someone’s hand (although that does happen). This dramatic tale is huge in scale, powerful in its surprising twists, and appears to be written with the words “The End” in mind. This story delivers a legitimate conclusion to the saga. If another sequel ever come to fruition, it will likely begin from a clean slate. NetherRealm Studios does a nice job of wrapping up character arcs and bringing this epic battle to a close.

The concept of retreating to the past dovetails into the combat, unlockables, and modes. Plenty of modern ideas are woven into the combat, like customizable move sets and gear to level up, but the flow of the battle hits more of a classic Mortal Kombat tone. Characters generally move faster than they did in Mortal Kombat X, but the removal of the run button results in a slower and more nuanced fray. Creating combos and managing space are still at the heart of combat, but new offensive and defensive meters offer up strategic choices mid-fight, such as cashing in energy to amplify a special move. Using Crushing Blows to increase damage based on meeting certain conditions is another strategic layer. If you’re on the verge of death, a powerful last gasp comes in the form of the ridiculously violent Fatal Blow (replacing the X-Ray move), which chips away at your enemy’s health as their body is shredded. The Fatal Blows are a little too long, but increase the tension and can give you a shot at a match that may not have started well.

The combat absolutely hums, and NetherRealm does a fantastic job of communicating every little facet of it through extensive tutorials. The idea of spending time in tutorials may not sound fun, but they are excellently crafted and break down everything from frame data (how long it takes to start a move) to character-specific lessons (like teaching you how to master Scorpion’s Hell Port). Spending 15 minutes in them for your character of choice will help you immensely, especially in figuring out which moves you bring into battle. Being able to customize your move set is an awesome addition that gives you ownership over your characters.

Finish a tutorial and you may get a new costume for that character. Complete a Tower of Time and you could be showered with coins, consumables, and augments. Players are rewarded for almost every action they make in Mortal Kombat 11, but the gathering of goods isn’t satisfying most of the time. The vast array of unlockables ends up being a problem considering how low the odds are of getting what you want. Most rewards are hidden in chests that offer a random selection of stuff. Not all chests are random, but most are. You are at the game’s mercy, hoping it delivers something of note for a character you use. On one hand, you can sink a ridiculous number of hours into this game and continue to earn new things. On the other hand, if you just want to unlock gear for Sonya Blade, it’s a crapshoot with terrible odds.

The chests you open are all located in the Krypt, a sprawling maze that you explore from the third-person perspective. Just navigating the Krypt can be confusing, but you encounter a number of interesting (albeit simple) puzzles along the way, and I love the nostalgic trappings (like Goro’s Lair, complete with the corpse of the big guy). The Krypt is a fun little game in itself, pushing you to hunt down items to progress. As you do this, you come across those damn chests. One chest may require 6,000 coins, another demands 250 hearts, and a third 100 souls. The abundance of currency types is an annoying aspect that needlessly dilutes your earnings and leads to far too much grinding. Even if you get a mask you want for Sub-Zero, you may not have augments that fit it, which requires more grinding.

NetherRealm fully anticipated this, and incorporated Injustice 2’s A.I. battle systems to allow players to earn stuff without even touching the controller – but only five times per day (outside of their general use in the Towers). This is completely optional, but oddly, some character skins can only be unlocked through A.I. battles, which again offer random rewards. Pushing you to earn rewards by having the A.I. play the game for you is a bad idea. 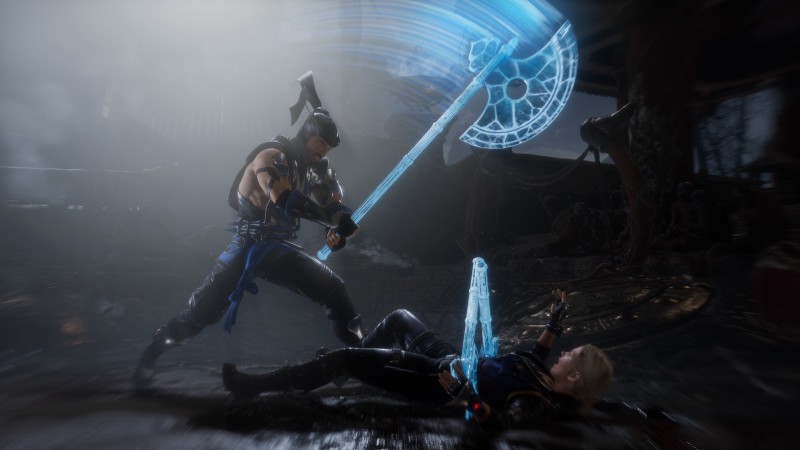 You have no easy paths to the loot you want, unless those items show up in the premium store. This marketplace uses its own currency type that is doled out in minimal quantities, but (you guessed it) can be obtained in bulk with real money. The entire loot system has a disgusting feel to it, which is a shame because the combat and variety of challenges are damn good.

The Towers of Time embrace more of an old-school design (in showing you exactly what you’ll be rewarded most of the time), and deliver rotating challenges over the course of a day. You just have to move quickly to get what you want before the Tower disappears. The challenges in the Towers are good fun, and throw different fighting conditions at you in each match. In the first bout, an opponent may summon Kabal to lend a hand for a hit or two, and the next match may take place in an arena with fire shooting out of the floor. To overcome the increase in difficulty these fights bring, you can use consumables to create combat augmentations of your own, like giving your punches electrical properties, or the ability to recover 50 percent of your health. The challenges can be a workout, but they offer an incredible amount of depth and are legitimately enjoyable to play. Sadly the consumables you use are gone after one use, so you have to ration them.

The Towers also reward you for finishing matches with Fatalities and Brutalities. I can’t emphasize just how violent and crazy these finishers are. NetherRealm clearly put a lot of thought into making them as ridiculous as possible, and you can’t help but laugh at just how over-the-top they end up being.

A variety of versus modes are offered for offline play, and you can also battle online casually, in private lobbies, or in ranked matches. The online play was mostly stable, but I did run into matches that were nearly unplayable due to my opponent’s terrible connection. I also ran into a few instances where I would be kicked out of modes (even the Krypt) when my online connection was lost.

Mortal Kombat 11 may have loot issues, but the combat has never been more rewarding. You can finish the entertaining story mode in one sitting, but getting the gear for the character you want could end up being more of a time-stealing tale than the one the game tells. 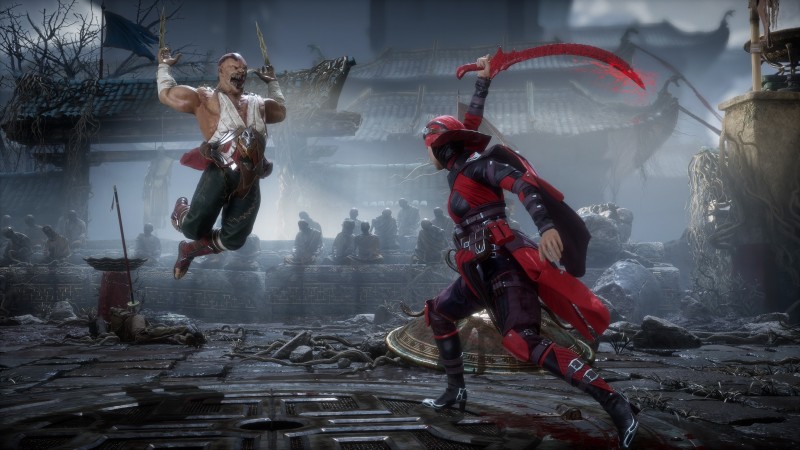 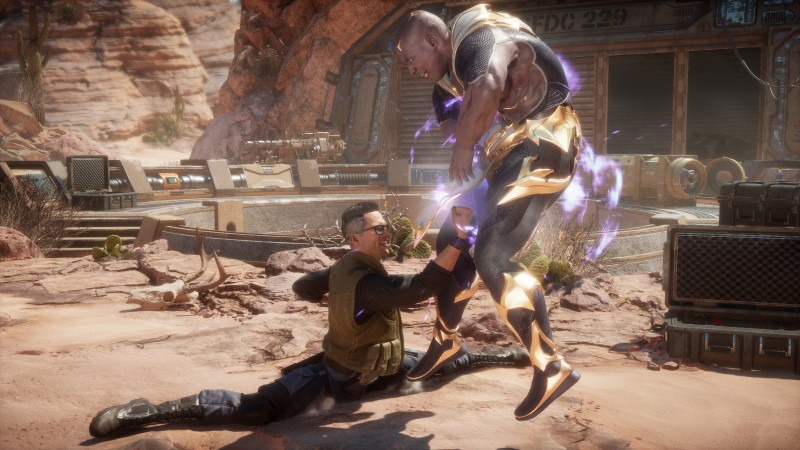 Off
8
About Game Informer's review system
Concept
The past and present unite to create one of the deepest and most satisfying Mortal Kombat experiences to date
Graphics
We used to gawk at the blood and gore, but Mortal Kombat 11’s eye-stealing qualities are the detailed facial animations and colorful backdrops
Sound
Ronda Rousey doesn’t click as Sonya Blade, but most of the voice work is solid or appropriately campy. The sounds of violence and agony may also be a little too good
Playability
Signature Mortal Kombat special moves and combos with customizable move sets and plenty of challenges to complete. The flow of combat is fantastic. Easily the best playing in the series
Entertainment
Most of the content is amazing and fun, but the loot issues and microtransactions come close to being a self-inflicted Fatality for NetherRealm
Replay
High