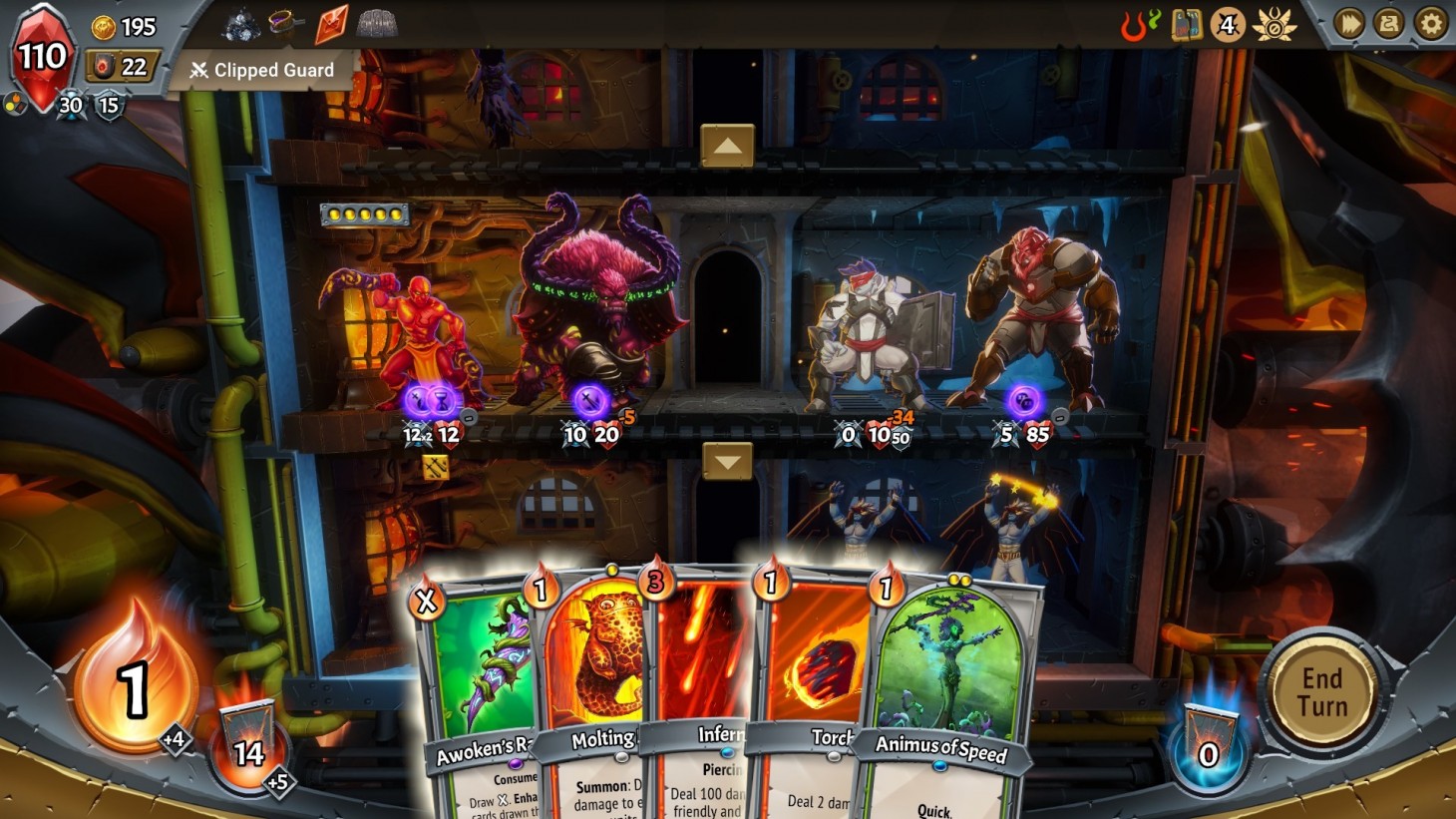 Monster Train Review – Delightfully Devious Deckbuilding
by Daniel Tack on May 27, 2020 at 02:34 PM

Monster Train owes much to Slay the Spire for popularizing the roguelike deck-builder RPG, both at a high level and in some of its features and mechanics. But don’t dismiss Monster Train as a mere clone or derivative work like so many other games today attempting to capture the deck-building magic.

In Monster Train, your mind goes into overdrive like a locomotive ripping through hell as you determine the most decadent, degenerate combinations of cards and combos. At first, the experience is an easy task that requires little effort to complete, but subsequent runs and customization unlocks add serious complexity to the mix, making Monster Train a game that makes hours – even days – melt away in a masterful moment.

The action all happens on a three-story train, where enemies come in on the bottom floor. If they make it to the top, they bash your life points away. When your life points are gone, your run is over. The goal is simple: through a variety of monsters and spells, stop them from stopping your train. Some bosses are the same every time, but they come with a different mix of abilities and cronies that help keep things feeling fresh.

Different selectable factions form the basis for your decks and champion each run, consisting of core cards and an upgradeable leader. While you can liken some of them at the base level to mage, healer, or aggressive melee archetypes, there's a lot more going on here. Each faction plays quite differently, and you combine two different factions in each run to determine your spell, monster, and artifact pools. These synergies lead to a ton of fun experiments, and each faction feels unique on its own as well. From the candle-creatures that boast incredible power but burn out over time, to the umbral race that feeds upon little morsel-monsters that look like they escaped the forges of Spirited Away, the choices are distinct and a blast to concoct curious alchemy with.

You can weed out unwanted cards from your deck as well as add and modify new ones. Combining your cards with artifacts that have persistent global effects can make or break a run, like an object that randomizes the play cost of all your cards, potentially letting use your high-cost options for free. Each little synergy you discover is a joy, and then putting multiple concepts together to tackle a high-difficulty run is incredibly satisfying, stacking many layers of strategy on top of each other.

However, runs can start to feel too much the same after you discover the various ways you can break things extra hard by stacking multi-strike effects or armor incantation. On the mega difficulty modes, you are forced to seek out the most brutal and broken combos each time, and although the core bosses change a bit, the game can feel like you’re simply playing against yourself and some randomization each time instead of any real enemy. 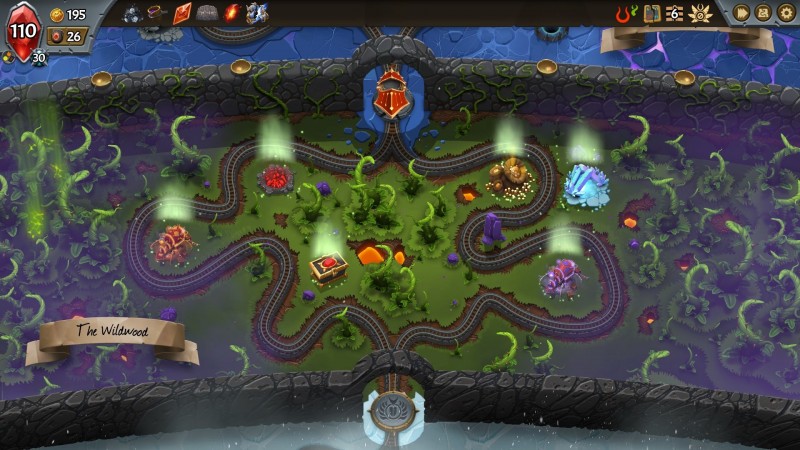 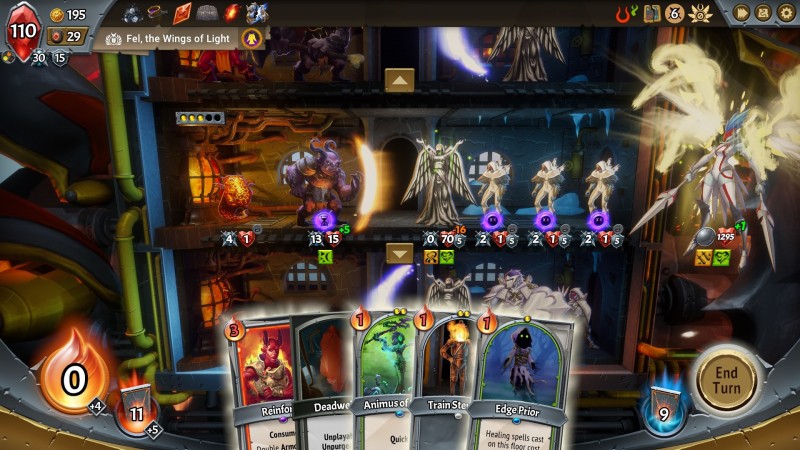 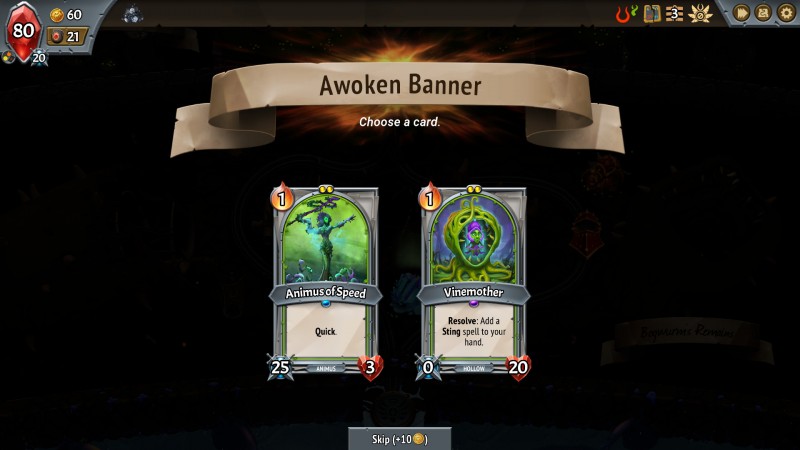 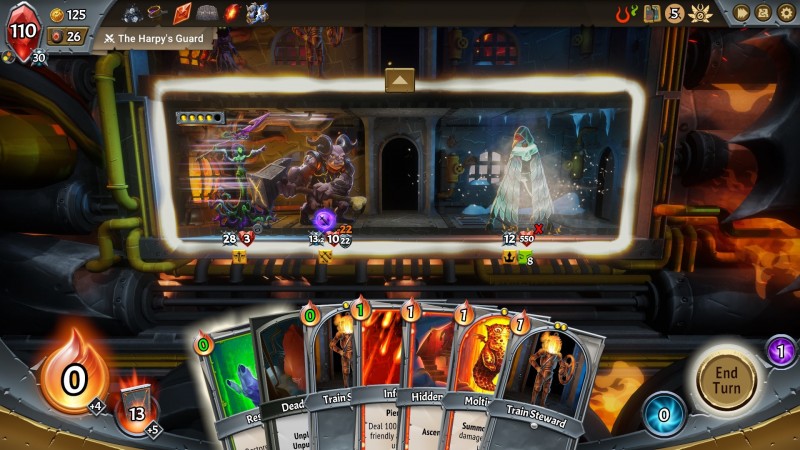 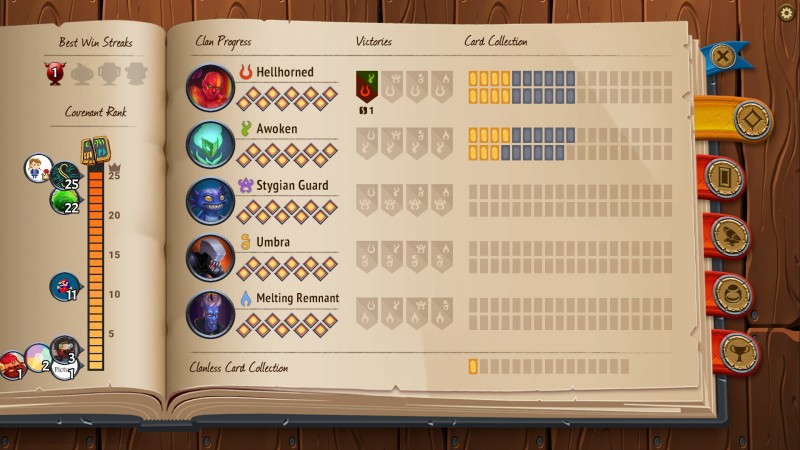 Off
9
About Game Informer's review system
Concept
Steer a train into the depths of hell to reclaim it from the forces of heaven
Graphics
Animations and assets bring a surprising amount of life to waxen combatants and overgrown vine monsters
Sound
A stirring score keeps your mind chugging along with the train as you ponder your turns
Playability
Easy to pick up and understand, with considerable complexity for players who want to dive into progressively more challenging runs
Entertainment
Monster Train may seem simple at first, but hours melt away with disturbing ease as you attempt to break the game – then break it even more as the challenge rises
Replay
High