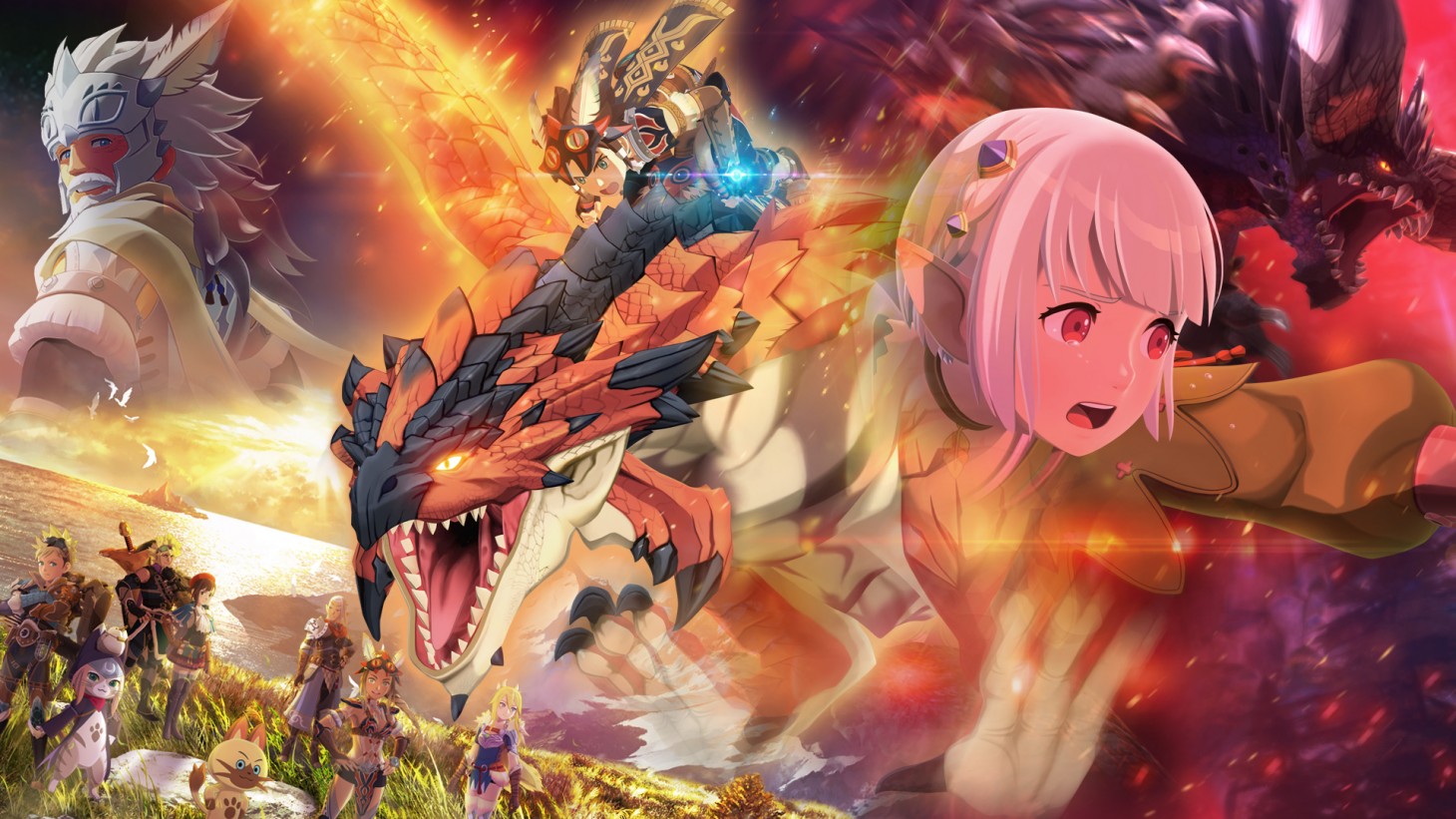 The mainline Monster Hunter series has seen a number of quality-of-life changes in recent years, but even with those changes the series is a tough sell for newcomers. On the other hand, the sequel to 2017’s Monster Hunter Stories might be the perfect on-ramp for those who want to start hunting. In Monster Hunter Stories 2: Wings of Ruin, Monstie riders are people who create bonds with monsters, entrusting them to fight alongside them in battle. The Stories series has a greater focus on narrative and monster collection, and it converts the epic monster confrontations into turn-based RPG battles, though players can still expect plenty of the franchise’s signature strategy and planning.

The Stories series differs from games like Monster Hunter World or Monster Hunter Rise in that the action is contained to strategic turn-based battles which wonderfully translate the franchise’s hunting experience. Combat has rock-paper-scissors rules where you and your Monstie counter enemy attack types, choosing between speed, power, and technical attacks. Learning a monster’s attack types is the key to surviving, as well as learning which weapon types affect each part of a monster. Veterans of the Monster Hunter series will already be intimately familiar with the ins-and-outs of this system, but Stories does a great job explaining the finer points to newcomers. Your character is the only fully controllable party member, but Stories makes that work. Monsties act on their own by choosing their own attacks and skills in battle, unless you tell them to use a specific skill. Whether I’m switching weapons mid-battle, doing a quick-time event, or targeting parts of a monster, I always feel like I have something to do and I’m making a difference in the battle. Kinship Skills are basically super attacks which allow you hop on your Monstie’s back and unleash awesome, flashy attacks that bring a lot of fun moments to battles and show off each Monstie’s full personality and power.

Monsters are really the star of this show, and Wings of Ruin brings along a lot of series favorites to fight and collect. Of course, the series’ mainstays of Rathalos, Nargacuga, Diablos, and Urugaan are here, but so are some offbeat monsters such as the bright yellow and orange lemur-like creature Kecha Wacha and my favorite toothy pale creeper, Khezu. I love how much of Stories feels like an alternate take on a traditional Monster Hunter but keeps your character’s main form of progression tied to their gear. Defeated monsters drop items which can be used to craft rad looking weapons and armor, all of which have their own special properties. While experience and character levels factor into your success in combat, gear is the biggest difference maker. I enjoy pinpointing which monsters to target in the wild to create the next piece of gear to help me beat bigger foes, though having the right Monsties at your side is also important.

Monsties aren’t caught in battle but collected by hatching eggs taken from nests in monster dens. You don’t need to defeat a monster to collect eggs but besting monsters in battle can cause them to retreat to their den, almost guaranteeing an egg discovery. A den’s rewards are great, which makes venturing into them seem exciting, but these areas are mostly empty, dull, and repetitive, making the process of gathering eggs tedious.

One of the coolest aspects of Stories 2 are genes that give players the ability to tweak Monsties in fundamental ways. Each Monstie can have a total of nine genes that give different stat boosts or special moves. Genes can be transferred from one creature to another to give Monsties attacks or elemental properties they wouldn’t have otherwise. I loved making wild, unique, and even funny combinations like an Anjanath who slams enemies with ice attacks or a Tigrex that farts toxic gas. This system was also helpful in eliminating weaknesses in my Monstie party by rounding out their potential attack types or empower existing ones. Gene manipulation can greatly extend your time with Wings of Ruin, especially if you’re looking to throw down against other riders and Monsties in competitive multiplayer battles.

Multiplayer has some fun ideas, but It’s a bit limited in scope. You can play with friends or random people online in two different ways. First, are head-to-head battles where you can put your genetically enhanced Monsties to the test by facing other riders in one-on-one or four-player team battles. Coop quests let you take on monsters and explore dens with friends. You won’t be running around the single-player world map, but instead areas designed like dungeons. Players are able to take on monsters side-by-side, emulating the battle buddies who travel with you in the main scenario. Co-op missions lack variety at this point as there aren’t many quest options to choose from, but I do like the option to spend some time collecting eggs and taking down monsters with a friend.

Your character, the descendant of a legendary rider named Red, travels alongside Navirou, a talkative feyline, and Ena, a Wyvernian with connections to Red. Their goal is to uncover the secrets of a special Monstie you inherit named Razewing Ratha who is said to hold the power to bring ruin to the world just by flapping its wings. Your journey takes you through golden fields, snowy mountains, vast deserts, and molten volcanos, each with their own roaming monsters to battle and collect. Each area has a hub town where you can craft your gear and collect quests for additional money and resources. This narrative starts with a bang but quickly hits the brakes and doesn’t pick up again until the back half. Much of the story revolves around the responsibility of having Ratha’s immense power at your side, and how it isn’t inherently good or bad. Some of those moral lessons fell flat for me, and I don’t find many of the early flashbacks for some of my partner characters engaging. Stories 2 is at its best when dealing with the conflicts in the present, whether that’s a goofy scenario involving Navirou or the incredible action centered around Ratha and the mysterious glowing pits of energy spread across the land.

Monster Hunter Stories 2: Wings of Ruin’s story might not light the world on fire, but it’s a fun experience that can acclimate new players to the great elements of the Monster Hunter series. Combat encounters are full of rich strategy, and Monstie collecting and gear customization kept me coming back even after the credits rolled. If you’ve been curious about Monster Hunter, but feel intimidated by the main series, Stories 2 might be just the entry point you’re looking for. 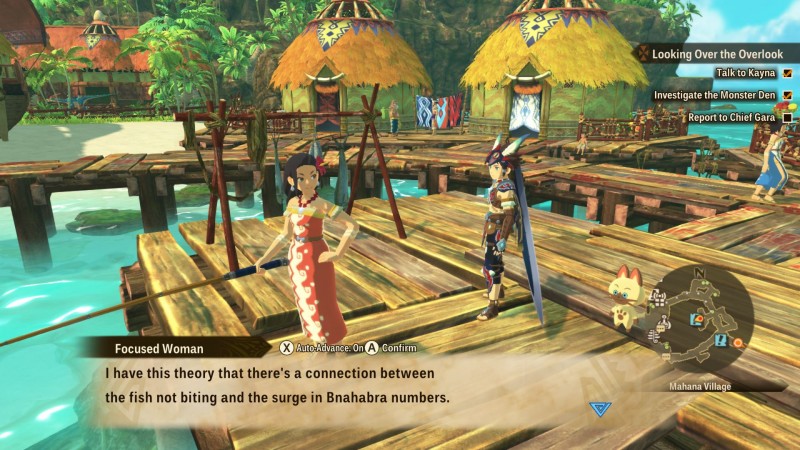 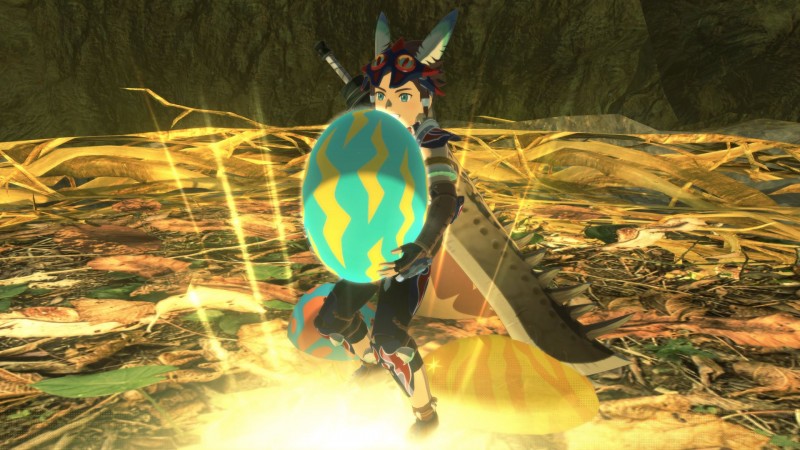 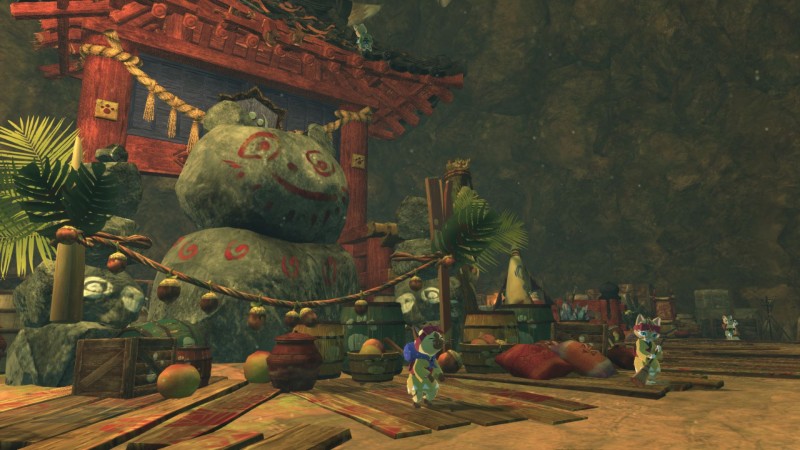 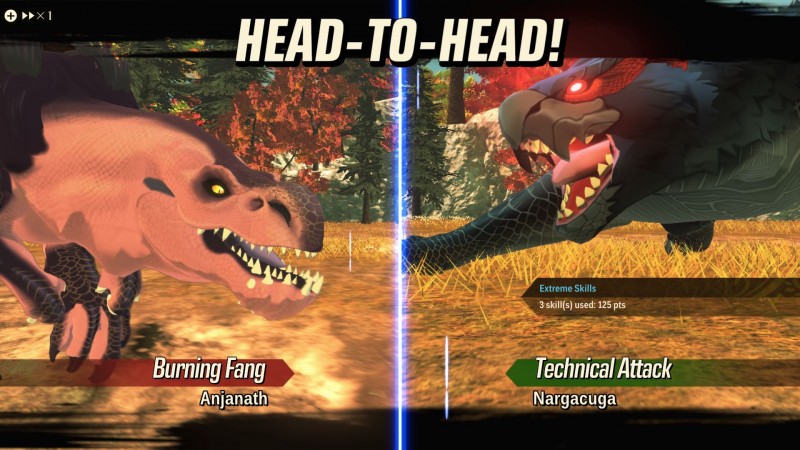 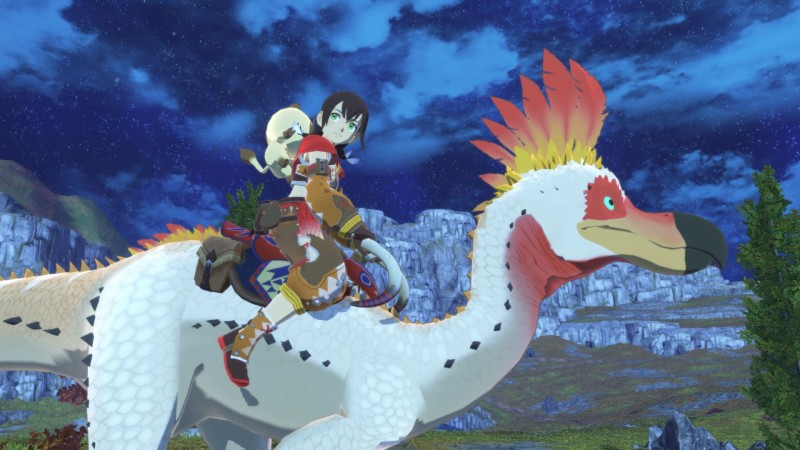 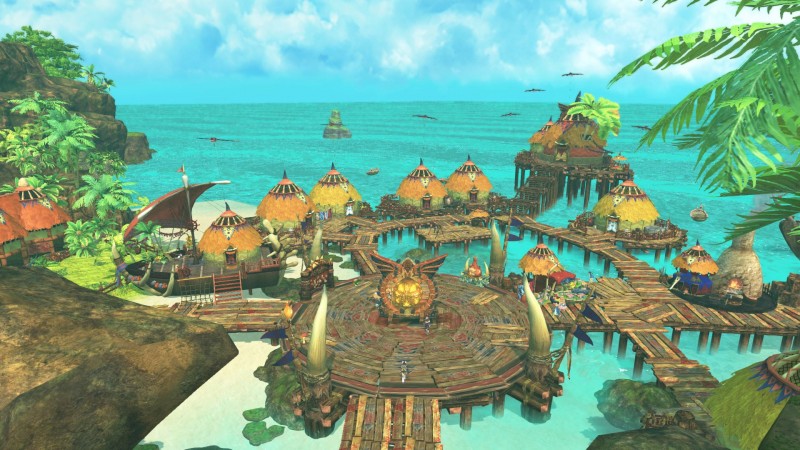 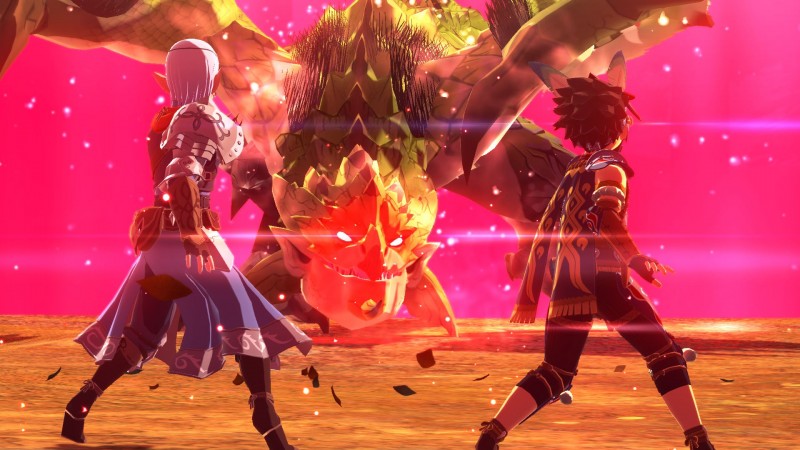 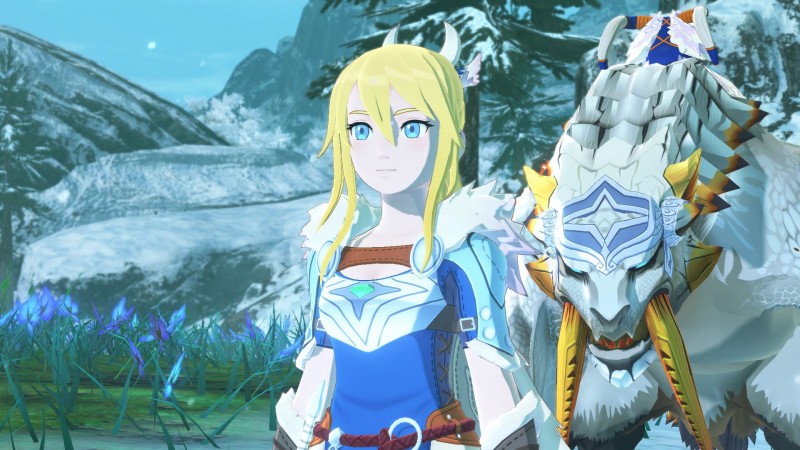 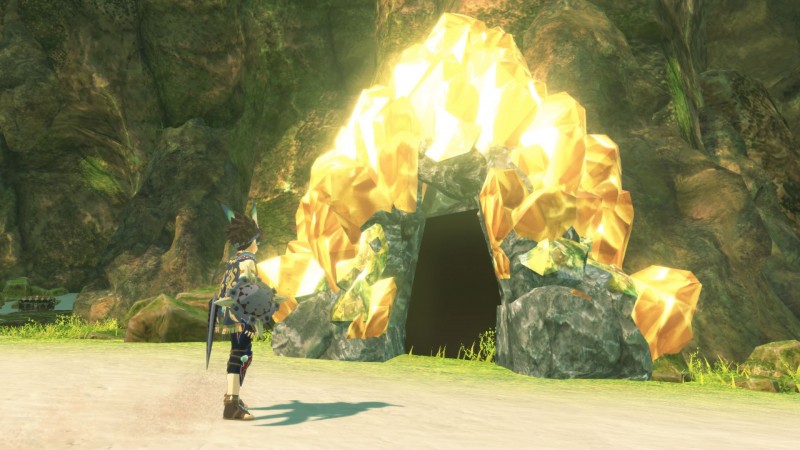 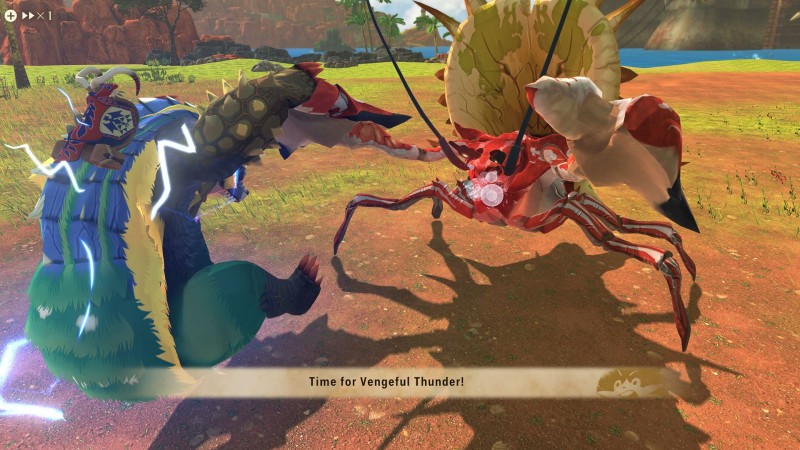 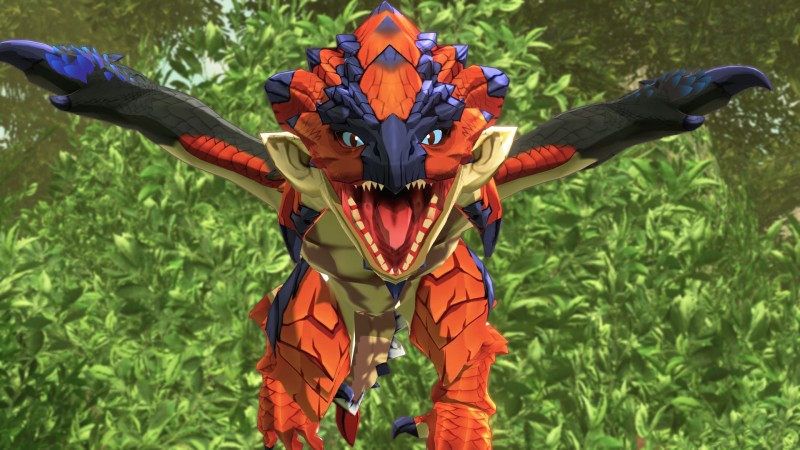 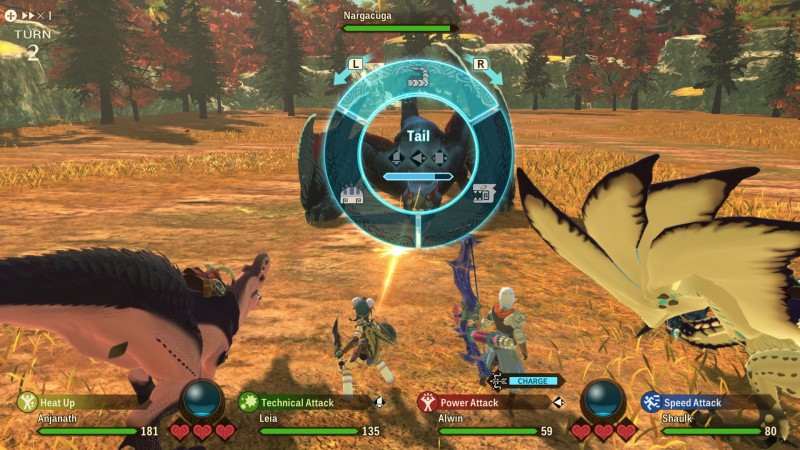 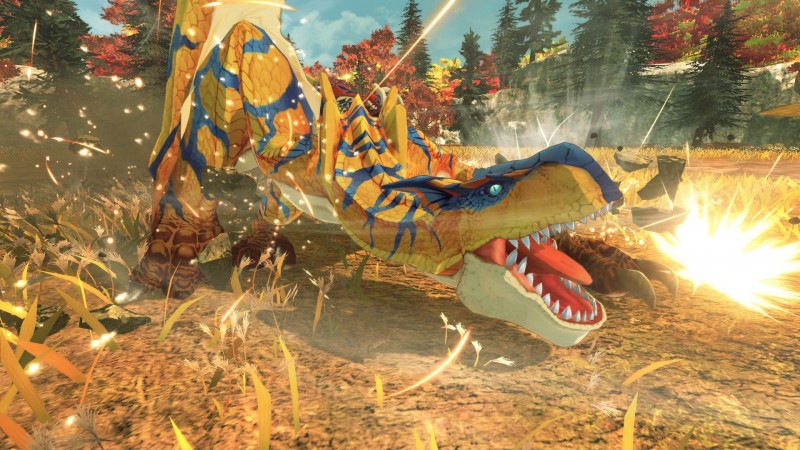 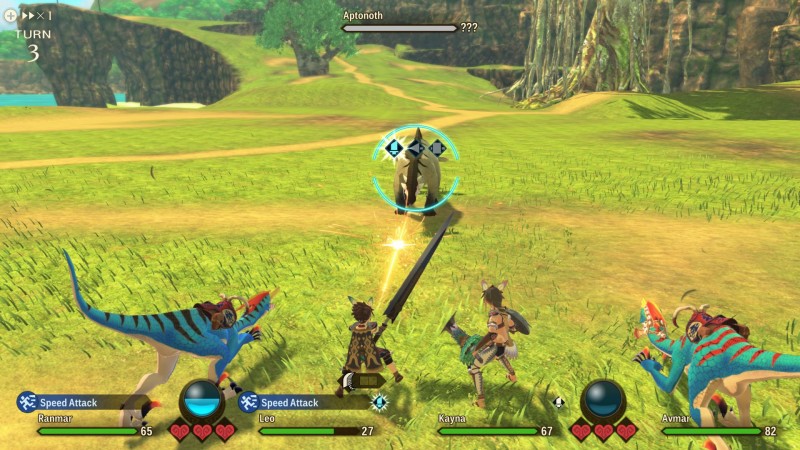 Off
8.5
About Game Informer's review system
Concept
An approachable turn-based Monster Hunter where you befriend monsters and fight by their side
Graphics
Wings of Ruin’s stylized approach to characters and monsters is gorgeous and fits with the vibrant and beautiful open environments
Sound
Monster Hunter Stories 2 features a wonderful orchestral score that’s epic and at times whimsical
Playability
While much easier to start than traditional Monster Hunter games, Stories 2 builds upon its easy-to-understand concept of monster collection and battling in fun and unique ways
Entertainment
Hatching Monsties and battling alongside them against bigger monsters is very fun and pulls its weight more than the lackluster story
Replay
Moderate