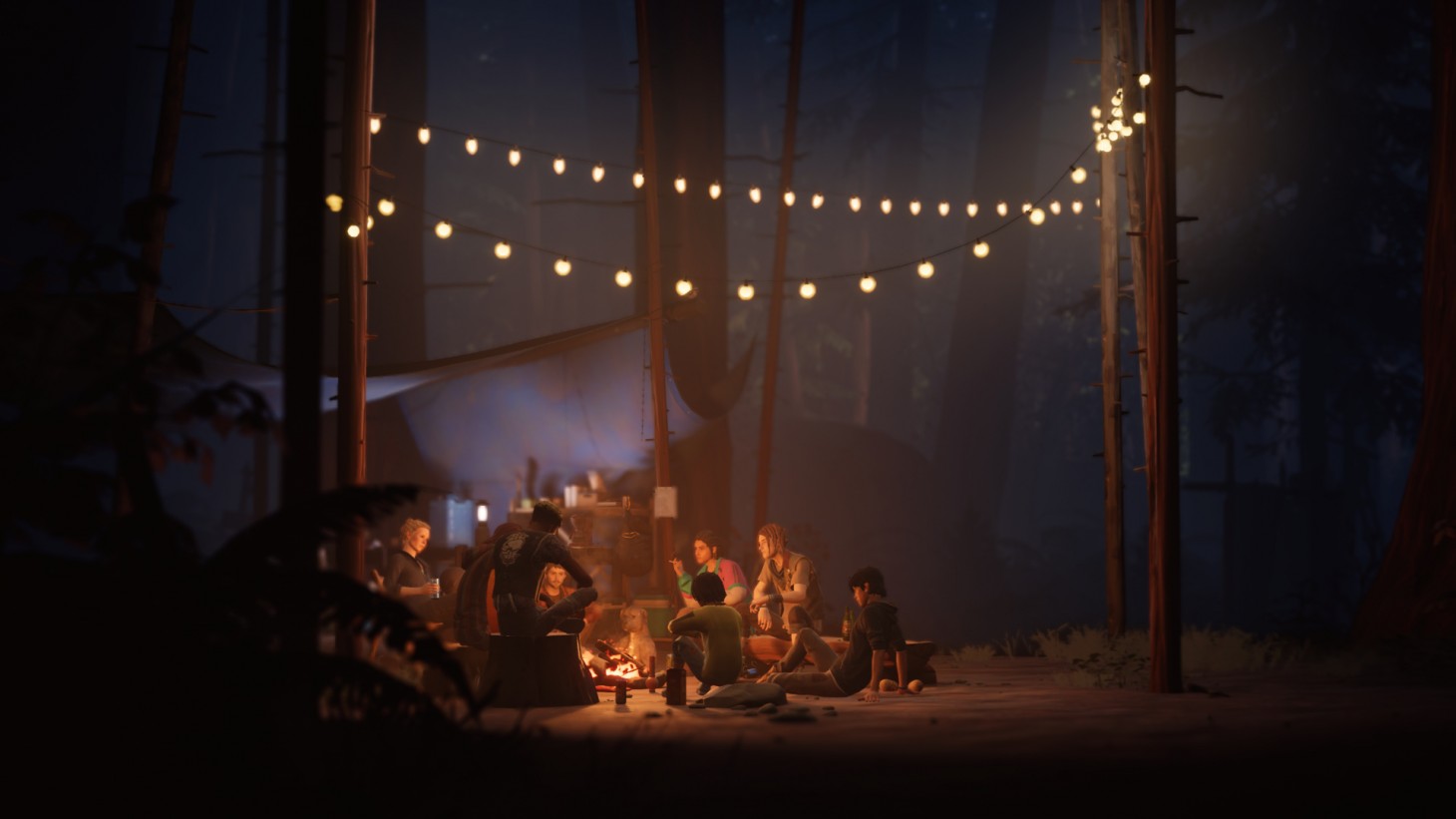 On their way toward Mexico, brothers Sean and Daniel have had harrowing experiences change their lives and complicate their relationship. This episode continues following the ups and downs of their bond as the boys take refuge at a hippie camp and marijuana farm. It’s a wild premise, but new characters are boxed-in stereotypes and the episode struggles with poor pacing.

While the last episode focused on harnessing control over Daniel’s telekinesis power, this episode is more about embracing freedom and individuality. Among the hippies, Sean is discovering more about himself, and his younger brother resents him for it. Your decisions, particularly how you interact with Daniel, have been crucial this whole journey, and this episode is a fascinating culmination of the web of choices with a thrilling conclusion. However, the road to that end is sloppy and forgettable.

It starts off on a good foot, with a flashback taking place three months prior to the incident that led the brothers to flee home. I enjoyed trying to make amends with Daniel after treating him unfairly, as well as understanding the weight Sean bears by acting as a second parent after their mother’s departure. The flashback does a good job of showing some of the roots of the boys’ relationship, giving the impression that their core bond can overcome anything.

Unfortunately, the middle parts of the episode aren’t as compelling. The setting, which takes place in a Californian forest and on a weed farm, is much more interesting than the events that occur within it. You spend most of your time doing painfully boring tasks; washing dishes, carrying water tanks, and trimming marijuana buds. That last chore is performed through a minigame where you perform timed button presses to continue onto the next plant. The minigame isn’t interesting, and the chatter from other characters during it is equally mundane.

I continue to care deeply for Sean and Daniel, but their new hippie friends are forgettable, predictable, and painfully stereotypical. They are a group of dreadlocked young adults with tragic backstories who follow alternative lifestyles, but they come across superficial rather than deep. Two antagonists who run the weed farm are problematic as well, fitting neatly into their cruel archetypes without offering anything more substantial. They’re villains who are nothing more than narrative devices to push the story toward conflict.

Despite poor characters, I enjoyed some of the thematic moments of the episode, including its juxtaposition between freedom and oppression. Sean tries to tell himself he feels free, but the monotony of the weed farm feels like a prison. Daniel also struggles with who he is and what he wants, and the two butt heads about it throughout the episode. While Daniel wants more time with his brother, you can decide whether Sean goes along with that or follows his own path. Both choices come with big consequences, and the growing rift between the brothers is intriguing and dangerous – especially since Daniel’s gift is uncontrollable during emotional turmoil.

The episode also does a great job of handling Sean’s sexuality and letting players decide how (or if) he explores it. You can choose from two different love interests: a young girl named Cassidy or a young man named Finn. You can opt out of both, but pursuing a relationship brings added complexity and tension to the final scene. Furthermore, because Sean has identified as straight his whole life, exploring his sexuality through Finn can, for now, only go so far. This creates some agency for the player without sacrificing Sean’s established sexual identity – something we don’t see often in video games. Sean’s queerness is a fascinating layer that Dontnod balances realistically as the young boy fumbles through his journey of self-discovery.

While the last episode lacked gripping choices, this episode is the exact opposite – at least in the last 20 minutes. Your choices, not just from this episode but from the journey as a whole, impact an explosive cliffhanger with multiple variables. I can’t spoil anything, but I was glued to the screen during these moments, though I was also disappointed that it took so long for the episode to get there.

Sean and Daniel’s relationship continues to be the best part of Life is Strange 2. Will they continue to grow apart or will they find common ground despite their differences? I’m eager to leave behind the hippies and weed farm, and see what comes next for the Diaz brothers. 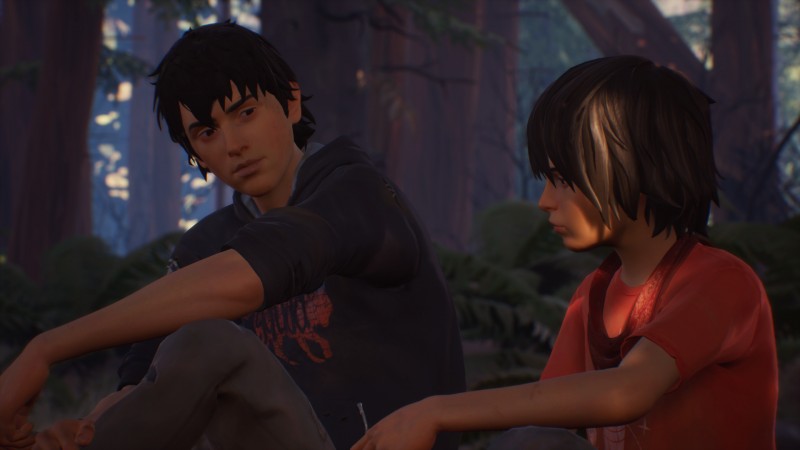 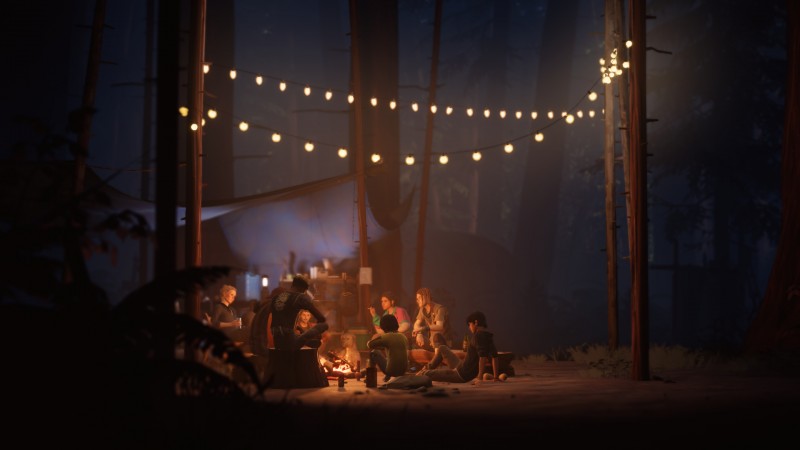 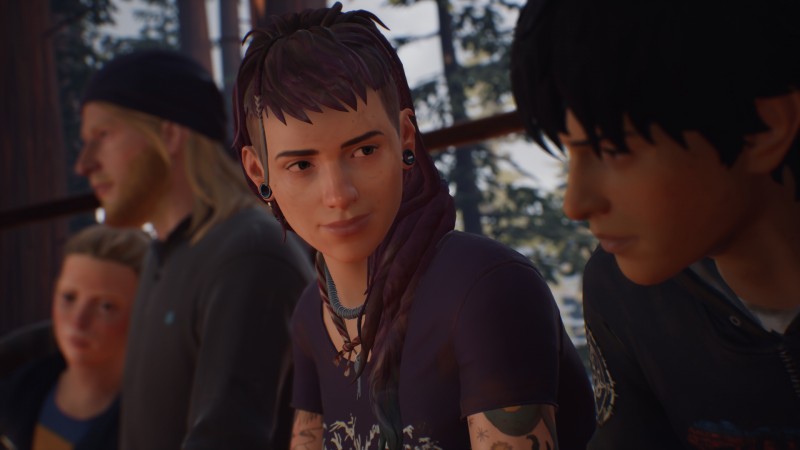 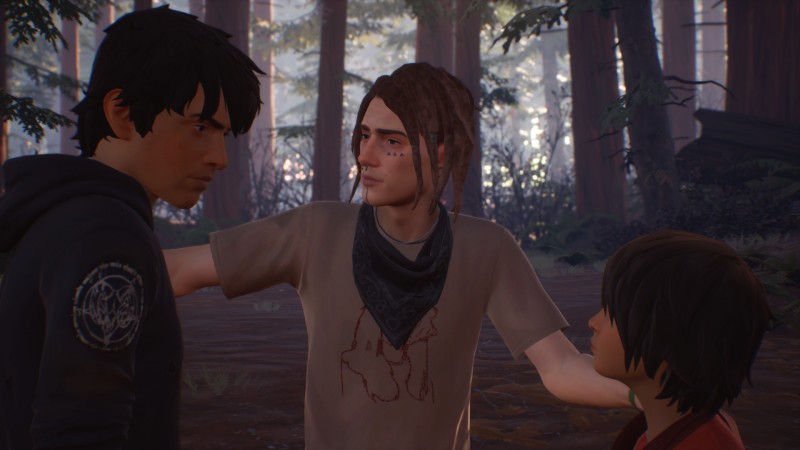 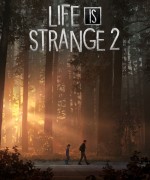 This new chapter in the Diaz brothers' journey has an explosive conclusion, but suffers from painfully stereotypical characters and poor pacing along the way.

Purchase More Info
7.25
i
Game Informer's Review System
Concept Sean and Daniel continue their tumultuous journey to Mexico while making a pitstop at a camp run by hippies
Graphics Beautiful redwood trees and gorgeous Californian landscapes make this episode aesthetically pleasing
Sound A blend of folk and indie music continues to bring a good balance of emotion to heartfelt scenes
Playability Navigating through environments, playing quick-time event minigames, and drawing in Sean’s notebook are all easy to control
Entertainment Despite a thrilling conclusion, this episode suffers from imbalanced pacing and annoying characters
Replay Moderately High