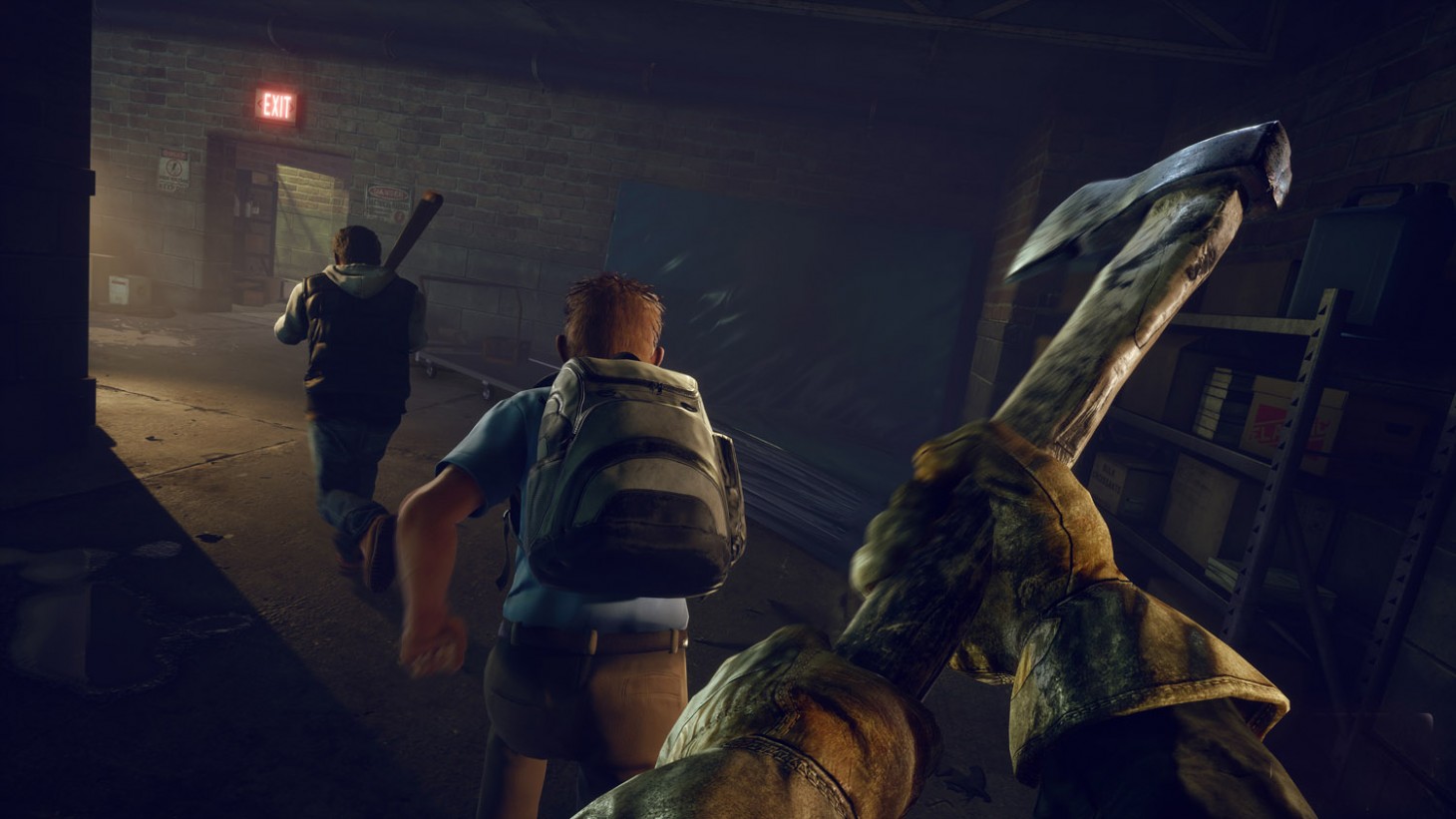 Horror fans have had a number of asymmetrical multiplayer games to choose from in the past few years, from the procedurally generated killing fields of Dead By Daylight to the iconic Camp Crystal Lake in Friday The 13th. Last Year: The Nightmare (launching exclusively on Discord) joins the fray with tense and stylish five-versus-one matches that faithfully capture the gory kills and cat-and-mouse chases the genre revels in. Unfortunately, Last Year isn’t just late to the party – it’s also underdressed, lacking the depth and variety of content necessary to keep players coming back for the long haul. 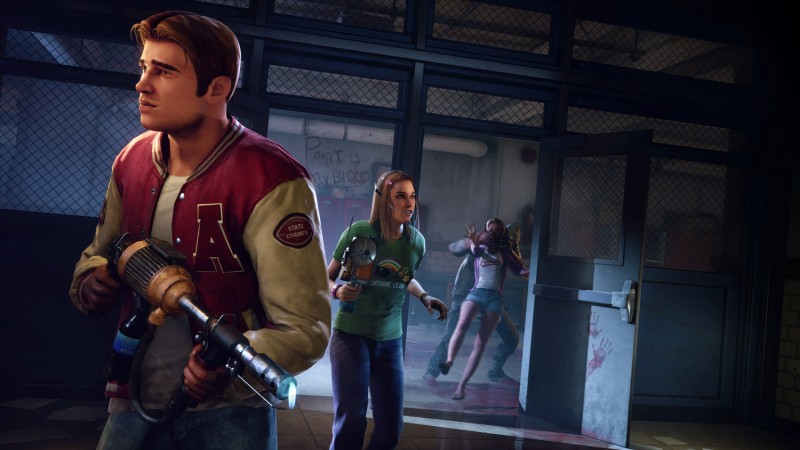 Like the other titles of its ilk, Last Year is built on a simple premise: Five students are trapped inside their school by a maniacal killer, and must escape or die trying. Reaching the exit requires the endangered teens to first accomplish a few basic objectives on each map, such as finding gas canisters to fuel a generator or retrieving computer disks to operate an electronic door. They can also increase their chances of success by barricading doors, rescuing killed allies from the closets they respawn in (a mechanic taken straight from Left 4 Dead), and using scavenged scrap to craft class-specific items, such as smoke bombs, flamethrowers, and the almighty football helmet, giving them a little extra incentive to explore and prepare.

The students can’t dillydally, since the pursuing psychopaths have their own tricks. In addition to a character-specific ability such as snagging victims with a throwable hook or smashing through walls like a murderous Kool-Aid Man, each killer can also lay out beartraps, rig crafting materials with poisonous gas, and teleport to new locations when the survivors aren’t looking. This makes the lone player controlling the killer a much more powerful and deadly predator than the students he or she is stalking. 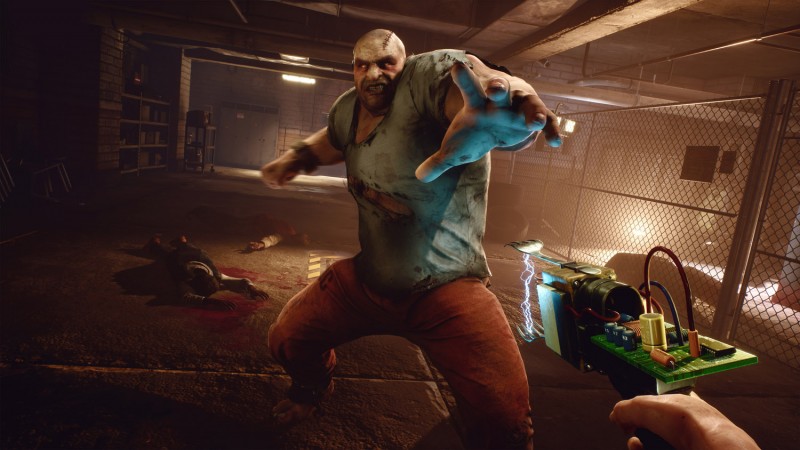 While not particularly original, Last Year’s core formula is still exciting, occasionally delivering genre-perfect jump scares, like when the Slasher shatters through a skylight and plants his axe in a target’s head, or when the Strangler ropes a victim down into a dark vent for a Pennywise-inspired instakill. Each map also ends with its own unique dash to freedom, setting up exciting escapes and heroic sacrifices as the clock runs down. These final races to the exit always provide a satisfying thrill, assuming the survivors live long enough to see them.

Unfortunately, surviving comes with quite the learning curve. Last Year features no tutorial or ability to practice with the characters, so you’re forced to learn on the job during your first several matches. In addition to getting a handle on the unique ability and crafting items of the different classes, knowing the routes, bottlenecks, and shortcuts of each map is also vitally important. As such, newcomers are a serious drag on experienced teams, which isn’t fun for anyone. The same is doubly true for playing as the killer. Expect to serve up lopsided victories to well-coordinated teams as you learn when and where to engage players and how best to use your abilities. Playing as the solo player in five-versus-one games is always a stressful affair, and Last Year’s total lack of onboarding doesn’t help. 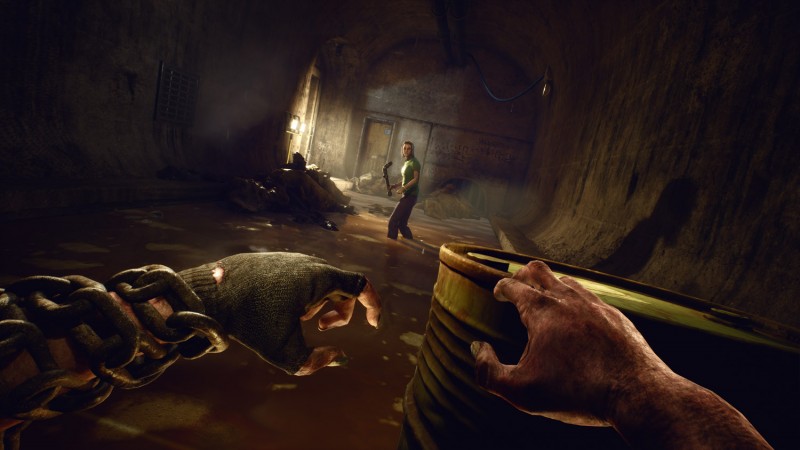 While Last Year’s learning curve can be overcome with time, you will likely have grown tired of the game’s limited content by the time you get good. Last Year currently only features one mode, three maps, and three monsters to choose from, allowing you to see and do pretty much everything in an afternoon. The complete lack of progression (outside of some rudimentary leaderboards) also leaves little incentive to keep coming back. Like with many multiplayer games, Elastic Games plans to provide a steady stream of content updates to players, but the game is starting well behind contemporaries like Dead By Daylight and Friday The 13th.

Playing as the survivors is heavily dependent on communicating and coordinating with your team to stay ahead of the attacker. Being on mic is a virtual necessity; you can’t just forgo voice chat entirely and expect to fare well. The random strangers I was paired up with (and forced to listen to) had a huge impact on my enjoyment from match to match. Landing on a friendly team makes all the difference for newcomers, but is far from guaranteed given how small the playerbase is at this point, which isn’t exactly a great sign for the game’s future in its own right. Muting offensive players is an easy enough option, but unless you’re the killer, you are handicapping yourself more than most games every time you silence a teammate – even if they really deserve it.

In addition to a crazed killer, players must also currently face a number of bugs and balancing issues. In one match, I crafted a helmet only to have it hover directly in front of my face, completely obscuring my view for the remainder of the match (which didn’t last long, as I blindly walked off some scaffolding a few minutes later). Balancing issues like the overpowered taser and the uphill battle killers face on the library level are common topics of complaint in group chat, as are connection problems and lag. So far, updates have been sparse since launch, which raises serious questions about whether the small developer can deliver on the loftier promise of providing new maps, killers, game modes, and more as part of its “evergreen content strategy.”

Every match of Last Year begins with a cutscene of the students poring over a blueprint of their escape, a rudimentary roadmap of the adventure to come. At this point, that feels like the development stage Last Year is currently at. The core gameplay offers moments of undeniable excitement, but without more depth, variety, and some sense of progression, Last Year won’t survive long against the competition. 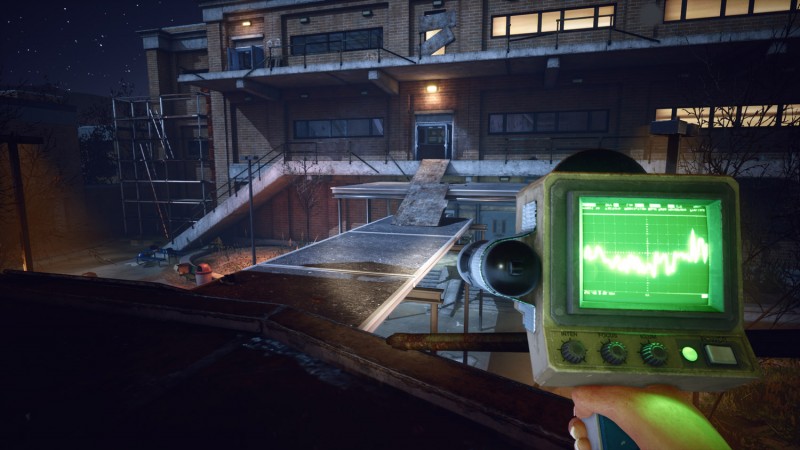 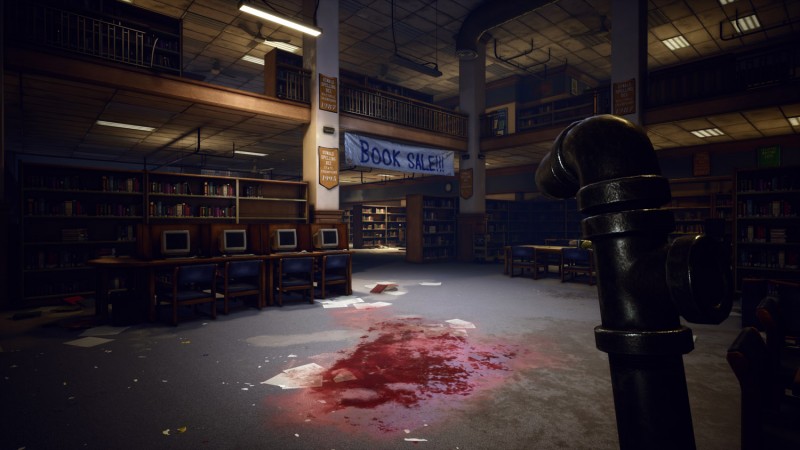 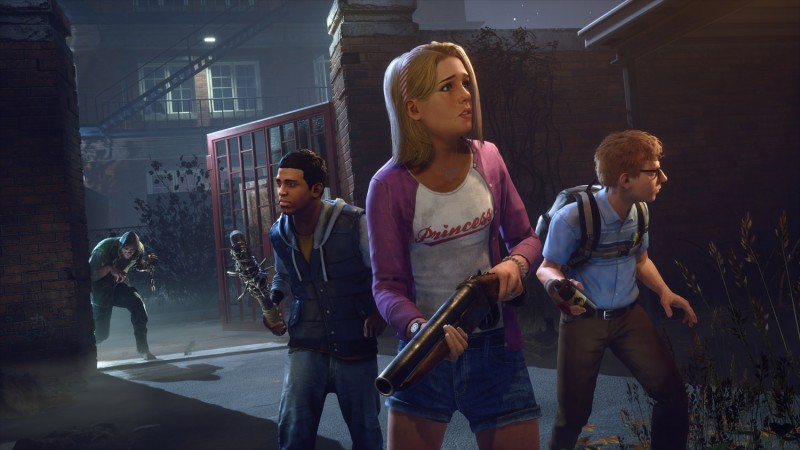 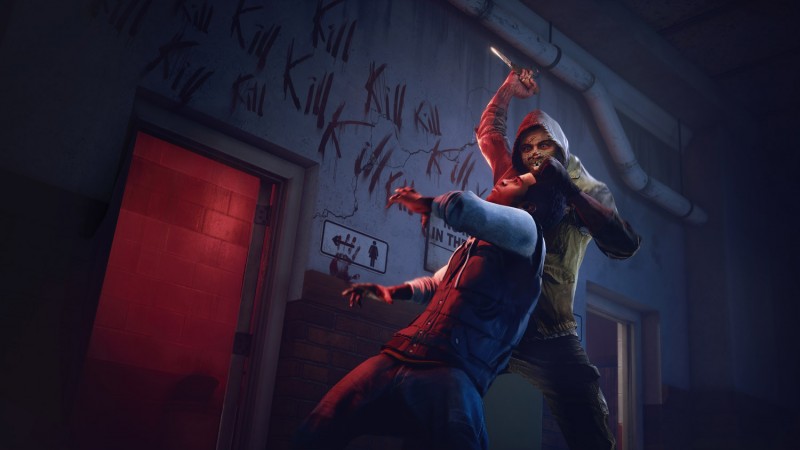 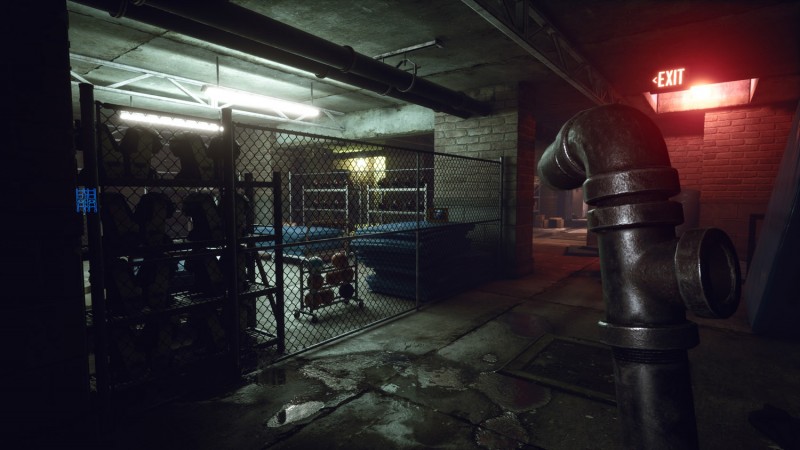 Off
7
About Game Informer's review system
Concept
Give horror fans another chance to live out their slasher-film fantasies in five-versus-one multiplayer matches
Graphics
Last Year looks great thanks to a strong, exaggerated art style that brings the schoolyard environments and humorous character archetypes to life
Sound
The purposely campy voicework is well done. All of the killers sound appropriately demented in their own ways
Playability
The control scheme is simple enough, but you need plenty of practice to be competitive
Entertainment
Last Year’s core gameplay is solid, but the thrills are short-lived due to a lack of content
Replay
Moderately Low 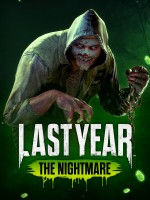