Agent 47 has been an arbiter of death for decades now, using his finely honed skillset in a variety of dirty business around the world. With Hitman 3, his World of Assassination trilogy comes to its inevitably bloody end. Over these three games, IO Interactive boldly set out to create a seamless Hitman experience that felt consistent, from the tutorial mission to the conclusion. After playing through this stunning finale, I’m relieved that the studio stuck the landing. Every mission in the final arc is a statement, demonstrating a mastery of level design and a darkly playful willingness to subvert expectations laid out five years ago. Hitman 3 is not a good place to begin your Hitman journey, but it’s a satisfying way to say goodbye.

Hitman has always been about dropping players in unfamiliar locations, giving them a target, and then letting them run wild. The most recent games have taken that design philosophy to new heights. At its best, Hitman offers an experience like no other, delivering intricately crafted scenarios and giving players the tools they need to tackle missions in different ways. The first time I explored Hitman 3’s bombastic opening mission in Dubai, I methodically explored as much of the Sceptre skyscraper as I could before killing my targets. Hours later, I was able to efficiently roll through without dawdling, killing both without anyone even knowing I was ever there. It’s like visiting a supermarket; sometimes you want to comparison shop, and other times you just want to grab some milk and get out of the store.

Hitman 3 introduces new elements, including a camera gadget, but the most notable are its persistent shortcuts. By unlocking specific doors or accessing ladders, those newly available paths are open to you on subsequent runs. They’re a great compliment to the series’ unlockable starting locations, ultimately giving you the ability to bypass sections of a level and make a beeline for whatever – or whoever – you’re most interested in pursuing. I loved meeting a partygoer outside of Berlin’s nightclub area and getting a guided tour of the map, but was relieved when I found a side door that let me slip right past him and security. Some shortcuts are in riskier locations, so you have to weigh that additional danger, but I enjoyed having access to more options.

IO Interactive has been crafting these types of missions for years now, and that experience shows. Nearly every mission introduces something that upends what longtime players have come to expect. The end goal of killing your targets is always part of the deal, but Hitman 3 proves that there’s still plenty of room for more variety. One mission offers a lengthy (and optional) murder mystery to solve, putting you in the unusual role of private investigator and interrogator. In another, you begin without having any knowledge of your targets’ identities. Working without intel, you have to methodically observe and listen to conversations before springing into action. If you’re impatient, you can simply go on a rampage and hope for the best. Five of the six levels offer up a wealth of improvisational opportunities; I spent nearly two hours infiltrating a high-tech firm in China, and was captivated by just about every moment. The final mission is more linear than the others, but it’s no less satisfying. 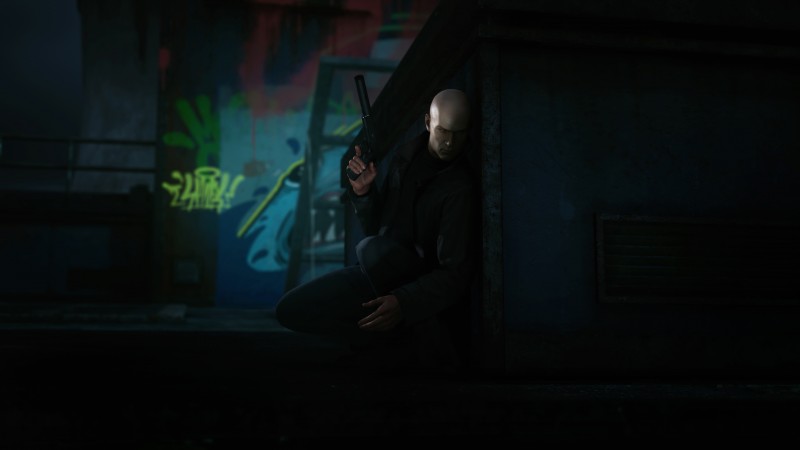 Hitman 3 is a worthy conclusion to the trilogy, but if you haven’t been impressed with previous entries it’s not likely to change your mind. Its improvements, welcome as they may be for longtime fans, are incremental upgrades rather than the larger leaps that you might be accustomed to seeing in more traditional sequels. I enjoy its slow-burn pacing and love the tension that comes from slipping past guards unnoticed. I love looking at each level as its own weird puzzle, and something about poking the simulation to see what is and isn’t possible really clicks with me. However, if you think the previous two installments have mediocre gunplay or find them too fussy, those elements haven’t changed. You can technically jump into Hitman 3 without playing the previous games, but that is doing yourself a disservice. Much of the game’s emotional and narrative weight hinges on you having experienced the trilogy.

Hitman 3 concludes a chapter in the greater Hitman story, but it doesn’t feel like an ending. There’s an  abundance of content and side activities on offer, and the trilogy as a whole is bound to be a long-term destination for would-be assassins. IO Interactive’s final act in the trilogy anticipates and rewards player experimentation, features meticulous level design, and has moments of ghoulish catharsis that makes me cackle aloud. My enthusiasm for it all is as indelible as the barcode tattooed on the back of Agent 47’s head.

This review is based solely on the PC version of Hitman 3. At the time of this writing, the review code for the PlayStation version of the game was unavailable, so we’re unable to evaluate its performance (or its VR capabilities) on consoles.

On
On
Off
Off
9
About Game Informer's review system
Concept
Wrap up Agent 47’s latest trilogy with a new batch of sandboxes and targets for his grim work
Graphics
Hitman's clean aesthetic makes situations easy to interpret, whether you're in a glistening skyscraper or a sweaty club
Sound
Audio cues provide a great way to keep track of guards and other potential issues, while a minimalist score punctuates the action when necessary
Playability
The trilogy’s intentionally seamless nature means that any muscle memory you’ve developed over past installments carries over into the finale
Entertainment
Agent 47’s journey ends on a high note, at least as far as players are concerned. New levels are memorable and cater to the freedom fans have come to expect
Replay
High