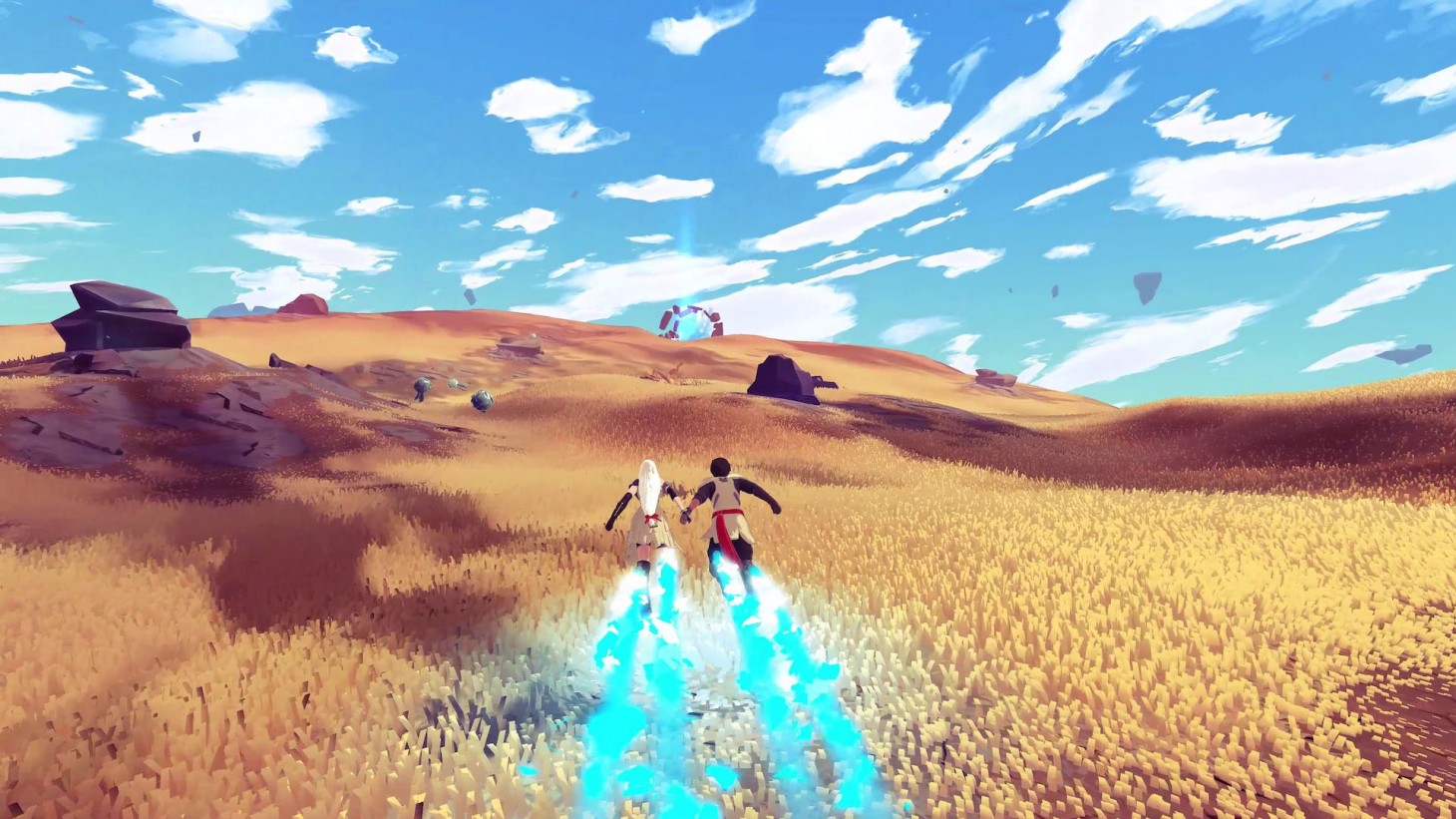 Yu and Kay are two people stuck on an isolated planet together. The good news is they’re in love, so they already enjoy each other’s company. The bad news is parts of the planet are covered with an unstable substance they call rust, which makes the surrounding areas (and the animals that inhabit them) dangerous. Haven bounces between these two driving concepts, emphasizing Yu and Kay’s relationship at home in their spaceship, then following them as they explore the planet’s mysterious frontiers. The result is a low-impact fusion of visual novel and RPG, but it fails to fully harness the best of both worlds.  Even so, Haven gets the fundamental elements right.

The bond between Yu and Kay is the most important part of the story, and I appreciate how developer The Game Bakers commits to making players view their interactions through the lens of mundane activities. During their time at home, they cook and eat together, have conversations on the couch, and argue about hair in the shower drain. Most relationships aren’t forged in the fires of world-ending threats and high-stakes adventure, after all. They are built in casual and comfortable spaces, and Haven largely feels authentic in its portrayal of an established (but still young) love. Physically intimacy is naturally a part of that, but Haven often uses it as a crutch instead of developing the characters in other ways; by the end of the game, the number of innocuous situations that ended in implied sex had me rolling my eyes.

The story surrounding Source (the planet Yu and Kay have settled on) is less compelling than the characters’ romantic arc. You learn why they fled their homes, and uncover some sinister facts about Source, but the threads never come together in a satisfying way. The developers clearly have an elaborate vision for this fictional sci-fi universe and its history, but the portions that find their way into the Haven’s narrative are peripheral and incomplete. I didn’t feel like I was getting a tantalizing glimpse of a bigger picture; I felt like a much larger and clearer story once existed, but important parts were gradually trimmed away until these abbreviated pieces were all that remained. Yu and Kay are ultimately still the focus, but my lack of investment in the events around them made the grand finale fall flat.

When they aren’t spending time in their ship (which is broken and can’t fly), Yu and Kay strap on hover-boots and go soaring across the colorful floating islands of Source. This is another core component that Haven gets right; simply moving around the planet is exhilarating. You glide above open plains and ride energy currents around rocky terrain, cleansing the rust of the ground as you pass over it. This is satisfying whether you’re playing solo or co-op, but even with a partner, the two characters need to stick close together. With the stylish visuals and chill soundtrack, exploration can have a pleasant and meditative quality – assuming you aren’t trying to anything specific. Any precise navigation is incredibly finnicky, even with the ability to drift for sharper turns. This makes it easy to get caught on the environment and inadvertently fall from high places, but apart from occasional enemy encounters, getting where you need to go isn’t too much of a hassle.

In addition to the vast expanses to explore, the combat is the most RPG-like part of Haven. It involves charging and releasing attacks in real time, coordinating Yu and Kay’s actions to clear the field. The focus on timing and cooperation is interesting, but after a few basic upgrades, the battle system doesn’t evolve in meaningful ways. As you progress, you don’t learn many abilities that open up new tactics; the challenge comes mostly from different enemy types restricting your available strategies from an already-limited selection, so your combat options are shrinking over time rather than expanding. However, Haven also isn’t a demanding game, so the blunt repetition of these fights is a bigger disappointment than their difficulty.

Even when I was frustrated, I was impressed by the touching and thrilling moments Haven creates. I enjoyed the genuine connection between Yu and Kay, and jetting off into the unknown with a pair of hover-boots is a blast. But this otherworldly adventure extends itself too far beyond its strengths. Sometimes the rough patches are worth working through, but like any relationship, sometimes you’re just giving more than you’re getting. 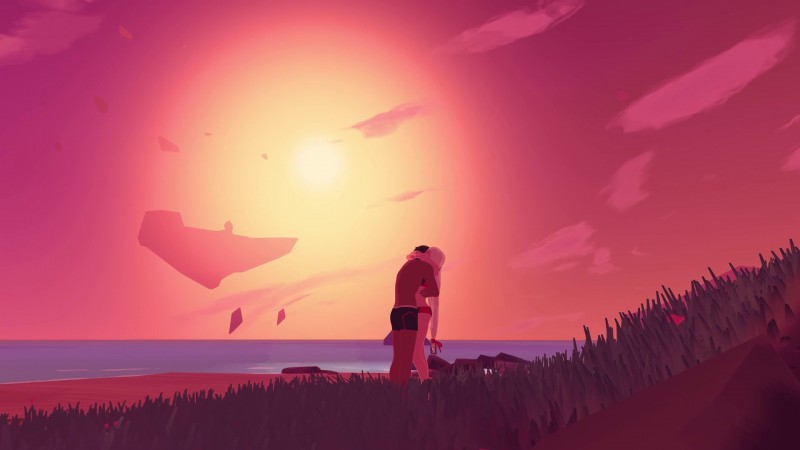 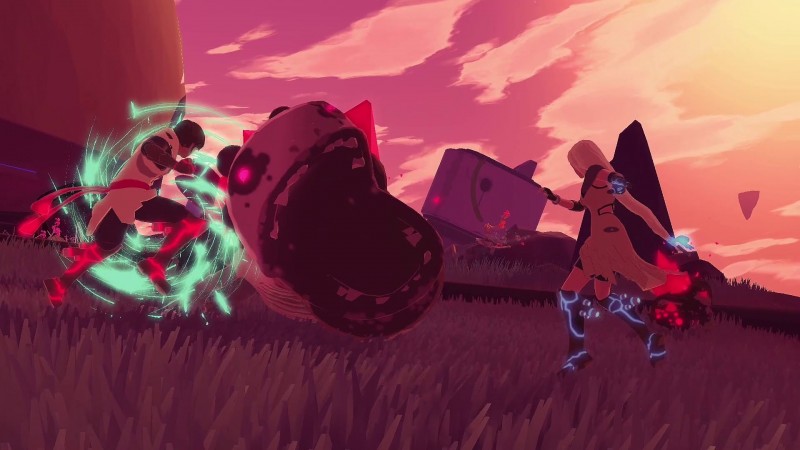 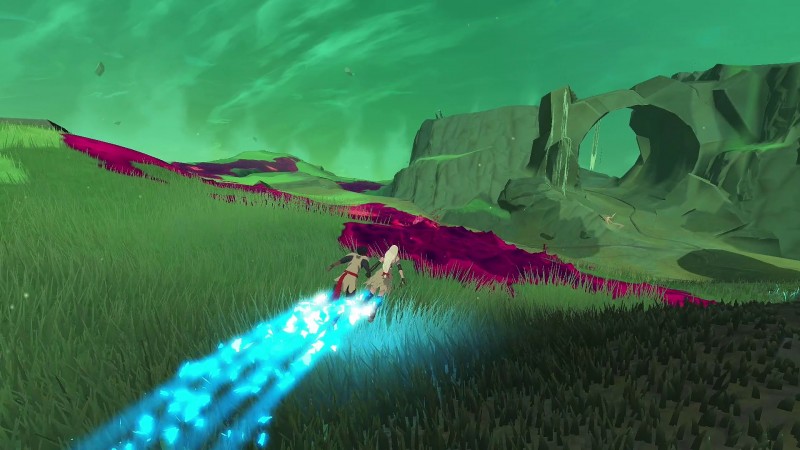 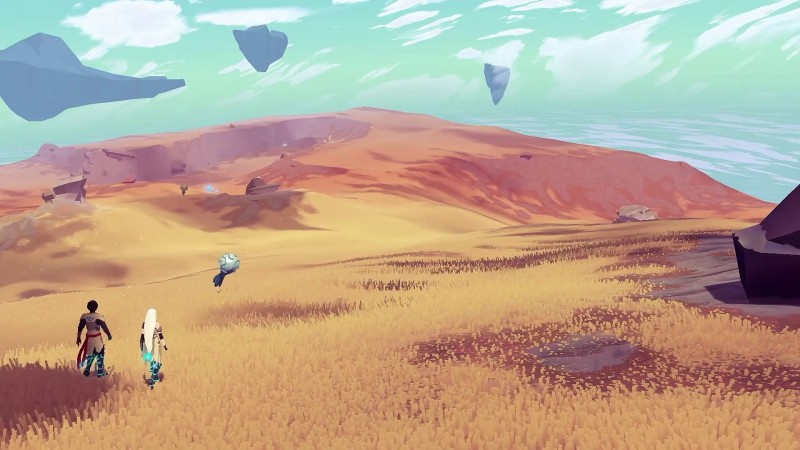 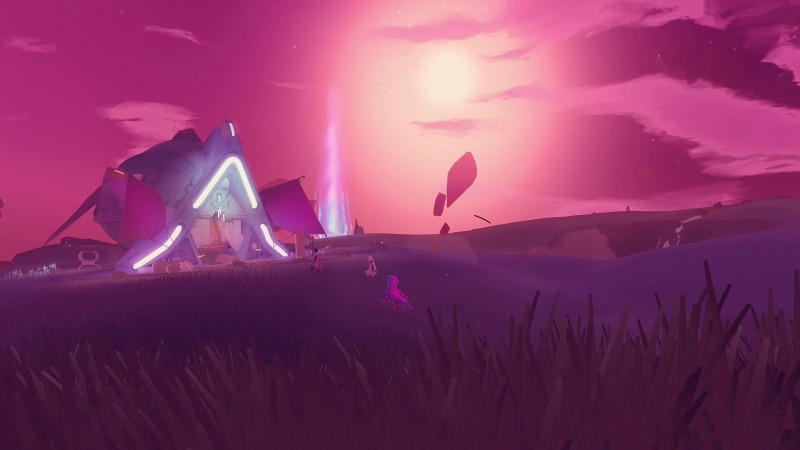 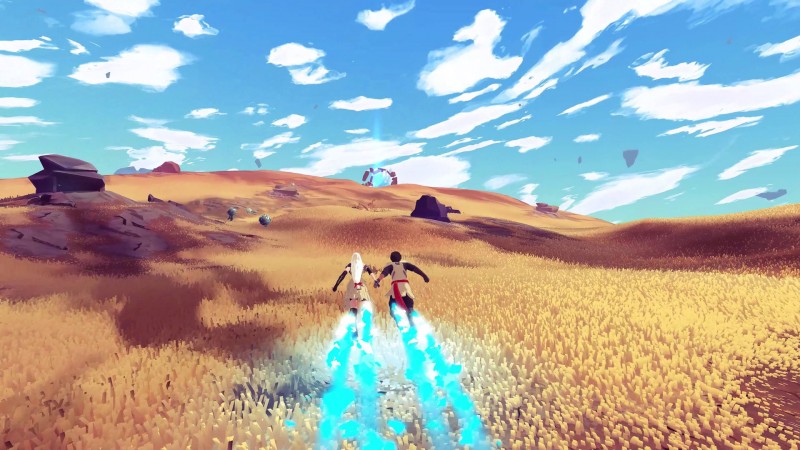 Off
7.75
About Game Informer's review system
Concept
See the blossoming love of two young heroes as they fly across the surface of a strange planet and search for parts to repair their ship
Graphics
Colorful and stylized visuals are a good fit for the sci-fi landscape. The static portraits convey the necessary reactions, but don’t exactly bring the characters to life
Sound
The two leads put in good voice performances, and the pop-synth soundtrack makes it easy to relax while playing
Playability
Navigation is too imprecise for fine maneuvering, but the controls work great if you’re just cutting across open fields
Entertainment
Haven finds a groove in its exploration and character-building, but the combat and big narrative beats throw it off
Replay
Moderate 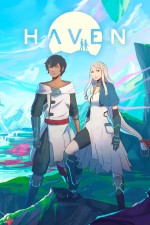