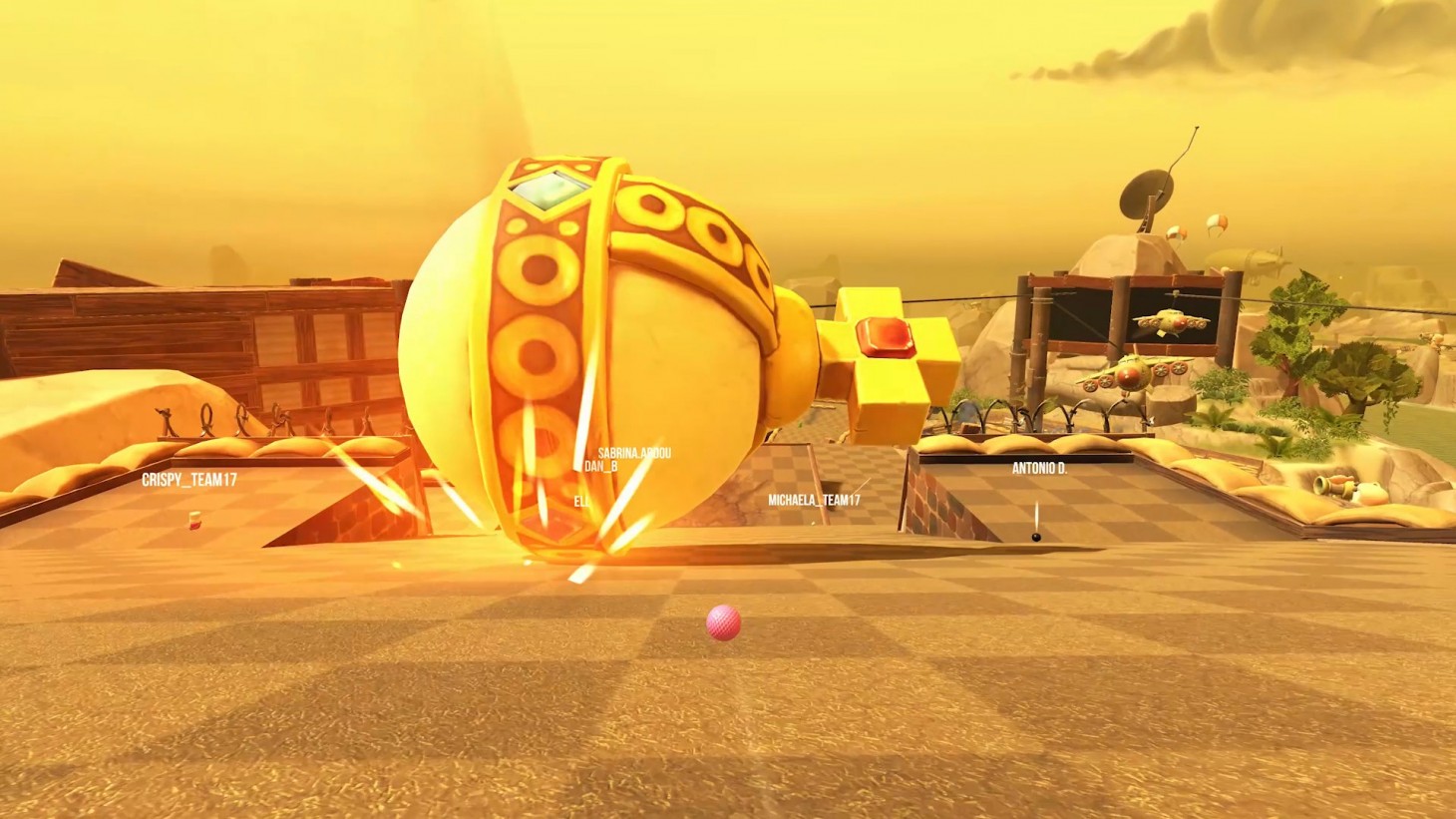 I’m on the 11th hole and the pressure is on. Getting a par here is going to take good judgment, skill, and a little luck. Besides the normal golf stuff, gravity-bending black holes also stand between me and the cup, but I just have to take them in stride; I know I can do it. Golf With Your Friends is an enjoyable minigolf adventure because it balances the absurd, the expected, and the unknown.

Combining a ball, a putter, angles, obstacles, and physics isn’t what makes this game stand out. What does is that on any given hole I was rewarded for my patience, planning (look around for different paths), and skill nailing the power gauge, but could also be surprised, both pleasantly and unpleasantly. However, I usually came away feeling that I could do it with more practice at the hole. The fine aim function gives you minute control when you need it, the underlying ball physics are reliable (both in how the ball bounces and the importance of angles), and holes’ pars are mostly realistic. Of course, it wouldn’t be minigolf if you could easily chart your way past every axe-wielding ghost, Indiana Jones boulder, pachinko-style tumbler; sometimes you just have to hit the ball and suffer the consequences, good or bad.

The game can work against the carefree feeling of blasting into the unknown, especially when holes’ level designs are predominately reliant on luck. Sometimes you have to rely on chance straight away with your first shot. Other times even when you know what you have to do, and you select the right power and path for your ball, your chances at par are still down to luck.

The PC version of the game includes a course editor and user creations, which are absent from the home consoles. However, the default 11 courses offer plenty of challenges, and if corkscrew ramps, tilting floors, and jetpacks of the levels aren’t enough, Golf With Your Friends adds extra spice with optional power ups (some help you, others hurt your opponents), mode variants (such as hockey with a moving goal/goalie over the hole), odd-shaped balls, and even alterations like sliders for gravity that can be mixed and matched for custom online or offline sessions.

Some of the variables are fun additions to a regular round, and they help spice up a game that doesn’t otherwise have a career mode/progression arc. Customization objects are awarded randomly based on a timer.  In the end, however, I was more interested in the aids such as being able to add  ball spin or more time to how much you can use the freecam to scout out holes. Things like changing the ball shape are fun when it’s against your friends in multiplayer, but are overpowered because they render shooting straight useless.

Golf With Your Friends captures the spirit of minigolf – you’re going to have some laughs, frustrations, and at the end of the day, not take it all too seriously. 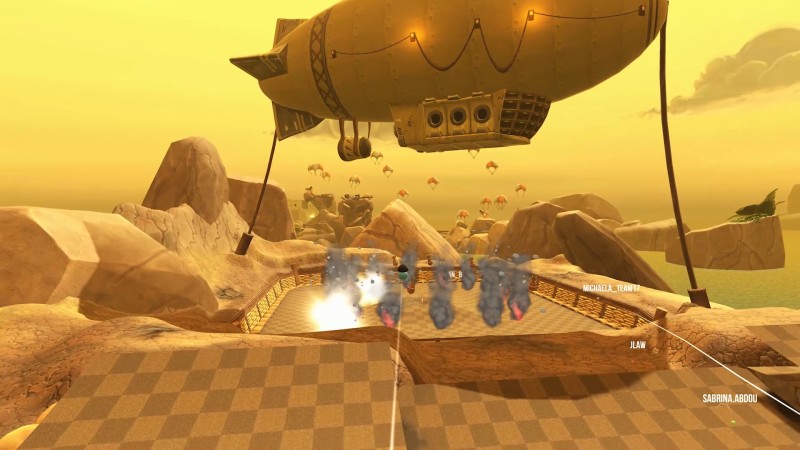 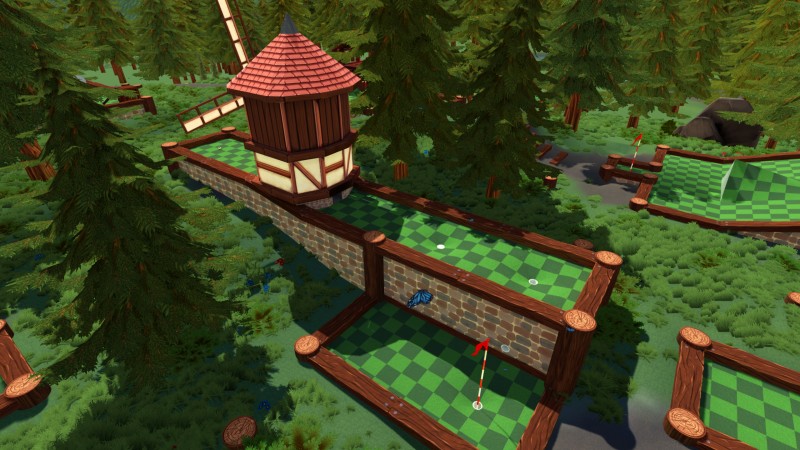 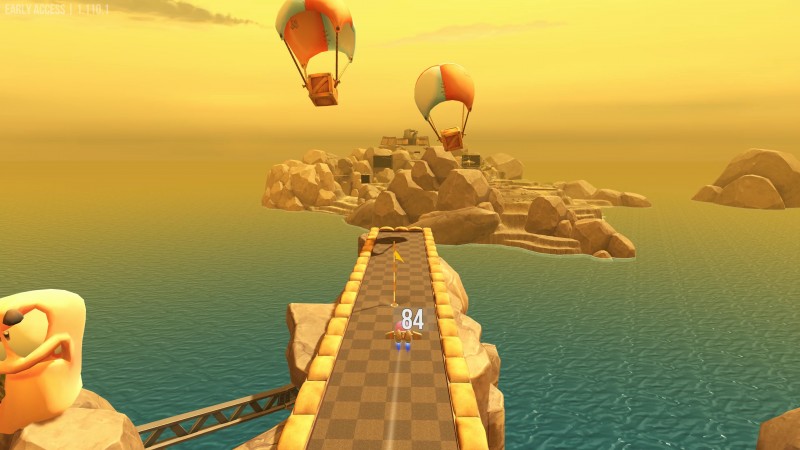 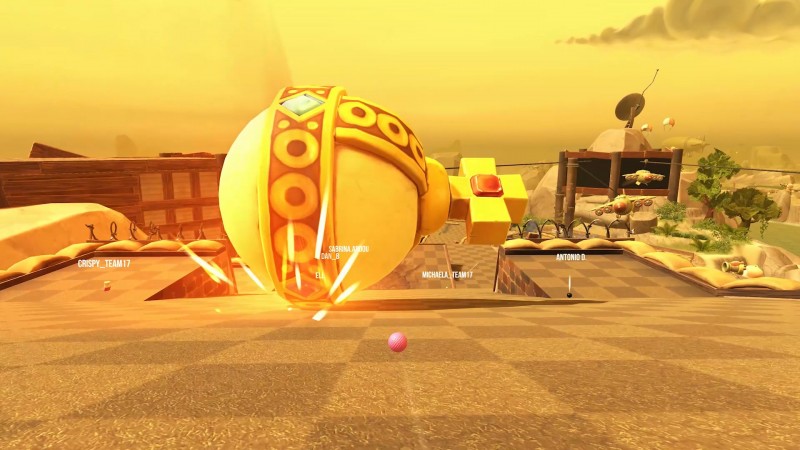 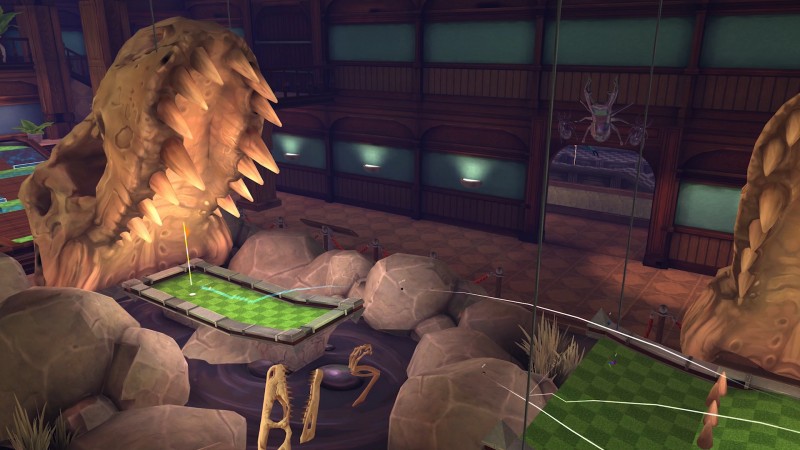 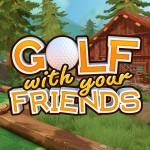 The ball might not always go exactly where you want it to, but it’s a fun time getting there.

Purchase More Info
7.5
i
Game Informer's Review System
Concept Combine inventive and challenge minigolf courses with a hearty selection of custom modifiers
Graphics Golf With Your Friends is colorful, but the whole package looks pretty basic
Sound Each level’s looping soundtrack is simultaneously forgettable and catchy, which is to say it’s perfect for a minigolf game
Playability The camera can get frustratingly locked close to the ball when it’s pinned against rails
Entertainment The ball might not always go exactly where you want it to, but it’s a fun time getting there
Replay Moderate