Ghostwire: Tokyo has a completely dead world, empty of any other human beings or people to talk to. It also has rote and repetitive combat with a bland and uninspired story. And yet, I love it more than I like most games, even if I think a lot of people won't. It might take a bit to explain why, but it all starts with Ghostwire's best feature: its cold, lifeless map.

Early in the game, a supernatural force causes everyone roaming around the Shibuya Ward of Tokyo, Japan, to vanish. A mysterious man flashes on the many LED screens around Shibuya Scramble – the famously busy real-world intersection where the game also begins – spouting some nonsense about saving people's souls and so on. The long and short of it is: that guy has stolen the souls of everyone around you, except yours.

You assume the role of Akito, who is spared from death when possessed by a spirit named KK. For reasons never abundantly clear, KK being in your body also means you have elemental powers. And wouldn't you know it? Spooky ghosts and monsters are now roaming Tokyo's streets without a care in the world. KK needs Akito's body to save the world from this maniac terrorizing Tokyo. Akito just wants to save his sister. If you can put your differences aside, you might just be able to do both.

It's a bland story that never does anything unexpected and never reaches beyond just okay. I did enjoy Akito and KK's banter, but beyond that, I never found myself all that invested in their arcs. There are a small number of side characters throughout Ghostwire – both friend and foe – but none get much screentime or development beyond whatever gameplay purpose they're serving in the given moment, be that a boss fight, new objective, mechanic, so on, and so forth.

What the story does, however, is give narrative justification for why Shibuya is empty (save for those spooky ghosts). And I think this is one of the more interesting parts of Ghostwire; its open-world take on Shibuya is a fantastic recreation of architectural density – minus the people. Not only are buildings tightly packed together, but they feel massive in the way real skyscrapers do. Thanks in no small part to Ghostwire being in first-person, this is immediately apparent. I loved craning my neck up at the buildings around me, feeling the game's sense of space and scale. That scale extends far outward, too, as it captures Tokyo's urban sprawl; crossing the map takes time, though I rarely felt bored walking around like a virtual tourist.

Ghostwire is obsessed with the idea of urban isolation, that even in a city where millions of people live on top of each other, you can feel alone. Ghostwire achieves this feeling by completely taking people away. There's an eerie quality to walking around a city without its population, knowing there's no one to talk to beyond yourself and the (literal, in this case) voice in your head. More often than not, I found myself wishing there were people – or even just one friendly person – I could find on Ghostwire's streets. Not because I was ever bored walking through an empty world, but rather its sense of isolation and loneliness was incredibly effective and haunting.

And I genuinely mean haunting. Ghostwire takes every chance it has to sell its spiritual apocalypse. Occasionally, the game will mess with you. Walking around, I'd see the painted lines on the street waving in the wind as if they were thin pieces of paper. Or I'd turn a corner and realize that, in just maybe one alley or one small city block, the rainfall was now blood, soaking the surrounding buildings and street in a dark, sludgy red. More dramatically, at key story elements, the world breaks around you. In fantastic set-piece moments, levels twist, warp, and change seamlessly before your eyes, as if M.C. Escher has taken over as art director. It's endlessly impressive and fun to look at, and I loved using photo mode to capture the bizarreness surrounding me.

Recalling classic rapture imagery, personal belongings litter the map exactly where they were left – you can't take your purse or cellphone with you to the afterlife. Most strikingly, clothes are everywhere. Especially in high-population areas, there are often vast seas of garments littering the floor where people vanished. It's imagery like this that hammers home not just the scale of the game's rapture but how terrifying something like this would be. Add that the city is still functioning – lights are on, speaker systems play, you can go into the subway or inside convenient stores – and Ghostwire has a world not hampered by its lack of things to do but strengthened by its commitment to being desolate.

Desolate except for those spooky creatures, of course. Ghostwire's antagonist is fusing the worlds of the living and the dead. This sets the stage for most of its gameplay and combat.

Bringing together this world with the next leaves Shibuya overrun with spirits. The vast majority of Ghostwire is running from point A to point B, fighting a variety of hostile yōkai littering the streets on the way, getting to your destination, and then fighting some more. There's a solid weight and crunch to combat that's satisfying from an audio and visual perspective. All Akito's elemental powers have their unique advantages, too. I enjoyed swapping between my fire attack, which casts a high-damage explosion, and my water attack, which sends out a wide arc that hits multiple enemies at once. Other fun powers, like a wind attack with a high rate of fire, magical bow-and-arrows, and talismans that freeze enemies, among others, are all fun to experiment with. And using the ethereal weave – which is basically a magic string – to rip out enemy cores always looked great.

Even though it doesn't have guns, Ghostwire effectively plays like a first-person shooter. But not a very good one. Aiming is often clunky and imprecise, and I found myself missing more attacks than not. Encounter design also rarely changes from: there's a handful of enemies surrounding this point of interest, kill them, move on. It's not necessarily bad insofar as it gets the job done, but combat quickly becomes repetitive. The game's handful of bosses don't fare any better, which often feel awkward and sluggish to fight.

Not every spirit is out to kill you, though. When you're not blasting your way through Shibuya, you're rounding up spirits trapped between the two worlds. There are over 240,000 lost souls you need to help usher back into the mortal coil, which means spending a ton of time walking around collecting – which boils down to holding a button, or very rarely, solving a small puzzle – and depositing at various payphones throughout the map. Luckily, you pick up spirits in mass, so you don't have to individually collect all 240,000, but it's still a tedious side-objective.

But I don't find myself coming down too hard on the game's core loops. On the one hand, it is a repetitive, fairly bland take on the tired Far Cry formula. On the other, on top of loving Ghostwire's world, its yōkai designs stand in a league of their own – it has some of my favorite enemy designs in years. Mixing traditional Japanese folklore with its contemporary setting, looking at the terrifying enemies never got old. My favorites include the Lamentation and Shiromuku, whose long black hair is reminiscent of classic Japanese horror film characters Sadako (Ring) and Asami Yamazaki (Audition), as well as the various takes on Kuchisake-onna, the slit-mouthed woman, who borrows heavily from her design in 2007's Carved. For a horror fan, especially one who grew up watching Japanese horror movies, I couldn't help but nerd out on all the various creature designs, no matter how many times I fought them.

It also helps that Ghostwire is really short. I completed the campaign in about 14 hours, though I've spent a few extra afterward cleaning up side stuff. Bland as a lot of its gameplay and story may be, Ghostwire never wastes your time. It gets in and out long before anything gets too old, letting you enjoy everything you like about the game without wearing you down with things it does poorly.

Which makes Ghostwire a strange game to review – at least within the often-restrictive confines of a scoring system. The things I like about Ghostwire, I really like. I'd go so far as to say that some elements – its world, enemy design, etc. – are among my favorites in a game in years. That said, there are plenty of elements, such as story and gameplay, where GhostWire is hardly up to snuff.

I fully expect some people won't be smitten with the game the way I am, and I think it's completely understandable if you don't want to forgive the game for that. But if Ghostwire connects with you, I think it'll really connect with you. It's weird and unique, and I think it's great to see this kind of game get this kind of budget, put it all on the table, and use that money to do some baffling and great art. And for that alone, I can't help but love Ghostwire. 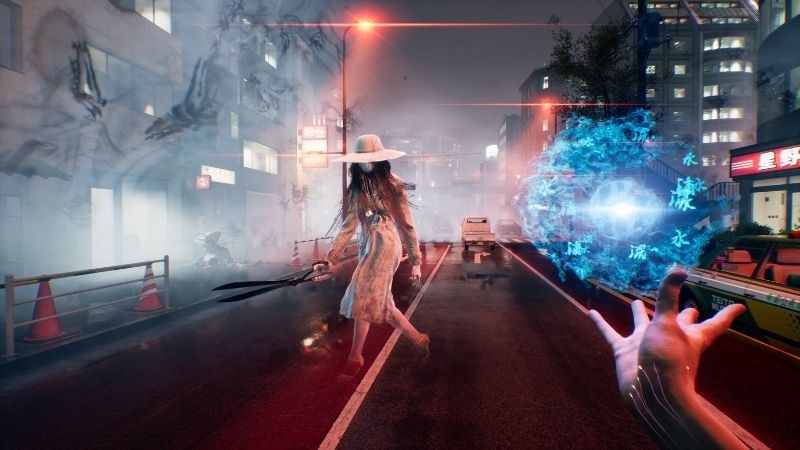 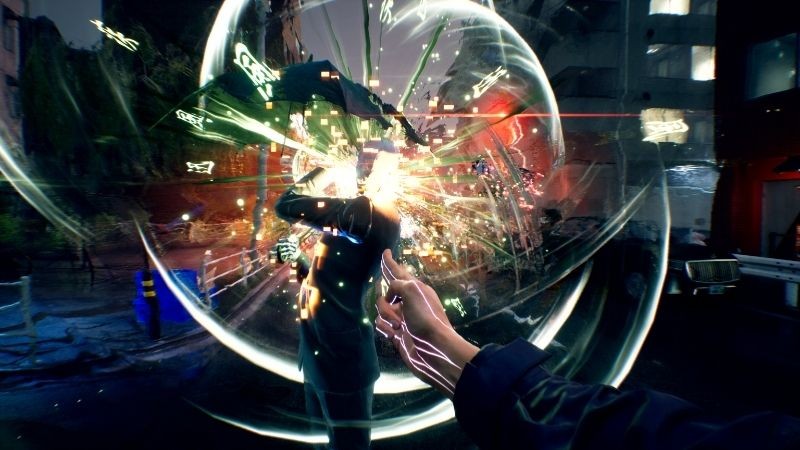 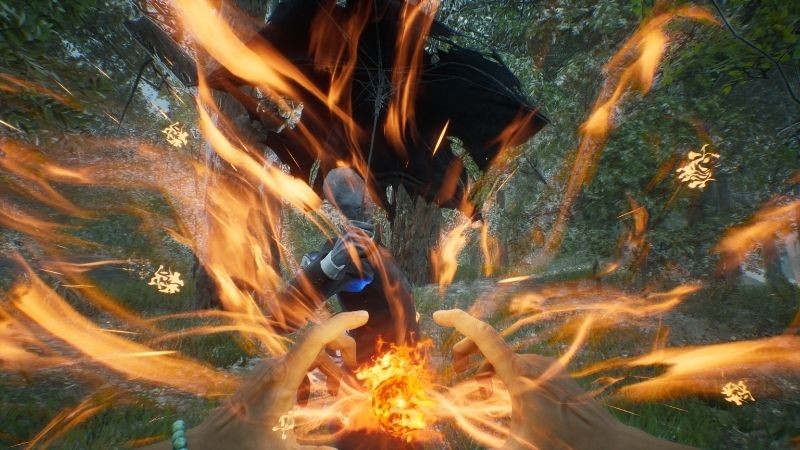 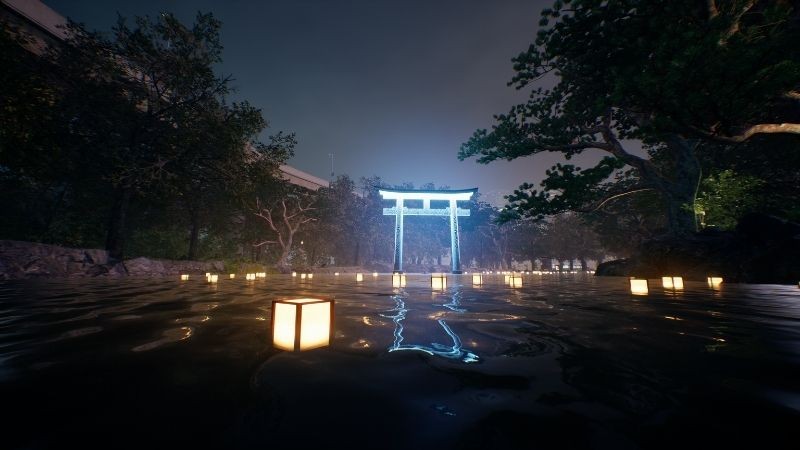 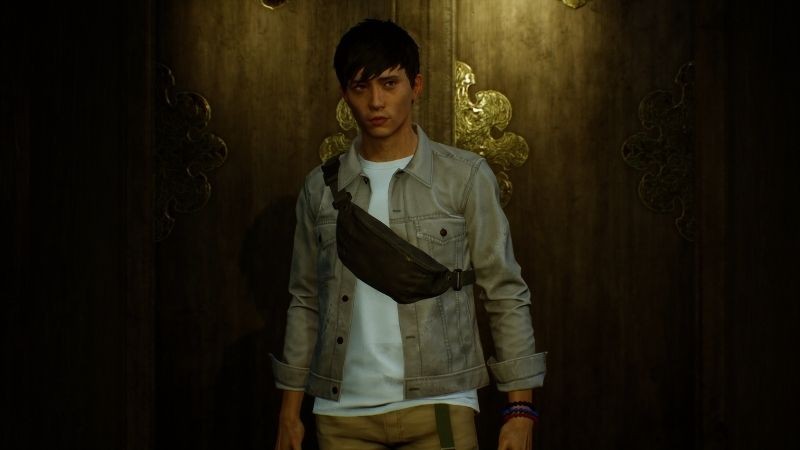 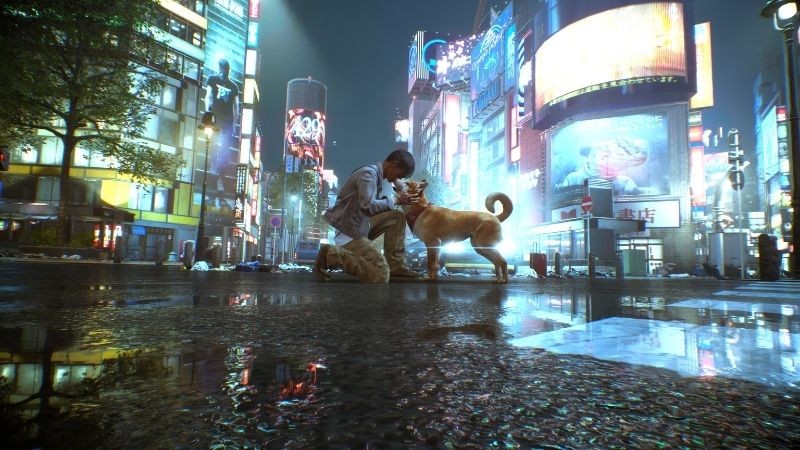 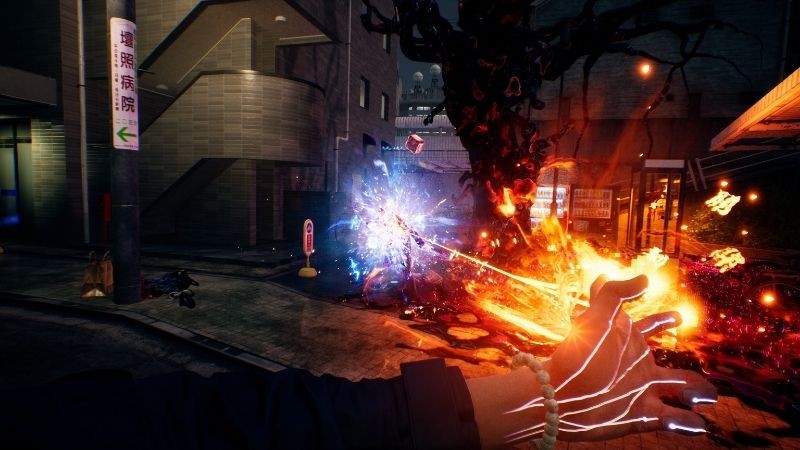 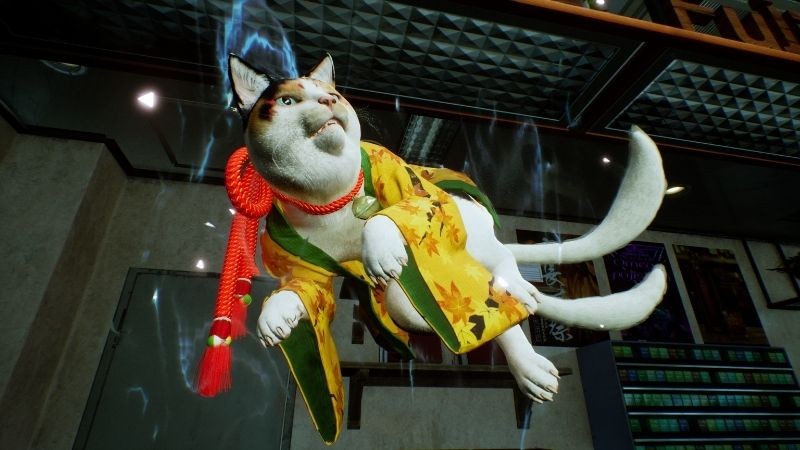 Off
8
About Game Informer's review system