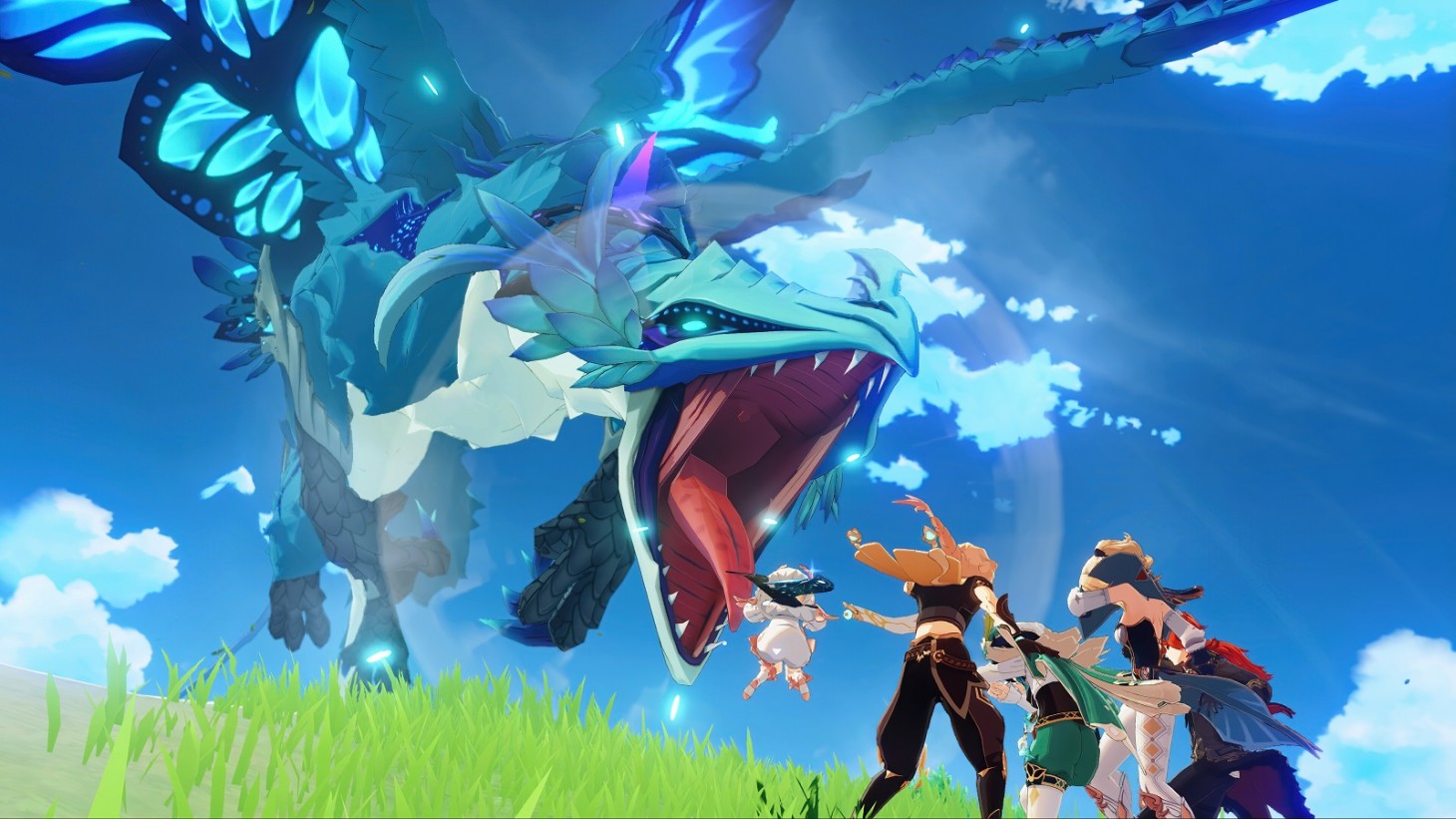 Genshin Impact is light on story and big on exploration, encouraging players to peek under every rock, glide from every precipice, and bash through every camp of goblins. This free-to-play, open-world action/RPG is an incredible amalgamation of stylish art and sound, easy-to-learn combat, and magical adventure around every corner. As you climb the highest peaks, take on titanic bosses, and spare moments of tranquility to take in the scenery, you are inundated with dozens of possibilities. Plenty of games serve up unending tasks, but Genshin Impact provides a sense of unyielding enchantment and desire that I rarely ever feel.

I'd put Genshin Impact down to head to bed, close my eyes, and find myself back playing moments later. The gameplay loop of collection, upgrading, and customization is captivating and compelling. Genshin Impact is an unending ball of adventurous yarn; pulling on any minute-long thread can lead you in unexpected directions for hours. Perhaps you’re on a major story quest but see a chest in the distance, which leads to following a mysterious spirit down a cliffside and unearthing a rare cooking recipe. By the time all is said and done, time has evaporated and you forgot why you were even in the area in the first place. That's okay, though, because you solved a crane puzzle that sent you soaring through the mountainous air, rescued some travelers trapped in amber, and fought a lumbering mech for some spiffy new loot. The main quest is always there, but it’s a struggle to stay focused on it as you run, glide, and climb. This world is an unparalleled beauty that hypnotizes and enthralls.

Dialogue and story are the weakest parts of the experience. It’s completely okay to skip through most of the perfunctory conversation as you hit the core quest chains to unlock certain areas and boss encounters. The real story here is created by your journey as you move from area to area. From rummaging through a field of carrots for food to accidentally wandering into a high-level encounter because the surrounding environment looked interesting, I never felt that tasks became rote. The gameplay can get grindy around 30 hours in, but is it really a grind if it still feels great?

You control a party of four characters, with one on the field at a time. Combat begins simple, with each character having a few different attacks, an elemental skill, and an ultimate elemental attack. Swapping out characters is an instant push of a button, which creates a more dynamic and interesting combat system than basic button mashing. Using a water character to soak enemies and then quickly swapping to an electro character to electrocute everyone is an effective use of elemental synergy, with more difficult encounters and time trials becoming hotbeds to try all sorts of elemental alchemy. In a fight with multiple minibosses present and a clock staring you down, it takes careful strategy to time your elements for maximum effect.

Elemental abilities aren’t just for combat. The open world is full of puzzles and chests to test your creativity. Simple tasks like burning the brambles off an entrenched chest or using wind to blow the seeds off a dandelion are available in the opening moments, but later tasks involve multiple elements to trigger a variety of environmental interactions. Find yourself running out of stamina trying to swim across a vast expanse of water? Use ice to create a walkway. Create matter to trigger a pressure plate. Even late in the game, I’m still discovering new ways to use abilities.

Up to four players can team up together, with cross-platform drop-in, drop-out gameplay. Co-op is easy to use, and a fun way to fight bosses and do mini-dungeon experiences. Or maybe you just want to hang out, watch some ducks, and take some screenshots. Co-op is a fun addition, but everything in the game can be done and enjoyed solo.

My biggest reservation about Genshin Impact is the monetization model, which is organized in a way that mobile gamers are intimately familiar with. In the West, we can liken the “gachapon” system to loot boxes. But these loot boxes aren’t merely for cosmetic hats; they’re for playable characters and awesome weapons. Yes, Genshin Impact features pay-for-power and pay-for-convenience. Genshin Impact has a battle pass that doesn’t even appear until around 20 hours into the game. The gambling for characters and weapons is further exacerbated by Genshin Impact's deliberate methods, like having the all-star heroes join your group for certain quests, which allows you to experience their awesome powers, thus creating a desire to spin the wheels for a shot at that power.

This is a monetization model that I cannot endorse or advocate, but I also have not spent any real money in my 40+ hours with the game. I do not feel like my progress has been throttled or my enjoyment dampened because I haven’t paid up. I have played many gacha games, and while Genshin Impact’s paywall is the least intrusive of all of them, I can’t pretend that the game wouldn’t be better without it.

Genshin Impact is a whimsical, wondrous land dripping with unbridled charm and appeal, combining a ridiculously compelling reward loop with unfettered, continuous discovery. In this world I felt like a child visiting theme park for the first time — dazzled, mesmerized, and completely swept away. I only wish the shimmering glow wasn’t marred by a ghoulish monetization model, but that’s something I’m willing to overlook for my ticket to this fascinating realm. 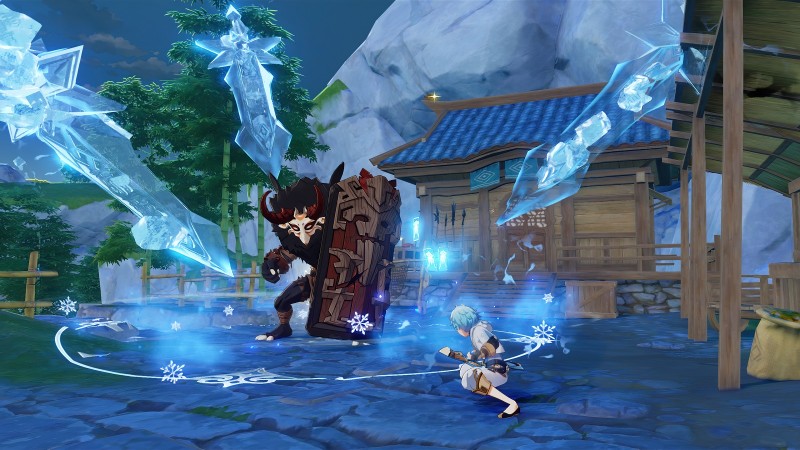 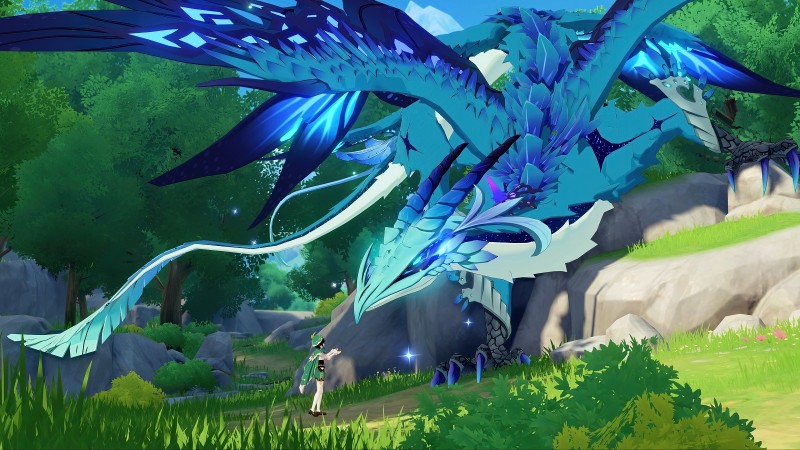 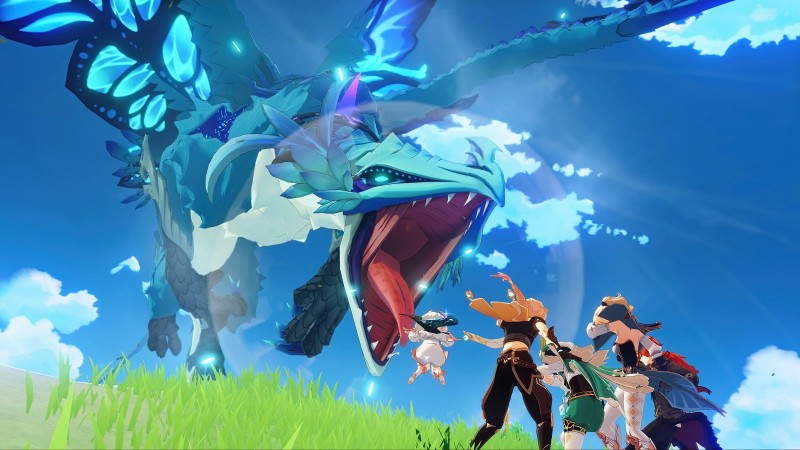 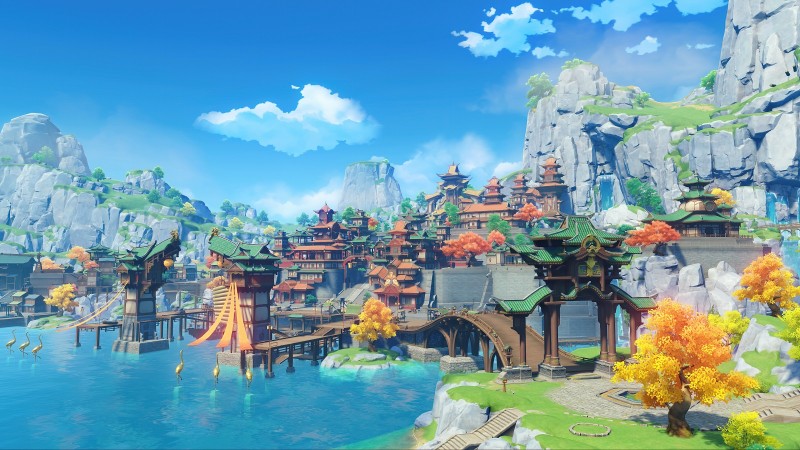 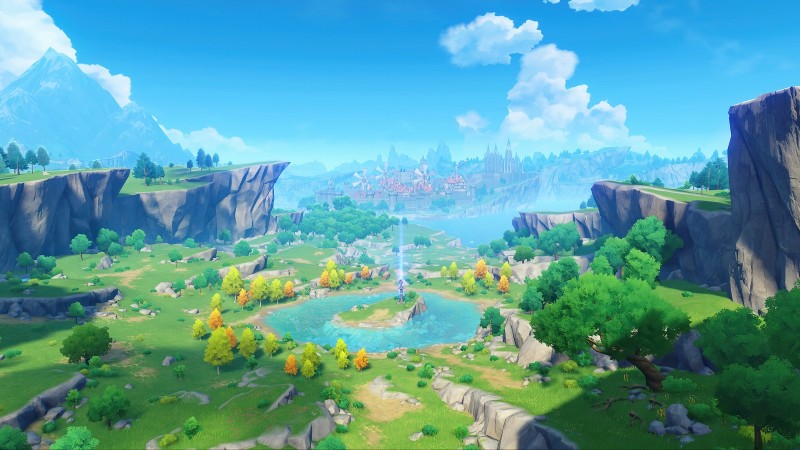 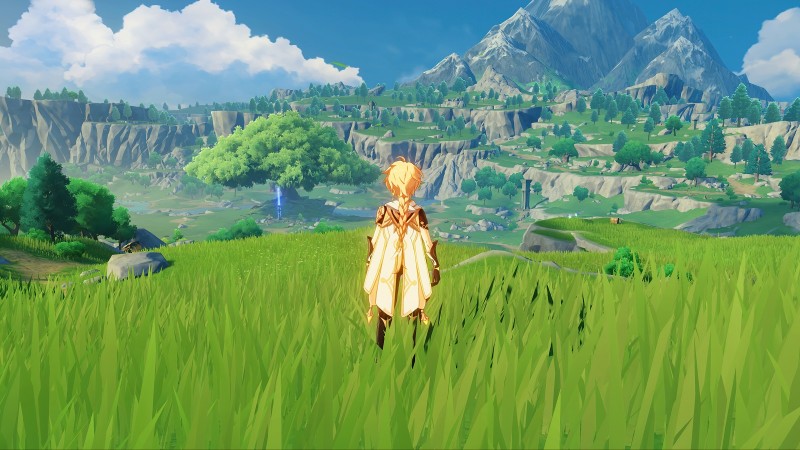 Off
9.25
About Game Informer's review system
Concept
Explore a massive fantasy world while building a colorful cast of characters
Graphics
The aesthetic is so captivating, I often just got lost in the art and scenery
Sound
A stirring, powerful soundtrack accurately captures the sensation of sitting at a quiet pond or dueling a boss to the death
Playability
Genshin Impact drip-feeds its systems slowly and succinctly, as critical features and mechanics are spread out over the first 10 hours
Entertainment
This is an amazing smorgasbord of exploration, discovery, combat, and customization worthy of your attention – despite the presence of a predatory monetization model
Replay
High