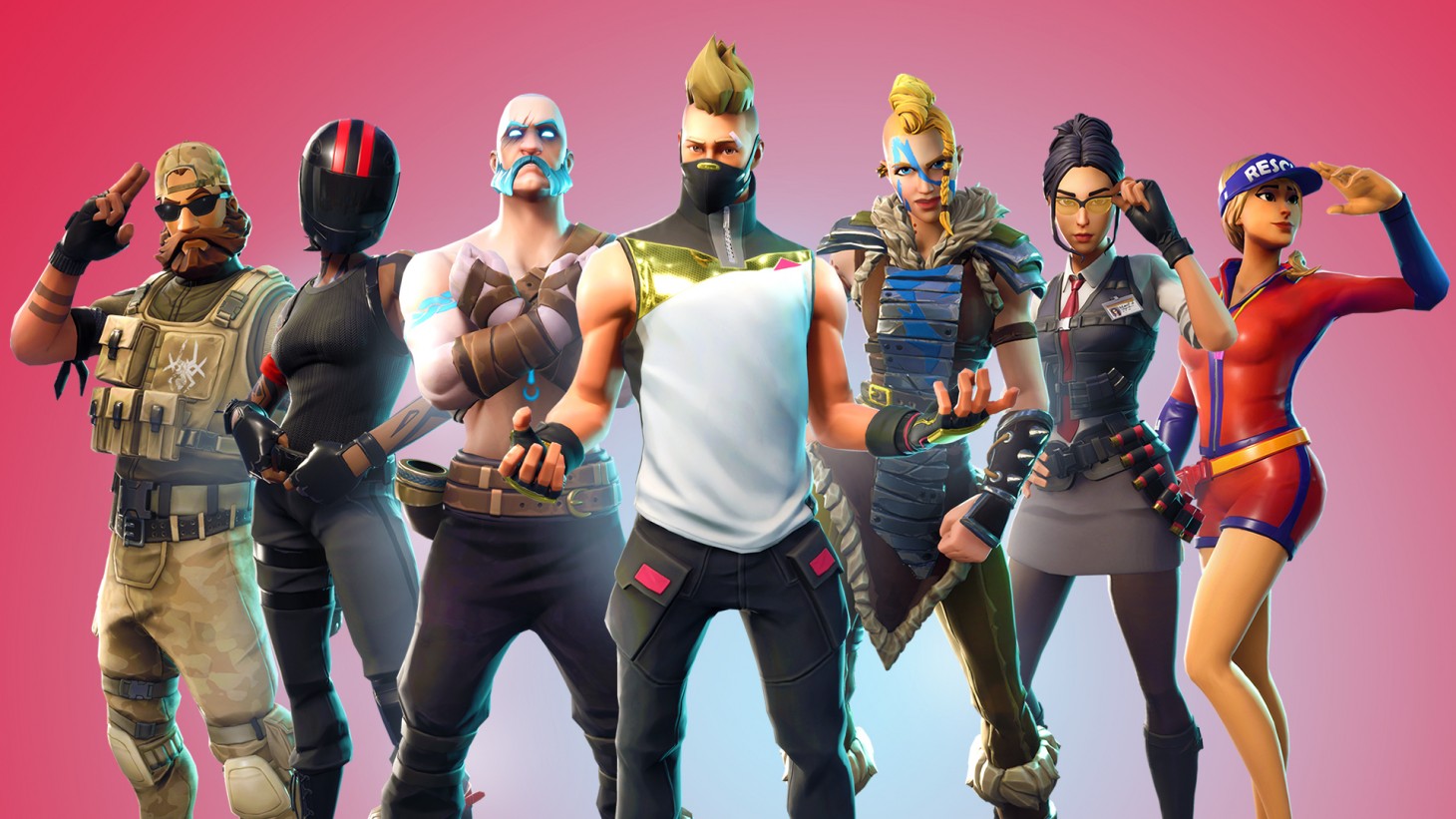 Occasionally, a game comes along that takes off in a way that defies all expectations, breaking into the mainstream consciousness, enveloping pop culture and audiences worldwide. Fortnite is one of those experiences. With two disparate game options, a plethora of llamas, and unlimited replayability, Epic Games is leading the charge in an era that promises to redefine what it means to be a live-service game. While both modes are enjoyable solo, they are far better with friends.

The first game mode, Save the World, is a cooperative experience that tasks players with defending various points and structures via building, blasting, and traps. A variety of husk (zombie) enemies keep spawning and trying to take down your defenses, but a wide array of weaponry and savvy crafting can save the day. Save the World is fun but ultimately repetitive, with many of the hooks revolving around a massive skill tree, busting open llamas to unlock new characters and weapon recipes, and collecting resources. The endless mass of foes and the drip unlock system are enticing at first, but ultimately can feel like a chore and unsatisfying.

The standard premise of each stage is fun: Build a giant base from raw materials, Home Alone the hell out of it with traps, and sit back and pop off a ton of headshots on the unrelenting swarm. Depending on your tolerance for horde modes and home defense, Save the World mode might be perfect for you, especially if you’d rather play with other players instead of against them. Depending on your mood, you can take on more relaxing missions, or put yourself up against some heavy husks, so you can choose your own level of engagement with the terrible tide.

The real star of the show is Fortnite Battle Royale and its sub-modes. The core concept is immediately understandable and offers intense replayability. Dropping out of the party bus, you rocket to the ground, scramble to be first to a weapon among other players, and take out the early competition before they can take out you. You can’t respawn after death, so it’s one and done. However, you can immediately hop right into another match if you die, an aspect that greatly removes some of the sting of defeat.

Should you survive the furtive opening moments, the middle segment of survival and scavenging tasks you with moving from landmark to landmark, looking for weapons, shields, and health to get you through to the next encounter. The walls begin to close in as the storm pushes players together, reducing the field of play over time and forcing action. If you run into another player, the battle is often decided in mere moments, so paying attention to sound and environmental clues (like discarded weapons, broken down structures, or crudely constructed defenses) is paramount. This point of the game is intense and action-packed as you battle for prime loot and seek a spot in the shrinking circle. The final stage of each match (assuming you survive that long) is an often-frenzied combination of building and explosions as powerful guns shred rapidly constructed defenses. Sometimes the best play is just to hide in a bush and let everyone else fight it out, and then clean house. You may get to enjoy a sweet victory rush for being the last person standing or be sent unceremoniously packing by a staircase-jumping tactical shotgun to the face – either way, the adrenaline of every game carries over to the next match, again and again.

The sheer replayability of Fortnite Battle Royale is one of its greatest strengths. Despite there only being one map, nothing ever plays out the same from game to game. Your learned experience about chest spawns, terrain, and weapon functionality carries over, but how these aspects intersect is fresh every time. Maybe you land with 10 other players in the middle of a house, forcing you to decide whether to book it to the next area or go Rambo, hoping to reap the rewards as the lone survivor of a grim melee. Maybe you get a great weapon right away, but wander into the middle of a skirmish between two snipers. Like Dota 2 or League of Legends, despite the single primary playspace, the rest of the variables mean that one map is more than enough.

Combine this with the fact that the landscape of the map is continuing to change with every season and you have a winning recipe, one rooted in core gameplay aspects but always adding new quirks and perks. Whether it’s a thermal scope, a ridable golf cart, or turning a swamp into a desert, the never-ending new additions to Fortnite set it far above the curve with constant, consistent updates. Bring a team along and play in squads to experience new tactics and thrills, like building walls around downed enemies or allies to prevent others from reaching them.

New weapons, gadgets, and map locales are not the only things that are always changing. In a 50v50 all out war mode or an actual battle against Thanos from the Marvel universe, you always have a new limited-time experience to try out if you’re suffering from fatigue with the standard brawl. As palate cleansers and diversions, these alternative modes give you something to do after a frustrating loss, with a new playgroup, or just messing around.

Fortnite is an ever-shifting entity, but strong footing has solidified it as a verified phenomenon with fast, fun gameplay and ubiquitous reach. Anyone can play it and have a great time, and although Save the World might get grindy and shotgun climb-and-dives might get a little tiresome, there’s real magic here along with the promise of more in the months and years to come.

This review pertains to the PC version of Fortnite. Fornite is also available on PS4, Xbox One, Switch, Mac, iOS, and Android 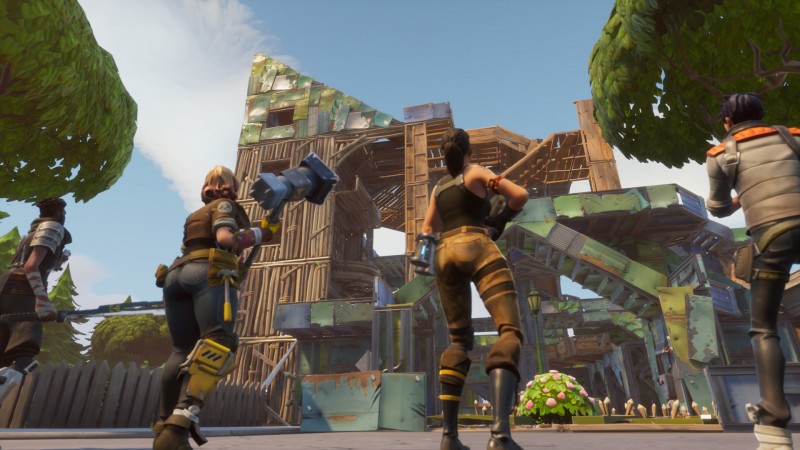 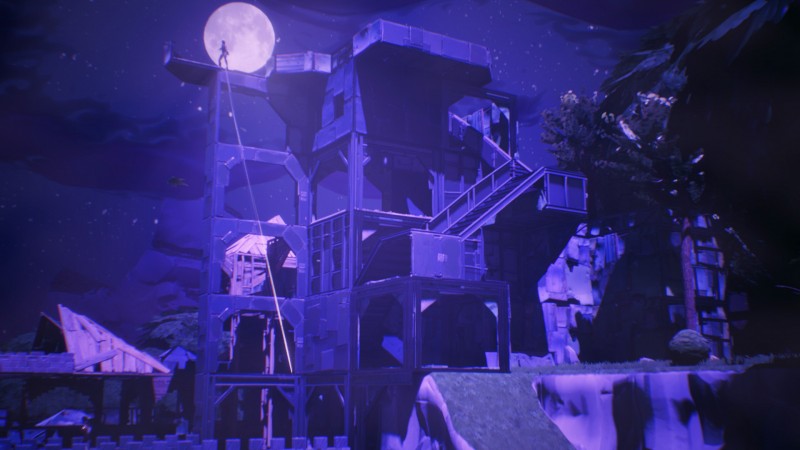 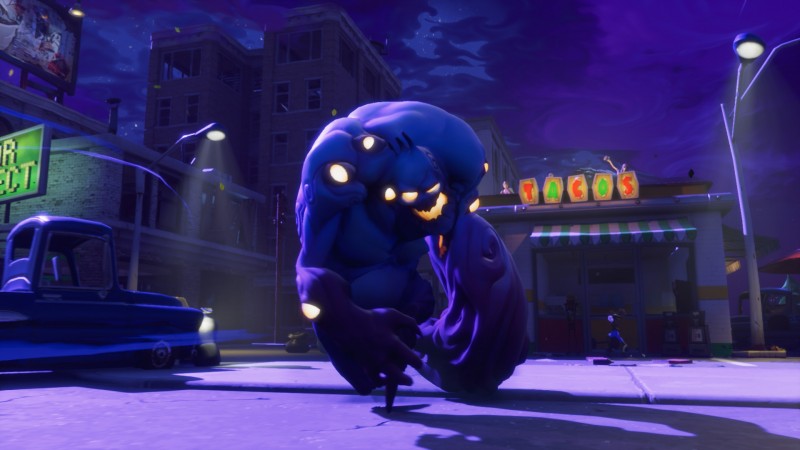 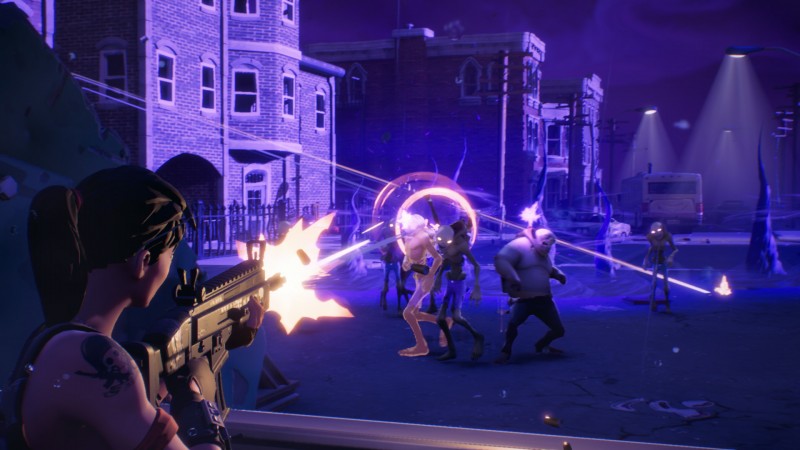 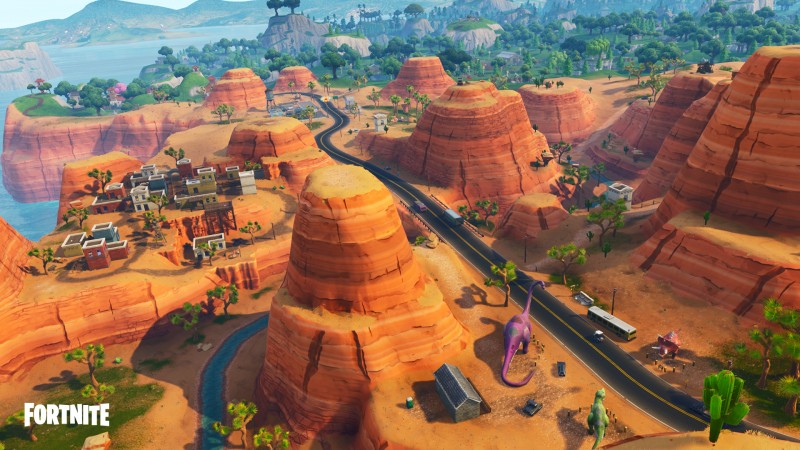 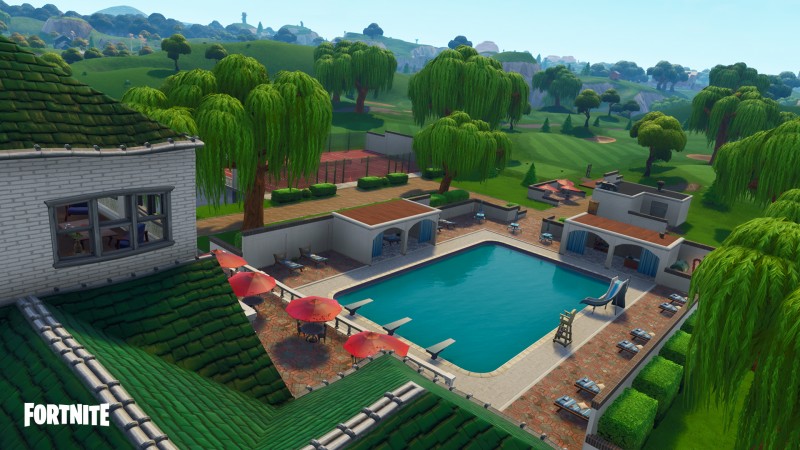 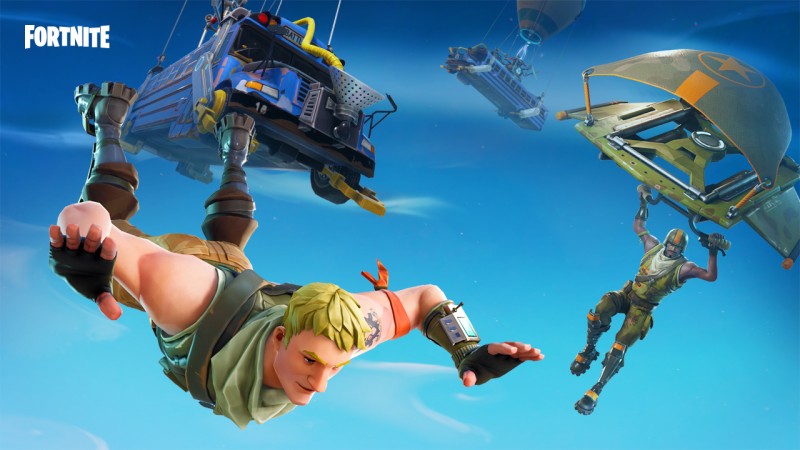 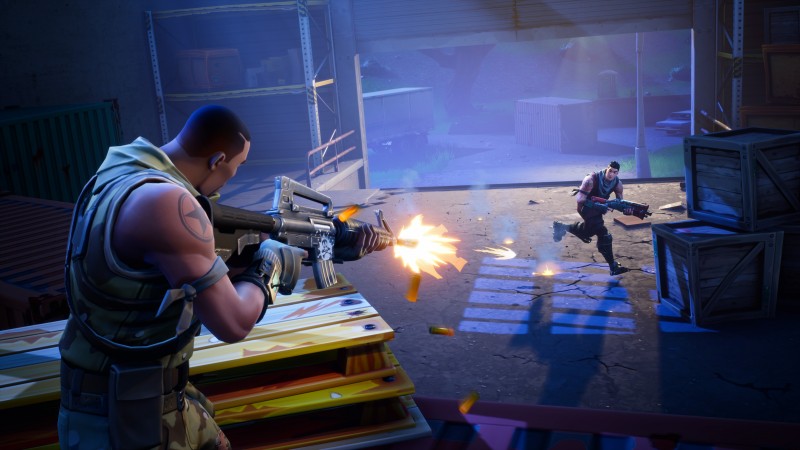 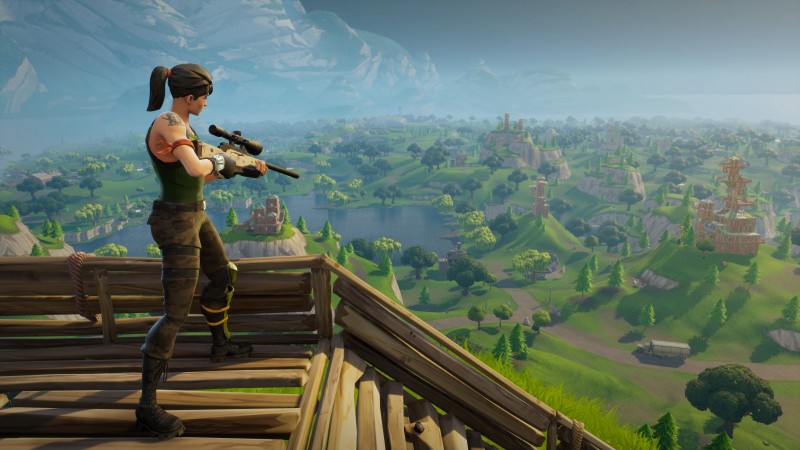 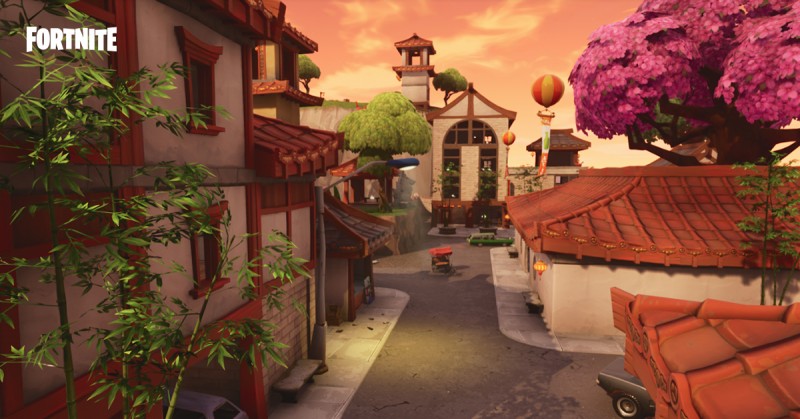 9.5
About Game Informer's review system
Concept
Take on an endless swarm of enemy husks in a cooperative defensive game, or battle against a legion of other players to be the last person standing in a battle royale
Graphics
Stylish and colorful visuals catch the eye and direct the flow of action
Sound
Sound is critical for detecting other players nearby, but none of the effects stand out as anything special
Playability
Incredibly easy to pick up and play, with those seeking to accumulate many wins mastering the art of frenetic building
Entertainment
Playable, watchable, understandable, and enjoyable by just about anyone with a pulse, Fortnite is an absolute blast
Replay
High