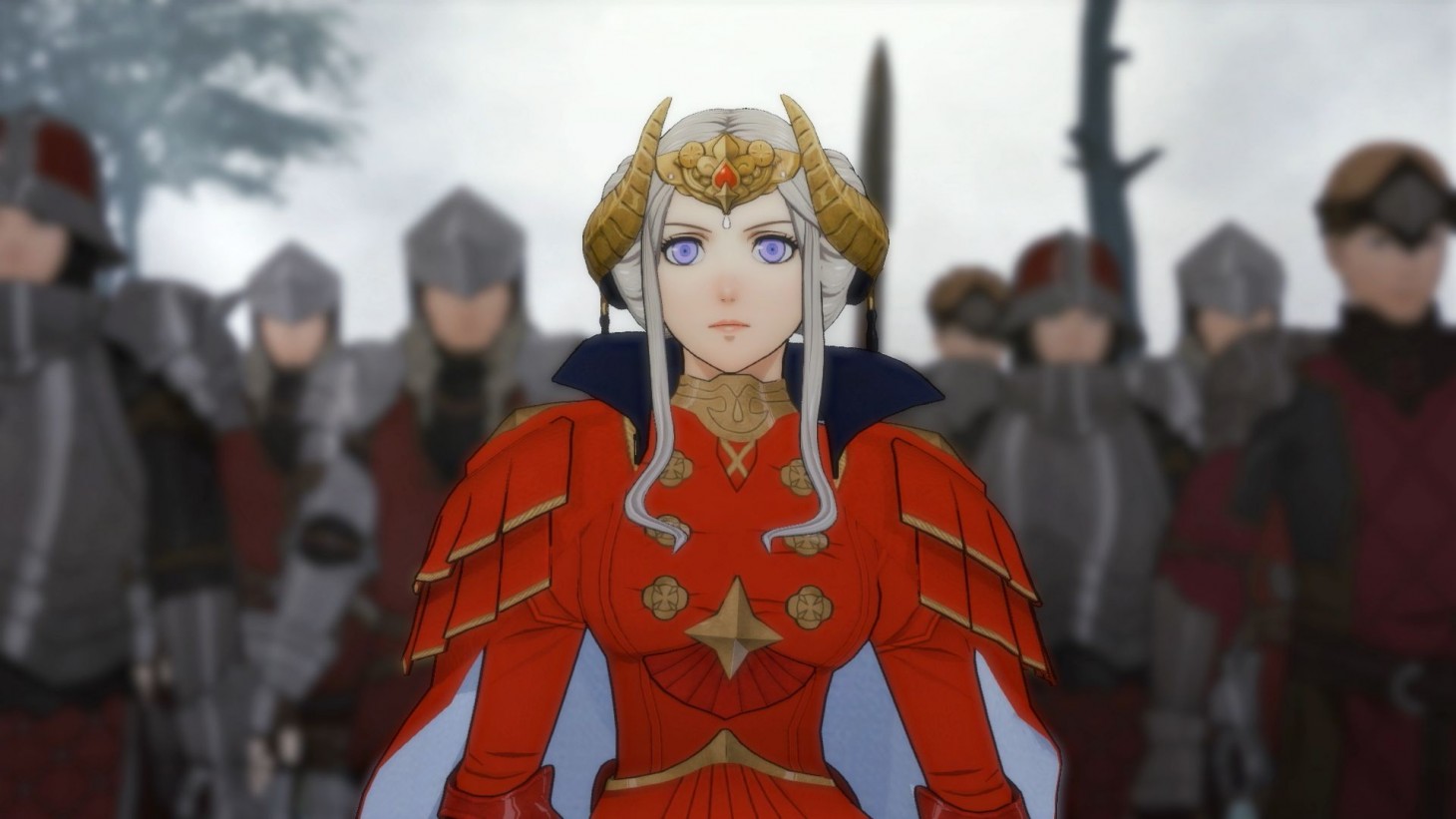 Fire Emblem has always been about going to war and managing comrades along the way. Making the necessary sacrifices on the battlefield while minimizing these losses is the series’ heart and soul, but Fire Emblem: Three Houses goes even further, providing the ability to shape and mentor allies. You play as a professor trying to guide and prepare students for the cruelty of the world; their successes and failures hit hard, and you hope you’ve imparted the right wisdom and focused your students in the right areas of study. This is how Three Houses entrenches you in the role of a mentor, inserting you directly into student life, which enhances the experience in a memorable way.

Everything feels personal in Three Houses, from selecting a house to deciding what side you favor in the unfolding political war. Your house choice shapes the experience, much like the allegiances in the Harry Potter series. Every house has a unique roster of students who represent the noble and commoner classes alike, and your guidance can help them grow in their social interactions and in battle. These students have their own backgrounds that have shaped who they are, and watching them grow is a highlight, but it can also be downright devastating. After all, you can only provide wisdom, and sometimes they need to make their own mistakes.

The three houses also have very disparate leaders, from The Yellow Deer’s laid back Claude to The Blue Lions’ by-the-book Dmitri. Then there’s The Black Eagles’ Edelgard, who seeks to challenge the status quo. All three play an intriguing role in the world of Fódlan's future. The threads for these characters keep you engaged, especially seeing what brings them together... or tears them apart.

The school lifestyle plays an equally important role in your investment with the characters. You become immersed in all aspects of your students’ lives. You pair up which students you want to bond on and off the battlefield by doing things like sharing a meal, giving them gifts, or inviting them to tea (my least favorite thanks to an observe feature that makes it feel like you’re ogling your students). You even have control over their lessons for the skills and classes you want to foster. The only time the game strikes out with this aspect is when it gives you the option to romance your students, which feels creepy. I preferred when my students would build their bonds in combat and it more naturally turned intimate between them.

When you’re not teaching or hanging around the school, you’re on the battlefield helping your students grow their skills so they can take their exam to advance their chosen class. Fire Emblem is still a strategy/RPG through and through, which means every character has a limited movement radius and you must pick the best placement for them each turn. The biggest change is Three Houses’ removal of the classic-but-strict weapon triangle. Weapon choice is still important, but damage is determined by the enemy type you’re facing (such as heavy armor or flying) and what material they’re most susceptible to, rather than a basic rock-paper-scissors setup. For instance, sometimes a steel bow and arrow will pack a greater punch than an iron bow and arrow on certain enemies.

I like this system because it encourages you to constantly weigh your options. Some weapons and skills are better suited for certain situations and a wrong move could be costly, especially if you have permadeath enabled. I also appreciate other new elements that help avoid frustrating deaths, like a limited-use ability to rewind time that reverses mistakes without reloading.

Other new tools also keep things fresh. For each combatant, you can hire and level up battalions, which are a group of soldiers that block damage, while providing special abilities and attack power. These deadly assaults are comprised of different classes, such as mages and archery, and can cause status effects, such as poisoning or staggering foes. Battalions quickly became one of my favorite mechanics due to how they improve your odds against tougher threats like beasts and dragons. While they're risky because of their reduced accuracy, they are equally valuable because you're not risking a counter-attack. They became essential to my strategy as the battles progressed.

Combat arts, special attacks that take more weapon durability, also add some variety to your battle options, though I felt they lost their value as your power grew through your class type. They were one of my least favorite additions.

The battlefields themselves get repetitive, and I was disappointed to see the creativity in terms of terrain diminish as the game goes on. Even so, the thrill of watching your students get stronger and obtain new skills is hard to top, especially as you see the rate of their criticals rise. A memorable final battle gives you a place to prove your combat prowess as it pulls out all the stops, from traps to heaps of enemies filling your screen, giving you a fun opportunity to overcome the odds.

Three Houses has plenty of mysteries to uncover, and despite some predictable twists, you get big payoffs from the relationships you build. The story has shades of gray that pervade branching story paths, and the consequences of your choices are rarely clear-cut. I kept multiple save files and experimented with two of the houses, and while I only played Edelgard’s arc to completion, I saw a lot of variation between the houses and narrative branches. I was surprised at how quickly I wanted to load up a new game after completing the 55-hour main campaign, and was impressed at how different each experience feels.

Fire Emblem: Three Houses is ambitious, and takes more chances than previous entries in the series. The way it lets your role as professor play into both the narrative and gameplay is nothing short of fantastic. This is the most I’ve ever cared about my Fire Emblem characters, and that’s incredibly high praise. 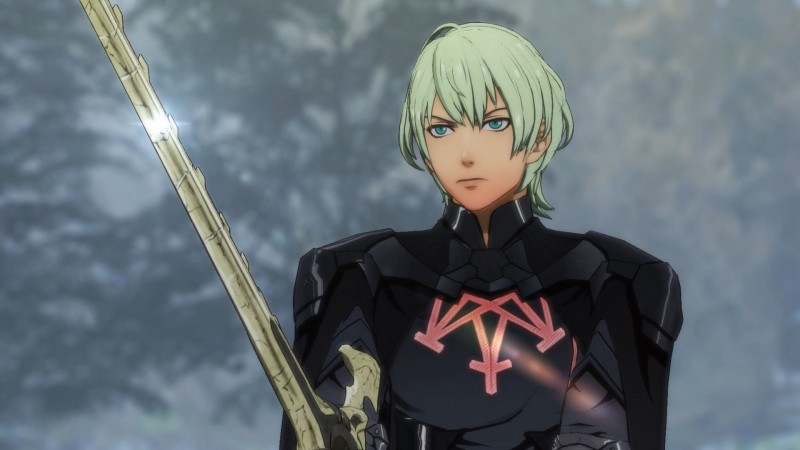 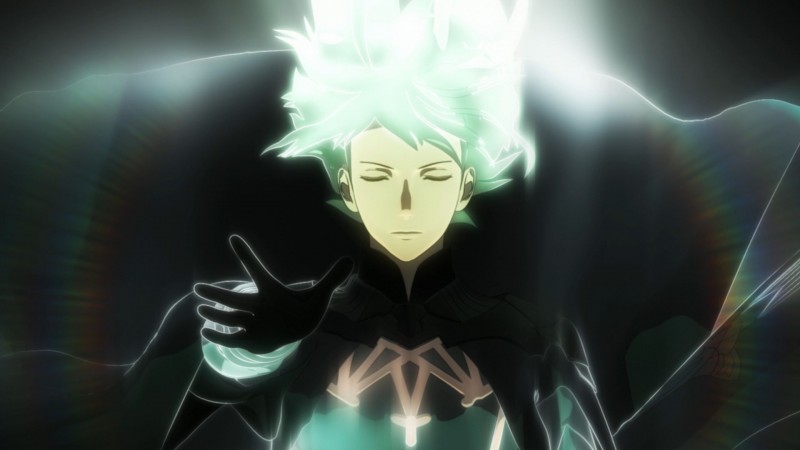 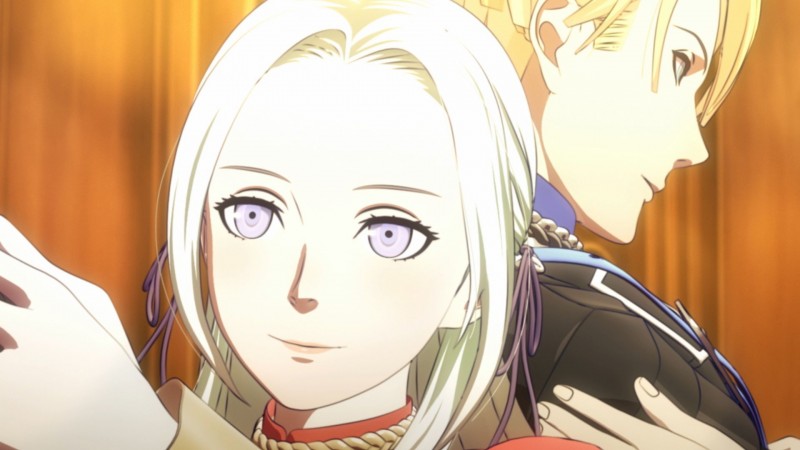 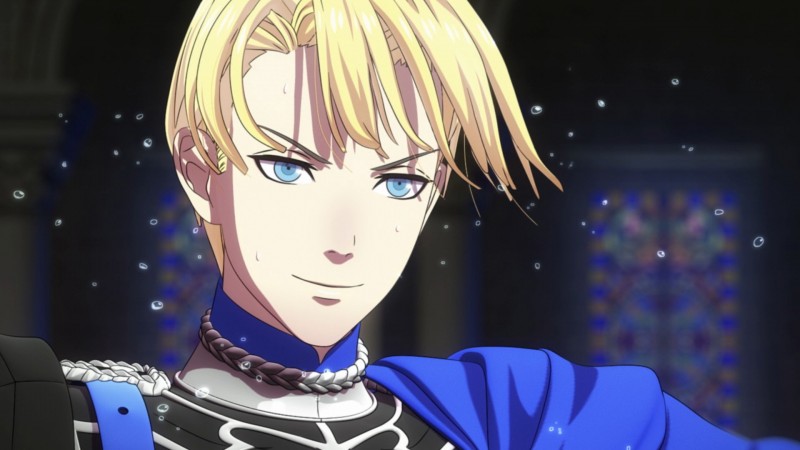 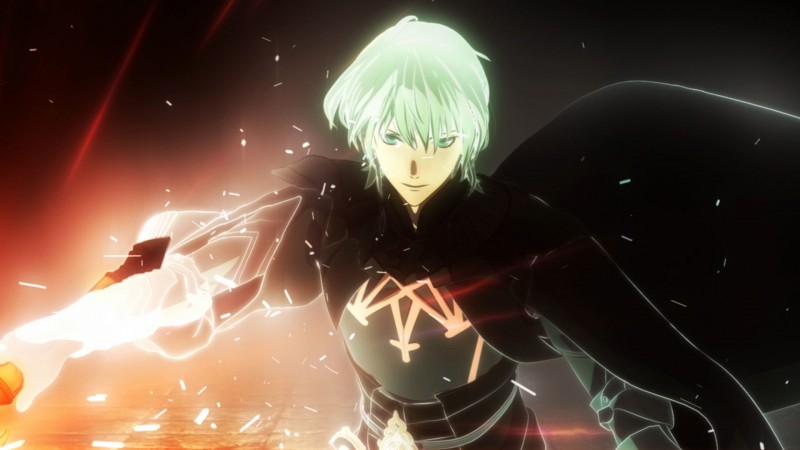 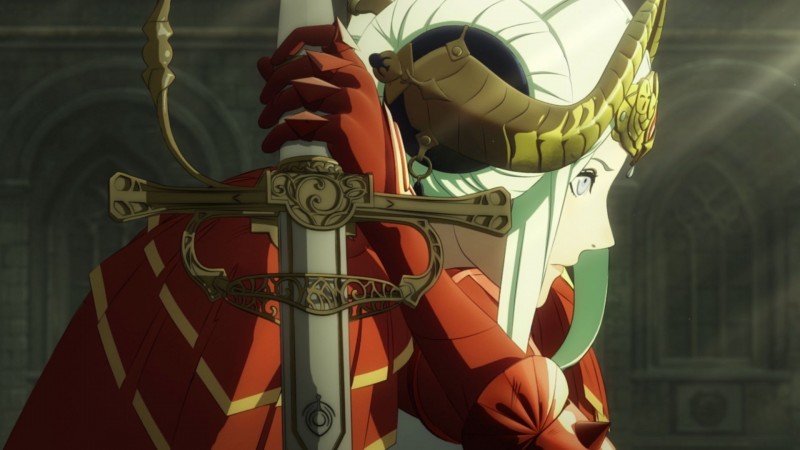 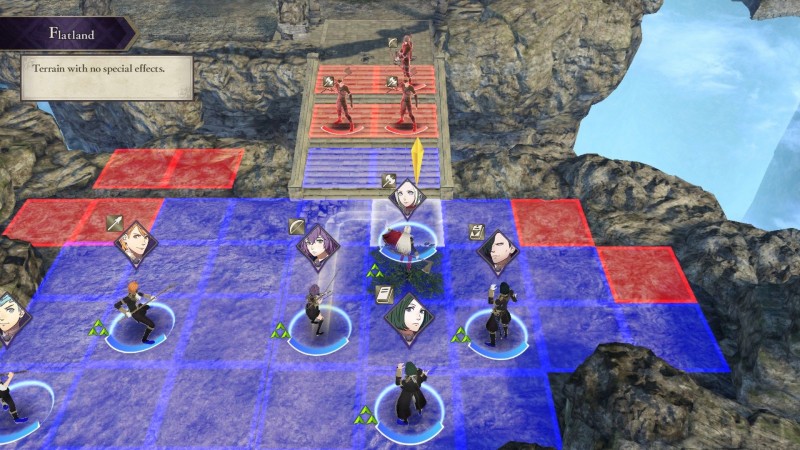 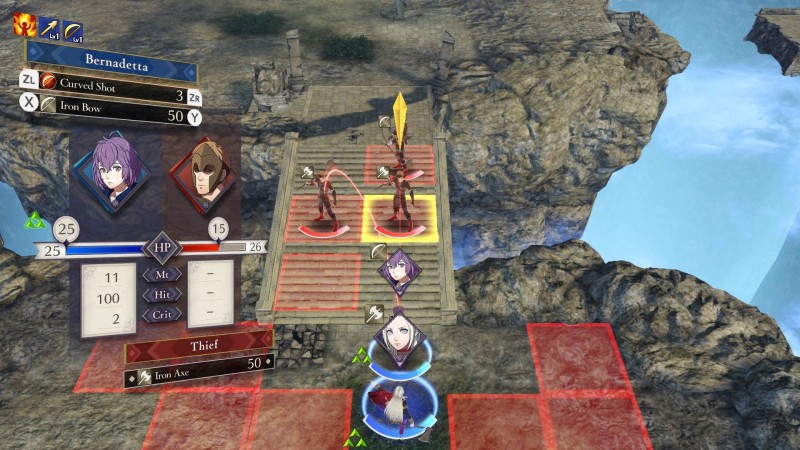 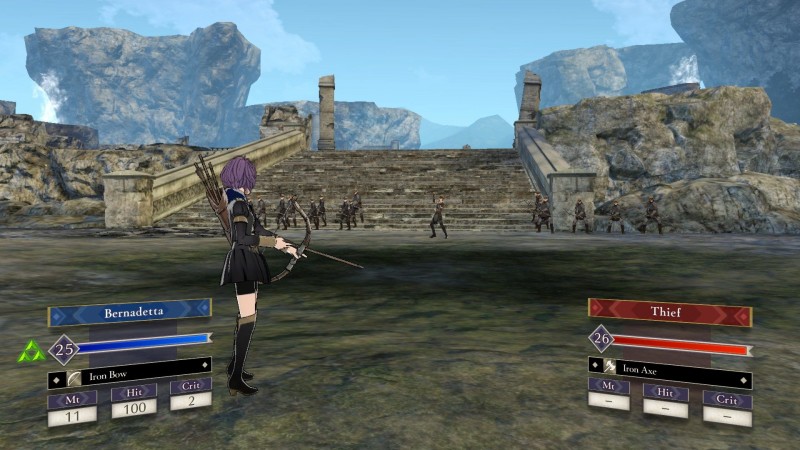 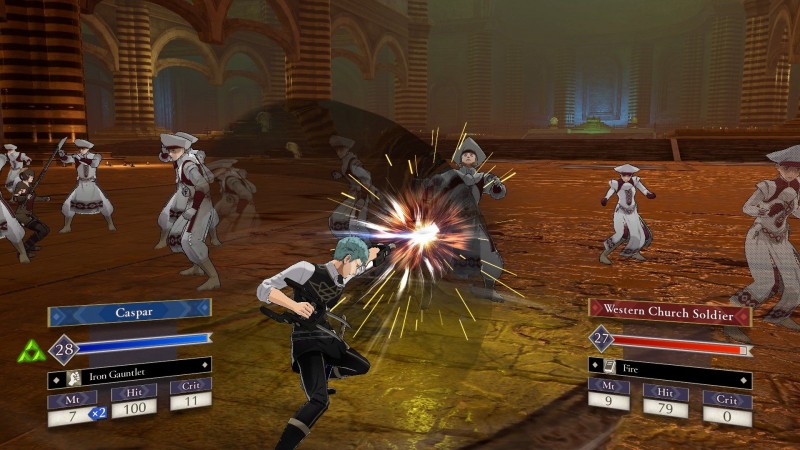 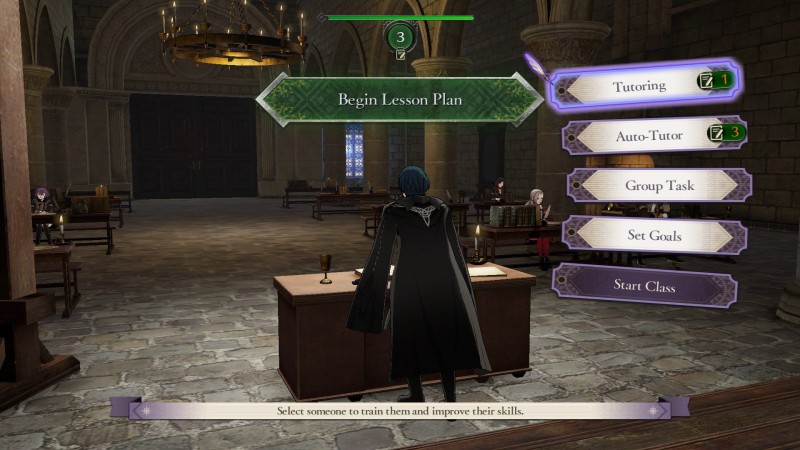 Off
9.5
About Game Informer's review system
Concept
Pick a group of students to lead through political turmoil while solving mysteries about your hero’s origin
Graphics
The anime art style and beautifully illustrated cutscenes look fantastic. Just don’t expect the environments to pack the same punch
Sound
Great voice acting and a solid soundtrack both help enhance moments, but some of the music gets repetitive
Playability
Smooth controls and easy-to-grasp mechanics provide a low barrier to entry for newcomers. Features like an ability to turn back time in case you make a bad move with a turn help, too
Entertainment
Fire Emblem: Three Houses combines fun social elements and tense strategy combat wonderfully, making it hard to put down
Replay
High