The original Final Fantasy VII is one of the most influential and adored games of all time, representing the best storytelling, gameplay, and technology its era had to offer. Its monumental impact on the role-playing genre is hard to overstate – but even harder to replicate in today’s landscape. That struggle between history and innovation is the engine that drives Final Fantasy VII Remake; the legend of the original looms large over it like the metal plates above the slums of Midgar, but this new version refuses to simply exist under a shadow. With smart (and surprising) additions to a classic world and its inhabitants, Final Fantasy VII Remake artfully appeals to nostalgia without being bound by it.

The story follows Cloud and a small band of mercenaries as they fight back against Shinra, a huge company with its hands in everything from experimental weapons to space travel. If you played the original, you will recognize many locations, people, and plot points. But Square Enix has also liberally reimagined and reinterpreted many elements – but not so much that anything is unrecognizable. This is Final Fantasy Remake’s biggest asset, because it lets old fans relive their memories while welcoming new players with its iconic characters and unique setting.

Cloud and his companions are still the heroes, but the city of Midgar is the real star now. This game is entirely focused on the portion of Final Fantasy VII’s story that unfolds in this industrial, corporate-controlled metropolis. Midgar’s political conspiracies, everyday desperation, and quiet hope shine through as you explore the different neighborhoods and see the consequences of Shinra’s greed. People live in grimy shacks, huge reactors drain the planet’s life force, and ruins stand as reminders of past tragedies. The maps aren’t as freeform or dynamic as an open-world RPG, but I still appreciate the opportunity to linger in an area and get to know its citizens – if only through a selection of basic side quests involving item retrieval and monster killing.

If you’re comparing versions of this world, the remake offers a dramatic expansion of many areas. A whole settlement replaces the few static screens that once represented the sector 7 slums. Wall Market is now a lawless den of sin rather than a few sketchy tents. These areas feel like natural extensions of the world, building the lore and adding context to characters’ interactions. However, a few new zones feel like overcomplicated padding, such as a prolonged and uneventful journey under the sector 4 plate. But even if the experience doesn’t maximize every minute, my thorough 50-hour playthrough (plus some post-game content) provided plenty of memorable moments.

Many of those moments are thanks to Final Fantasy VII Remake’s battle system, which is a compelling fusion of stylish action and conventional turn-based mechanics. You control the characters’ basic movement and attacks directly, but can select specific spells and special moves through a menu. This gives fights a kinetic, cinematic flair without sacrificing the need to carefully assess the evolving situation. Every party member controls differently, and you can swap among them on the fly; you might weaken an enemy from afar with Barret’s arm cannon, but then go in with Tifa’s powerful melee strikes once the foe is staggered. This approach is an immensely entertaining way to let each character shine, and fantastic animation and creature design makes the encounters look spectacular. They don’t require pinpoint precision, but they also don’t reward button-mashing, so a majority of battles find the perfect balance between strategy and style.

The battles that don’t hit that sweet spot are aggravating, since they feel unfair rather than challenging. One downside to the action-heavy combat is that a lot is happening at any given moment, so important information can get lost in the shuffle, like what spells enemies are casting, or when offscreen foes are about to attack. The cheap hits rarely mean the difference between victory and defeat because combat is generally forgiving, but a handful of important boss fights demand more than this system can accommodate. These encounters can devolve into a tedious mess of second-by-second micromanagement, since the bosses have too much health and your control over your allies’ behavior is extremely limited when you aren’t controlling them directly. Even your small selection of powerful and beautiful summoned beasts (which are cool but unpredictable in their implementation here) can’t do much to turn the tide in situations like this. I don’t mind failure when my strategy is flawed; I gladly restarted battles when I needed to optimize my setup to exploit weaknesses. But in these rare fights, Final Fantasy VII Remake loses sight of what makes its combat fun.

When battles are at their best, clever supporting mechanics encourage you to stray out of your comfort zone and explore new strategies. For example, each weapon has a special ability its wielder can use in combat, like the Blade Burst on Cloud’s Mythril Saber. After activating the ability several times, the character learns how to use it without the weapon, which is an interesting way to build a repertoire of powerful techniques while also experimenting with new gear. The materia system is as cool as ever, providing lots of flexibility to try out different playstyles and obtain powerful spells. Other challenges help you dive deeper into the combat, like staggering a certain number of enemies or defeating difficult foes in simulators. Side objectives provide worthwhile rewards, and they are good diversions when you need a break from the main story.

Though the plot follows the same outline as the original Midgar section, that narrative doesn’t always have the momentum to support a full game. The individual character moments are satisfying, and I enjoyed getting to know Tifa and the other members of Avalanche better. But when you zoom out, Cloud and his friends are usually just responding to what happens to them, like rescuing a kidnapped friend or escaping after falling into a trap. Shinra is undoubtedly evil, but you don’t get a clear sense of a master plan from either the good or bad guys, which makes the big picture blurry. This becomes even more jarring during the surprising (even if you think you know what’s coming) ending scenes. They are mildly disappointing as a resolution to this game, but much more disappointing in what they imply for any installments that lie ahead.

Regardless of what the future holds, Final Fantasy VII Remake finds an impressive equilibrium between its past and its present. Square Enix nods to the original without depending on that familiarity, crafting a distinctive world and exciting combat system that feel modern. The new approach still has rough edges, but that doesn’t stop Final Fantasy VII Remake from carving out its own legacy. 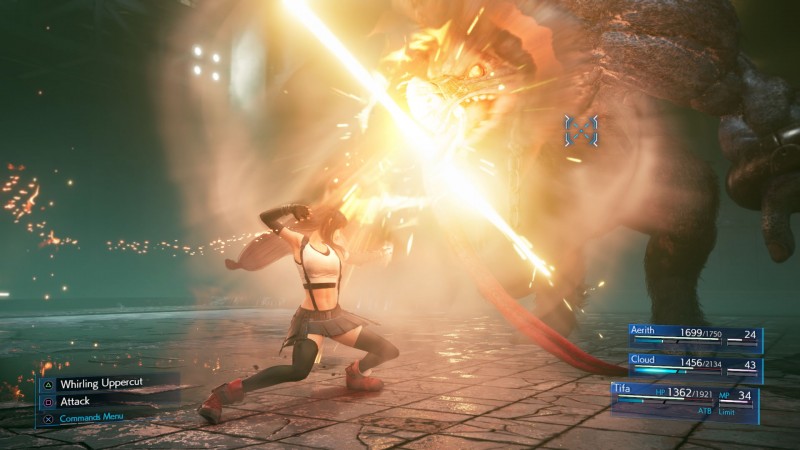 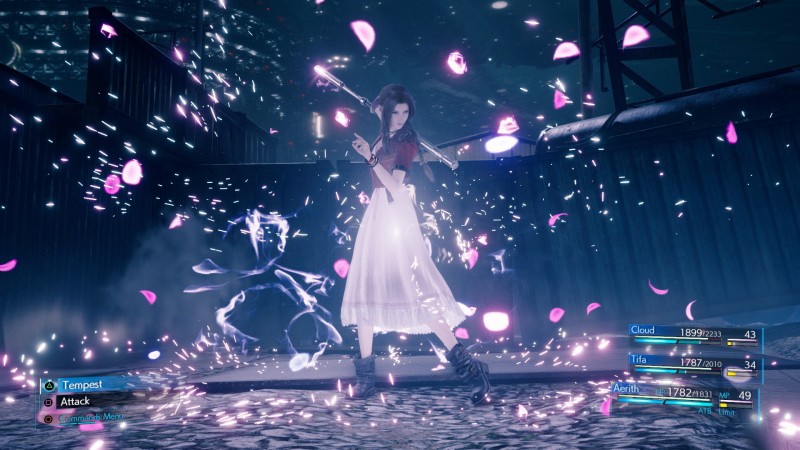 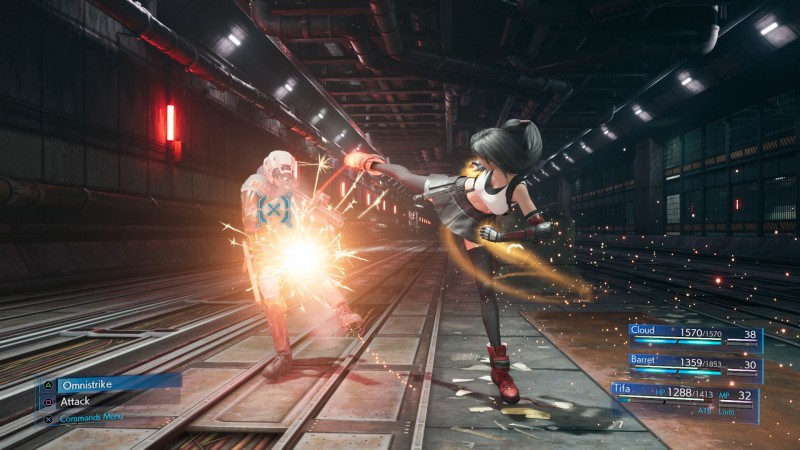 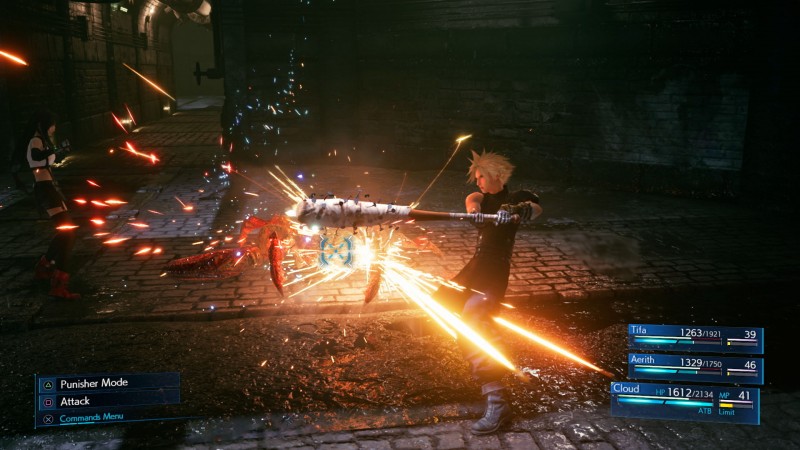 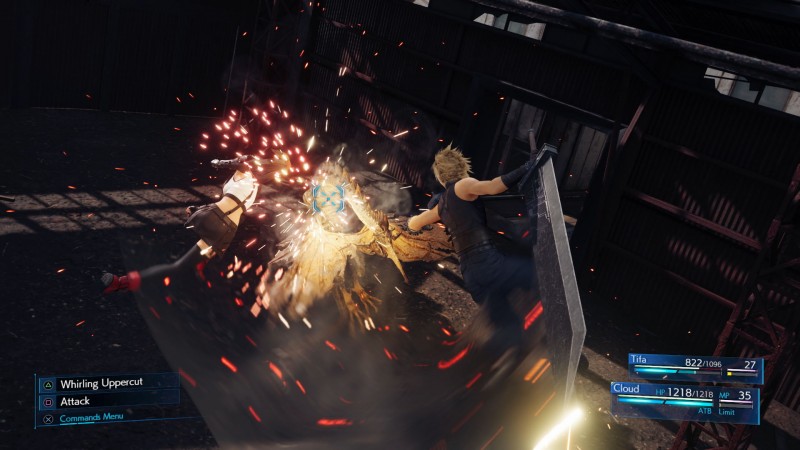 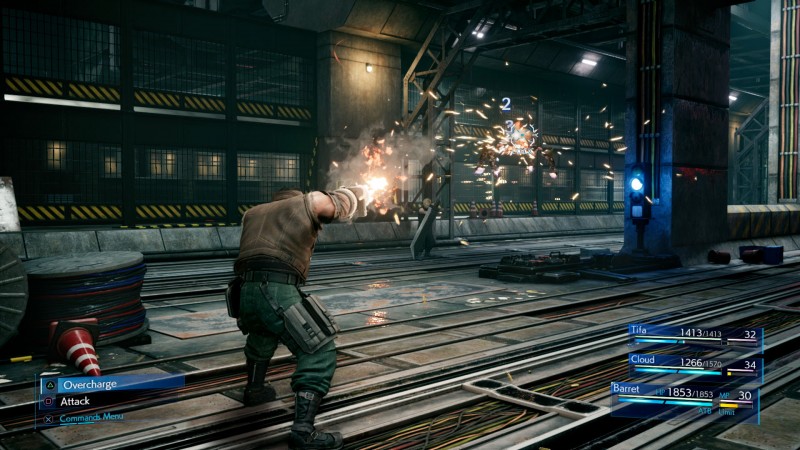 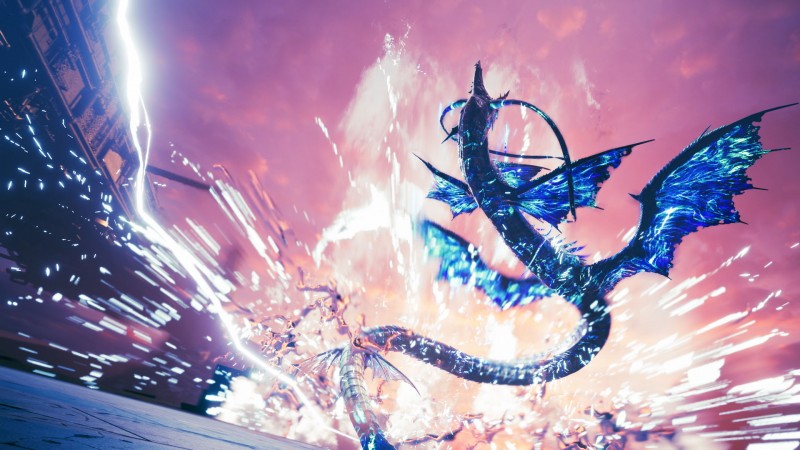 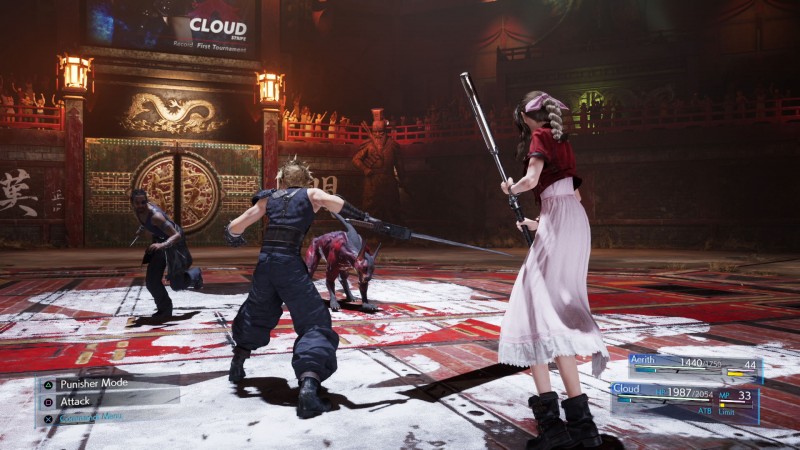 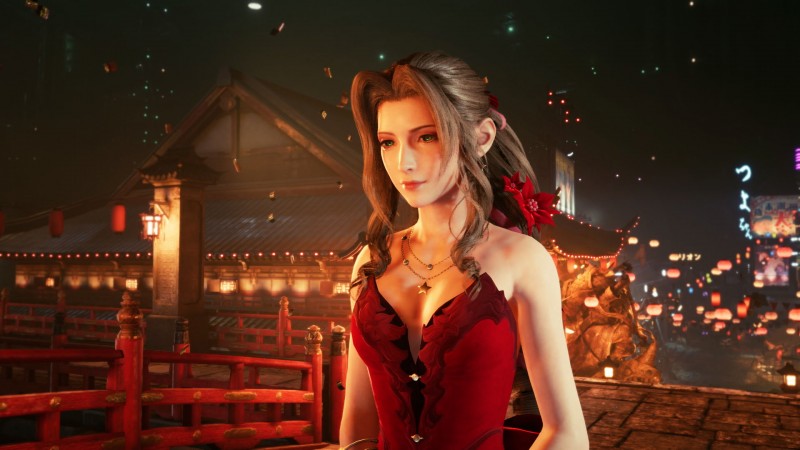 Off
8.75
About Game Informer's review system
Concept
Recreate one of the most popular RPGs ever, including exciting new twists on the combat and setting
Graphics
The main characters, monsters, and cinematics are all gorgeous. Some of the environments have bland designs and textures popping in, but the issues aren’t pervasive
Sound
New music blends well with the revised versions of old favorites, making this an amazing soundtrack. When the dialogue sounds awkward, it’s usually a problem with the writing rather than the voice performance
Playability
Combat and exploration usually feel great, but some overly busy battles make it difficult to parse all of the important information
Entertainment
Final Fantasy VII Remake finds a satisfying balance between innovation and tradition, delivering flashy battles and fun systems mixed with nods for old-school fans
Replay
Moderately High