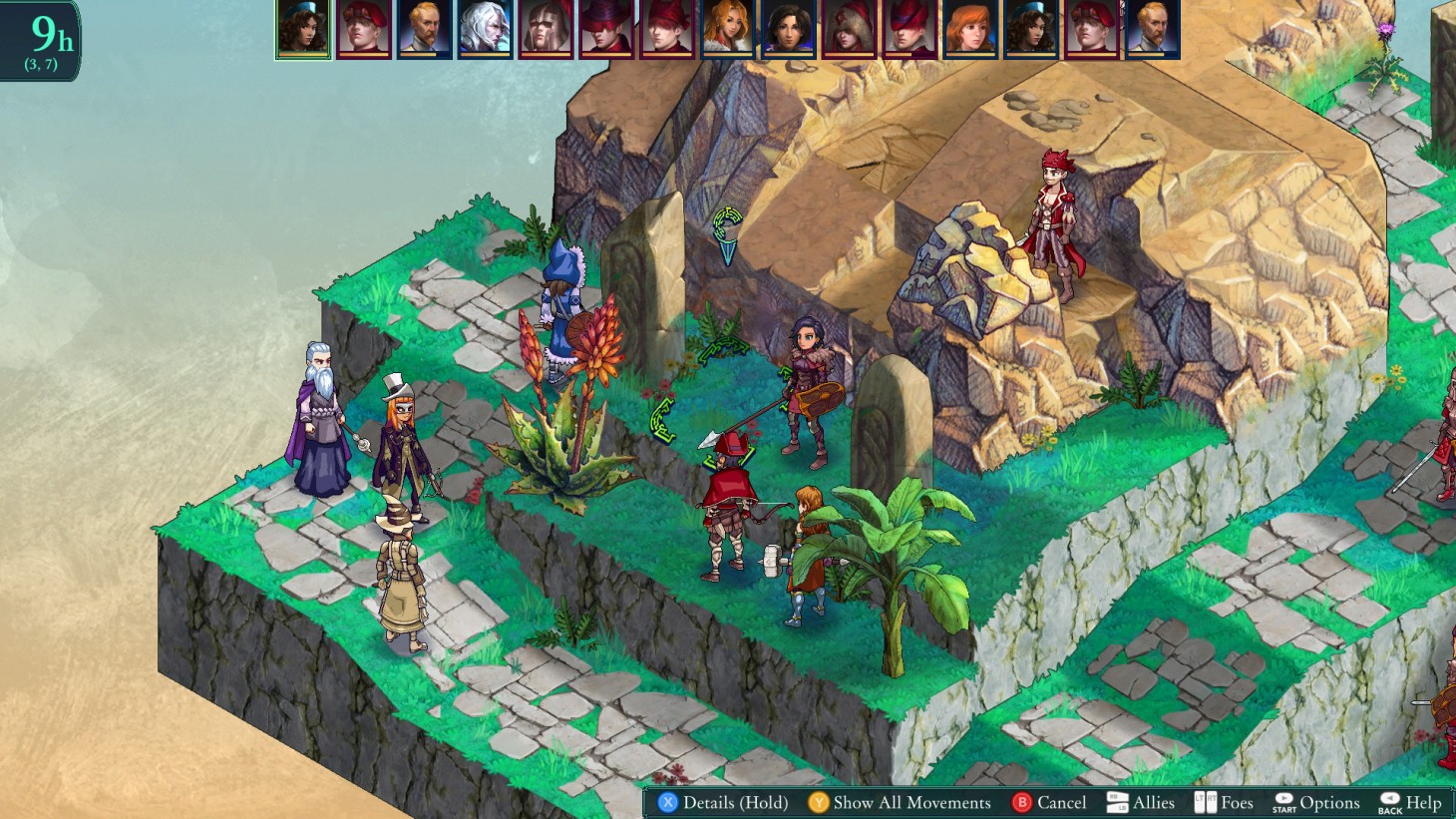 Today's gaming world has no shortage of tactical RPG experiences from XCOM to Fire Emblem, but Fell Seal: Arbiter's Mark goes all-in on adhering to the nostalgic inspirations of one of the genre greats, Final Fantasy Tactics. As an unabashed tribute to the legendary title, Fell Seal hits all the right buttons in terms of combat and customization, but is held back by repetition and an uninteresting story.

Character customization is at the core of everything great in Fell Seal, with tons of classes to unlock and explore. Combining different abilities and movesets is a joy, stacking powerful passives with active abilities. You create gun-toting assassins, hybrid mages that blast and heal, and debilitating debuff masters. In addition, you have a wealth of powerful crafted gear and consumables to seek out, further adding to your arsenal. If you feel like really diving in and doing many extra battles and hunting down secret badges, you unlock special secret classes and monsters to add to your retinue. Character abilities, item usage, and combat all feel religiously true to Final Fantasy tactics, and fans will love every fight as they constantly progress and open up new avenues of advancement. Finding new shops, new items, and new classes stays exciting and fulfilling the whole game through.

Watching your off-the-battlefield decisions play out in combat is great, setting up big plays to kill enemies for bonus resources with special abilities, preparing massive area-of-effect spells to punish weaknesses, and getting the edge by taking advantageous positions. Despite mixing and matching moves to your heart's content and experimenting with class compositions, combat can get tiring. You are often chopping up the same bandits repeatedly to level up your characters in order to change classes and create the perfect combo of skills. The game is deft at attempting to challenge the repetition by offering special random enemies that show up as you engage in these “patrol” missions that are essentially farm grinds, but you still feel the repetitive crunch if you are adequately preparing yourself on the standard difficulty or above.

The story is straightforward and forgettable, but is used as a vehicle to add even more class diversity to the game. As the story progresses, your core cast of characters unlocks special unique classes based on what’s happening in the world and their plotlines, giving you exceptionally powerful abilities that fit in with the lore, like one of your characters unlocking a hidden well of demonic rage or the main character tapping into the ancient powers of the chosen one. Some aspects of the graphics are neat, like setting your character outfits to fit the class, but something just doesn’t sit right about them; the visuals are like a Gobots-to-Transformers comparison, with amateurish sprite-based art and animations.

While Fell Seal: Arbiter’s Mark might lack graphical style and an enthralling story, the combat loop is the stuff dreams are made of for fantasy tactics devotees. If you’re a fan of strategy battles and a plethora of interesting unlocks, this is the game to take you back 20 years, when you met Ramza and Delita for the first time. 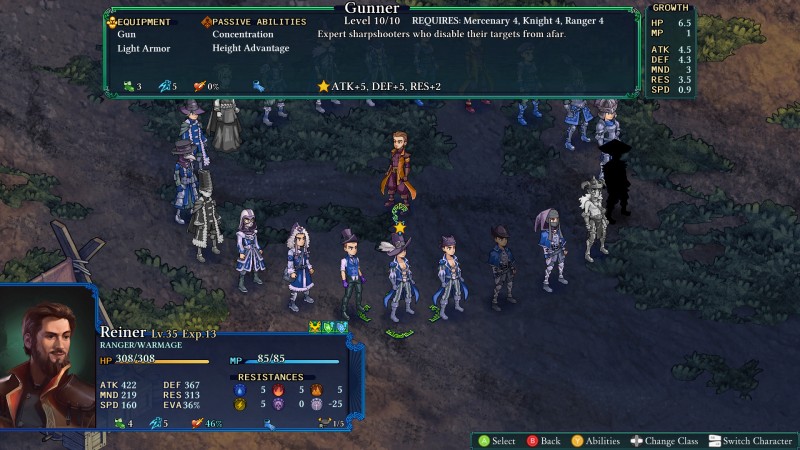 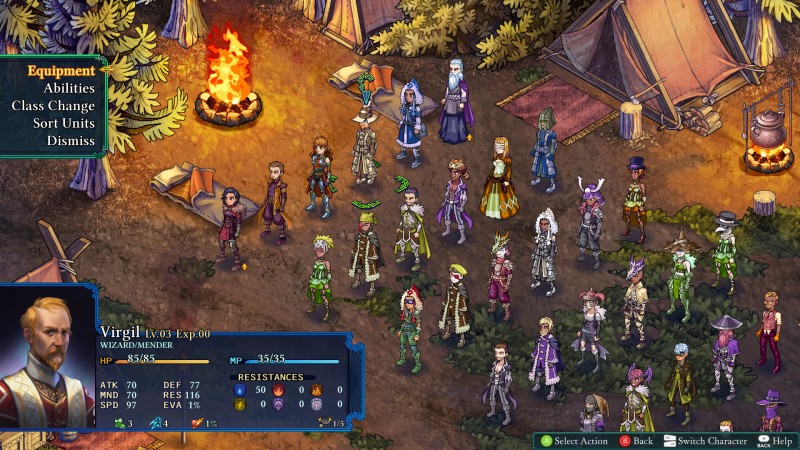 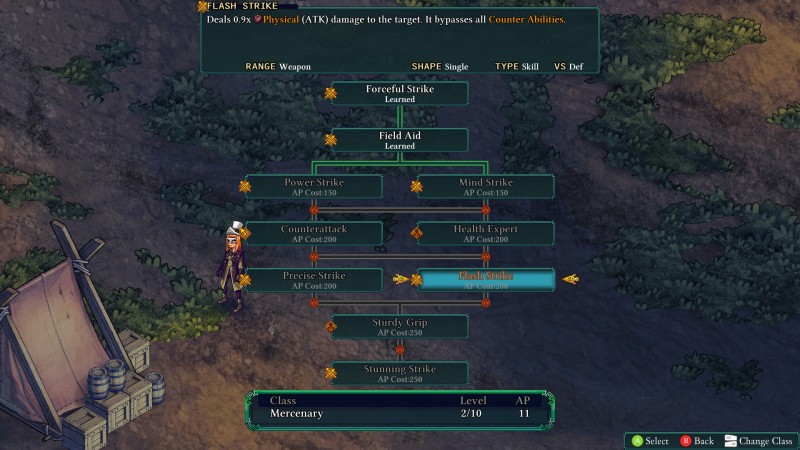 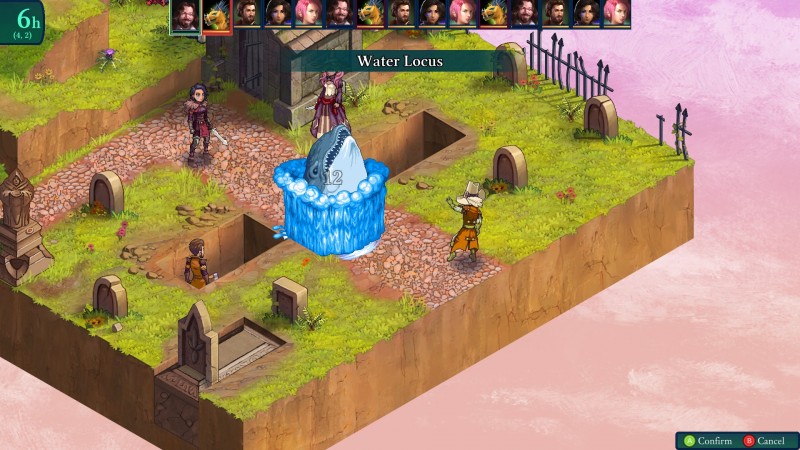 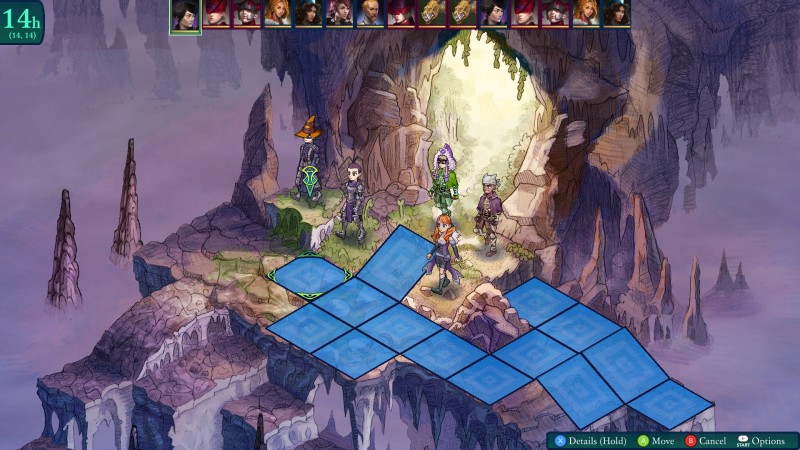 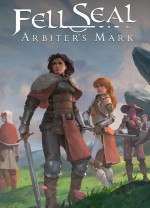 Create the perfect team of adventurers for this strategic journey.

Purchase More Info
8
i
Game Informer's Review System
Concept Form a collection of adventurers to take into a ton of tactical fantasy battles
Graphics The art and animations don't do justice to the action on the field, and even majestic spells play out as unimpressive poofs of pixels
Sound Simple sound effects convey an adequate sense of the world around you with a solid (if limited) soundtrack
Playability A variety of difficulty modes allow you to tailor the experience to your level of familiarity with the tactical RPG genre, so anyone can dive right in
Entertainment Adheres to the tradition of Final Fantasy Tactics admirably, but repetitive encounters and lack of an interesting story drag the experience down
Replay Moderate