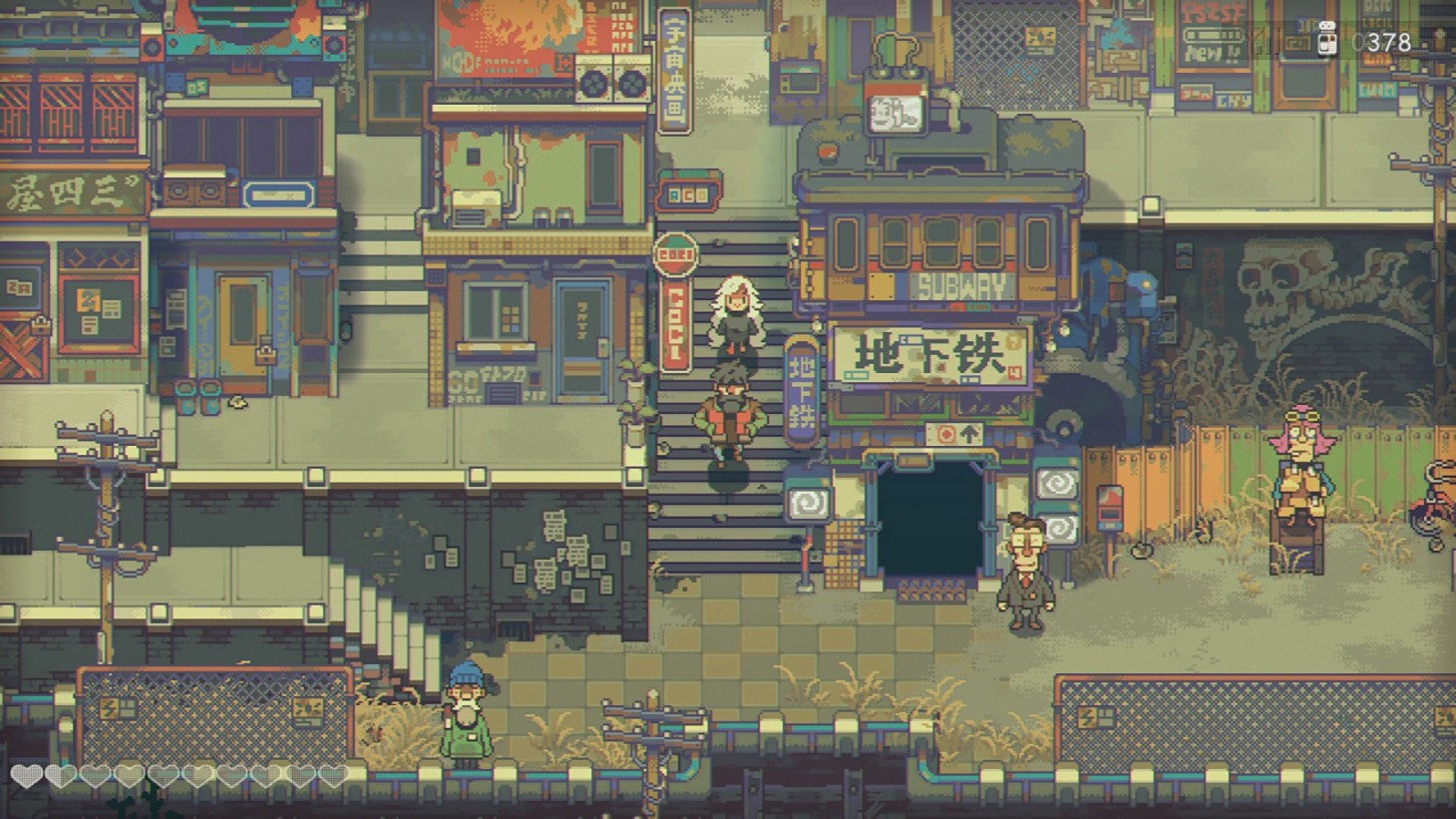 Eastward feels like going back to the days of '80s anime on VHS, where you could experience a clandestine and unusual medium that you couldn’t find anywhere else. As John and Sam, players must head Eastward (whoa, that’s the title!) across a strange and surreal universe. While the characters and lore have a lot of heart and carry this journey to the end with ease, the combat, puzzles, and boss encounters leave a bit to be desired. An excellent score provides an incredible backdrop to pixel-perfect art, creating a whimsical and enchanting atmosphere for this quirky RPG that openly pays homage to titles like Earthbound. In fact, inside Eastward, there’s an entire game called Earth Born, complete with its own (in-game currency) gacha system that’s a blast to play when you just want to take a break from advancing the main story.

The tale starts simply, with a frying pan weapon to swing furtively about, a Zelda-like structure of acquiring heart containers, finding keys to make your way through dungeons, and swapping between characters on the fly to solve puzzles and handle fights. John takes care of the rough fighting at first and uses ranged weapons and a few types of bombs to break walls and take on bosses. Sam can manipulate the world with energy blasts, and she gains even more powerful energy attacks that must be charged up before unleashing them throughout the journey. The combat remains simplistic throughout the game and isn’t really satisfying.

Many dungeons include puzzle segments where the player must control the characters separately, moving them around to interact with the environment to get past elevators, overgrowth, and a multitude of other obstacles. Most of these puzzles are simple to figure out, but a few involve enemies that attack your characters while they are defenseless (forcing you to swap control between them) or involve time trials that overstay their welcome late in the game. Overall, controlling John and Sam both in and out of combat feels alright, but there are only a few truly interesting boss encounters and puzzles, and those are primarily found in the late game.

Surprisingly, Eastward does not live and die by its combat or puzzles. Eastward builds a world that feels real, heartfelt, and intriguing. Many game worlds are crafted around archetypal building blocks that draw upon established fantasy, sci-fi, and other well-traveled ground. Refreshingly, Eastward goes in a bizarre and quirky direction and took me on a ride where I never knew exactly where things were headed. This journey across the world has you escaping an encroaching and deadly miasma. At times, you also unravel other threads that have you exploring the world of organized crime, concepts of time travel, the pleasures of simple farm life, and making movies with a decidedly unusual crew.

The locations and characters that fill these environments are memorable, and I wanted to thoroughly explore the town to make sure I talked to every single NPC. I can’t remember the last time I did that in an RPG, and it’s a testament to what a fine world Pixpil has created. These cozy lore elements probably would have worked with any art style, but Eastward’s combination of spectacular music and pixelated look creates an atmosphere that proves you don’t need 4K resolution and ray-tracing to make something magical. Some of the coziness seeps into the gameplay with the cooking mechanic, where you can craft some amazing meals that provide potent buffs to help take on the more challenging bosses. While I’d love to elaborate more on this world, the less you know about Eastward going in, the more you’ll get out of exploring this enchanting landscape.

While the combat isn’t anything special and the puzzles wear out their welcome, Eastward’s characters, setting, and sounds craft an unforgettable experience. If you’re looking for something quirky, captivating, and somewhat surreal, you’ve found it.

Eastward comes with an epilepsy warning, and it’s an important one. Many enemies emit a potent white flash when they are struck, letting the player know their attack was successful. On particularly large enemies, mostly certain bosses, this effect is especially jarring, uncomfortable, and potentially dangerous to people with epileptic tendencies, so please use caution and heed the warning.
On
On
Off 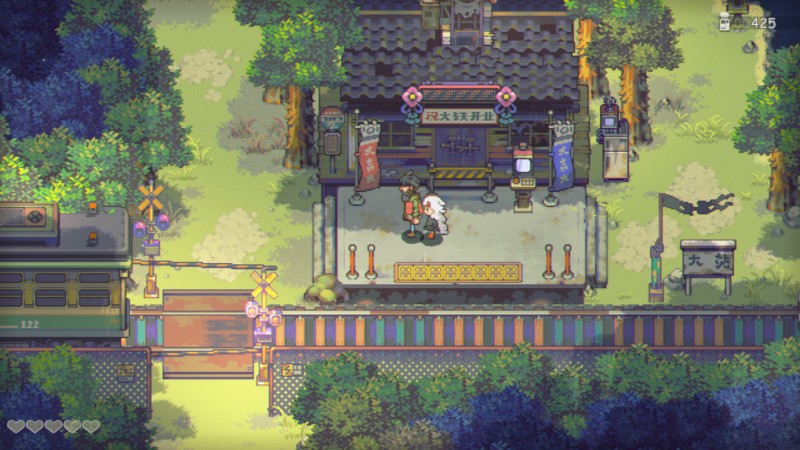 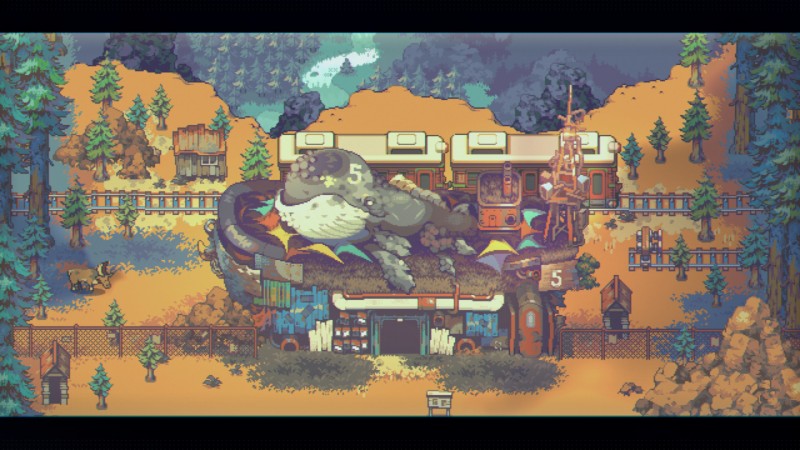 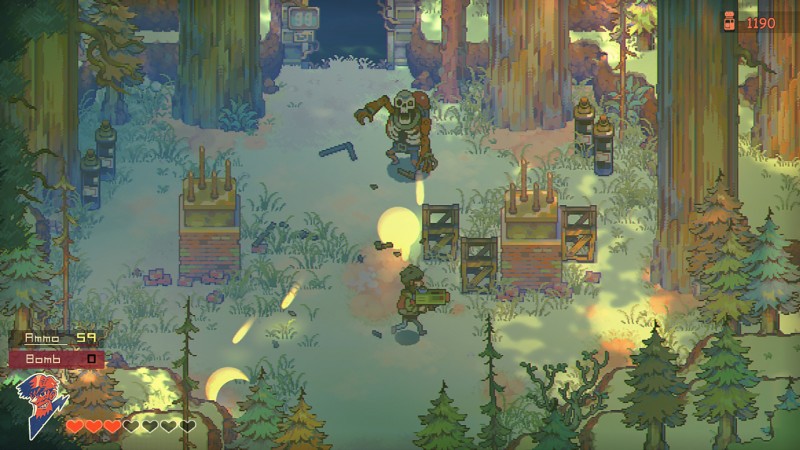 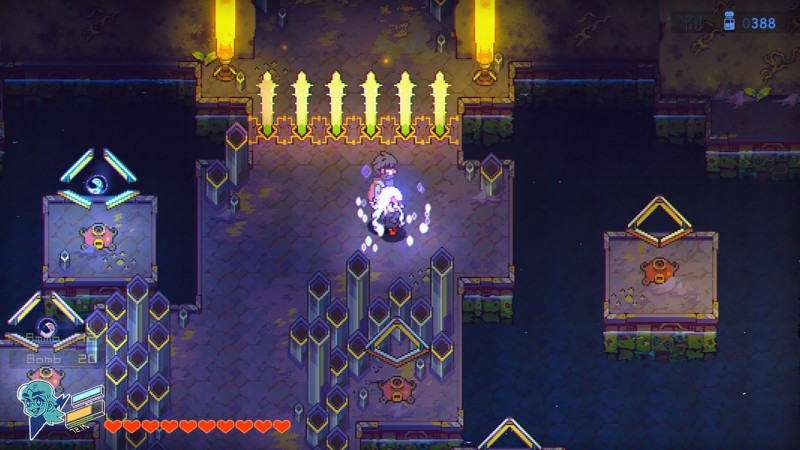 Off
8.5
About Game Informer's review system
Concept
Travel and explore a vast, strange world full of exciting characters, fleeing from a deadly miasma
Graphics
Eastward highlights what you can do with perfect pixel placement, and the art style pulls you into the game and story
Sound
The soundtrack is excellent and helps immensely with immersion, whether you’re in a dark cave or a bustling cityscape
Playability
Combat stays simple throughout the entire experience with a few challenging encounters and puzzles – Eastward is well-suited for any puzzle-loving player
Entertainment
Eastward crafts a cozy journey through fascinating and bizarre realms, featuring a memorable cast. While lackluster combat and a few repetitive puzzle styles tarnish the experience, it’s still a ride well worth taking
Replay
Moderate 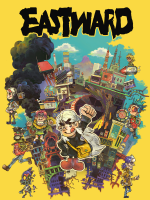