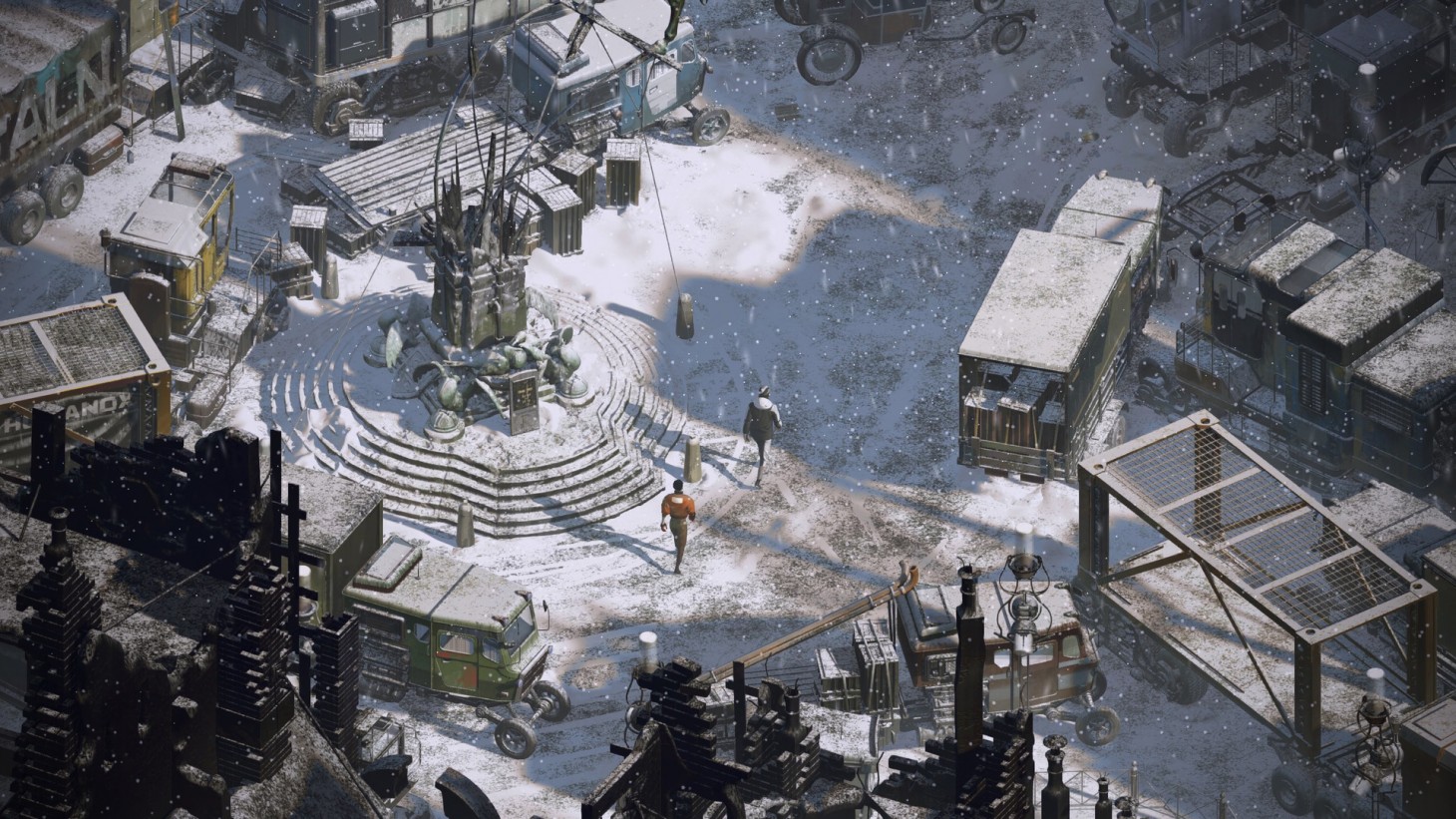 When a detective wakes up surrounded by empty bottles in a trashed hotel room, crime fiction has trained us to fill in the blanks with all sorts of issues – substance abuse, egomania, heartbreak. Because Disco Elysium incorporates some of these common elements, it fooled me into thinking I was in familiar narrative territory. I was not. As the hours unfolded, this investigative RPG surprised and delighted me at almost every turn with its complex world, fantastic dialogue, and ability to convey a constant struggle with the warring facets of one’s own mind.

Both as a human and a detective, Disco Elysium’s leading man is a disaster – but deciding precisely what kind of disaster is the heart of this fascinating, story-driven murder mystery. Is he an alcoholic trash fire? A delusional prophet of the apocalypse? The answer emerges slowly as you search for clues in the fictional city of Revachol, making choices during conversation and exploration that give you a clearer picture of the miserable person you’ve become. Maybe you elect to refer to yourself as a “superstar cop” while sporting a pained grimace you cannot suppress. Maybe you break down crying while telling a young woman to wear a hat. Maybe you botch a sad karaoke song despite your best efforts. The sharp writing in exchanges like these made me laugh out loud, and the game does an amazing job remembering and referencing your previous deeds – even things that seem unimportant – which creates a sense of reactivity and consistency that few games can match.

Even more impressive is how much nuance is communicated internally, through your character’s thoughts. This is made possible through Disco Elysium’s crowning achievement: 24 distinct personality aspects representing your mind and body, each of which may chime in at any time with dialogue exchanges that offer encouragement, provide guidance, or goad you into folly. Though they are a part of you, these aspects also feel like different characters vying for control, with different goals and manners of speaking; Physical Instrument is always eager for violence, Authority wants to assert dominance, and Drama always calls you “sire.” Depending on how you want to play, you may trust certain aspects’ interjections over others, and their frequent intrusions create the compelling sense that your character is always teetering on the brink of sanity.

Since Disco Elysium has no combat mechanics, your investigation’s successes and failures are determined through dice-roll checks tied to each personality aspect, with higher chances for passing if you’ve invested skill points in the appropriate area. The concept is neat, but it feels a little too arbitrary in practice. With 24 different available aspects and no way of knowing which ones might benefit you in the future, the process of spending your skill points is fuzzy at best. For instance, if you neglect Composure in the early hours, you will probably throw up when you first approach the victim’s corpse and be unable to proceed. You can attempt the check again after putting some points in Composure, but earning those points takes time, and you still aren’t guaranteed a success. So, even though the game seemingly embraces a “play how you want” philosophy, it also withholds important and excellent moments if you don’t invest points in specific ways – or repeatedly save and reload to brute-force certain checks – which is disappointing.

Even with some behind-the-curtain issues, the unique world in front of you in Disco Elysium feels magical. Though the sliver of Revachol you explore is small, its history feels as large as a sprawling epic fantasy. People tell you about wars long lost, paranormal phenomena, and deific figures. The attention to detail creates a fantastical setting that still feels grounded; a melancholy thread runs through it all, but the city is cold and desolate, and the people within it reflect that beautifully. I specifically need to praise Lt. Kim Kitsuragi, who is a great companion character and the perfect foil to the protagonist’s spiraling mess of impulses.

A few moments of frustration aren’t enough to dim the surreal glow of Disco Elysium. Trying to contain your glorious catastrophe of a “hero” can be simultaneously amusing and horrifying, and that’s before you even consider the events of the case surrounding him. I won’t spoil any of the major story beats, but the central mystery has immaculate pacing, with new layers and complications folding in at just the right moments. Plus, the payoff is satisfying and surprising. The team at developer ZA/UM only lets you spend a handful of in-game days as a part of Disco Elysium’s world, but now that the case is closed, I hope I can report for duty again in the future. 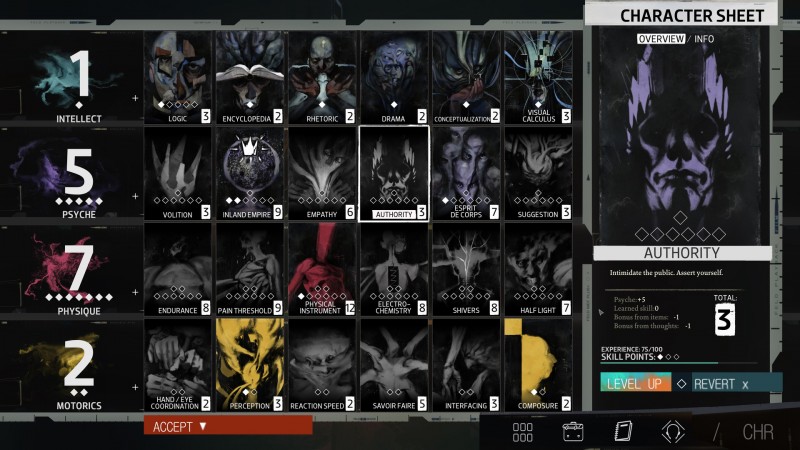 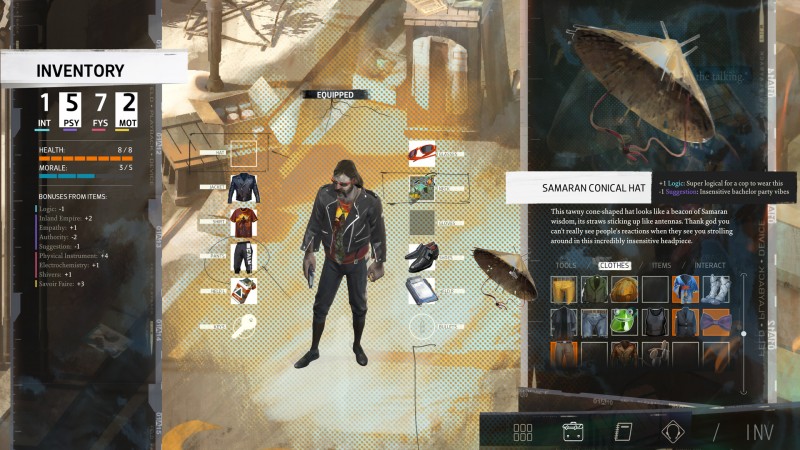 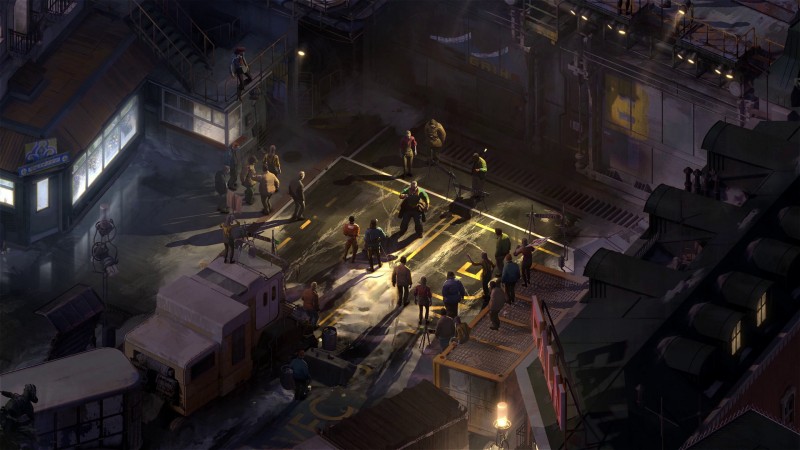 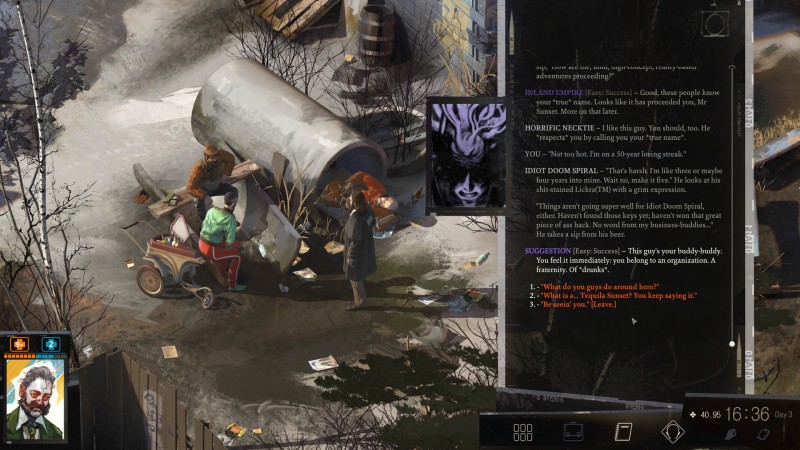 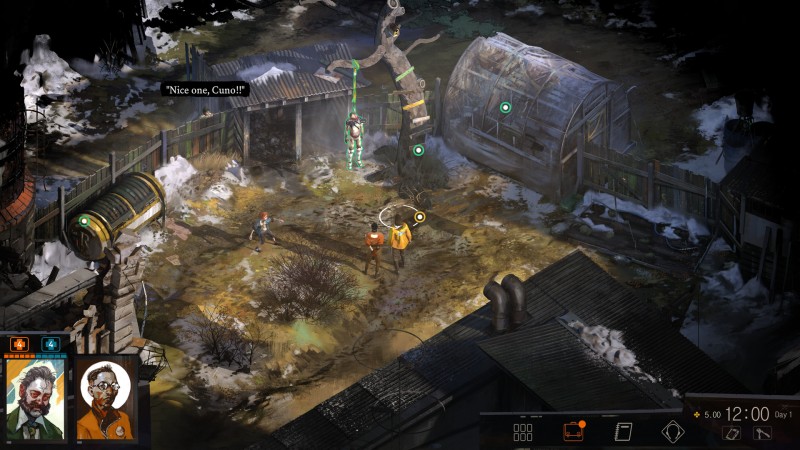 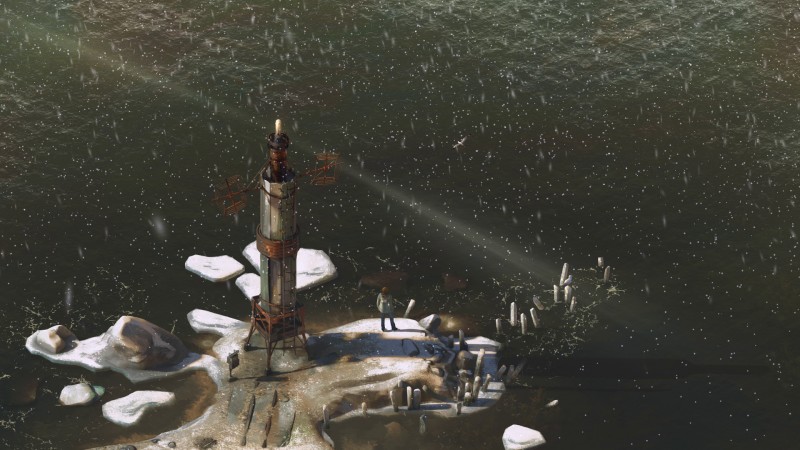 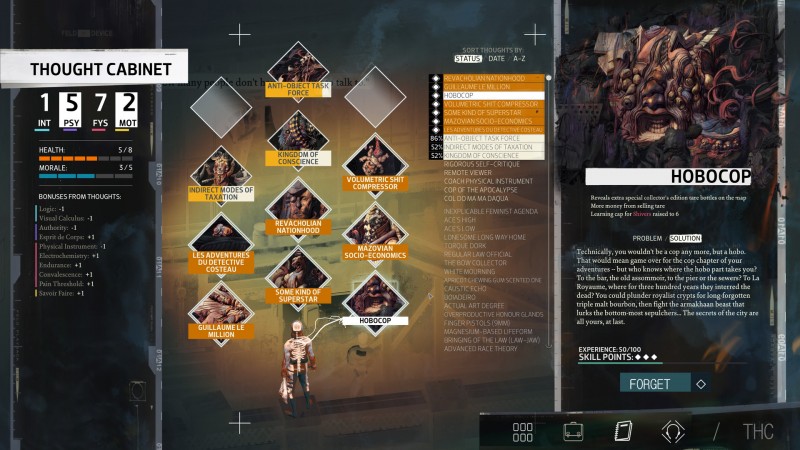 Off
9
About Game Informer's review system
Concept
You are an awful person, but a good detective. These two truths combine as you try to solve a grisly murder while wrestling with your own destructive tendencies
Graphics
The static environments have a stylish, painted look that sells the setting well. The character models are nothing special, but you usually only see them at a distance
Sound
While not every line of dialogue is voiced, you hear enough to get a good sense of the people and their dispositions. The music is atmospheric, but not exactly catchy
Playability
Straightforward point-and-click controls handle all of your movement and interactions. The menus can be overwhelming at first, but it all makes sense before long
Entertainment
The mystery has a satisfying payoff, but the bigger draw is navigating the main character’s competing thoughts and weighing what kind of person you want him to be
Replay
Moderately High