Destiny enthusiasts had a long wait for this latest expansion, and Bungie rewarded that patience with an outstanding installment. The Witch Queen is one of the studio’s most sophisticated releases, both in terms of storytelling and gameplay systems, and that complexity is especially rewarding to longtime players. That same depth across the breadth of the expansion also means it may be difficult for newer or lapsed players to climb aboard. For those that embrace the full scope of what’s on offer, the Witch Queen has both tricks and treats aplenty.

Destiny 2’s story has been building to this conflict for some time, and I’m impressed with the way that narrative investment pays off as so many of the pieces slot into place. Savathûn is a wily and intriguing villain, and it’s great fun to finally see her schemes brought to light. But The Witch Queen’s more impressive narrative accomplishment is the nuance with which it now treats its characters and plotlines. Prior implications of the universe’s simple light and dark duality get systematically overridden with twists rooted in character motivations and moral quandaries.

The campaign missions, in particular, are especially strong this time around. That excellence is thanks to some awe-inspiring environments and several cleverly designed battles, but it’s also enhanced by the new legendary playthrough option. Playing that way, the missions take longer and demand strategic loadouts and careful approaches, but with commensurately better rewards to make it worthwhile. I also am very fond of the new Light-wielding Hive enemies, and the way they shake up combat. As an approach to high-challenge enemy types, it feels more exciting than the Champion system we’ve seen in recent iterations and more rooted in the fiction as well.

Whether fighting those new Ghost-bearing Hive or more familiar enemies, I’m especially pleased with the balance work done on the legendary missions to make them challenging and interesting whether played solo or as a fireteam. The entire campaign experience is framed as a mystery story that plays out across a psychic mindscape of memory and hidden truths, and that narrative framework dovetails into the post-campaign storytelling in a satisfying way.

The new Throne World destination is one of the series most visually intriguing, defined by two extremes. On one side is the towering edifice of Savathûn’s sprawling palace grounds – a testament to her power and moth-like beauty. That aesthetic gives way to a miasmic otherworldly swamp that feels dirty and overgrown. At both ends, there are secrets to uncover and impressive sights to see.

Weapon crafting is an especially welcome new diversion, providing Guardians the chance to shape many of the newest weapons into exactly the form they want. Doing so takes a long time and encourages a mini-leveling experience for each preferred weapon on top of character progression. The options for tweaking and setting a preferred loadout are great fun, but it’s also a system that dramatically exacerbates the game’s already potent currency bloat problem. The process requires so many items that even as a longtime player, I find myself throwing up my hands and just acquiring new resources at random, hoping I will eventually garner what I need. I also have been frustrated by some of the weapons I can’t craft with the system; some of my new favorite additions to the arsenal just aren’t supported by crafting.

The centerpiece to the new weapon building options is the arrival of the glaive weapon archetype; the hybrid weapon is enormously entertaining. I’ve been getting a kick out of its ranged single-shot blasts, blocking with a shield, and then rushing in for a high-risk melee exchange. The weapon type does what a new archetype should do; feel like something new that fulfills a niche and need I didn’t know I had.

The build-crafting potential from weapon crafting is further enhanced by the rework of the Void subclasses. Now structured in the same way as the recently introduced Stasis powers, the new approach to Void is incredibly flexible and powerful. Smart perk and power applications can transform a character’s capabilities. At this point, my biggest problem is that Stasis and Void are now the only ways I want to play; the promised Arc and Solar reworks can’t come soon enough, as they now feel lackluster in comparison.

Alongside the campaign, a bevy of special weapon missions, new multiplayer assaults, and exploration quests have dropped into place, especially if you choose to buy into the season pass. In general, from the new PsiOps to the recently raid-unlocked story missions, the focus is in keeping with what we saw in last year’s content – lots of enemies, big play spaces, and plenty of opportunity for large-scale destruction. I especially enjoy the push and pull dynamic of the new Wellspring activity, as each day vacillates between attack and defend variants. Like with the currency and resources problem, my biggest issue with the newest activities is that the language has grown especially opaque. “Risen Umbral Energy is found by using Psychogenic Intel to decode the Runic Chest awarded after PsiOps Battlegrounds” is a mouthful, even for lore devotees.

At the pinnacle of all these high-level activities is a thrilling new raid. Vow of the Disciple is a deep dive into one of the mysterious pyramid ships, and it’s one of the most novel locales yet, filled with relics of arcane experiments and forgotten cultures. The reliance on visual icons and symbolism is well beyond what players have had to confront before – it’s the equivalent of learning a whole new alphabet of runes – and the encounters have a genuine sense of accomplishment as you learn the vocabulary. I appreciate the technical intricacy of the encounters but do sometimes long for a bit less local vernacular and constant callouts.

The Witch Queen is an especially robust expansion, with a particular focus on customizing the play experience and rewarding longtime players’ investment in story and systems. If it’s not the most welcoming moment for players to jump in, that may be a price the developers at Bungie are willing to pay at this point. The long-running story arc that opened in 2014 is gradually steering toward a climax, and it’s possible the developers are increasingly interested in building a ride for those who have been in the vehicle for a while now. 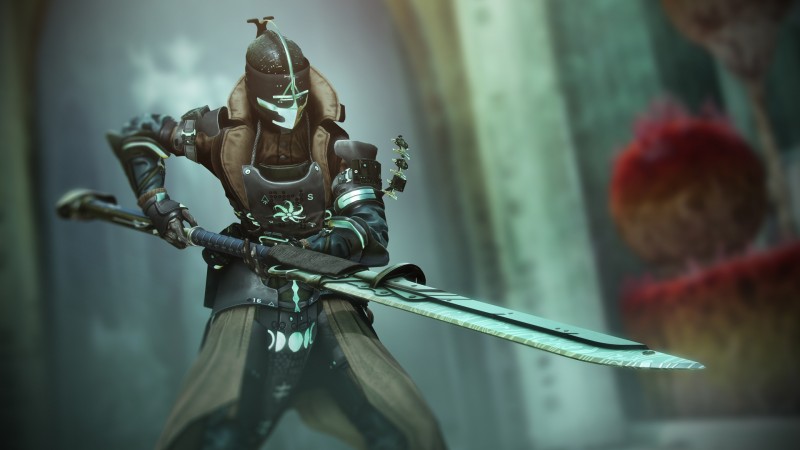 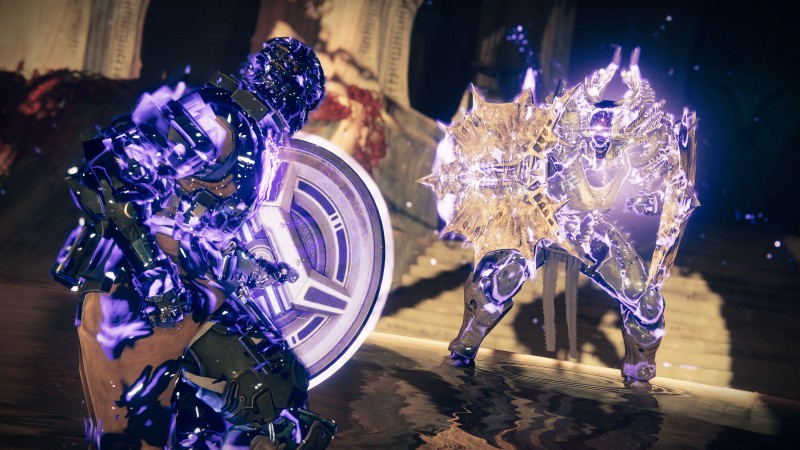 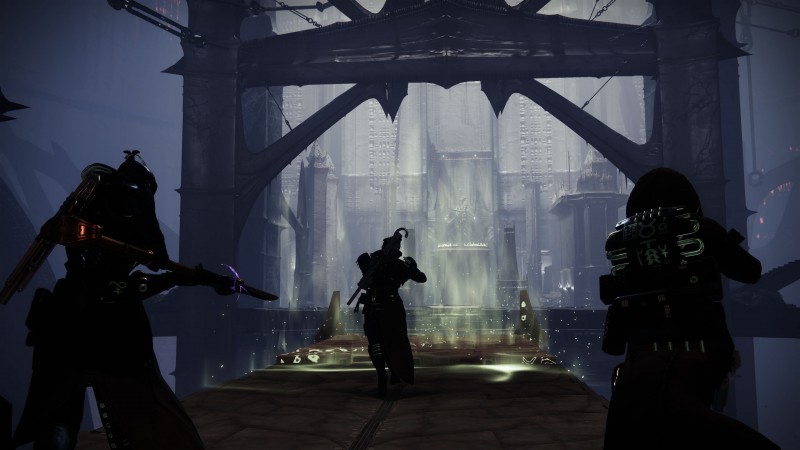 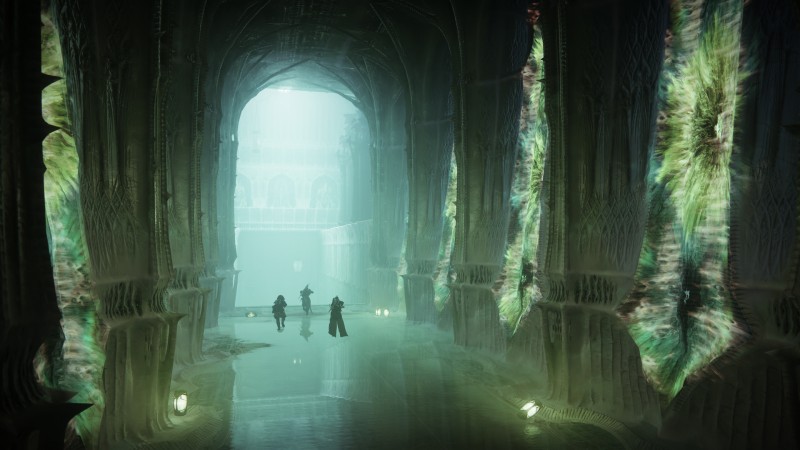 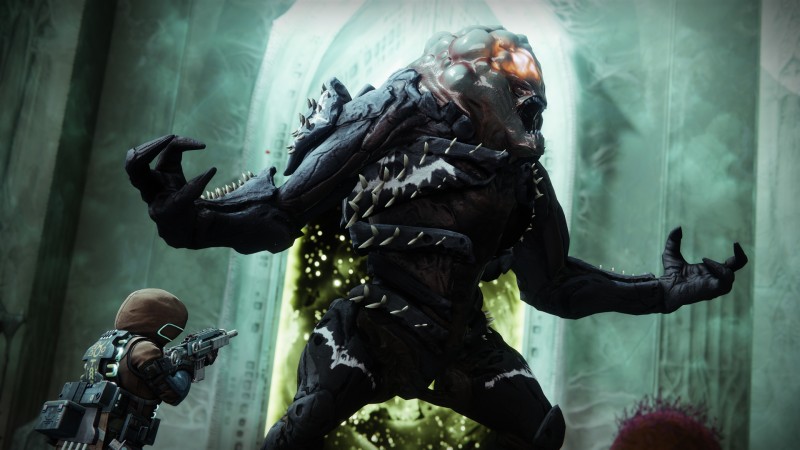 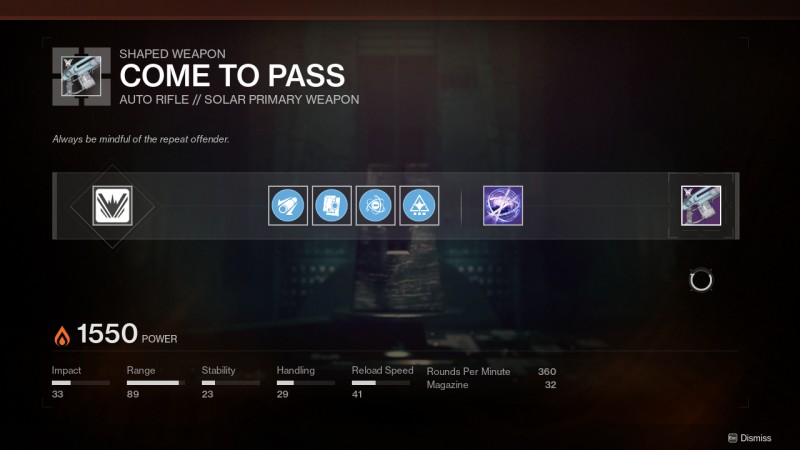 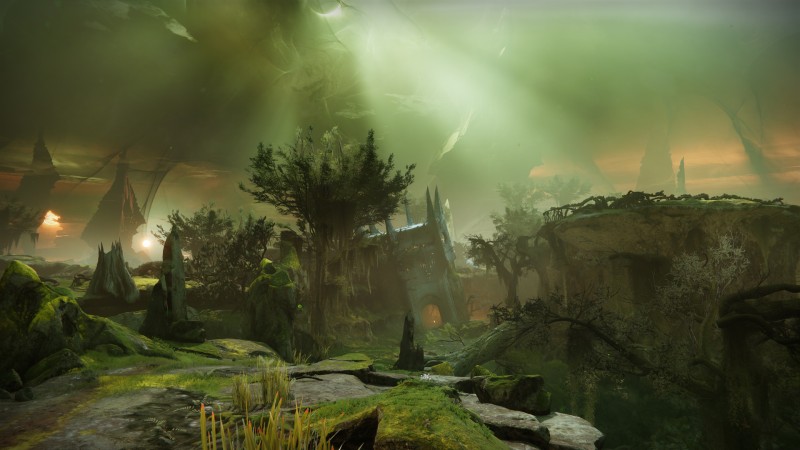 Off
9
About Game Informer's review system