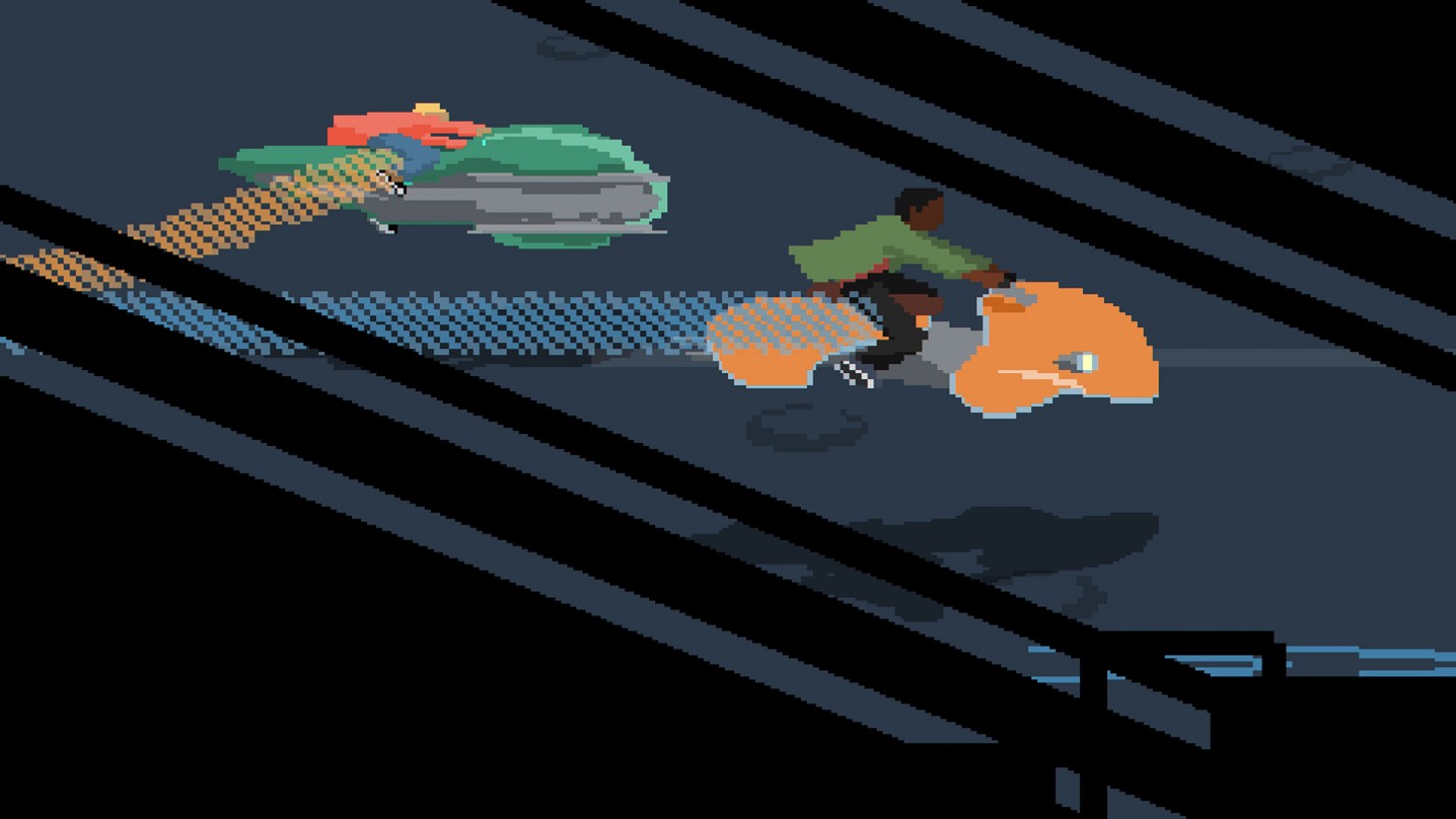 Desert Child casts players as a desperate young man who can barely make ends meet as he strives for glory as a hoverbike racer. But even when you get first place, you aren’t showered with prize money; sometimes you’re lucky to win enough to maintain your bike and get a decent meal. The slow struggle to amass wealth is an unconventional subject for gaming, and Desert Child conveys it well. However, when it comes to providing fun and depth, this stylish title doesn’t make it across the finish line.

You experience the world of Desert Child in two ways: racing and wandering. The races are short one-on-one affairs that make you weigh your boost and ammo as you try to stay in the lead. Though you can pepper the screen with bullets if you want to, the most lucrative strategy involves shooting certain hazards (like TV monitors that drop money) while trying to bash other hazards with your bike. The process isn’t complicated, and once you get the hang of it, the races don’t demand new tactics. Unfortunately, because your winnings are so meager – especially early on – you need to race a lot to earn the money to compete in the final contest. That may be in service to Desert Child’s overall message, but without any meaningful evolution, action quickly grows stale and repetitive.

The only major source of variety is what upgrades you install on your bike. Working within the confines of a grid, you place mods of different shapes and sizes, then junction power to them to enhance their effects. This can result in things like a higher ammo cap, more money, and bigger bullets. However, because the total upgrades are few (and the upgrades you can equip at once even fewer), you don’t have much opportunity to develop different playstyles. You can technically use various guns, but that choice is made at the very beginning and set in stone, so you need to start a whole new game to experiment with those options.

The shallow racing puts the burden on your off-the-track activities to keep you invested, but those also fall short. While roaming the city, you can pick up other jobs (like pizza delivery and kangaroo herding) that are just different spins on the basic racing formula. Otherwise, your time between races is spent walking slowly across multiple interconnected screens in a routine of simple tasks like repairing your bike, buying some food, and depositing your leftover money in the bank. The distance between these errands is frustrating, because you don’t have anything interesting to do in the world as you make the rounds.

Though Desert Child doesn’t always succeed in its ambitions, it usually looks good in the attempt. The pixel art and soundtrack create a slick retro atmosphere, and unique camera angles give you surprising looks at certain parts of the city. But again, it all feels superficial because the minimal story and dialogue mean that you never get a good sense of the futuristic setting beneath its junky, dystopian veneer. Some of it is good for a chuckle (like how all food is just called “burger”), but don't expect to form any attachment to characters or the world around them.

Grinding for slim rewards during the few hours it takes to finish Desert Child  encourages you to think broadly about financial hardship. While that’s a worthwhile topic to consider, the inert world and thin gameplay aren’t enough to translate Desert Child’s core concept into an entertaining game. 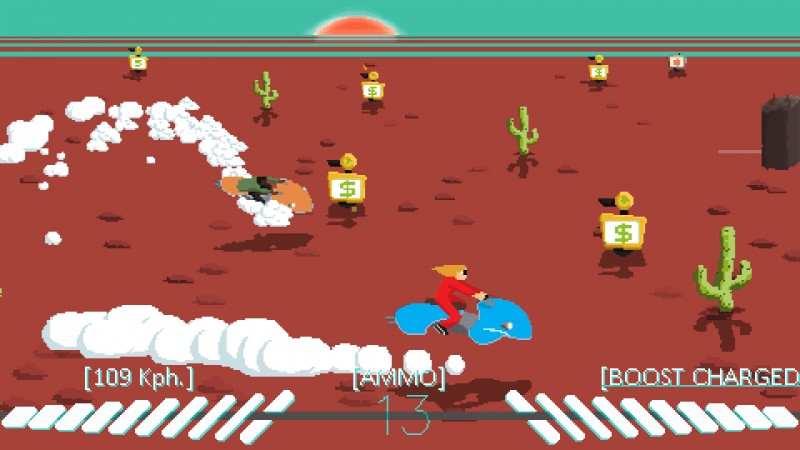 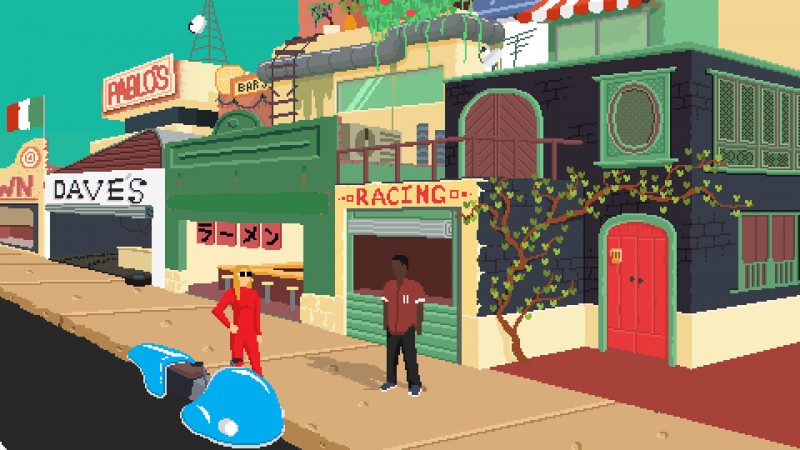 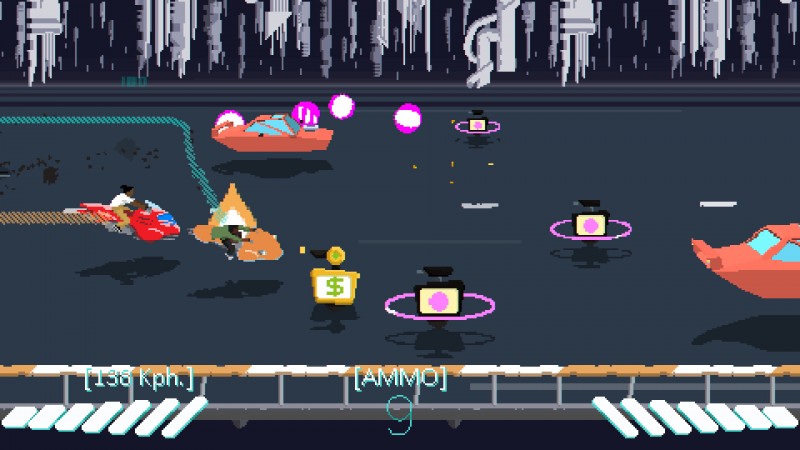 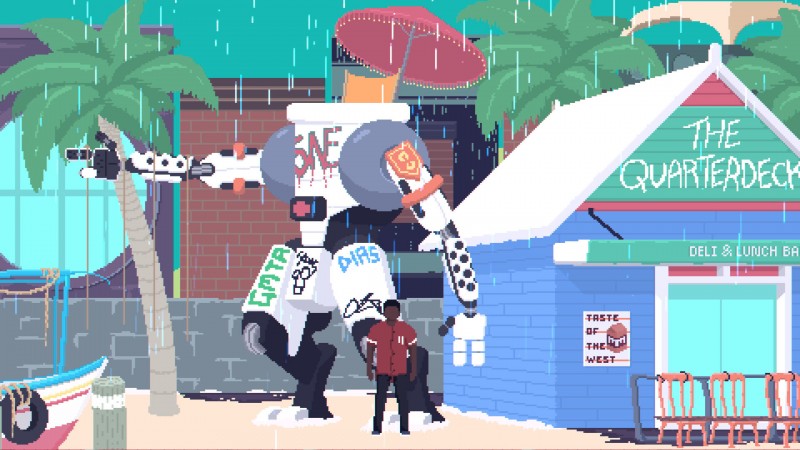 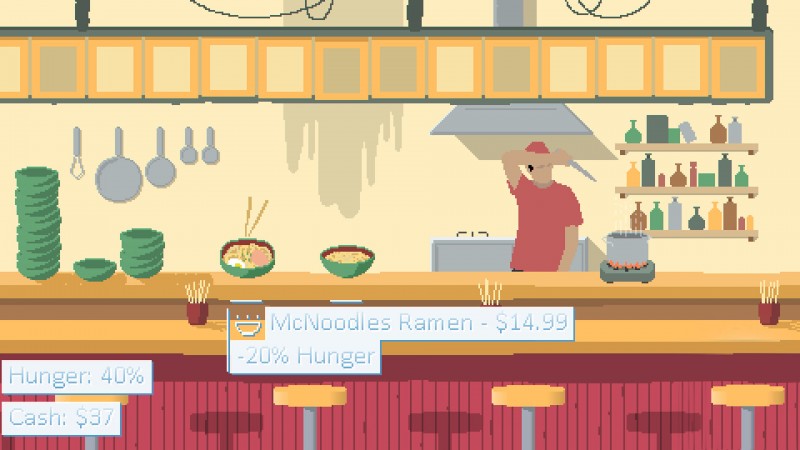 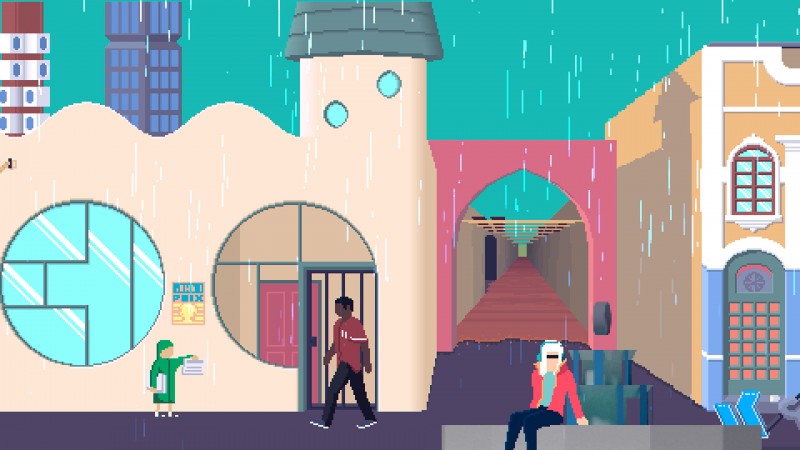 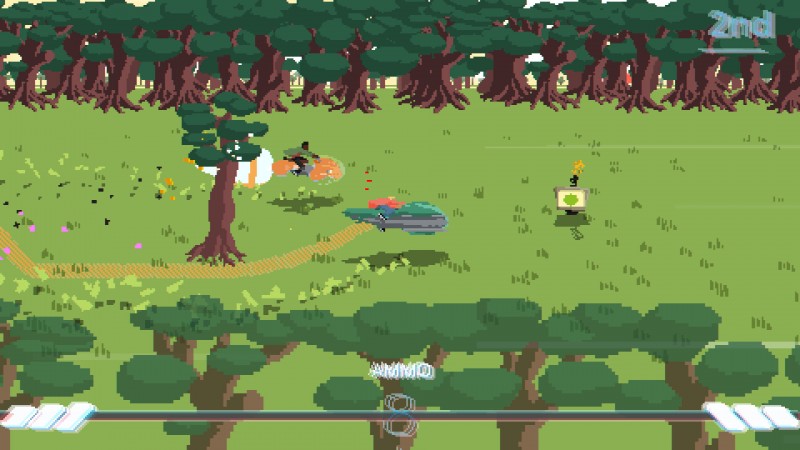 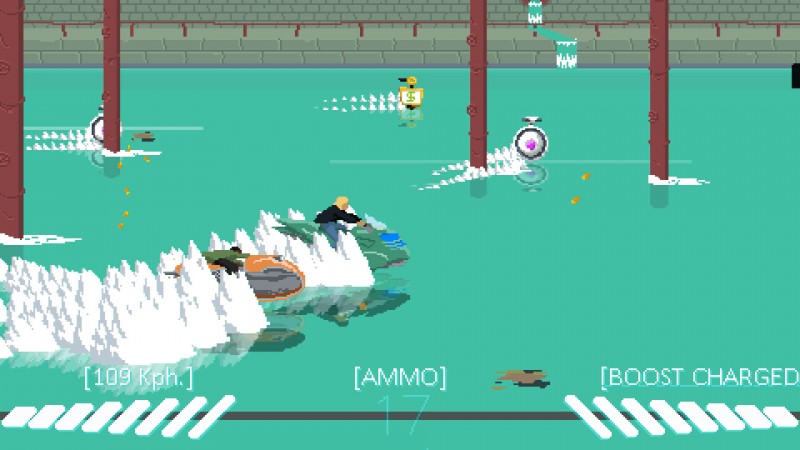 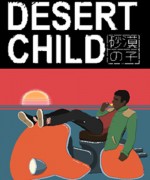 An interesting concept can't quite carry this racing/simulation hybrid across the finish line.

Purchase More Info
6
i
Game Informer's Review System
Concept Race your hoverbike and save up money to survive in a bleak future
Graphics Stylish pixel art and interesting camera angles create a colorful world, even though it feels shallow
Sound The music helps establish Desert Child’s unique atmosphere, but none of the tracks stand out
Playability Controlling your bike and exploring are easy, even if they aren’t engaging
Entertainment Desert Child has interesting ambitions that never quite develop into an enjoyable experience
Replay Moderately Low